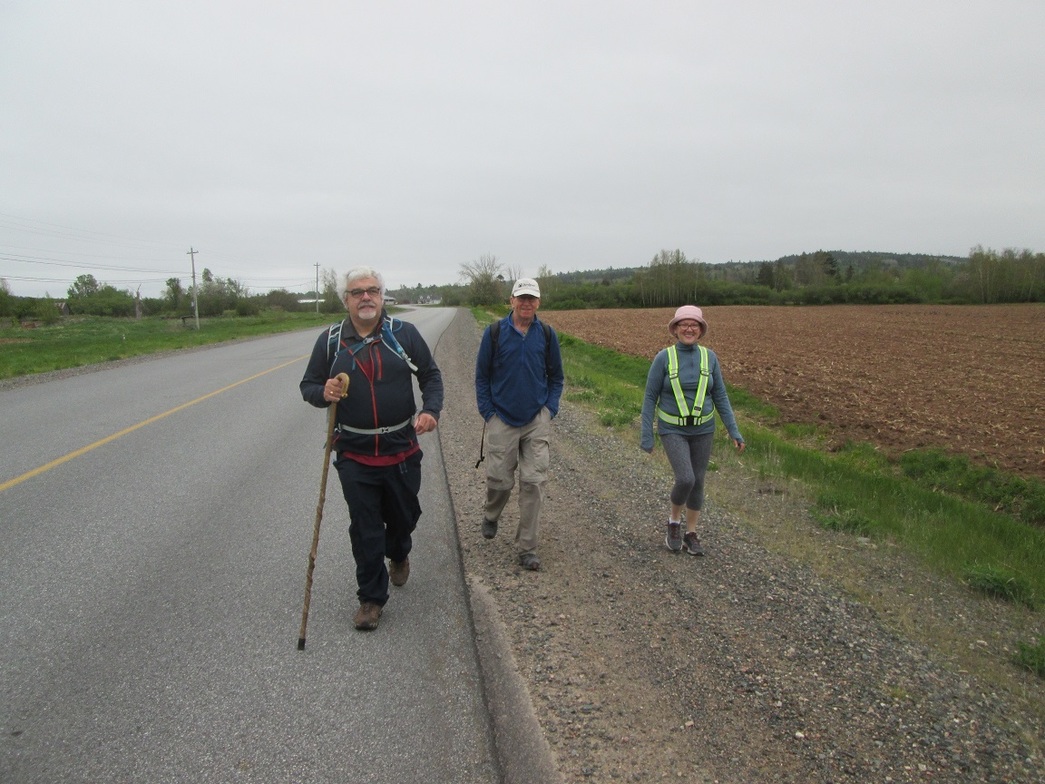 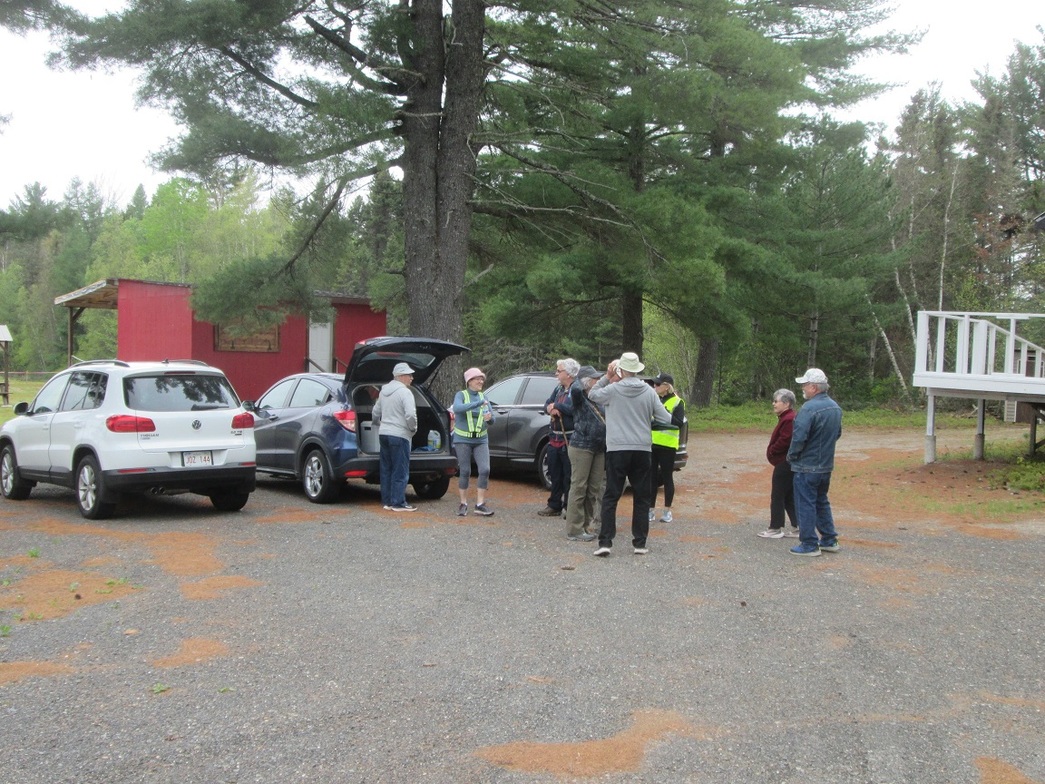 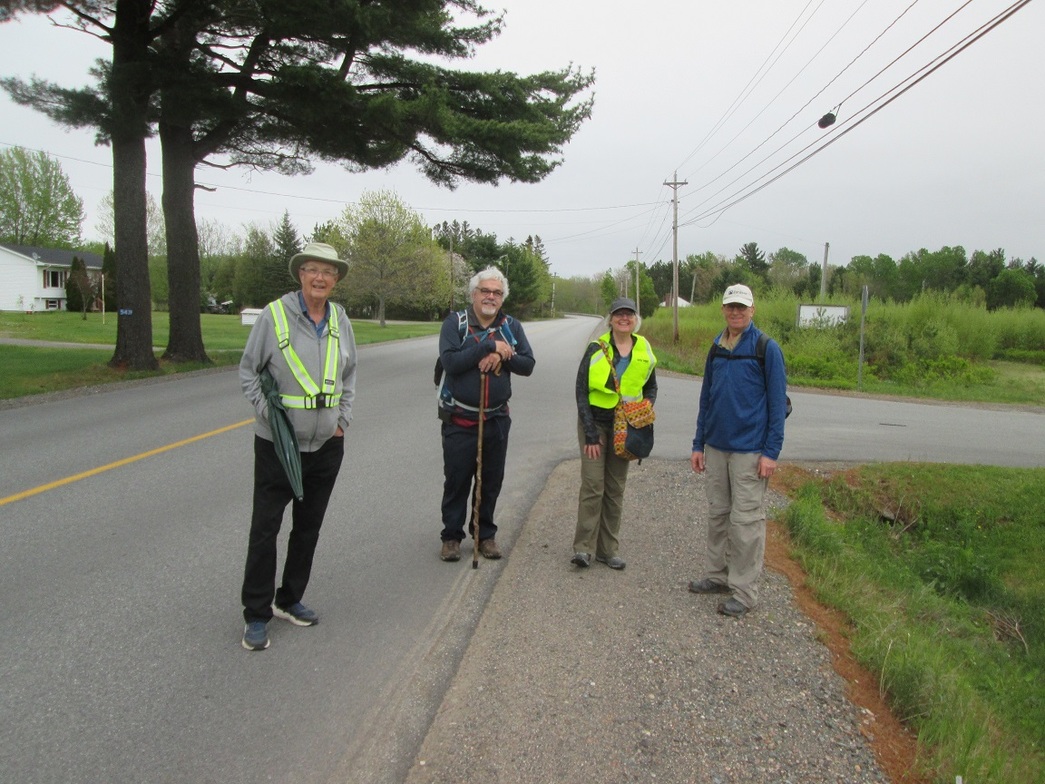 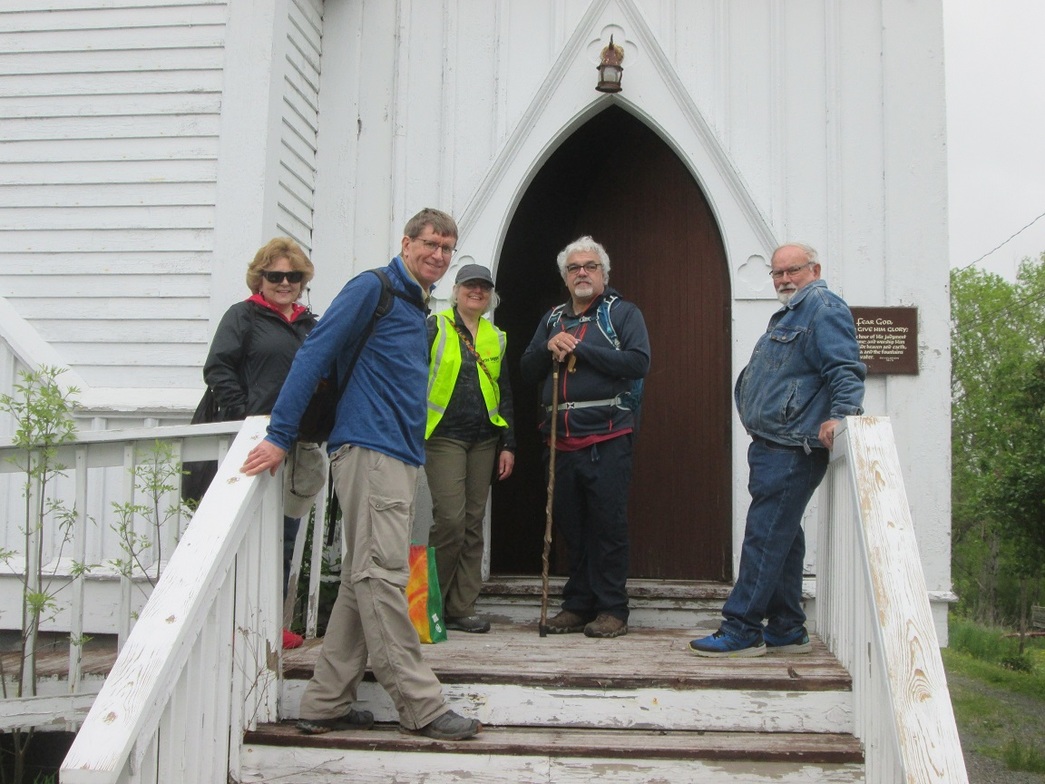 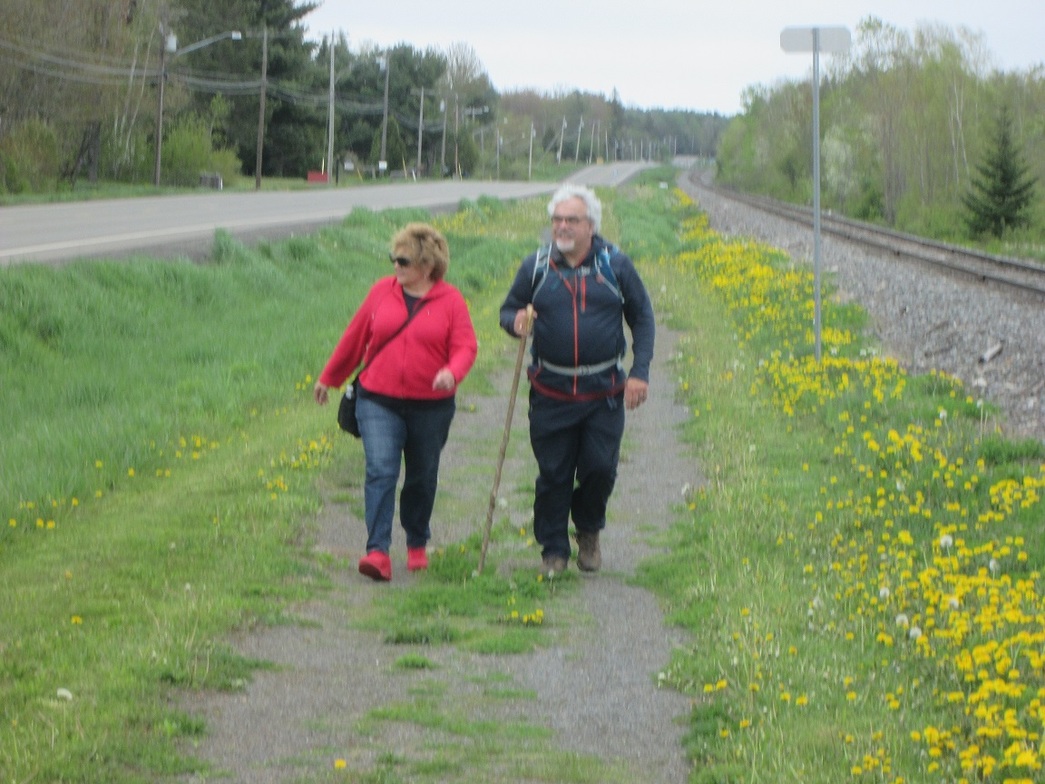 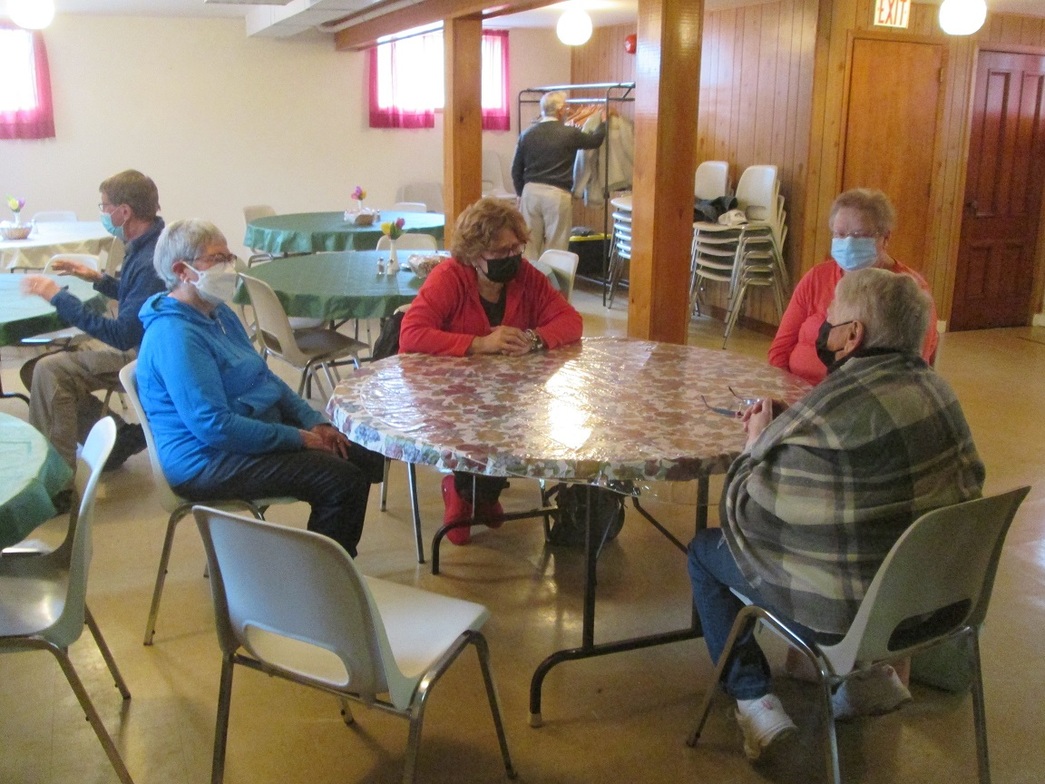 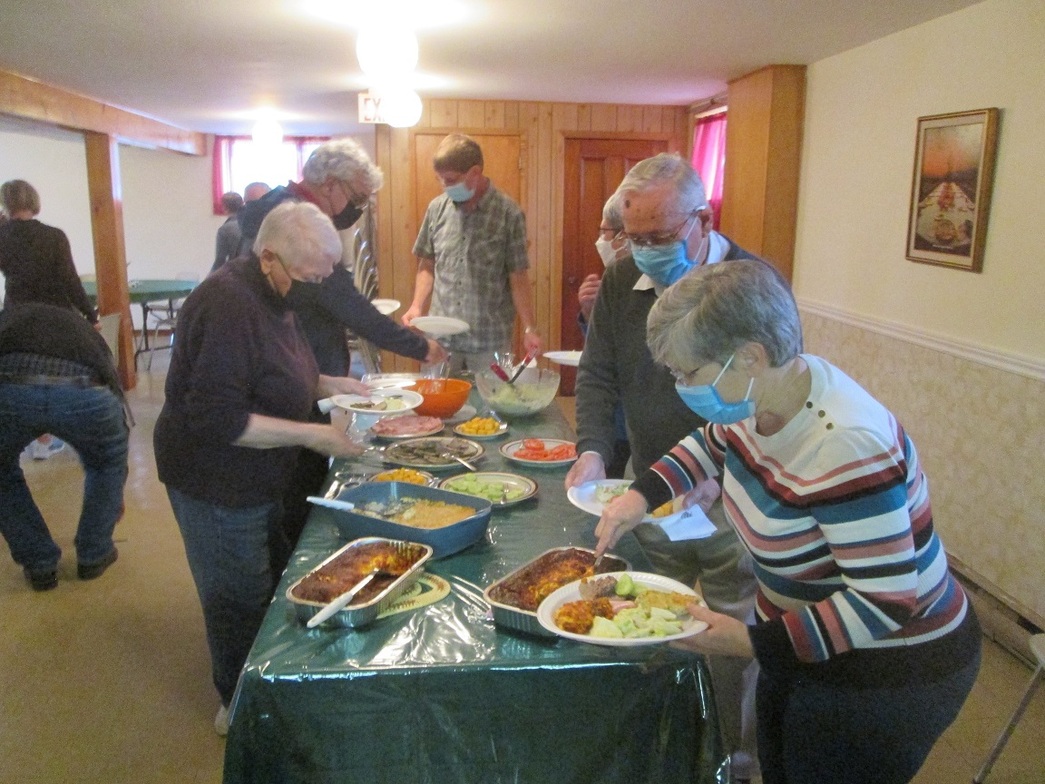 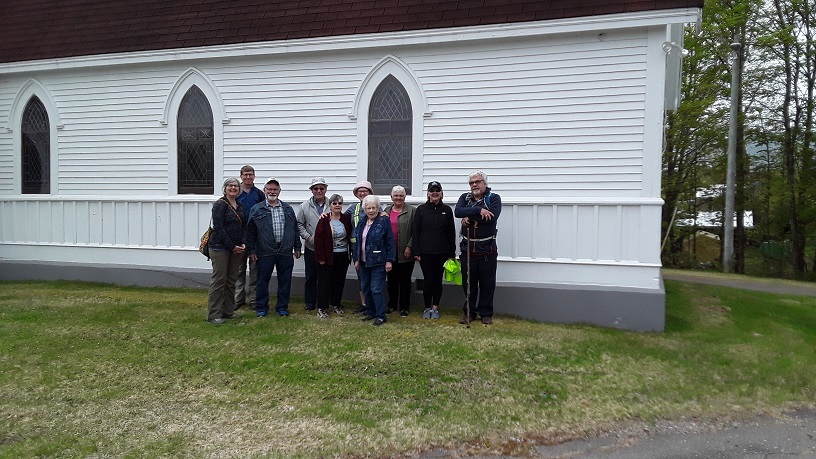 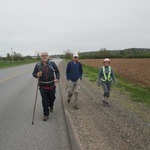 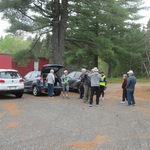 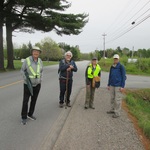 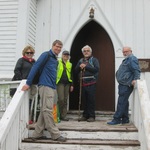 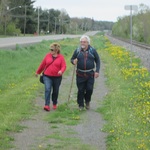 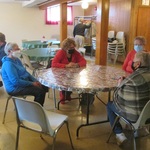 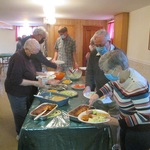 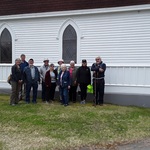 After a 2 year hiatus due to COVID-19, Trevor and I are able to begin the final chapter in the Archdeaconry pilgrimages which began in St. Andrew's Deanery in 2015. Had things gone according to plan this year we would have been walking El Camino in France and Spain, but they didn't and we aren't.

This morning we began with Morning Prayer in Hoyt, we then walked to Fredericton Junction for Midday Prayers and lunch. Then on to St. Mark's, Tracy, from where I am writing to you now,  just after we have said Evening Prayer. That was an 18.5 km walk and I have to say my body knows that it was long for a first day.

When something is delayed we tend to ask why it has happened. I think there are at least two answers to this. Firstly, it just is. There is no particular reason why, life happens. The second is that God has a particular purpose for the lateness and it will be revealed as we go along.

The truth is it does not really matter which way we think about the question. Our role is to try to seek God's direction in the situation in which we find ourselves. We are to be open to whatever it is that happens along the way.

If we look at the example of Jesus that is exactly what we see. He said that his purpose was to bring glory to God. As he was heading for Jerusalem a blind man, Bartimaeus, called out to him for mercy. Was this pre-planned or just something that happened? We cannot know. What we do know is Jesus responded to his need by healing him.

As we walk the way may we be open to God's leading.

Praying for God's protection as you journey...Cindy