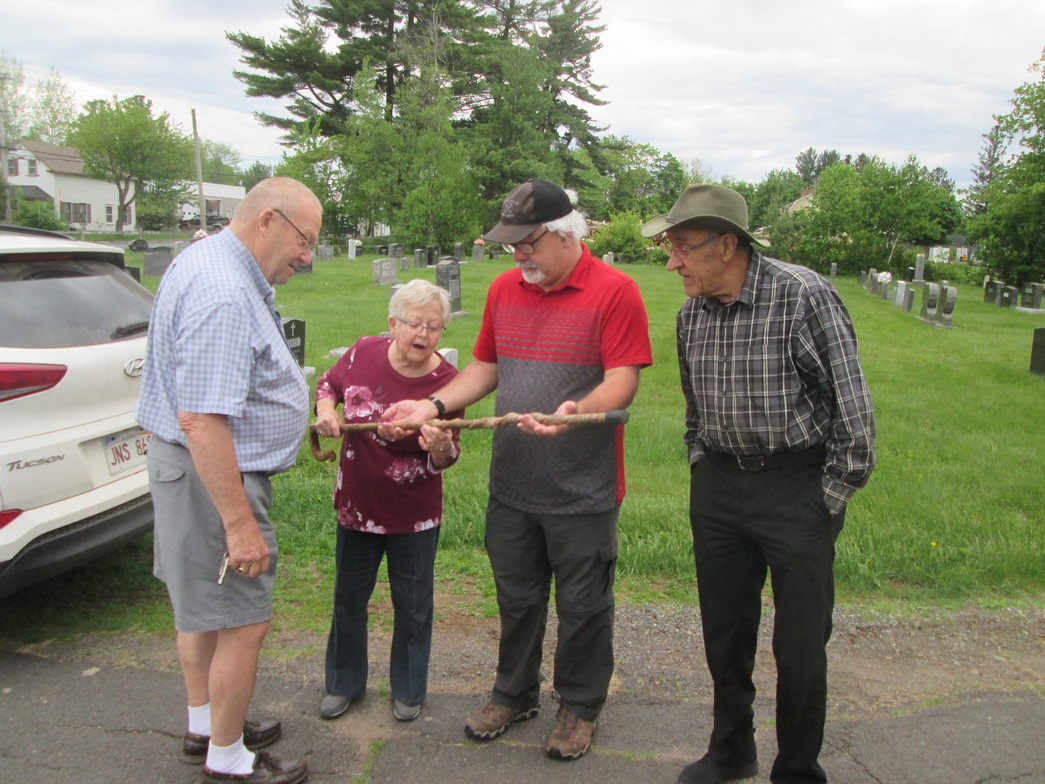 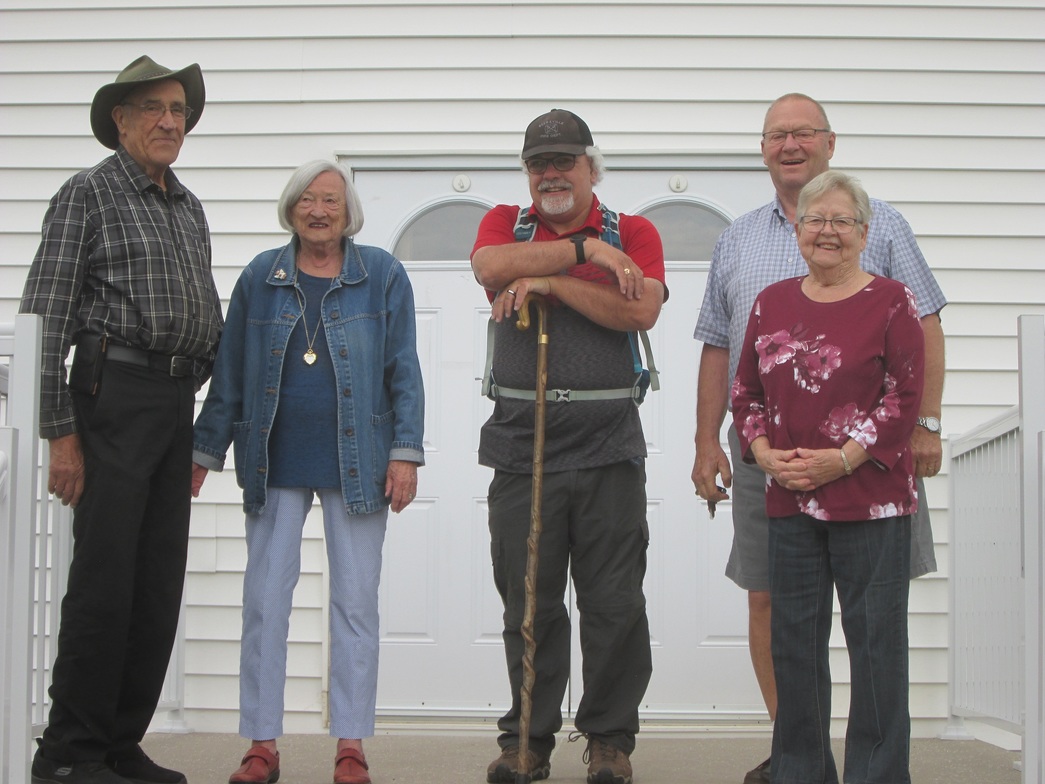 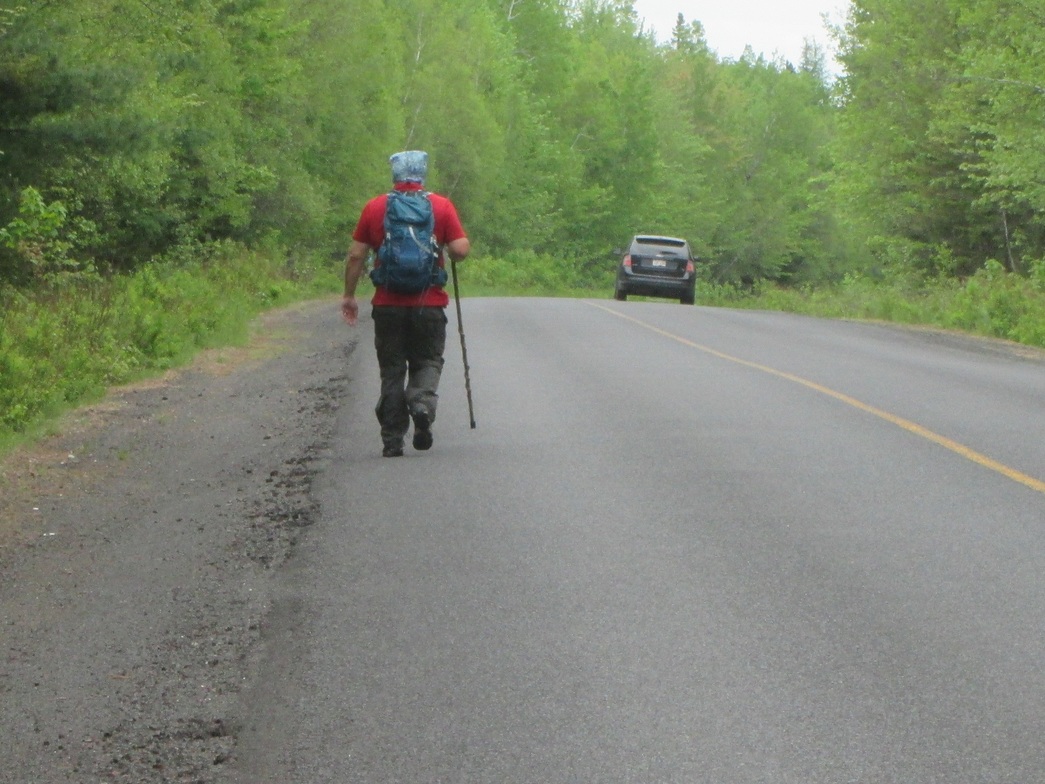 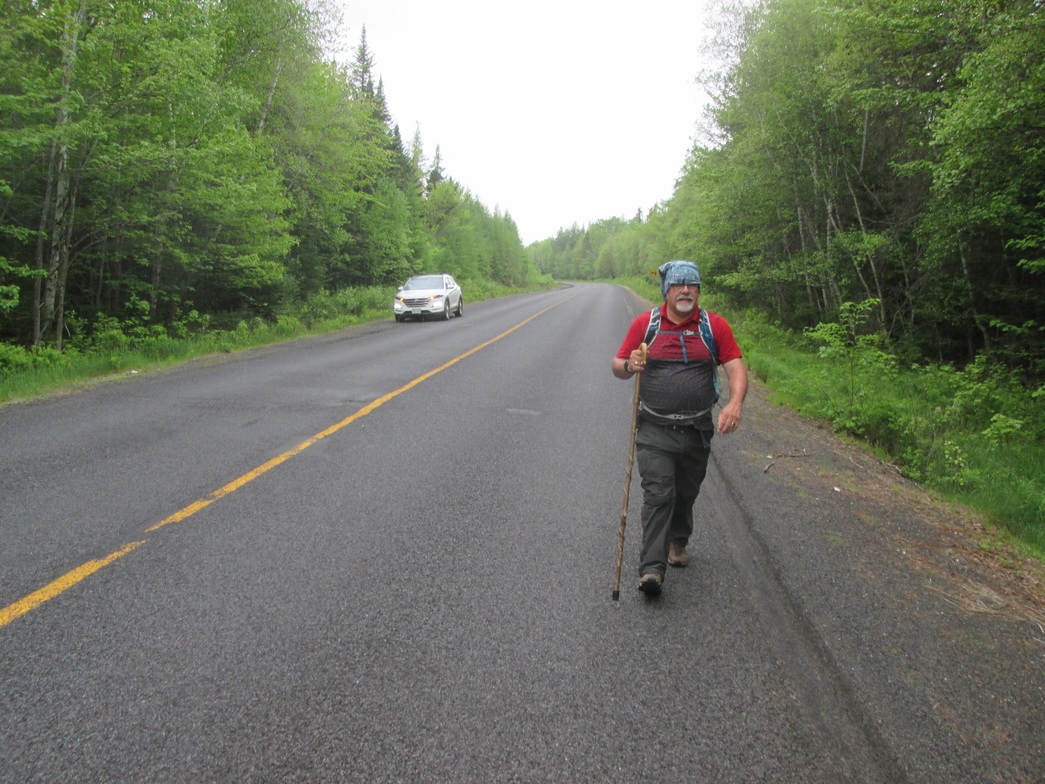 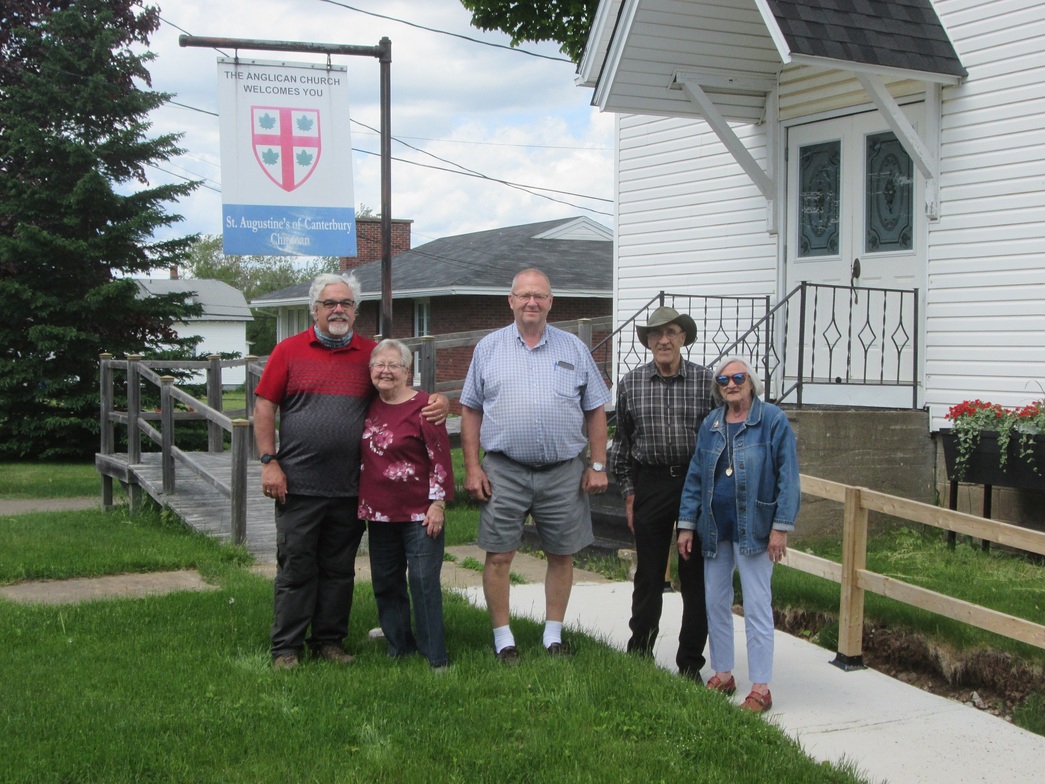 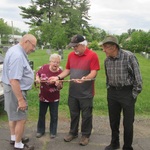 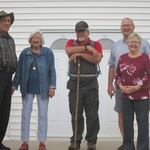 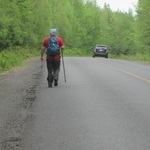 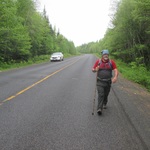 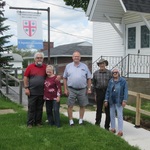 Today was the longest walk so far. We travelled from Minto to Chipman, which is somewhere around 22 kms, via the route we took. There were lots of bugs en route; thankfully we had two cars escorting us for most of the way. This did not affect the number of critters around us, but it meant we had somewhere to go for lunch. In addition it attracted attention. Someone on Facebook asked who the two guys walking with an escort were and a church member was able to explain. In addition a reporter from the local monthly newspaper stopped and asked us what we were doing. We told her and will feature in the June edition.

One of the opportunities that has arisen today is that I have been able to pray with people who have had significant issues arise in their families or circles of friends. Usually these events have happened elsewhere in the country. I hope that our being able to pray together has brought some comfort. What we know is that despite being separated by distance God is right there with the person we love. Intercessory prayer on behalf of another person is one of the greatest gifts that God has given to us, and we should be ready to use it.

Tomorrow we head for Doaktown and then on to Ludlow. It is an 18 kilometer day. At the last count we have covered 125 kms thus far. Only another 88 to go!