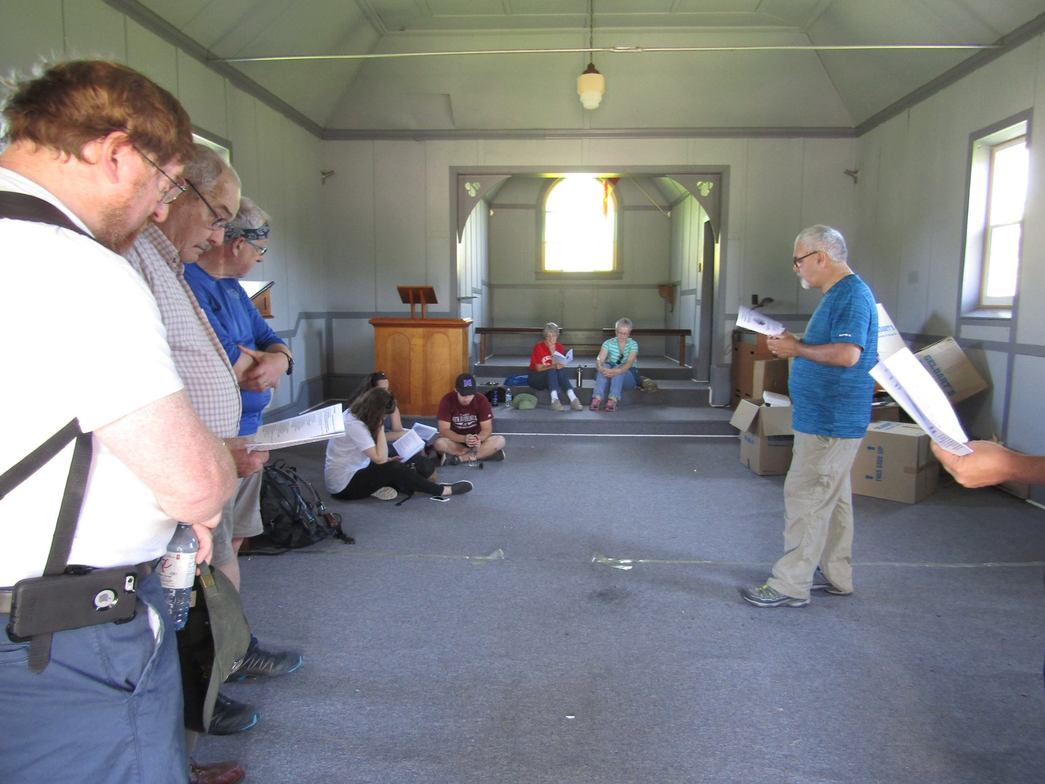 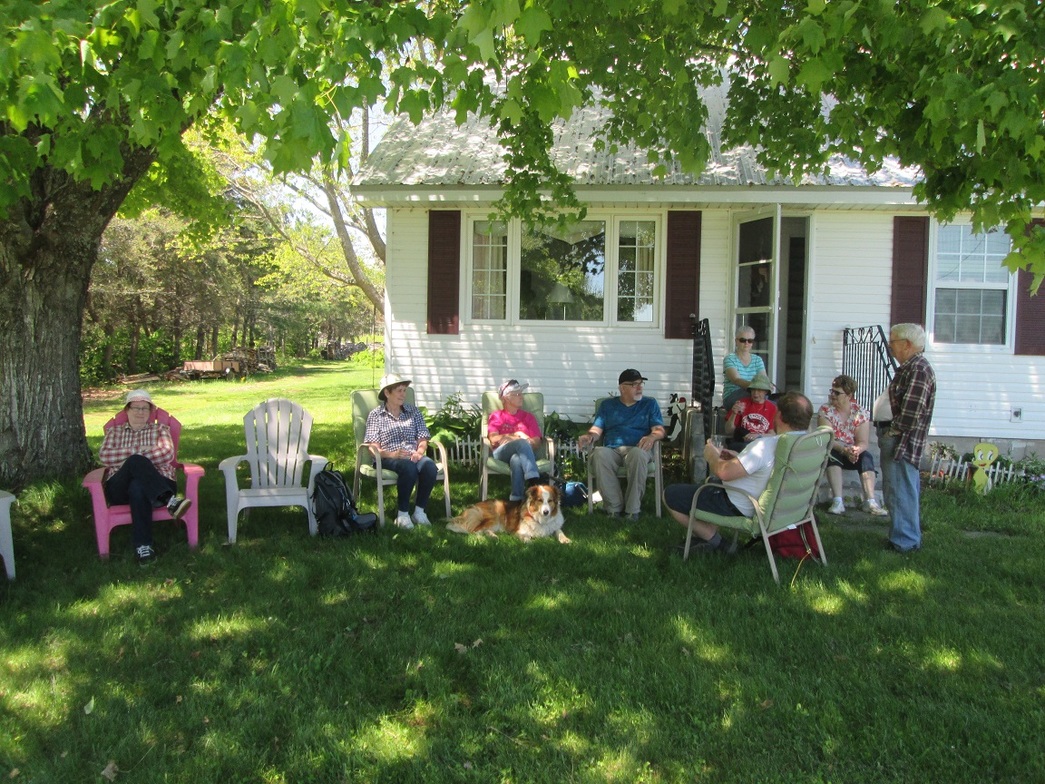 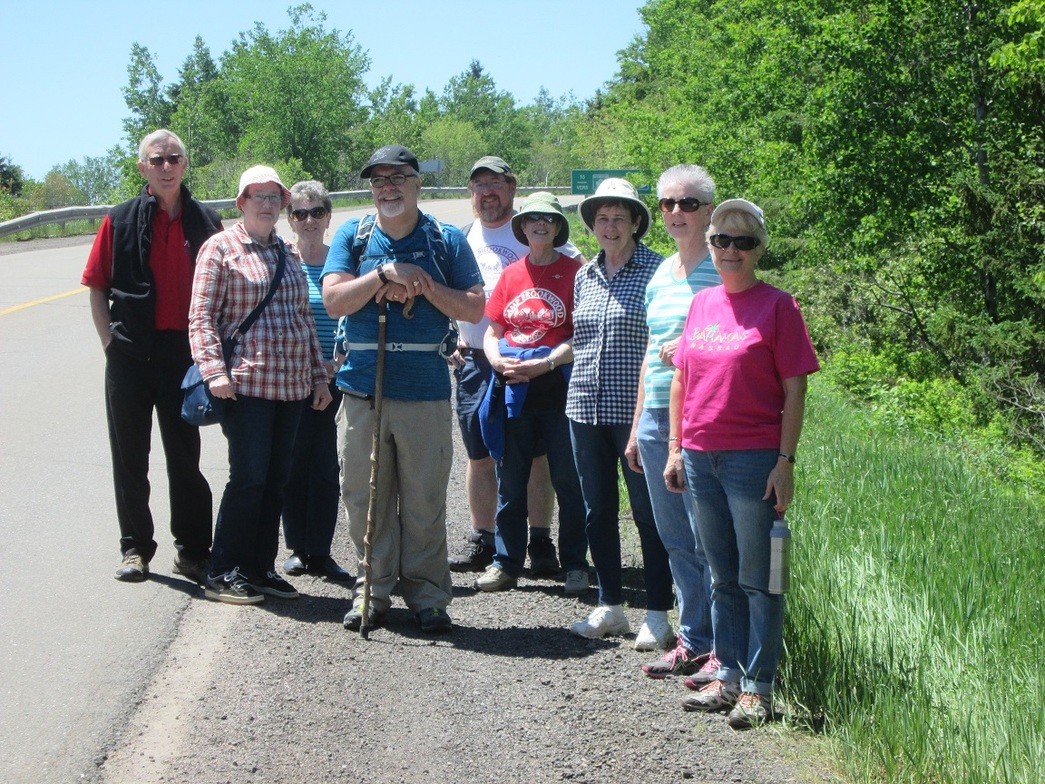 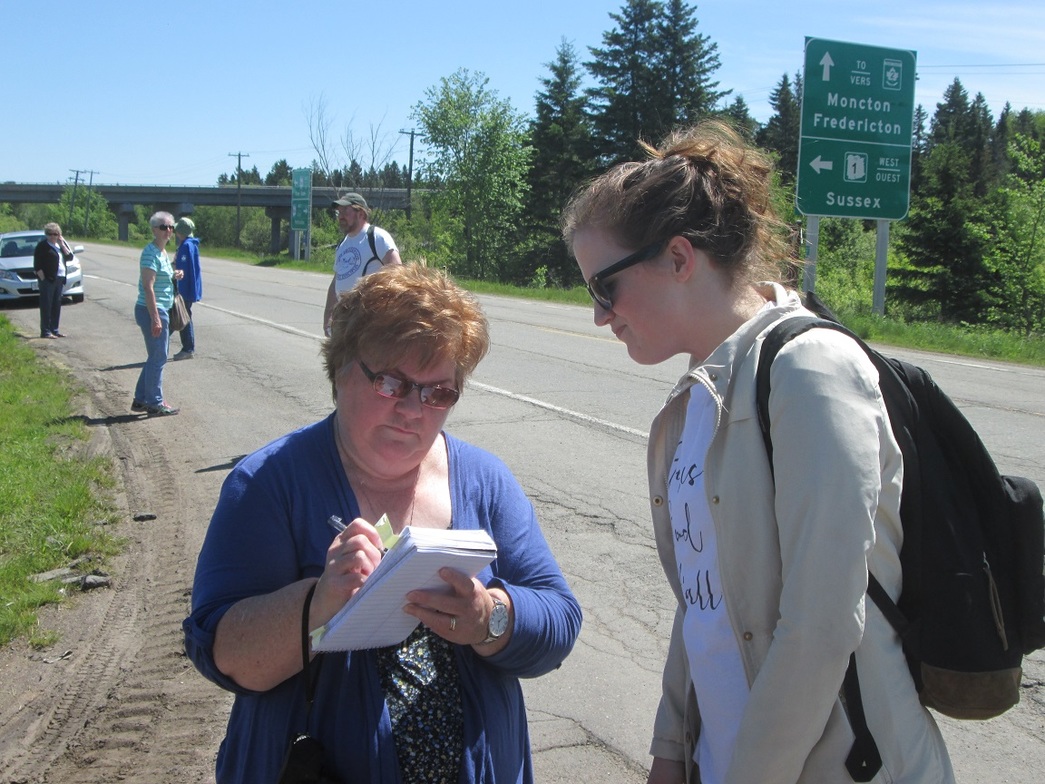 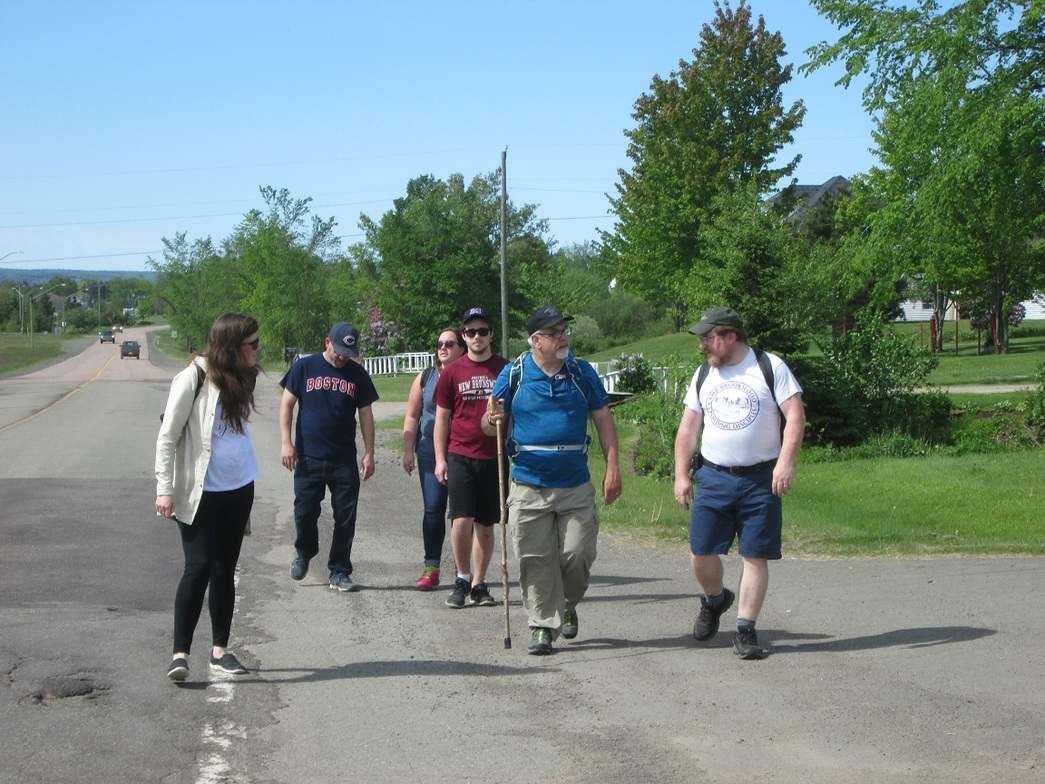 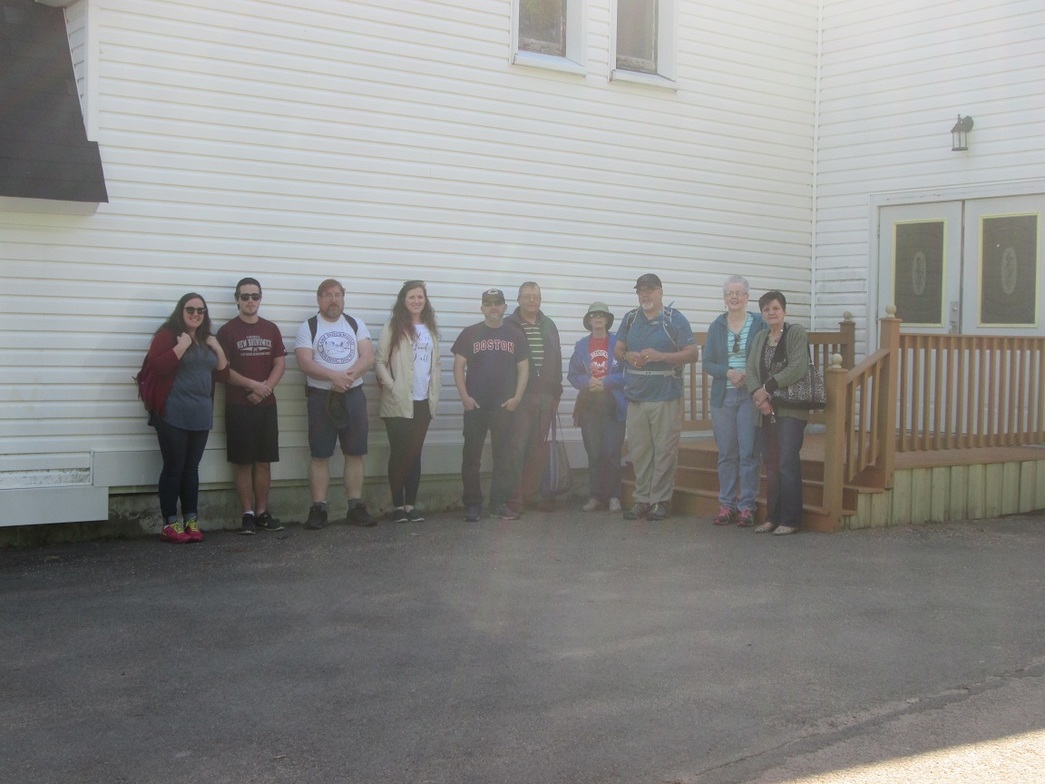 We have experienced our first really warm day. This afternoon the temperature rose to 23C which is a little high for walking, but the cold previous days meant that no one complained. A good number of people joined us from the Parish of Salisbury and Havelock, as well as some of the staff from Camp Medley and one person from the Parish of Richmond. In addition, people were out of their houses more than previously, which meant we were able to greet them along the way.

Another great thing was that we were invited to stop for iced tea and a seat in the shade of a Maple tree by one of the parishioners. It is where we also met Shep the dog.

There was almost a nasty incident on the road. We were walking facing oncoming traffic, quite safely, when I heard a roar behind us. Before I could think I felt the brush of air from a car against me. What had happened was that someone had decided to overtake a slower vehicle right alongside us. Had I taken one step to the right in all probability I would not be writing this blog this evening.

The incident set me thinking about the fragility of life. The margin between everything being fine and the whole world turning upside down can be very slim. We have seen terrible examples of this apparent randomness around the world recently, but these are the events which hit the headlines. On a much smaller scale, one step to the right happens to many people every day and can be devastating.

It led me to ponder the subject of where does our security come from? In my case I know it is centred in Jesus. This is not a pat answer; it is a conclusion I have come to over many years. Yet had I been killed today it would have been devastating for my family and friends. It is in cases such as this that we as the Church need to gather around those who face the pain of loss. We need to stand with them.

The Body of Christ is the place of hope. It is central to our message. We are called to love as God loves in the midst of suffering.