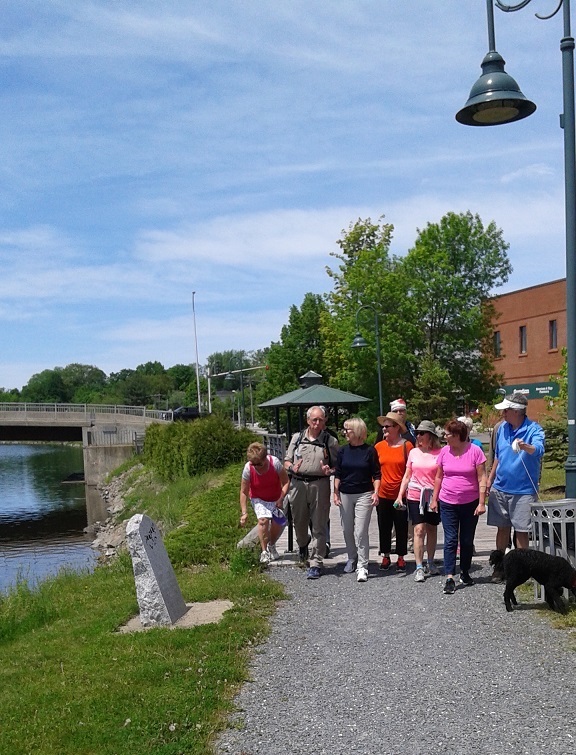 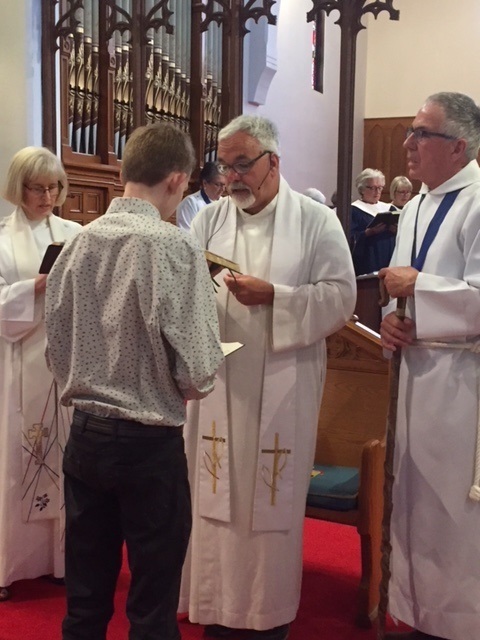 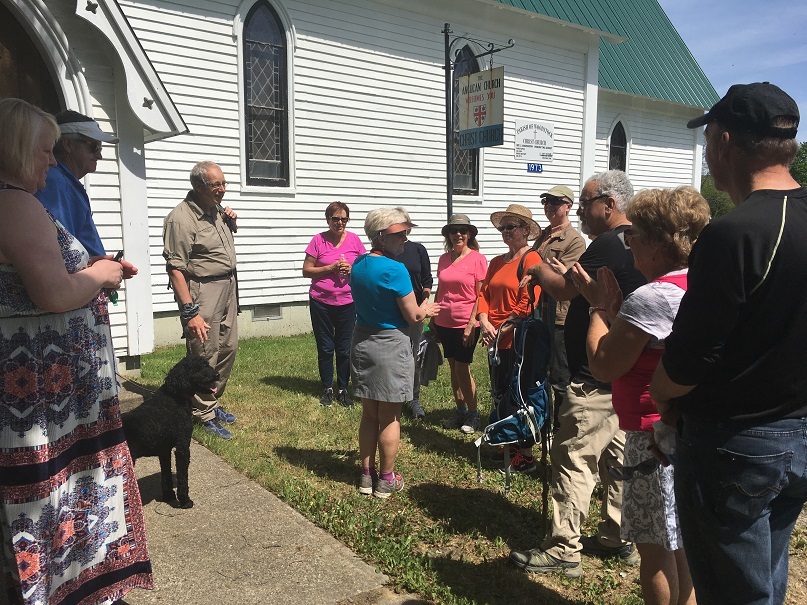 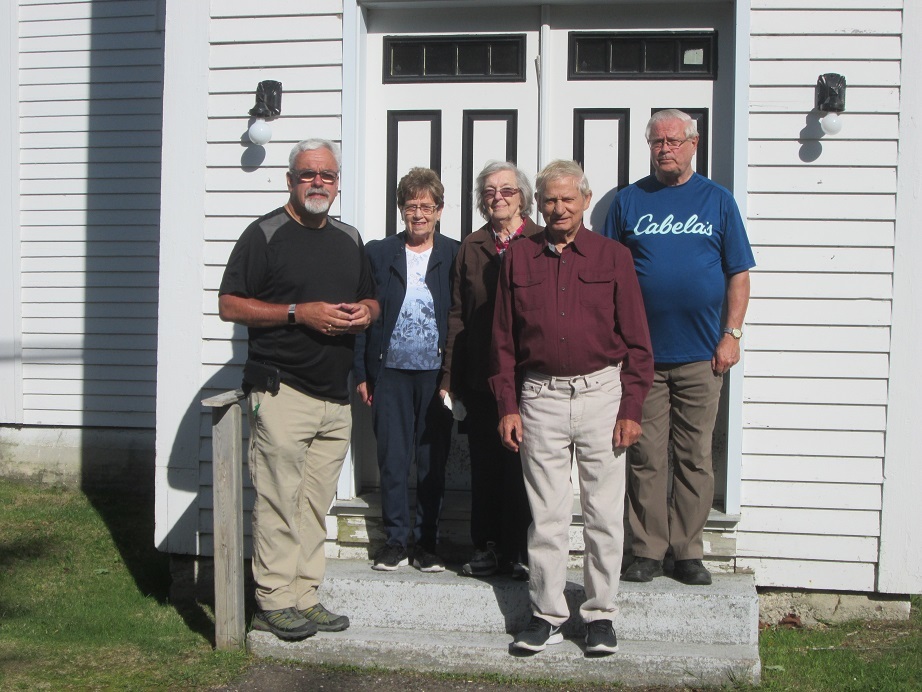 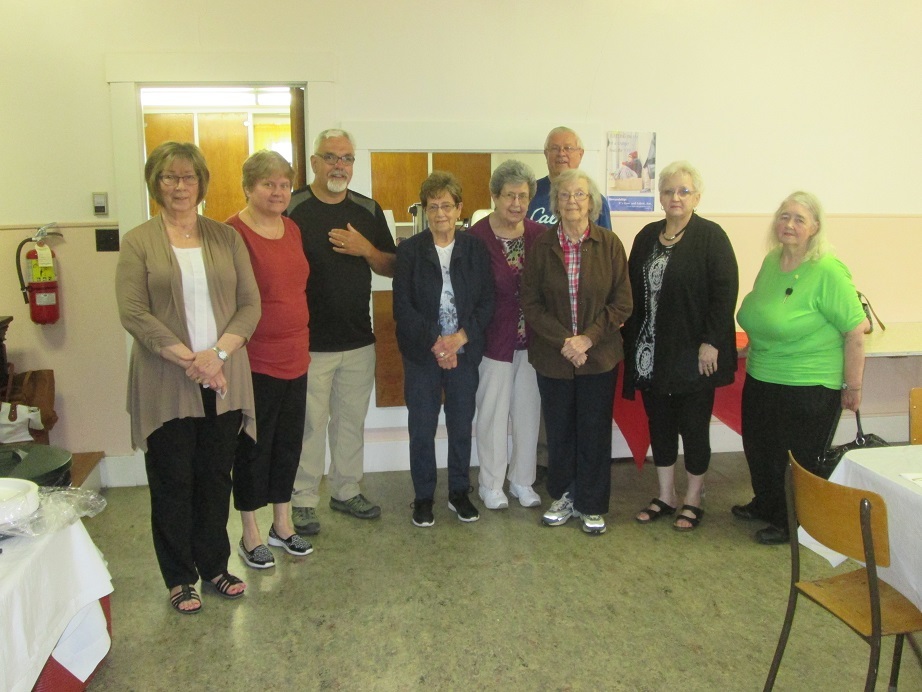 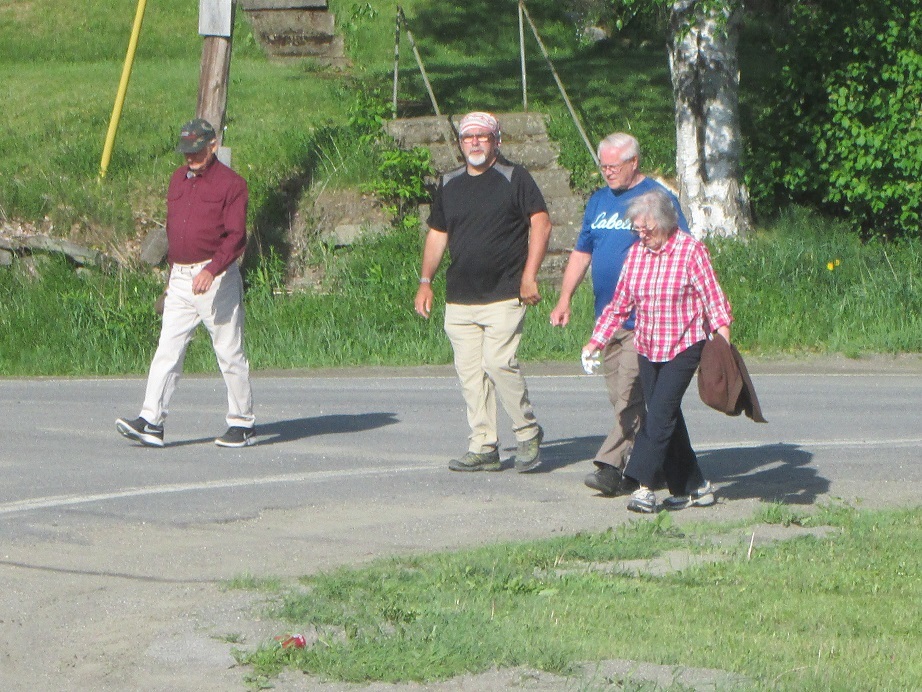 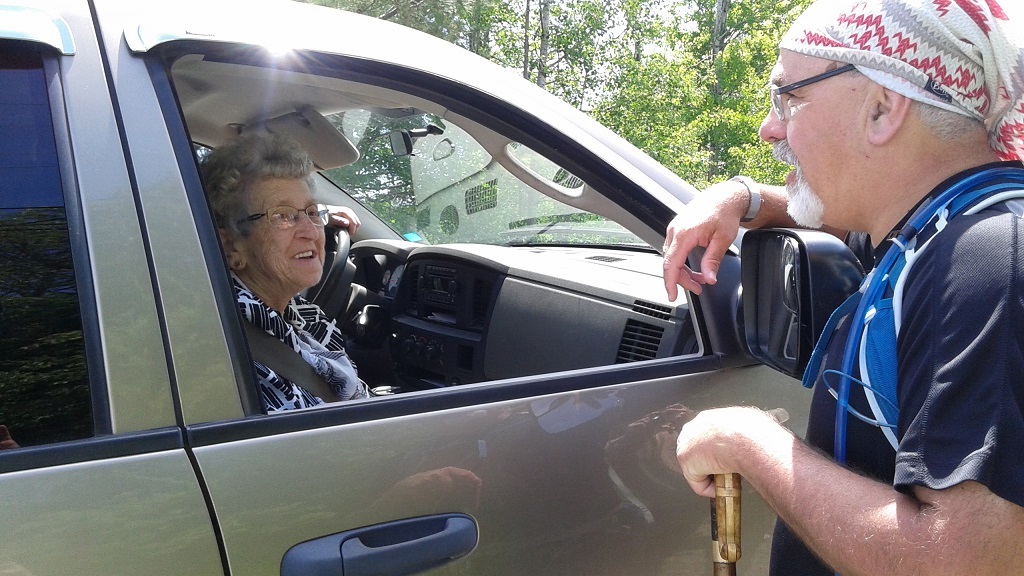 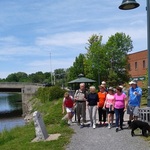 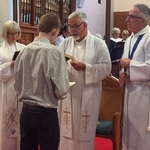 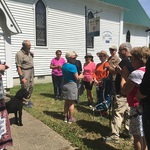 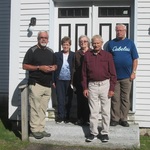 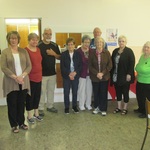 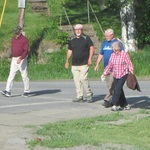 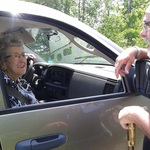 There are many questions that we might like to ask God, but I think one of the most valid is, Why the mosquito? Followed closely by, Why the black fly? Both of these insects have been both numerous and voracious today, especially in the Canterbury area. I am told this is a particularly bad year. I hope it is for the people who live here because to face this each spring and summer would be unbearable. Those who have taken up the recent fashion for eating insect-based food could have a feast.

Our day began at St. Luke’s, Woodstock, with Confirmation. It was a joyous service in which I was able to confirm Dalton. He was baptized last week and later in the summer he is going to the CLAY conference in Ontario. He, another young man, Adam, and the parishioners have been busily and successfully raising funds for the trip, which is great to see. I trust they will have a tremendous time.

After a fine lunch we set out on the trail from St. Luke’s to Christ Church, Lower Woodstock. There was a good number of us and Murdoch the dog. It was a relatively short walk in a reasonable temperature and it ended our pilgrimage in that part of the diocese. We said our farewells and headed to Canterbury where we worshipped, ate and walked.

It was inspiring to read about the ministry of Mr. Hartin, the first rector of the parish. He was described as a pioneer along with other pioneers who established the community here. Hartin was both a schoolteacher and cleric. He established both a church and a school in the community, as well as another church at Skiff Lake. His belief was that education was the way forward for people in the community and he was committed to that goal.

Having said that it is sad to see Canterbury today. As with many of our rural communities, much of what was here has gone, along with the people. At the centre of the village, there used to be two places which provided accommodation for travellers, a railway station and at least four stores. Today the only thing remaining is a store/garage/café, which sells everything from milk to plumbing supplies. We received a great welcome from the owner as we passed by. She had been told that the Bishop was coming through. It was good to meet her and have the privilege of praying in the store.

Prayer has made a significant impact on me today. I have been asked to pray for several people who have matters they wish to see brought before God. We too easily forget the importance and the power of prayer. We need to be imaginative in creating ways to enable people to more easily ask for and receive prayer as they need it in their lives. When I was in parish ministry I was often stopped in the street and asked for prayer. How do we make this more obvious?

Tomorrow we head for Temperance Vale and Prince William. The Pilgrimage for this year is drawing to an end. I wonder what lies in store for us in the next 2 days?

It was a wonderful experience for us in the Parish of Woodstock, and no doubt for everyone in the Archdeaconry of Woodstock who actively participated in the Pilgrimage in some way, to have Bishop David and Trevor visiting, walking, sharing meals around a table, receiving hospitality from faithful servants of God, praying together, and truly living out the gospel daily. I pray this experience will have a lasting impact on our communities.