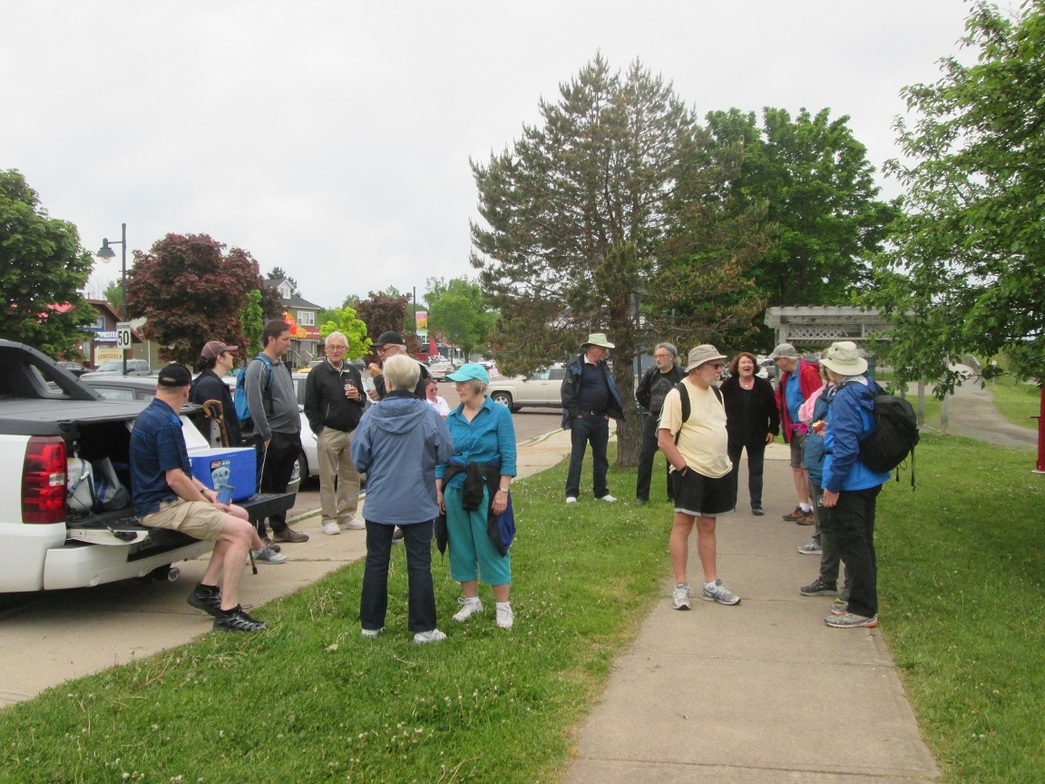 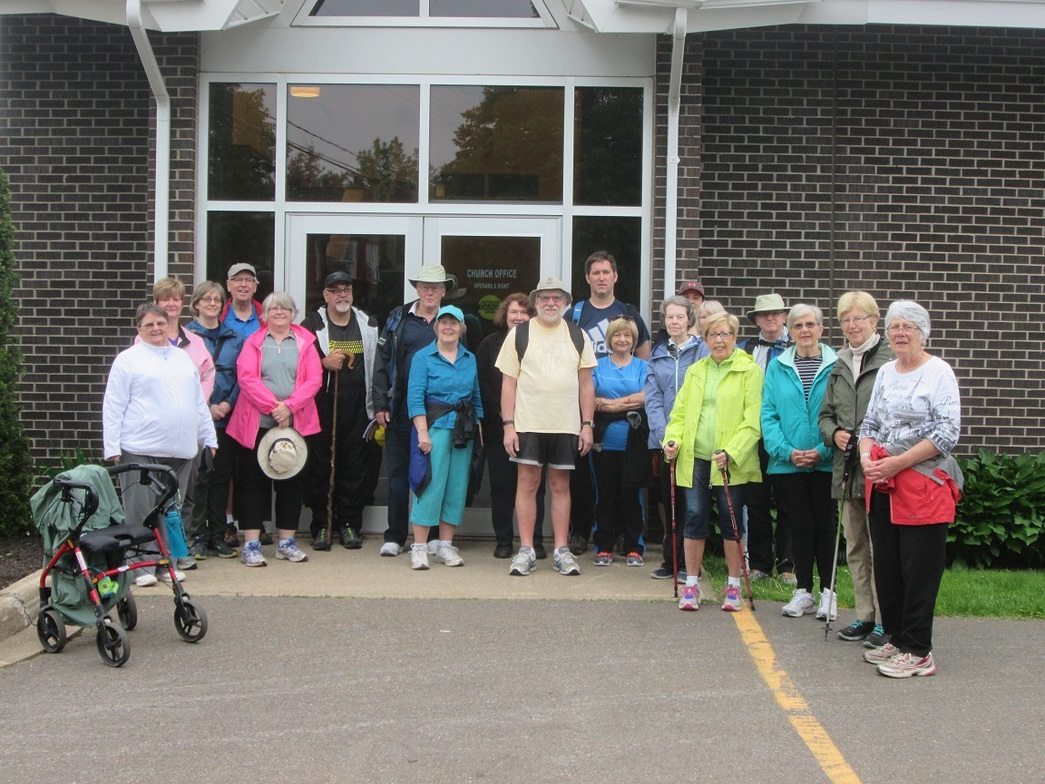 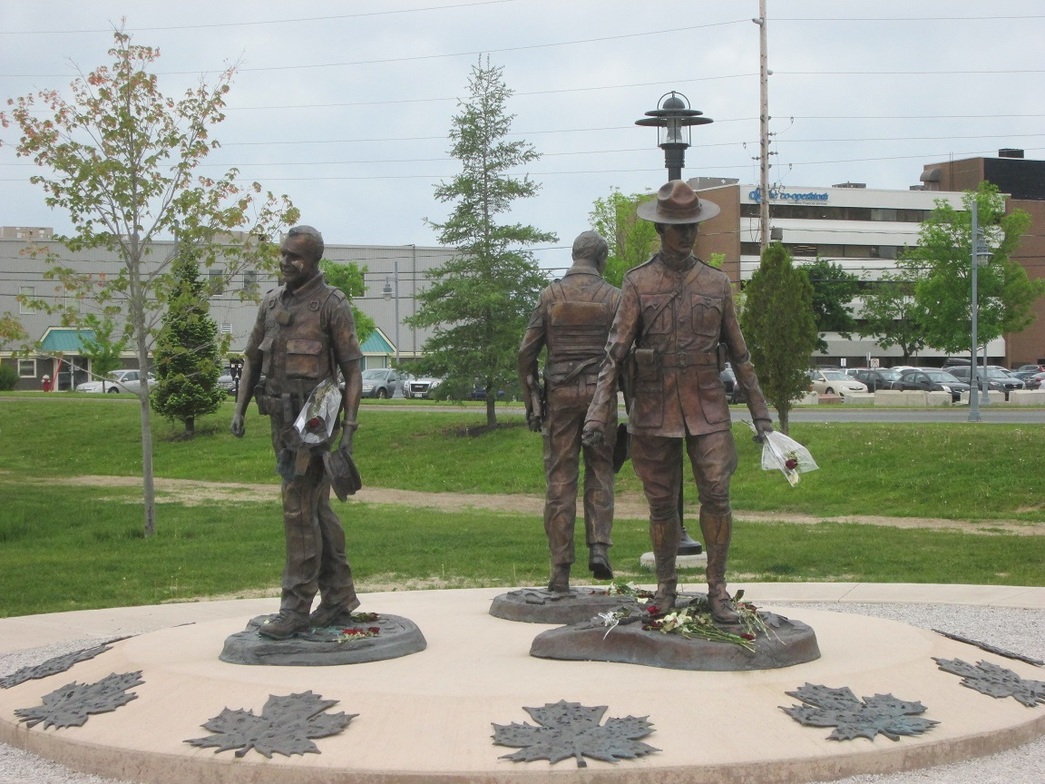 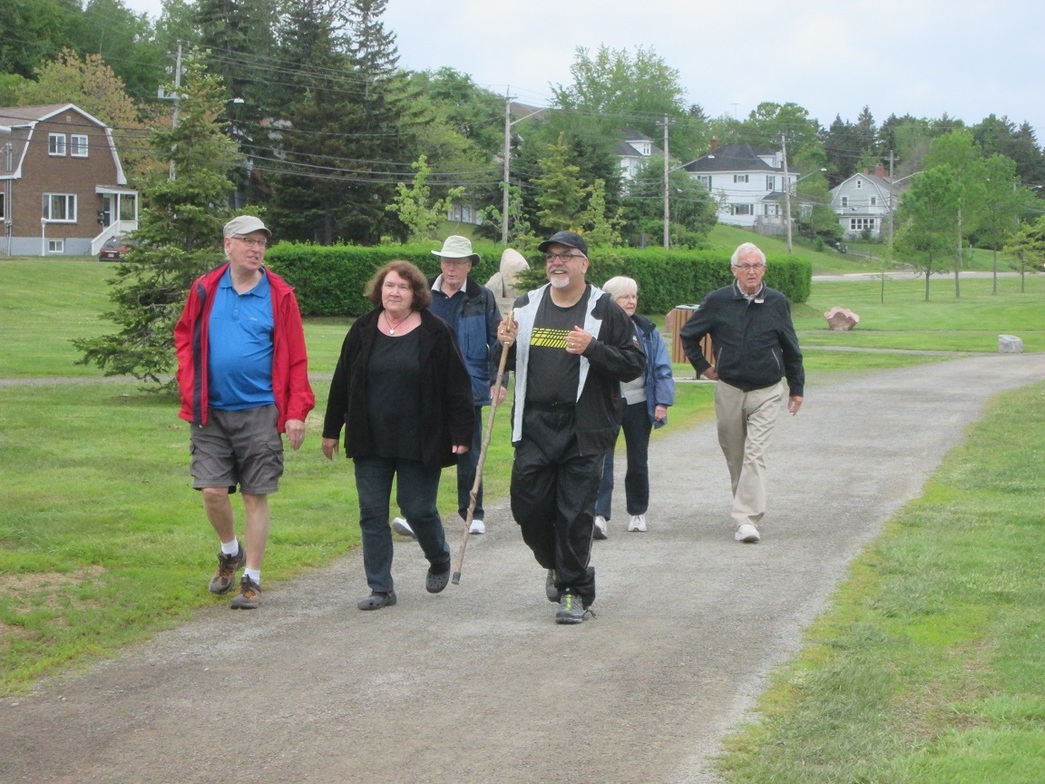 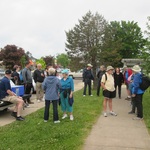 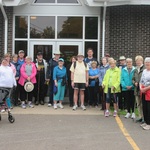 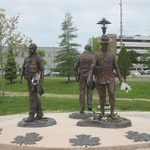 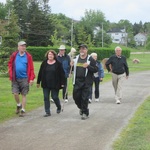 Once again it has been an eventful day. Thankfully we had covered most of the distance we needed to from Riverview to St. Andrew’s, Sunny Brae, before the rain really began to fall. Our journey to St. George’s was curtailed due to the weather, taking the shortest distance between two points. We have been royally fed all along the journey and today was no different. For me, the highlight was Welsh Cakes for lunch, but everything has been marvellous.

Despite the weather, we have had good sized groups walking with us. The 200 km mark was reached this morning, so we really are on the downward track. This evening I went to visit some folks in hospital, which was a joy for me. When we came to leave the church to travel, a fierce wind had sprung up. As we passed down Gordon Street a huge bough fell from a tree just in front of us. It literally captured the car coming in the opposite direction. Thankfully no one was injured, but it closed the road.

During much of the pilgrimage, I have been able to write about the beauty of nature. Babbling streams, tumbling waterfalls, swooping eagles and so on. This evening I saw the other side of the natural world. The destructive force which can be unleashed at any moment and the reality that there is little which can be done to stop it.

During the Victorian era and on into the Twentieth Century an idea emerged which suggested that the natural world could be tamed by human technology. It was part of the whole sense of God being able to be discounted from creation. One of the first major incidents which made people think that this might not be the case was the sinking of Titanic. The greatest ship built, the height of human technological endeavour felled by an iceberg; disappearing in a few hours.

Ultimately this universe is the realm of God. Nature, as we know from Romans 8, has been subjected to imperfection by God in response to humanity’s turning away from him. Thereby trees break and icebergs float into ships. Not the intention of God, but a consequence of our broken world.

It is my prayer tonight that everyone in this area is safe and that any damage caused by the wind has caused no great harm.