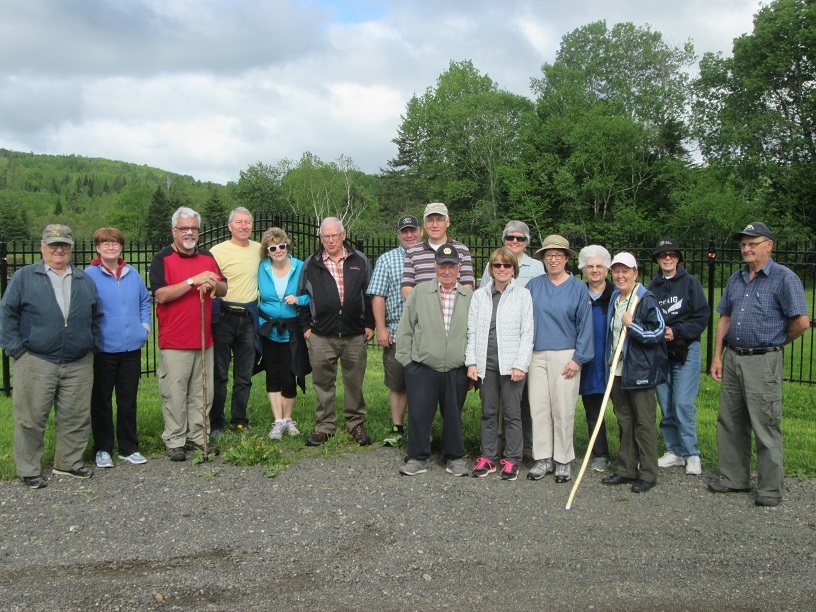 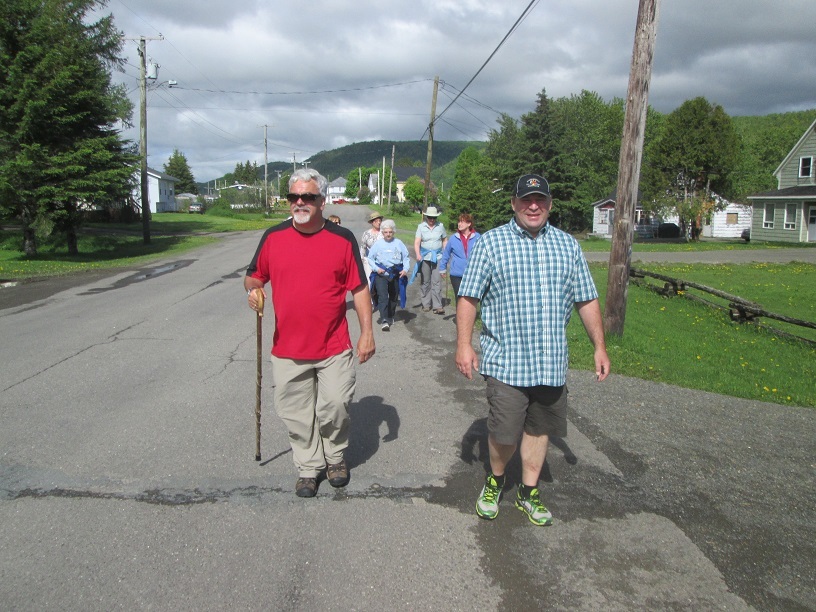 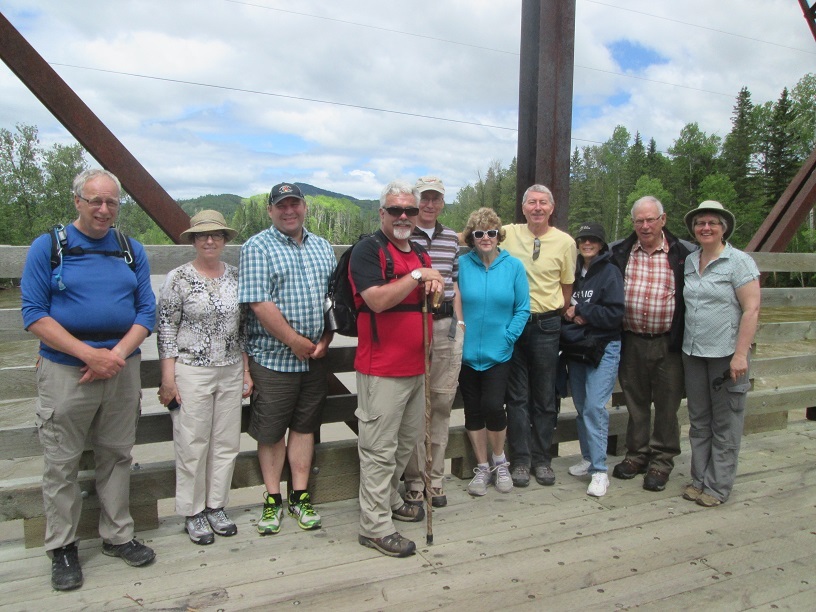 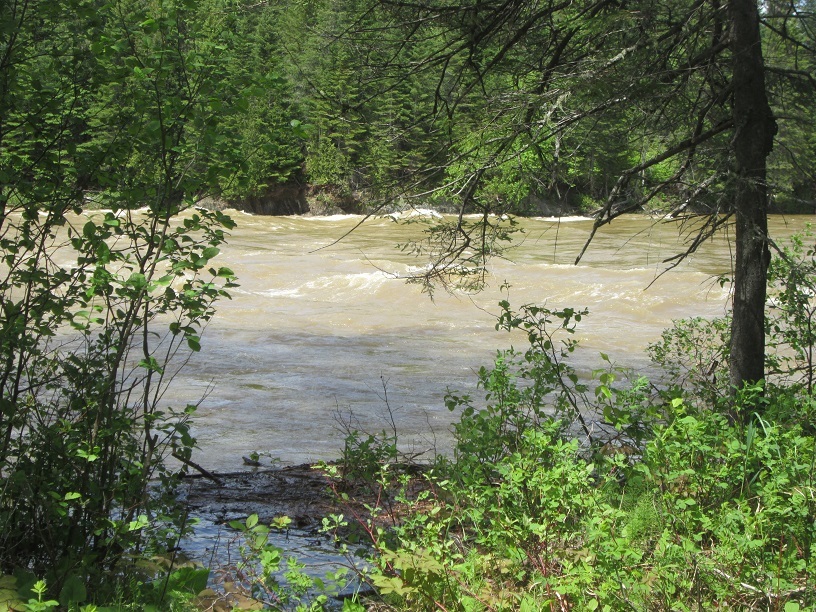 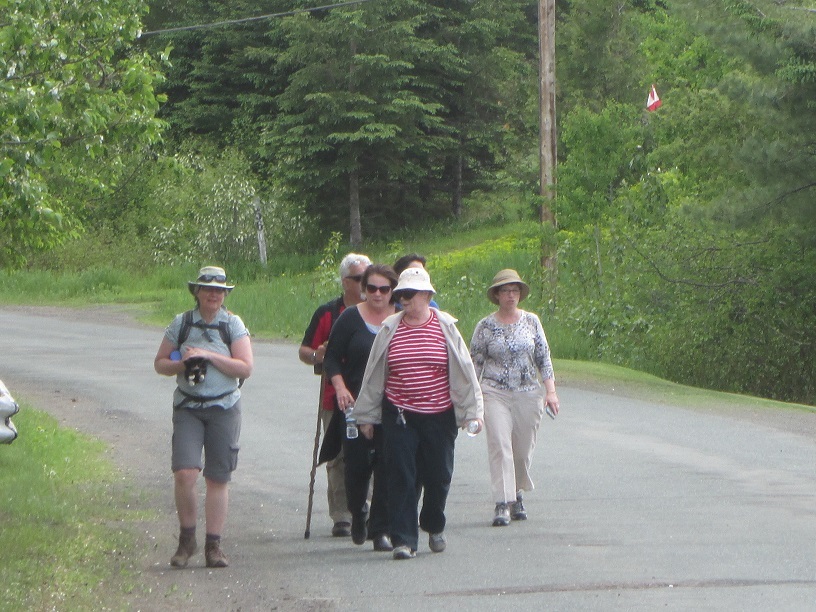 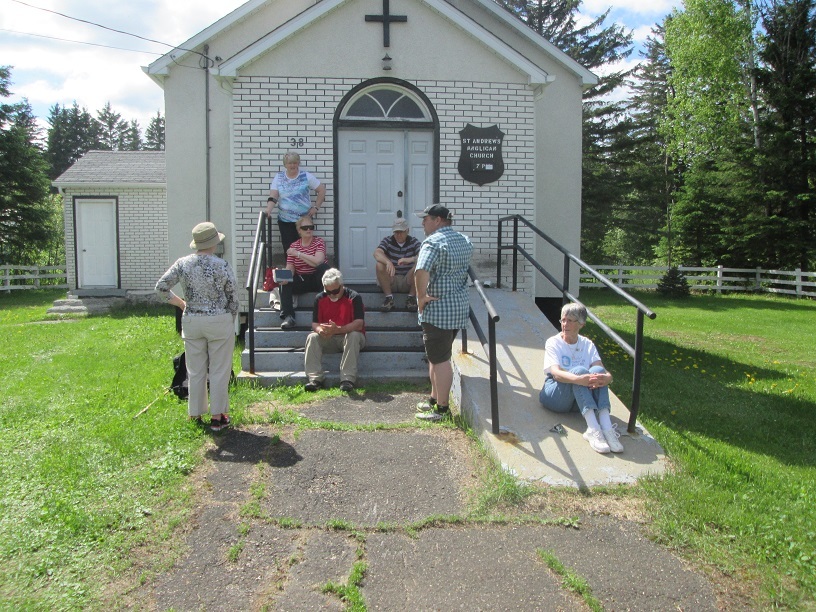 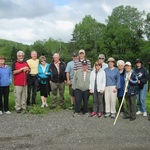 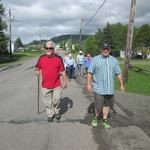 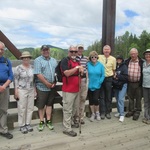 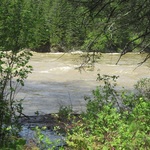 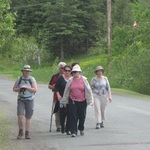 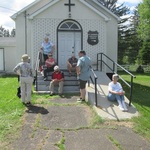 I am able to report that it can be sunny on this part of the North Shore. I cannot say that it has been bright all day, but for most of it, the sun has shone. We have had an excellent day touring around different parts of the area and walking about 16 km in total. There was also a good crowd of people with us and this evening, in fact, St. Andrew’s Church was nearly full.

The river, as predicted yesterday is extremely full and fast flowing, it would definitely be a dangerous place to fall in. In fact, all the waterways in the region have much more water in them at much higher levels than would usually be expected at this time of year.

During our pilgrimage, we were joined by an unusual pilgrim today, a small kitten. He appeared out of the hedgerow as we walked along the road and insisted that he travel with us for several kms. He appeared to be lost, perhaps even dumped by the side of the road. We could see no obvious reason for his being out there and nowhere where he obviously belonged. It also seemed to us that he was slightly injured with a cut on his lip and not able to drink easily.

Eventually, we arrived at the church in Robinsonville with the cat. Then the truth of living in the country came into play. We asked the letter carrier if she knew where the kitten might have come from, she had a suggestion and headed off to see if she was correct. About an hour later the real home was discovered and the little animal returned to its Mother.

There was also a salutary event today. Don Thompson drove us out onto an almost deserted country road. We stopped by a culvert crossed the roadside ditch and then forged our way into the woods. Amongst the brush and trees, we found the foundation of St. James’ Church. Apparently, it was deconsecrated during the late 1950s and some years later burned down.

The kitten and his return is a reminder of hope. He could have easily ended up miles away from home, but was returned and is now happy with the rest of his litter. We are all homeless until we find our rest in Christ. The ruined church points to the fact that Christianity can disappear from an area very quickly. We are to take our mission responsibility seriously in order that hope is restored.