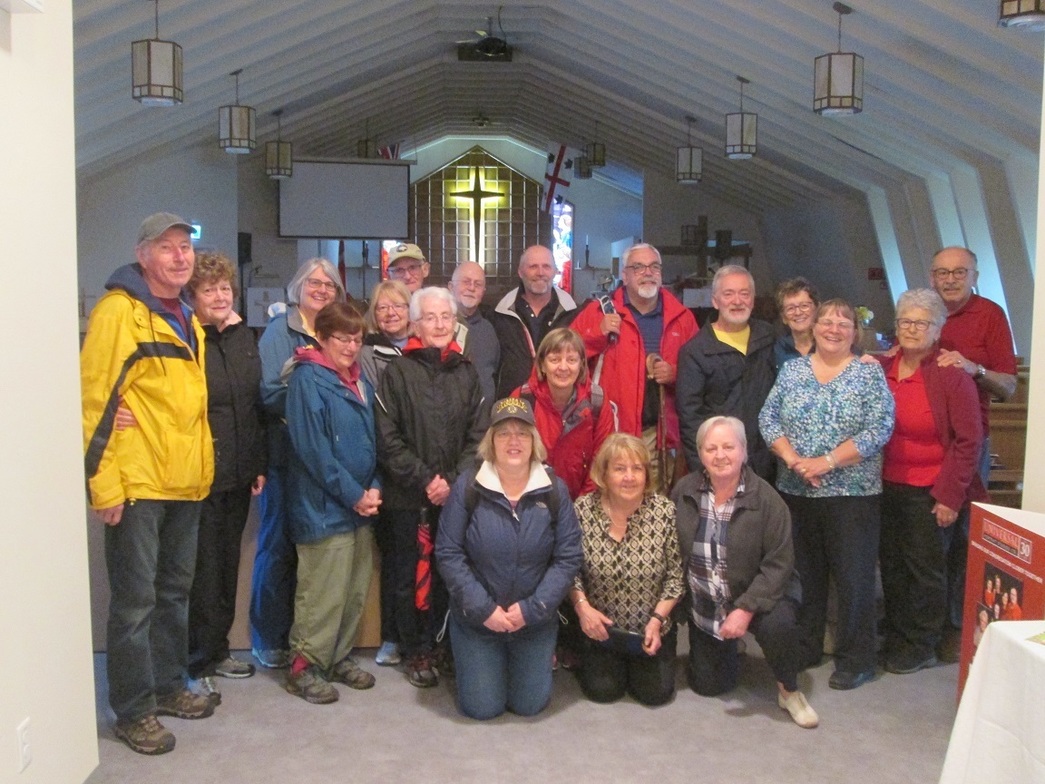 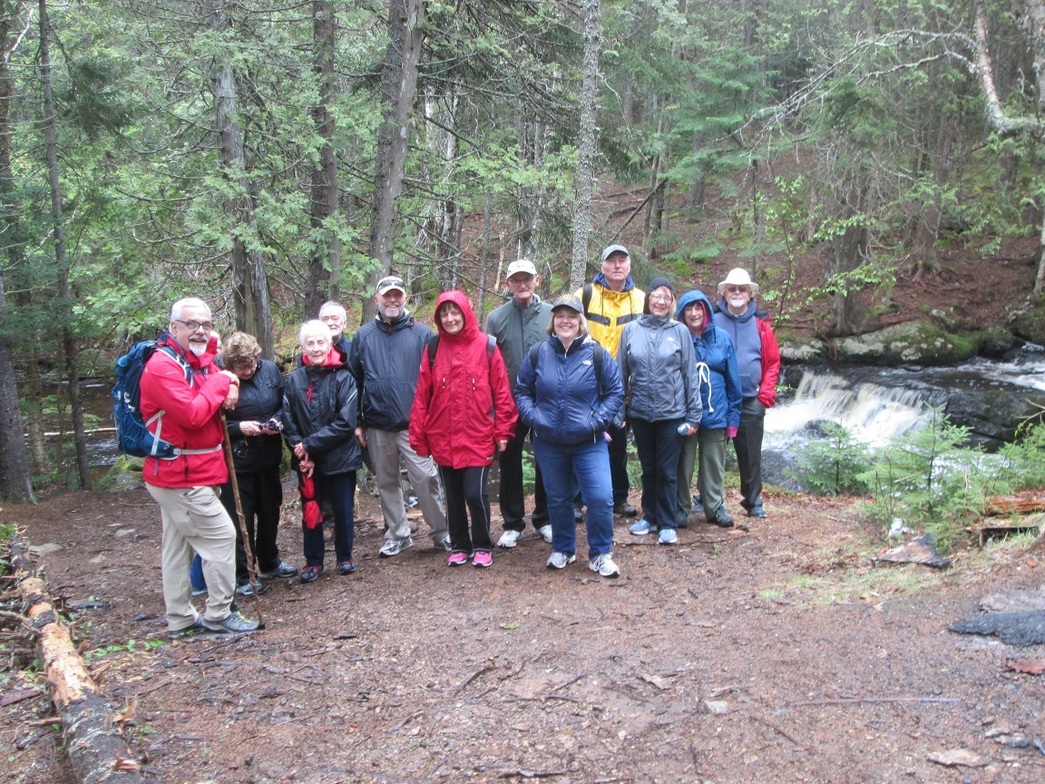 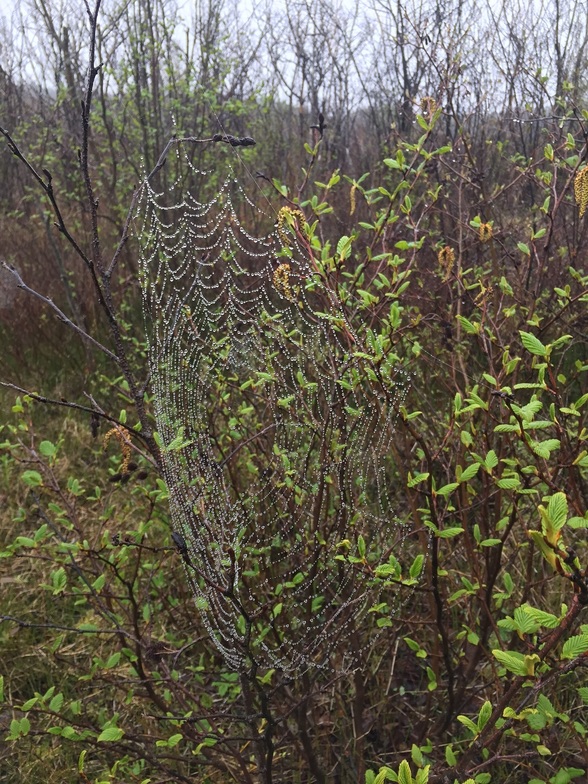 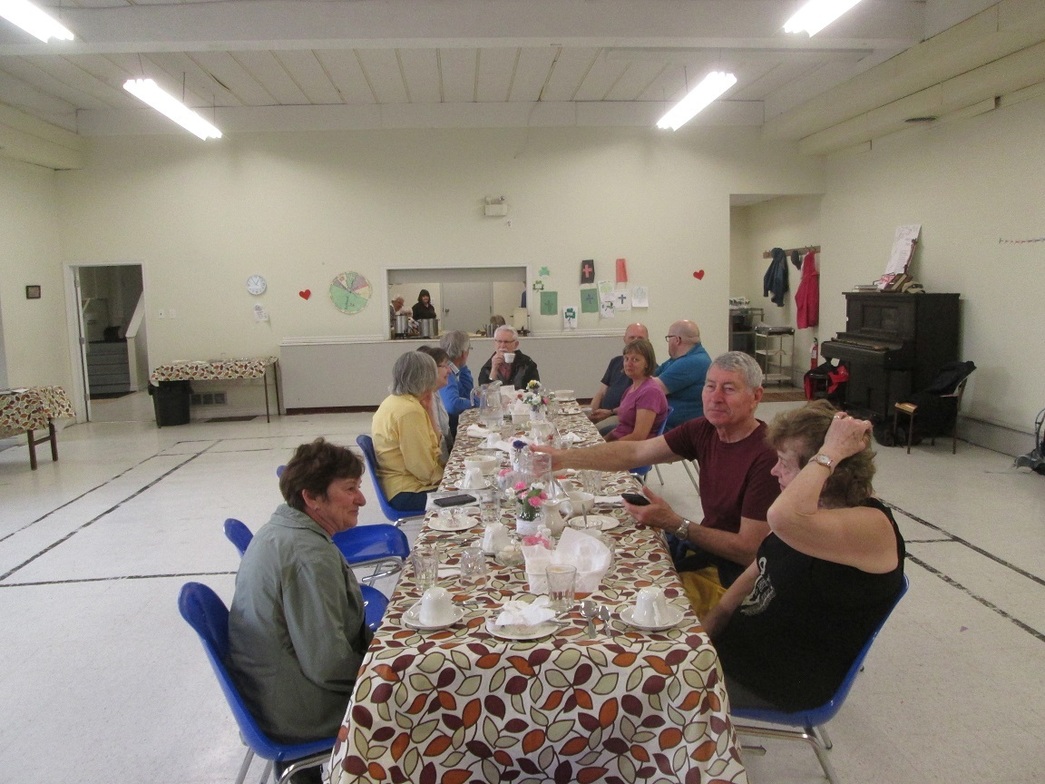 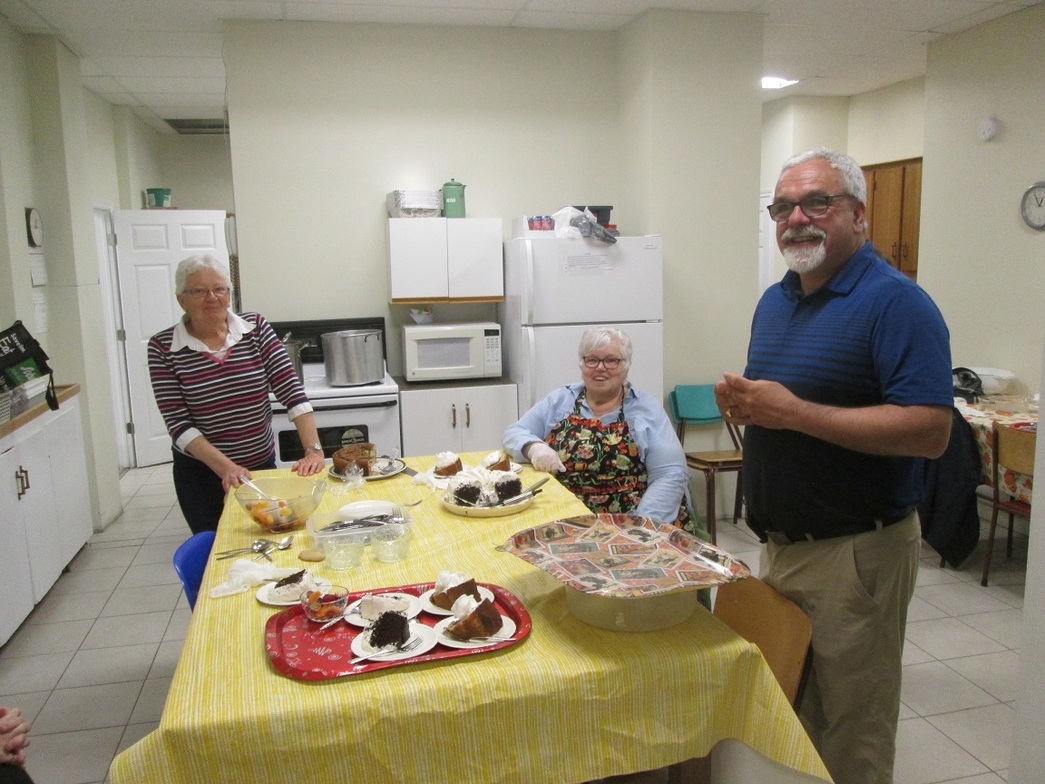 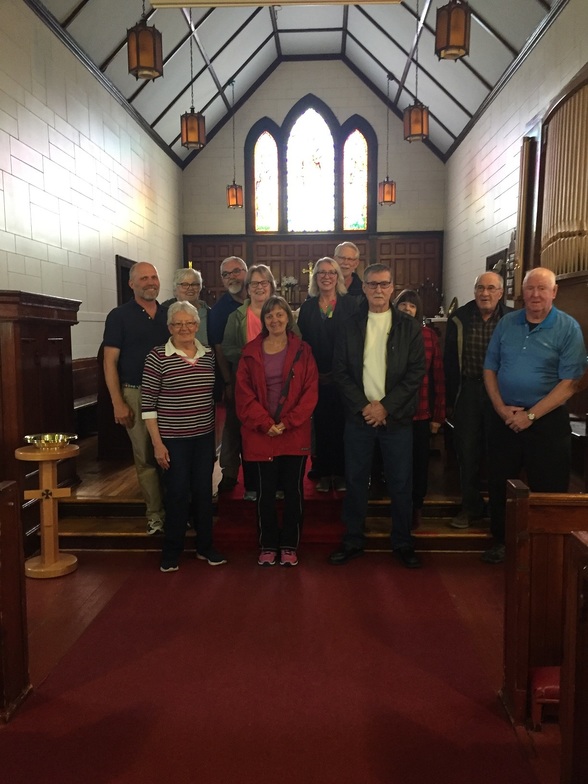 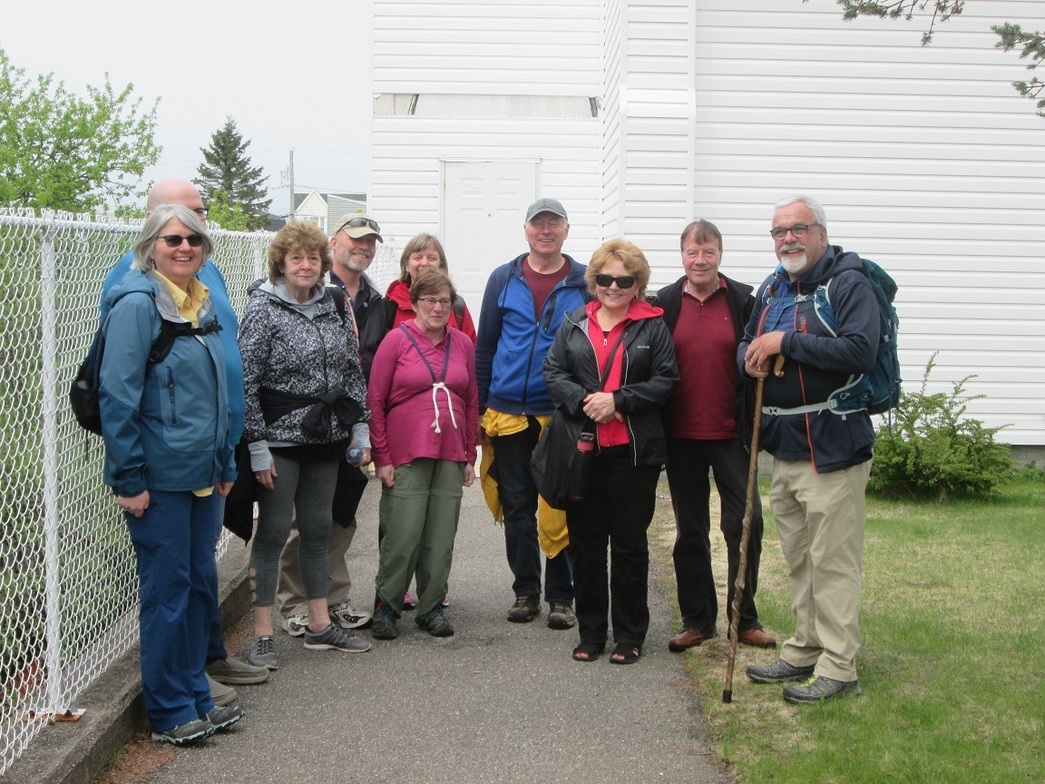 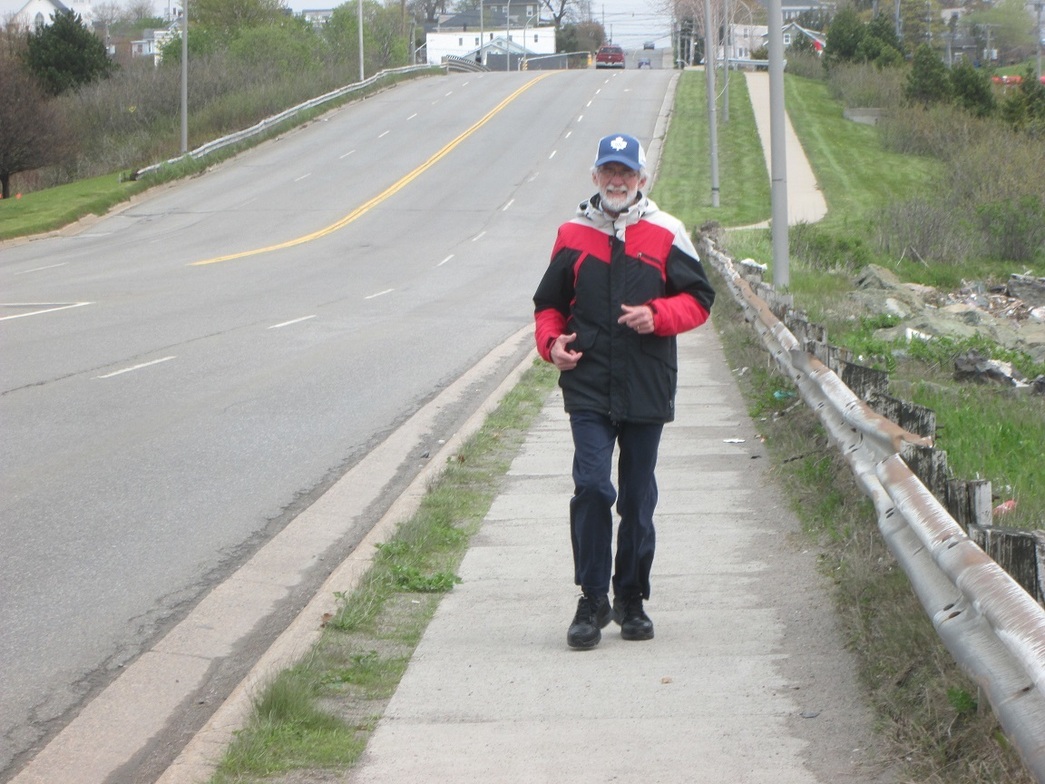 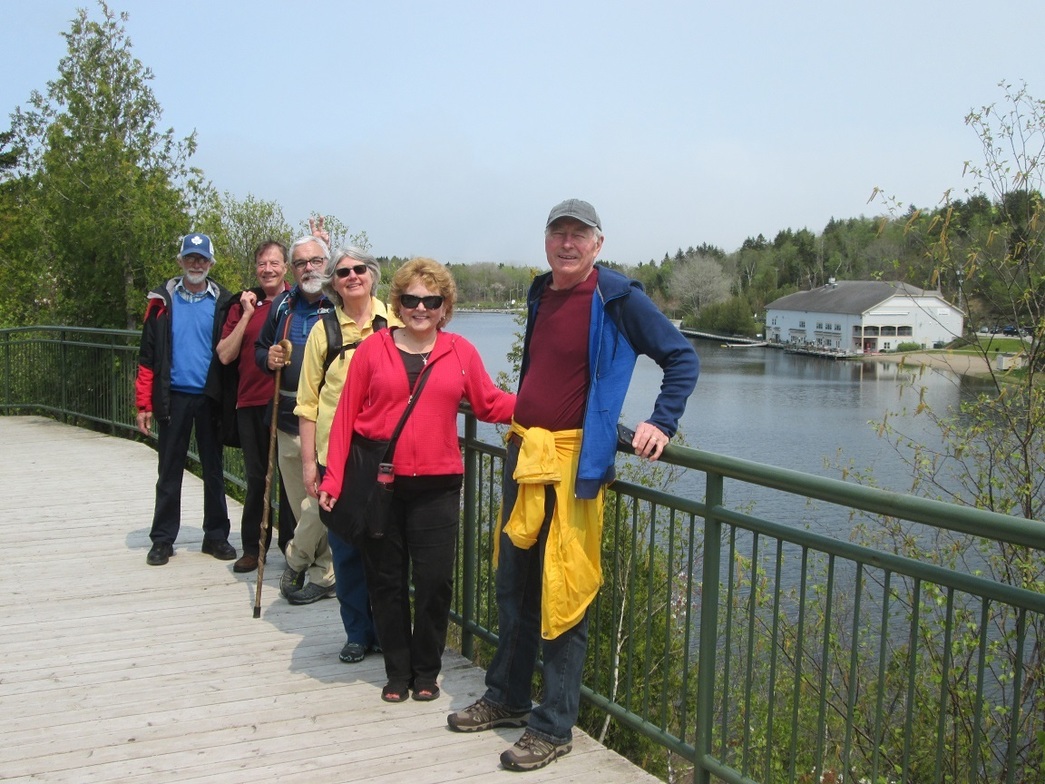 It is quite remarkable what happens on pilgrimage, but today we had a first. Whilst walking between Christ the King and All Saints, East Saint John, we were stopped by the police. Travelling along Westmorland Road one of our group saw a large rock lying on the sidewalk. He picked it up and tossed it onto the grass. Suddenly a police car which was going in the opposite direction did a U turn and came up behind us.

Two of our group were walking a few yards ahead, so the officer sounded his siren to call them back. As we gathered at the car he said, “Which of you gentlemen tossed the beer can onto the side? You should know better”. We all looked bemused and said that it was a rock. He then asked, “What are you doing anyway?” I explained who I am and about the pilgrimage. He replied, “I guess if you are Anglicans it would be a wine bottle not a beer can”. He then let us go on our way.

I have no idea what the officer made of what we were doing, but that was one of several encounters today where we were able to explain ourselves. As we are in the city, we made a strategic stop at Tim Horton’s. About 14 of us piled in and suddenly from being no line up, there was quite a crowd. A lady was walking from her table across the store, when she found herself engulfed by us. I struck up a conversation with her and she seemed quite pleased and somewhat fascinated about what we are doing.

If we go beyond our church doors, we cannot choose the encounters we might have. Yesterday a few of us met some guys in the Loyalist Burial Ground who had been enjoying a drink. Archdeacon Osborne and the Rev’d Julian Pillay engaged them in a conversation, initially about hockey, but eventually about why we are walking. Who knows what if anything will come from these brief encounters? In a sense it does not matter - our task is to be about the work of God. It is up to the hearer whether or not it grows to fruition.

As I have thought about the call to be image bearers, it has occurred to me that by walking it is as if we are carrying a precious icon with us in procession. It is the best representation of God we have. Hopefully those who need to notice will see it.