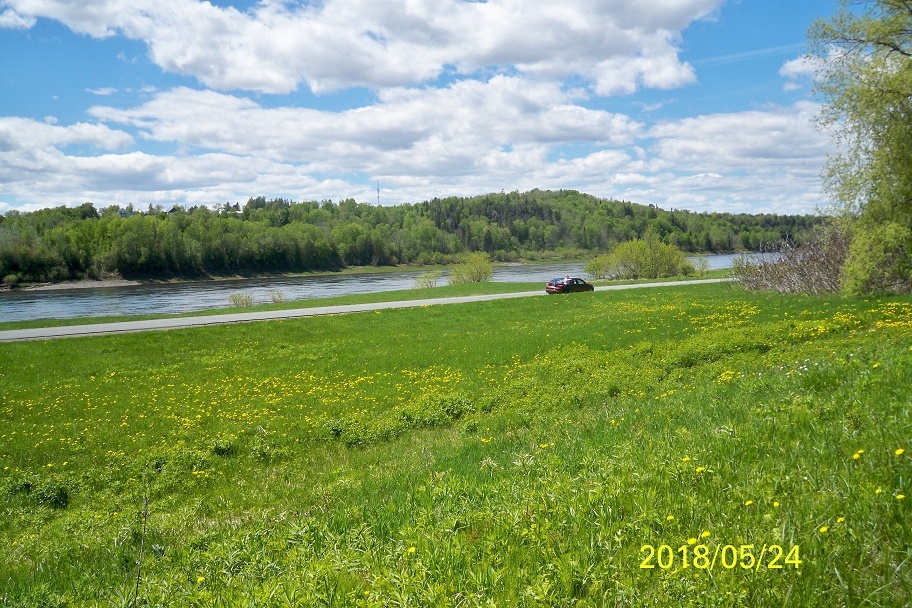 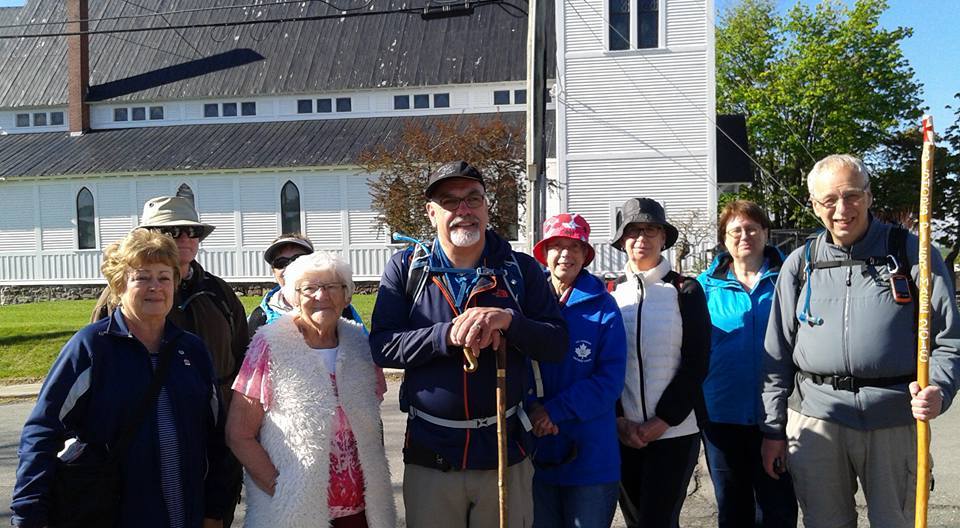 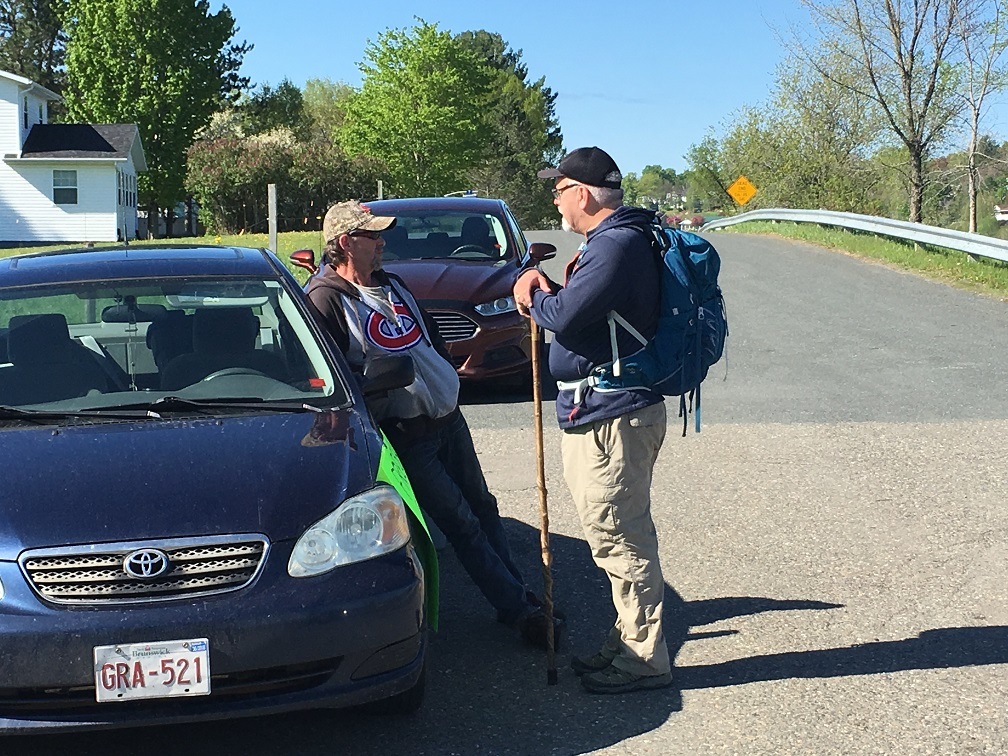 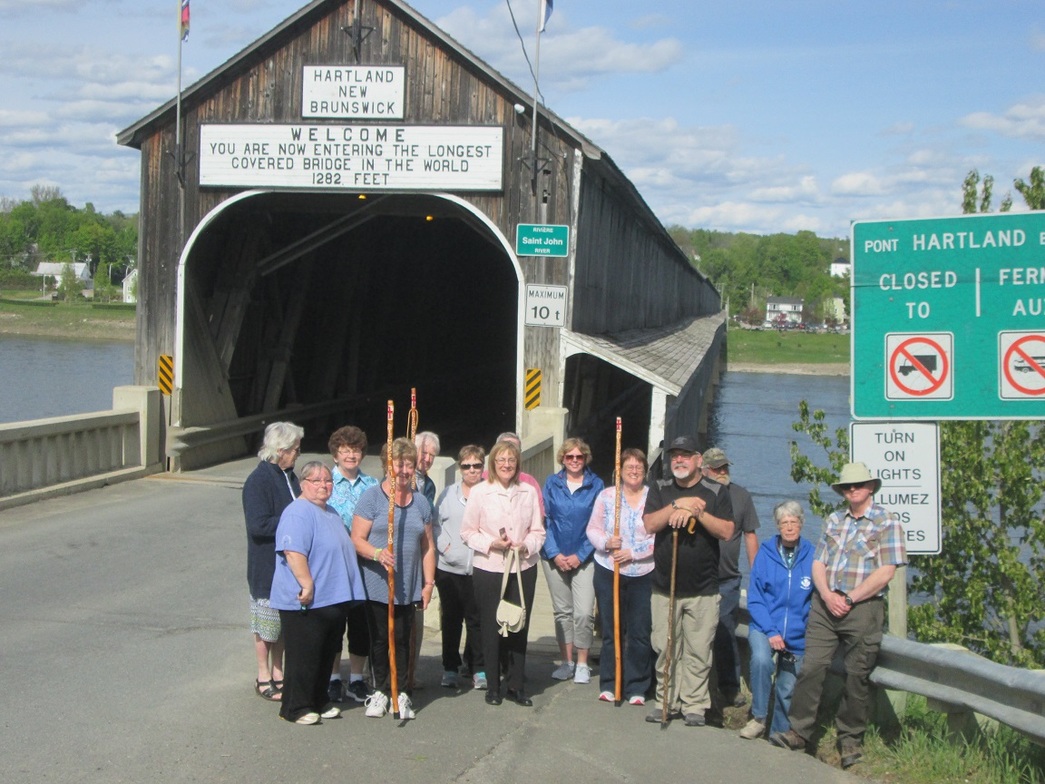 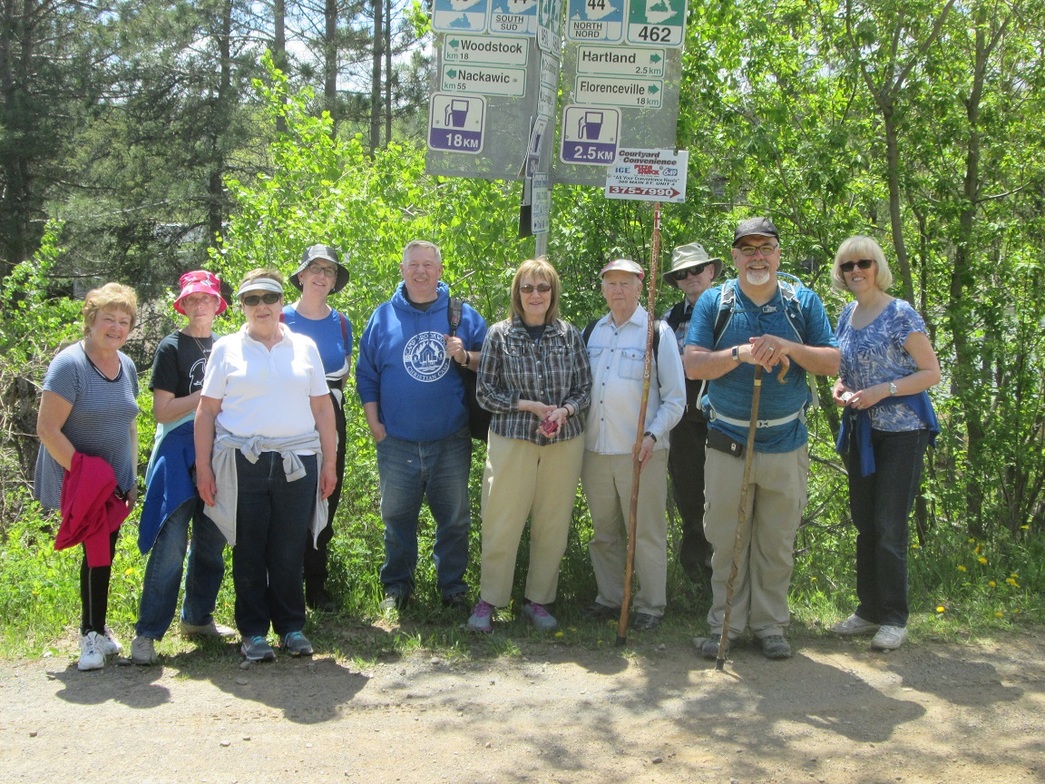 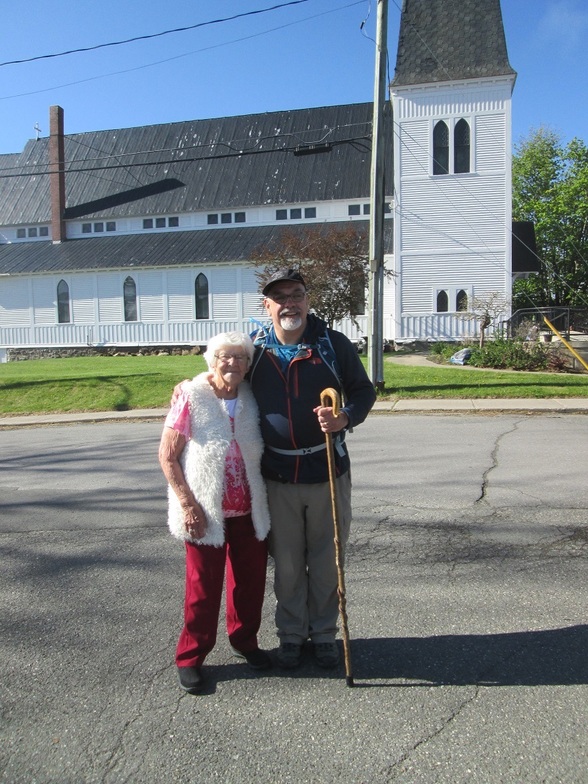 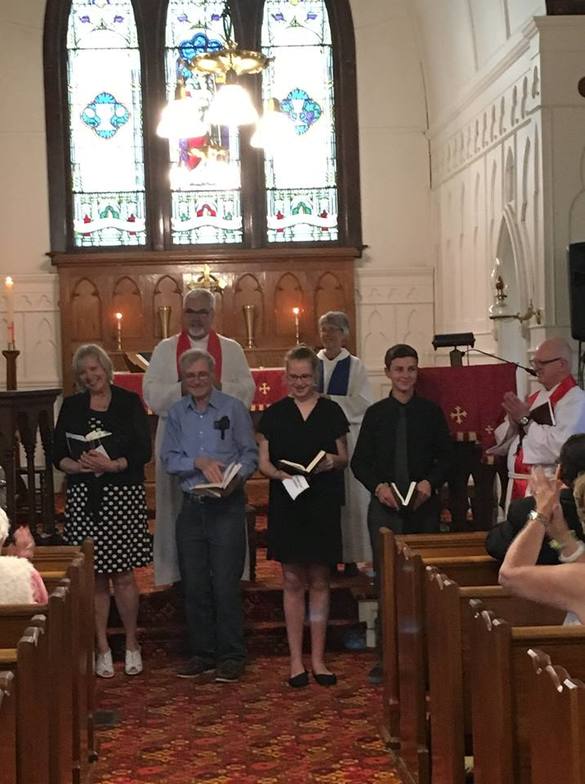 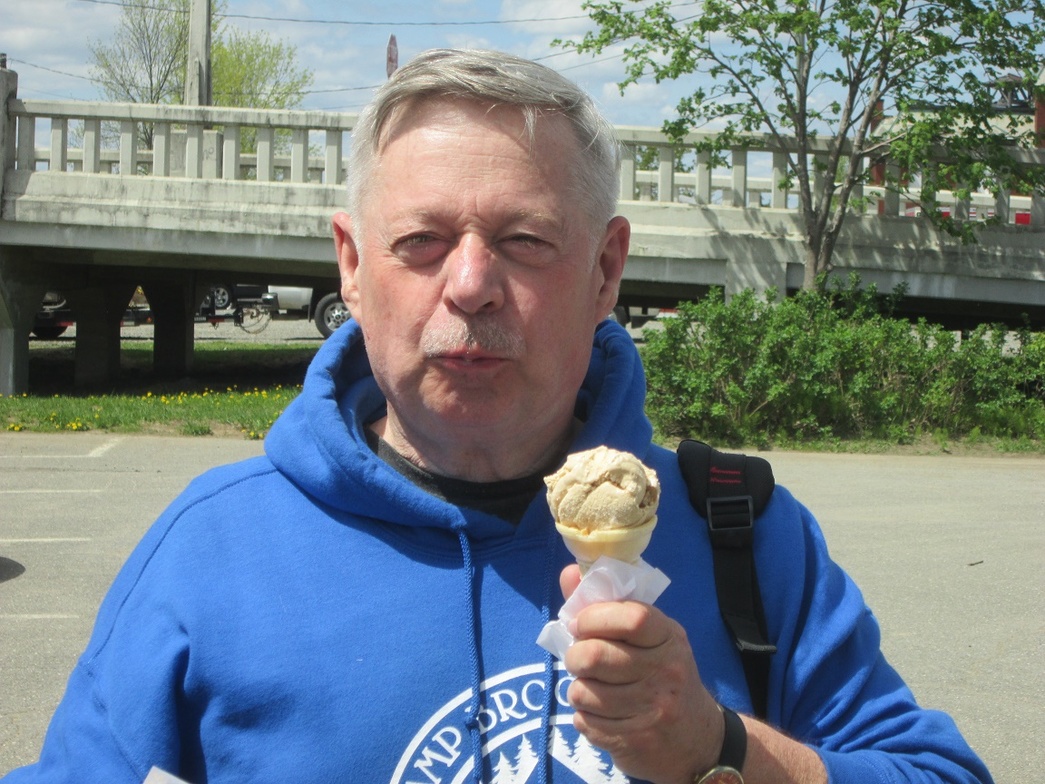 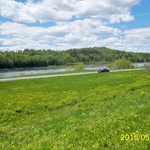 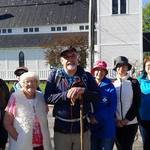 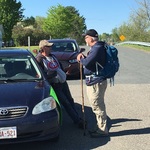 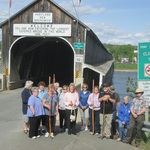 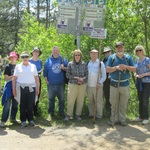 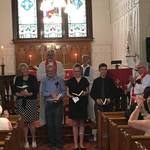 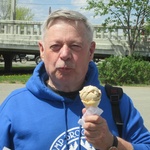 In theory, today was the longest walk day, 22kms from Woodstock to Hartland, but what a beautiful walk. We followed the St. John River along a disused rail bed. Early this morning we saw two bald eagles swooping over the water. Then there was a female osprey protecting her nest. Later a woodpecker pounded away on a tree. All along the route, there was evidence of beavers being highly industrious and finally, a beautiful male goldfinch flew in front of us and perched in a tree. It was, as many who walked with us noted, a privilege to be out in the beauty of God’s creation.

N. T. Wright, the leading Bible scholar and theologian, tells us that there are three essential aspects of the character of God revealed to us in scripture: beauty, peace and justice. Today, as we travelled along it, was hard to understand how people who are surrounded by such glorious vistas cannot see the hand of a creator lying behind it.

These three elements of the nature of God are intertwined and inter-reliant. To be immersed in the natural world can lead to peace. One can also argue that it is unjust that people are unable to access the beauty of nature easily. I was reminded of my time at Stone Church when we took a small group of adults from Uptown Saint John to Deer Island. As we sat around a campfire one evening a woman in her early forties said to me, “This is the furthest I have ever been from Saint John”.

Though many years have passed since those words were spoken to me, the impact is still great. How is it in anyway possible that someone can be unable to enjoy the beauty of creation for so long. It is not a coincidence that often when people who have suffered a great deal of difficulty in their lives are trying to heal, they are helped by entering deeply into creation.

Another important component of today was that we were able to catch up with old friends. Several of those who walked with us along the river have joined us during other pilgrimages. It was great to be able to catch up with folks, to hear about what has been happening in their worlds since last we met. Friendship and companionship are important parts of our existence. It is too easy to become isolated. God did not create us for that.

Finally, there were two major accomplishments today. We were joined by the most mature walker we have travelled with. Peggy joined us in Woodstock. I am too gallant to divulge a lady’s age, but I can assure you she holds the record. This evening we gathered in the Church of Holy Trinity, Hartland, to celebrate the confirmation of Robert Foster, Ethan Goodwin, Vanessa Goodwin and Bonnie Sparks. Around fifty people were in attendance for a fine celebration.