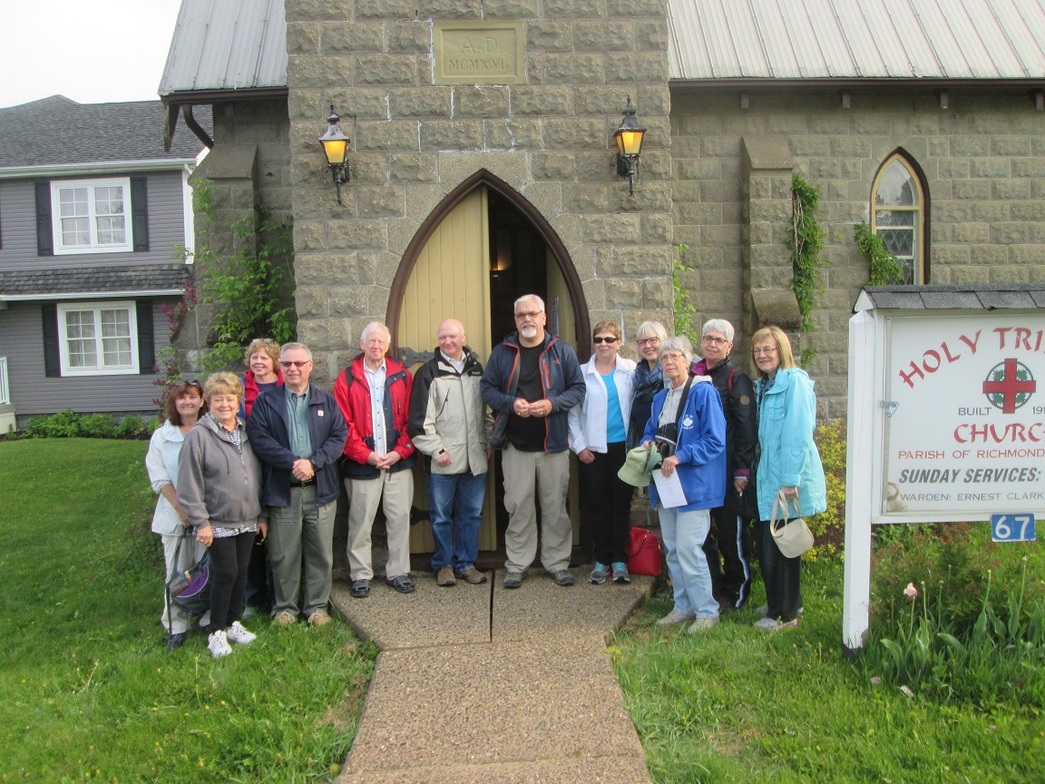 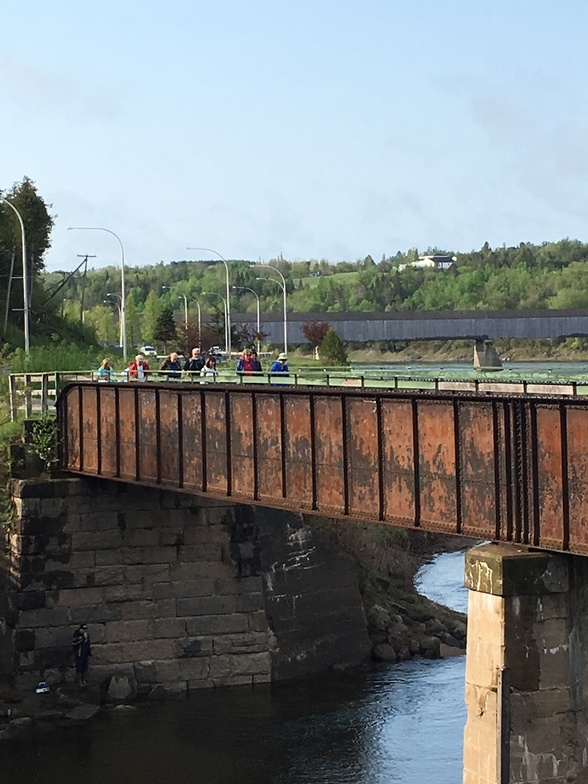 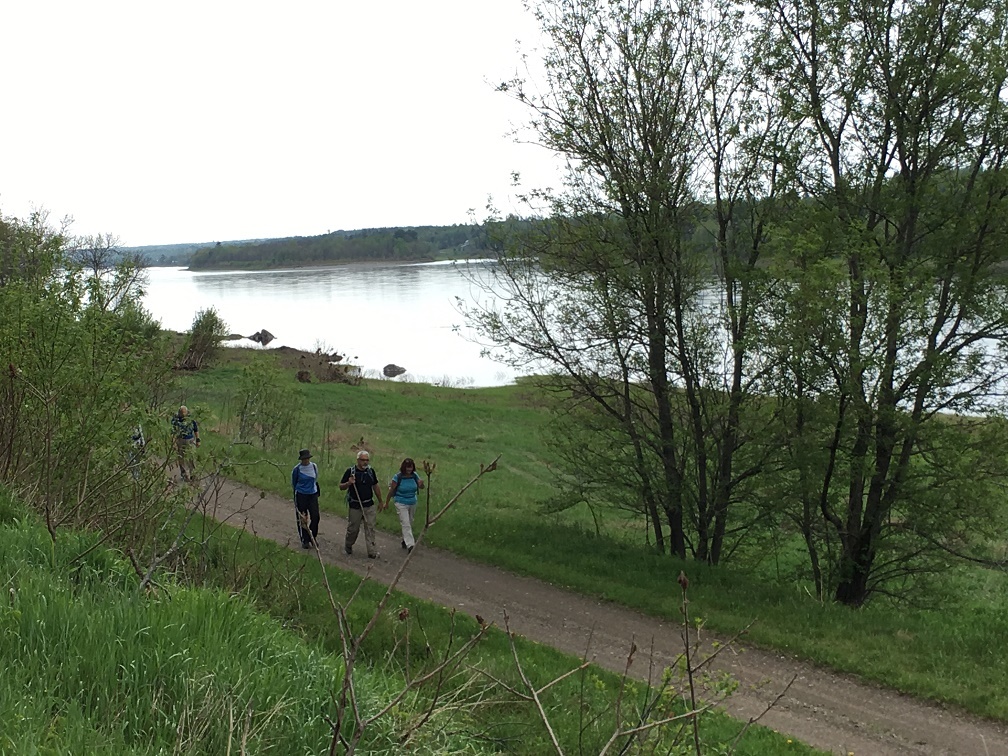 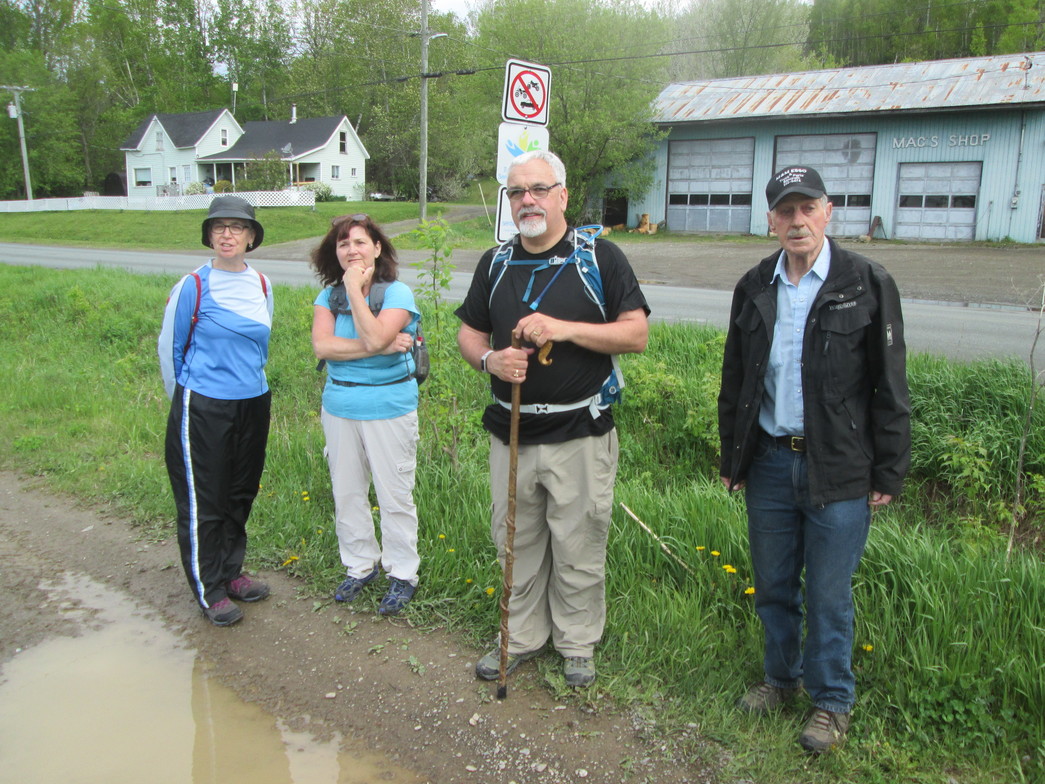 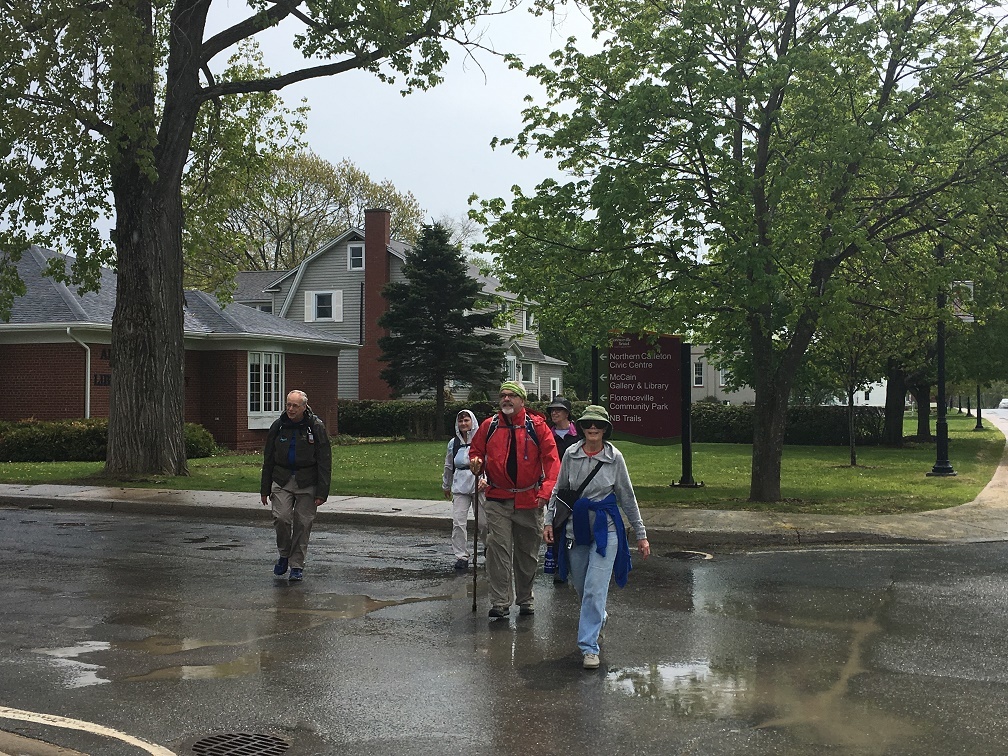 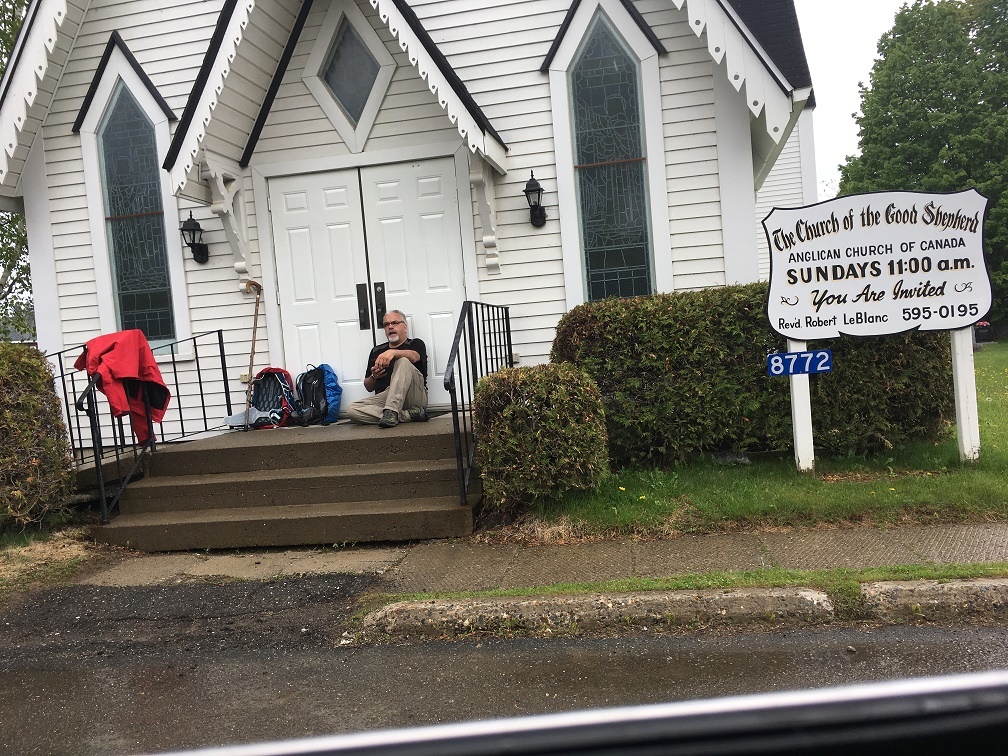 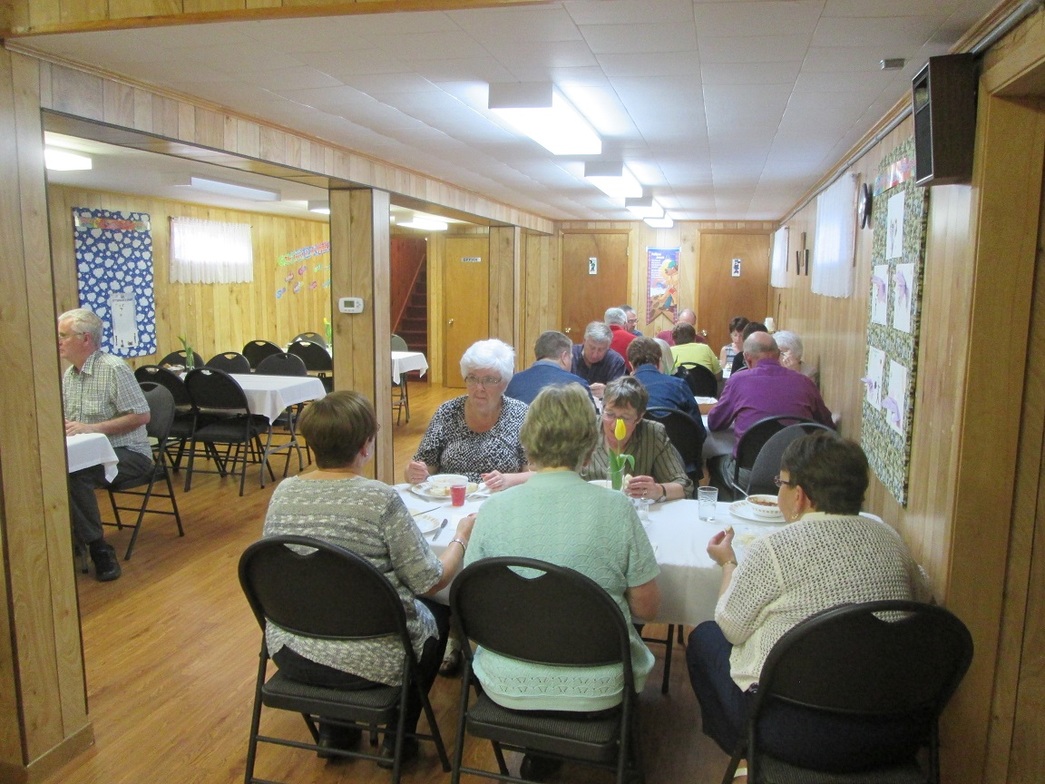 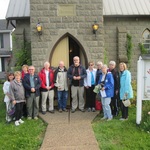 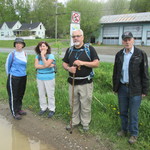 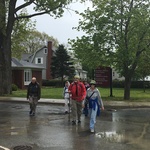 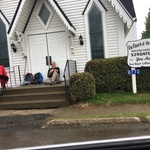 Our day began in Hartland with Morning Prayer. We have had a great time in the Parishes of Woodstock and Richmond; this afternoon we arrived in Florenceville-Bristol in the Parish of Wicklow, Wilmot, Peel and Aberdeen. For the next three nights we are staying at Camp Brookwood. It is great to be able to settle in one place for a few days, especially as there are a washer and dryer. This will be a great relief to those who meet us next week, though they do not know it yet!

The service in Hartland was based around reflections on the cross, it being Friday. That terrible tree is a place of suffering as well as hope, something I reflected upon all day. The suffering of Jesus comes out of the love of God for his creation. The beautiful handiwork of the Trinity has become distorted by the actions of humanity. The whole of the cosmos suffers because of this. It is pain which is taken into the heart of the Godhead and draws forth a love response.

On the trail, Trevor and Dawn stopped and began to look at something apparently lying at their feet. As we all moved closer we saw that they were looking at a chipmunk in the middle of the path. He was hardly moving. There was nothing obviously wrong with him, but he was clearly either very sick or desperately injured. There before me was an example of damaged creation. This small dying animal reminded me that every living thing groans in anticipation of the revelation of the children of God. It is then that they will be freed from the shackles of death and decay, just as humanity will be.

When we contemplate death, we are looking at our greatest enemy. We were not made for it, which is why we struggle so hard against it. Within all of us, there is an echo of a life for which we were intended. A life without the limitations we face and resist. It is this hint of difference which makes us struggle to find meaning in the apparent chaos we so often find engulfing us.

This meaning is found in Christ. It is as if we are looking at the world through a kaleidoscope at a confused pattern, then Jesus turns the bottom and begins to make sense of it. He may only twist it slowly, but eventually, we begin to see a thing of beauty emerge, despite the trials and tribulations which are part of the whole. These thoughts ran through my head as we walked along. I am not sure that I have a great deal of clarity around them, but sometimes all we can do is wrestle.

This evening in Florenceville-Bristol, Trevor and I had the privilege to visit the McCain Global Data Centre. It never ceases to amaze me that such a worldwide brand can be centred in such a small town in New Brunswick. Apparently, there are 20,000 people working for the company across the world, covering 60 or more countries.

Our day ended with a meal and Evening Prayer at the Church of the Good Shepherd. We finished as we began.