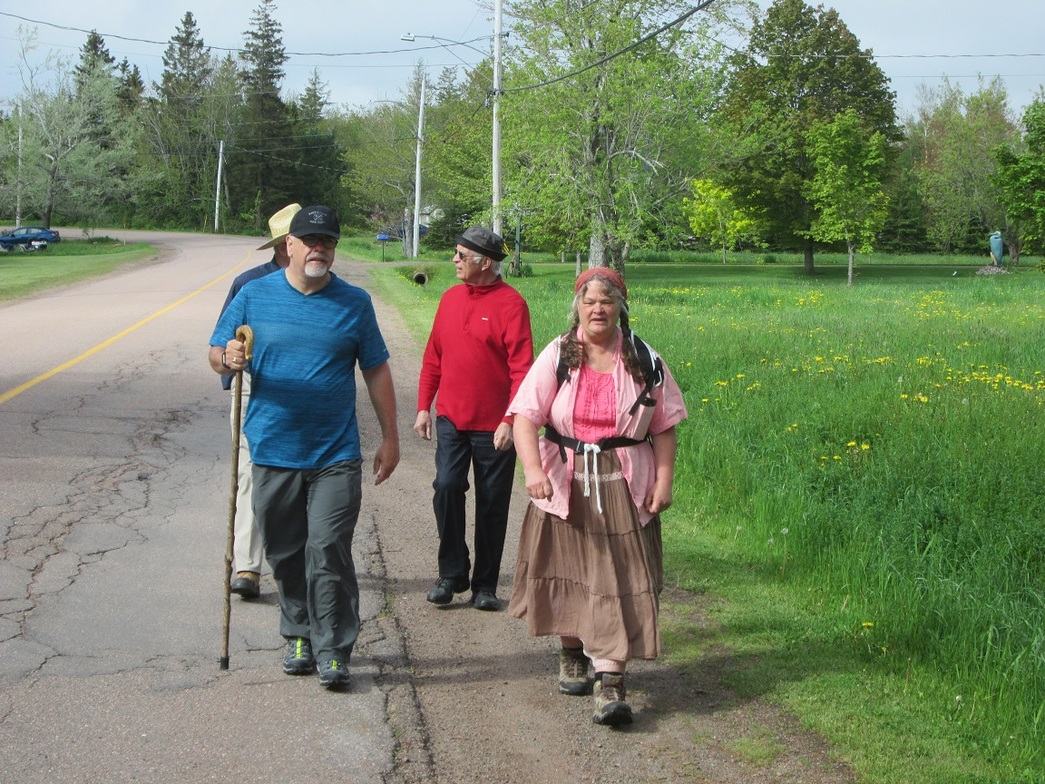 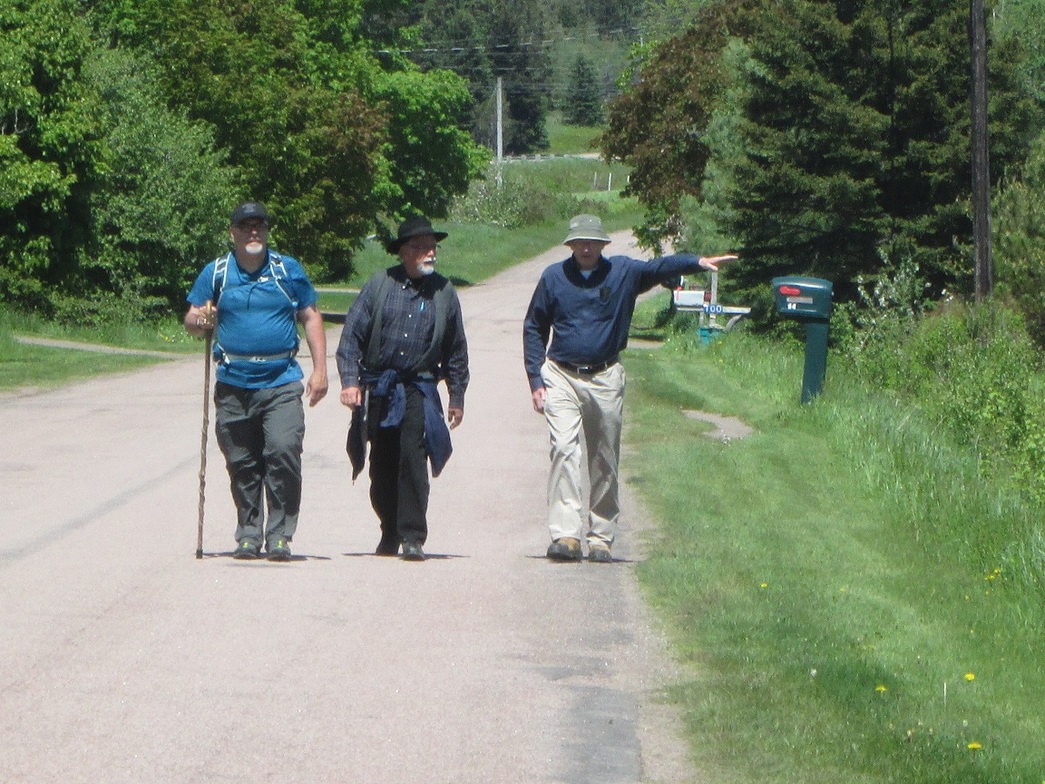 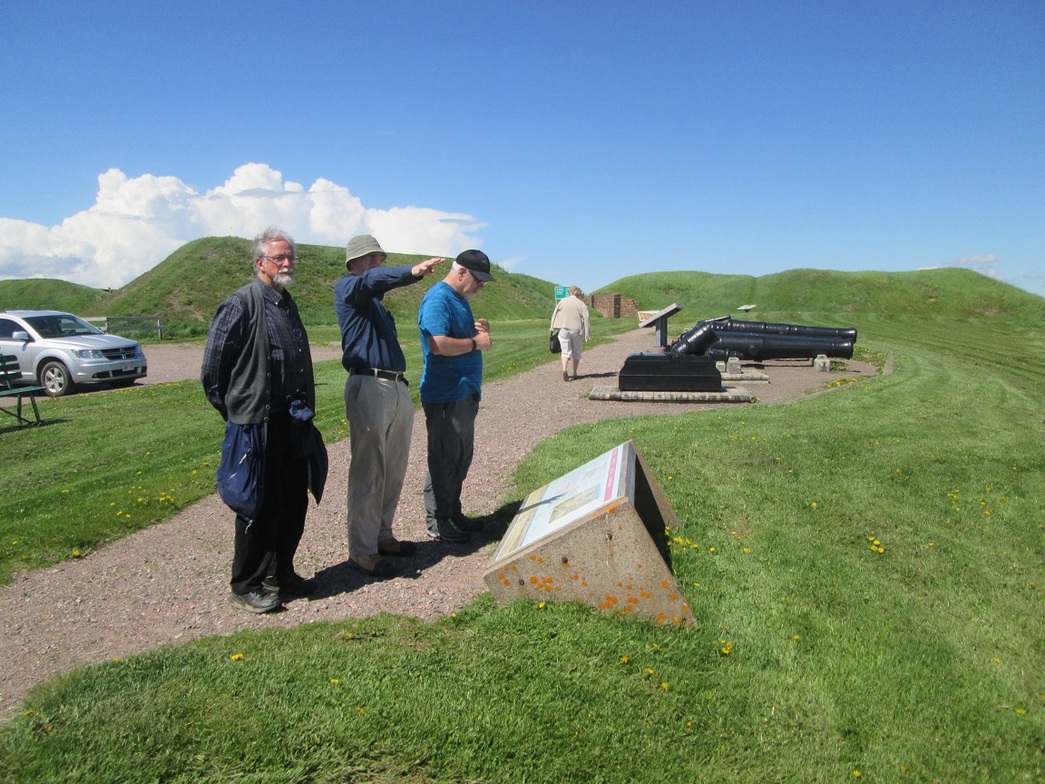 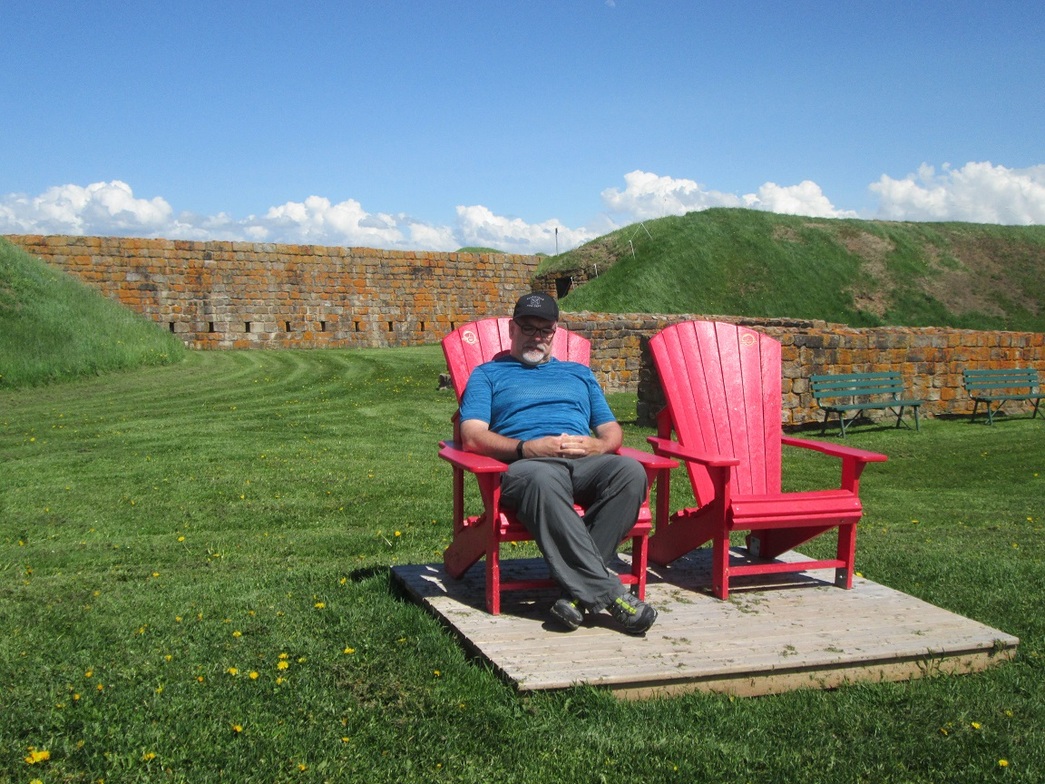 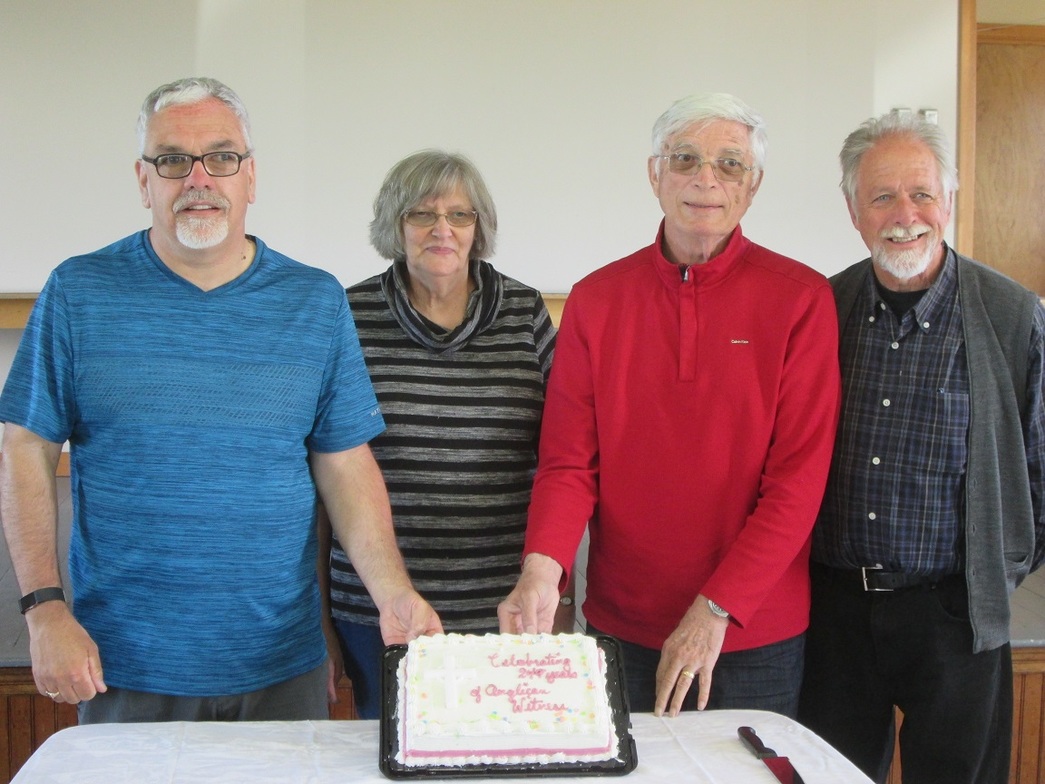 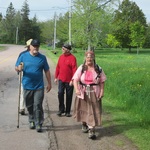 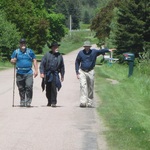 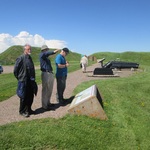 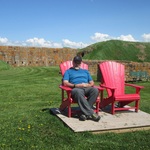 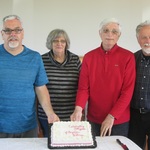 Another interesting and challenging day on our pilgrimage. We began in Baie Verte and ended in Sackville, visiting Mount Whatley in between. Primarily we travelled along back roads and trails; it is the first time I have had dirty walking shoes.

In the late morning, there was a huge thunderstorm over much of the area. We were walking across part of the Tantramar Marsh and observed both the ferocity and beauty of nature without being terribly involved. To the right of us and ahead deeply black clouds rolled across the sky. We could see rain on the horizon, falling in sheets from the sky. There were several roars of thunder and at least one flash of lightning. Apparently, hail fell in Sackville, but apart from a few sparse raindrops, everything skirted around us.

As this situation played out, against the backdrop of the lowering sky, two eagles soared around their nest and called to each other as they did so. There were times when they hung in the air and others when they scudded rapidly across the dark clouds. A beguiling sight.

The Marsh is an amazing place where humans have developed the landscape. The Acadians and others worked out a dyke system which is still in place today. Historically there were hay barns scattered across the fields. Now few are left as their usefulness has passed. We saw three men planting and when we asked them what the crop was to be, the reply came, “Raspberries”.

In the quietness of the walk, I could hear many birds calling. There was evidence of other animals such as deer who travel the same paths as we travelled. All in all, it was a tremendous experience.

Throughout the walk today I was constantly brought back to the glory of God’s creation. To see it in all its complexity I find it hard to imagine that it came about unguided or by chance. The danger is that as we contemplate the beauty of God’s handiwork we can miss him. God is not creation, he is in creation. We are to see the wood for the trees. The creator is worthy of our worship, not the created.