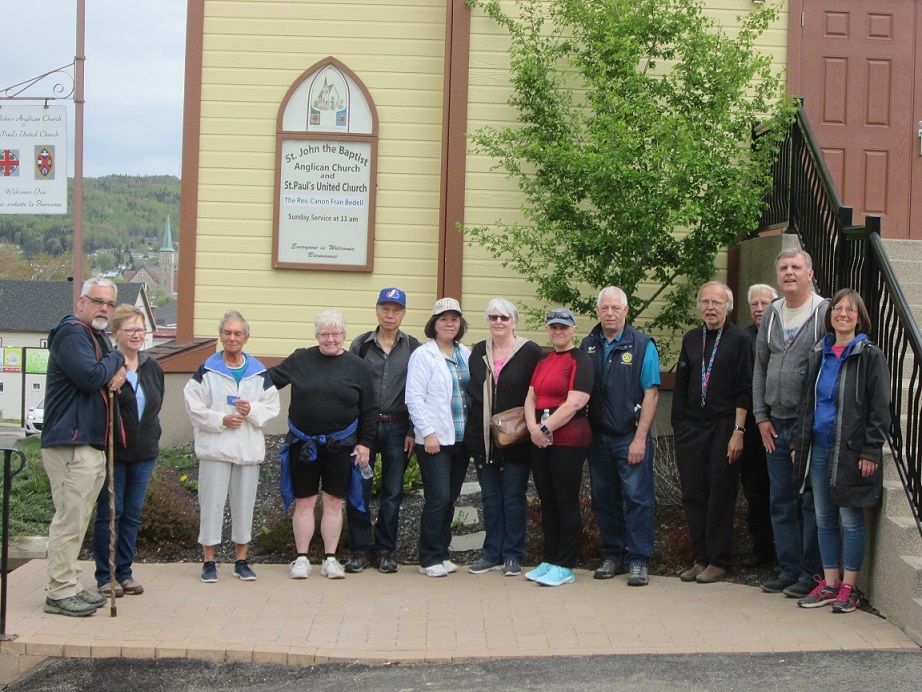 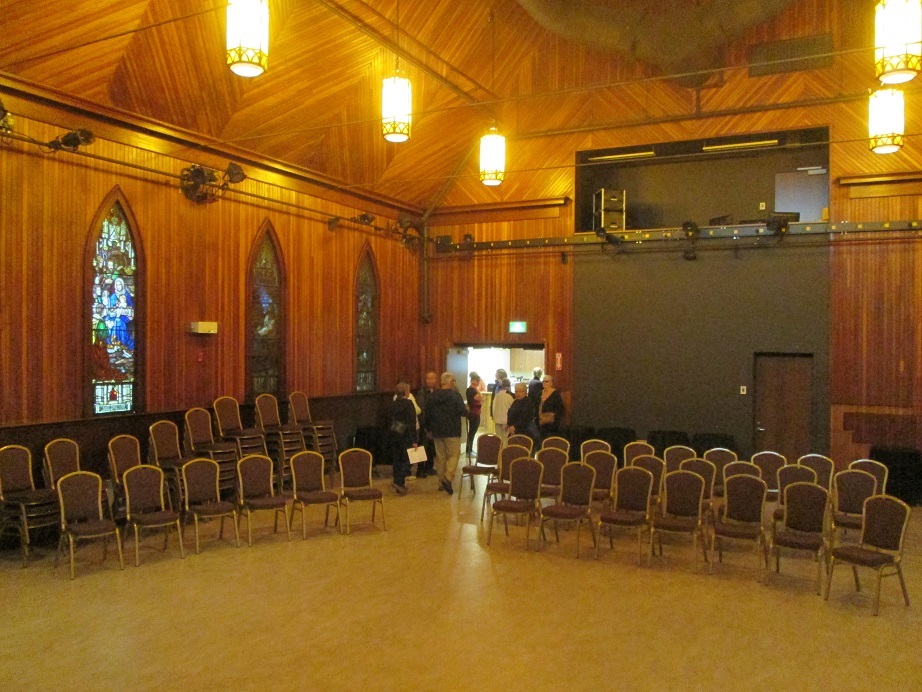 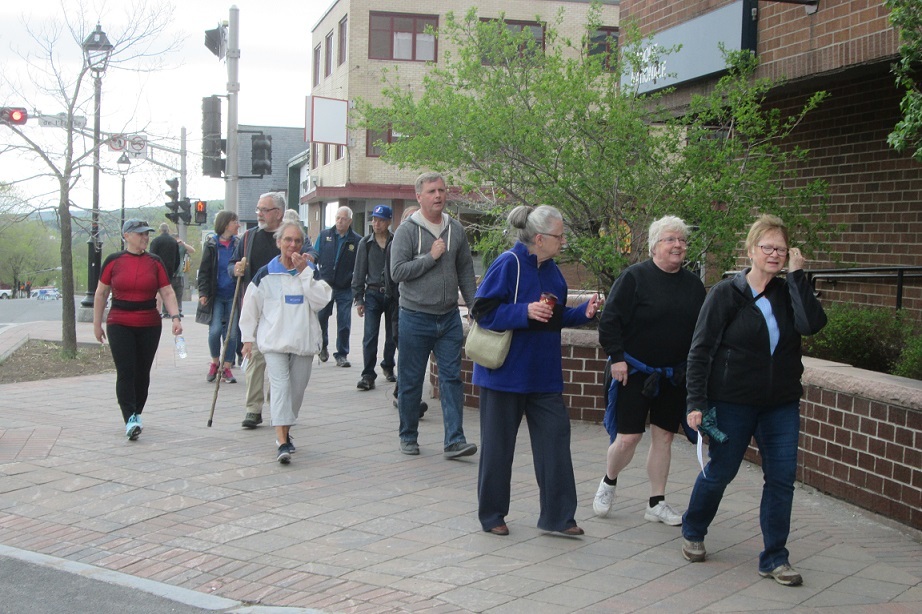 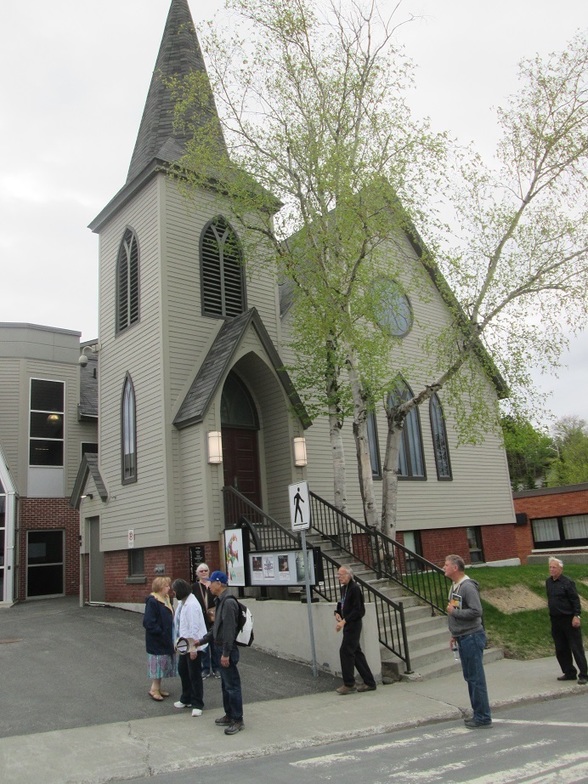 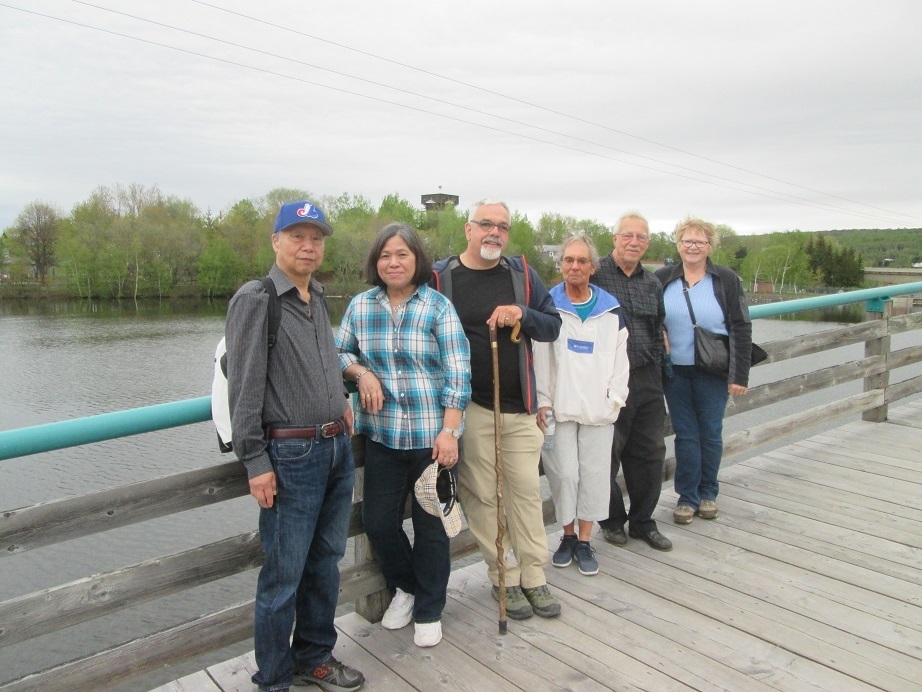 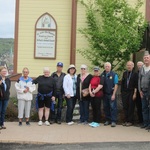 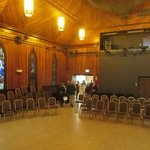 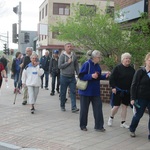 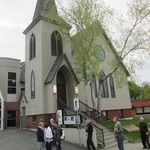 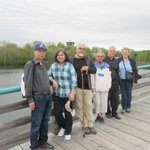 We pulled out of Camp Brookwood this morning after enjoying three nights there. It was great to spend this time amongst such quiet beauty. We as a Diocese owe a great debt of gratitude to Dr. Lockhart for his gift and to those who have continued the vision he had for the camp. Our next stop was Edmundston which is where we are now. As you might imagine we drove rather than walked.

Our first port of call was to have lunch with Msgr. Claude Champagne, the Roman Catholic Bishop of Edmundston and some of his staff. It was a great opportunity to spend a couple of hours getting to know each other and to talk about the similar issues both our Dioceses are facing. The Bishop is a missiologist by academic training, so we were able to share some ideas.

Fran Bedell had arranged a number of visits for us across the city. Our walk today was between the various sites. Firstly, we visited a former United Church which has been repurposed as an arts centre for the area. The congregation which meets in St. John’s and St. Paul’s in Edmundston is a combination of the former United Church members and Anglicans. It was the first time some of the folks had been back into their building. They were generally pleased with what they saw.

Then on to the women’s refuge. It was a great privilege to be allowed into the building. The love and care of the staff members for the families affected by domestic violence of all types was clear to see. I am glad to say that people from St. John’s and St. Paul’s volunteer regularly at the refuge. It is evident that they are making a difference.

Next, we visited a fairly ordinary looking store with a great story. Tanya met us at the door and told us about the ministry she leads from there. She and her team are concerned about suicide prevention. The front of the building sells jewellery and clothing all made by Tanya, to help fund her work. Once again people from the parish join with her to help others.

Our next visit was to the regional library. It is a building with another twist. It opened in the late 1960s as a post-Vatican II Roman Catholic Church. By the 1980s it was decided to close it and eventually the City of Edmundston bought it to rehouse the library. It is a remarkable conversion. The outline of the worship space can still be seen and from the outside, it definitely looks like a church building.

Our last destination was to the restored fort which overlooks the region. It was never used in anger and was restored as a tourist attraction in recent years. While we were there we were reminded of the different people groups in the area. First Nations, Francophones, Anglophones and more recent arrivals.

In a sense, today’s walk was an acted parable for the times we live in. Church buildings repurposed for community use, yet still be a reminder of our Christian past and present. Alongside this were examples of vital community ministries and other good things supported by Christians for the good of all.

One last thing, it is ironic that on our shortest walk I have somehow damaged my right foot. I am treating it with ice at present and am praying all will be well in the morning.

What a wonderful pilgrimage experience so far! I am sorry to hear of your foot injury and ask all to please pray for Bishop David’s speedy recovery, so that he can continue this sacred pilgrimage through the Archdeaconry of Woodstock!