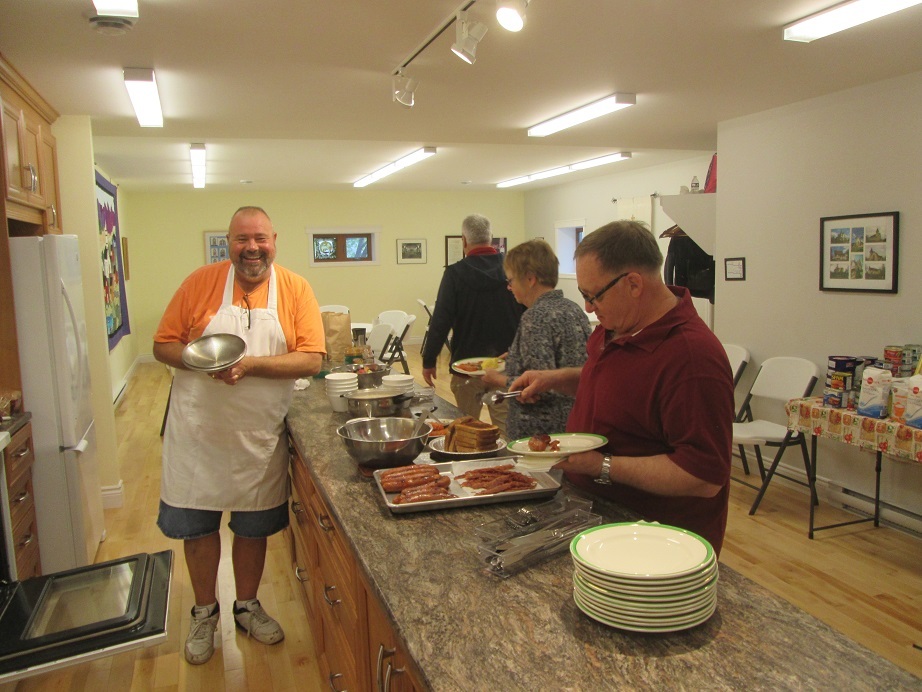 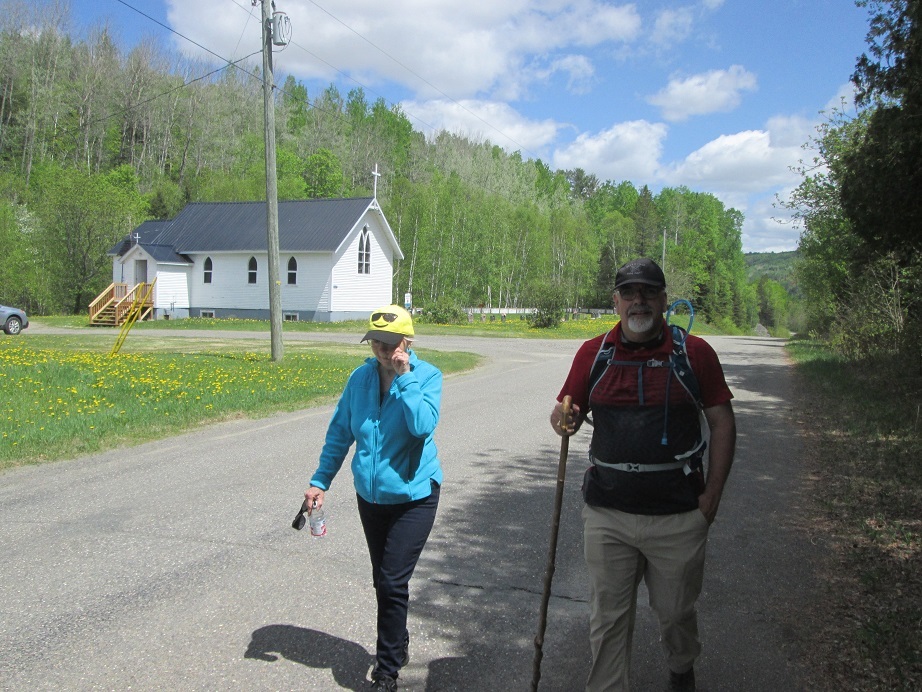 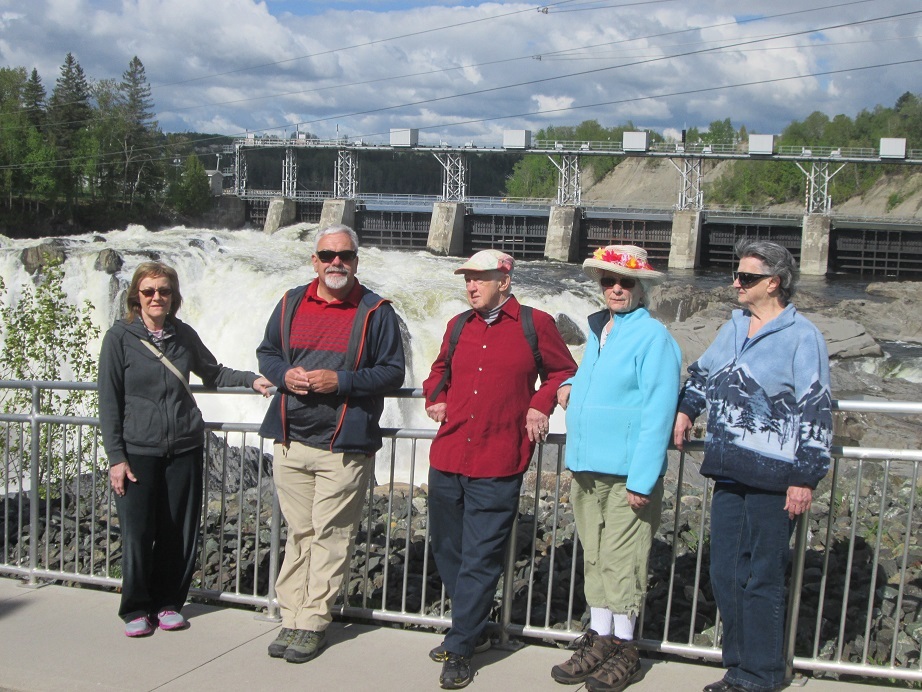 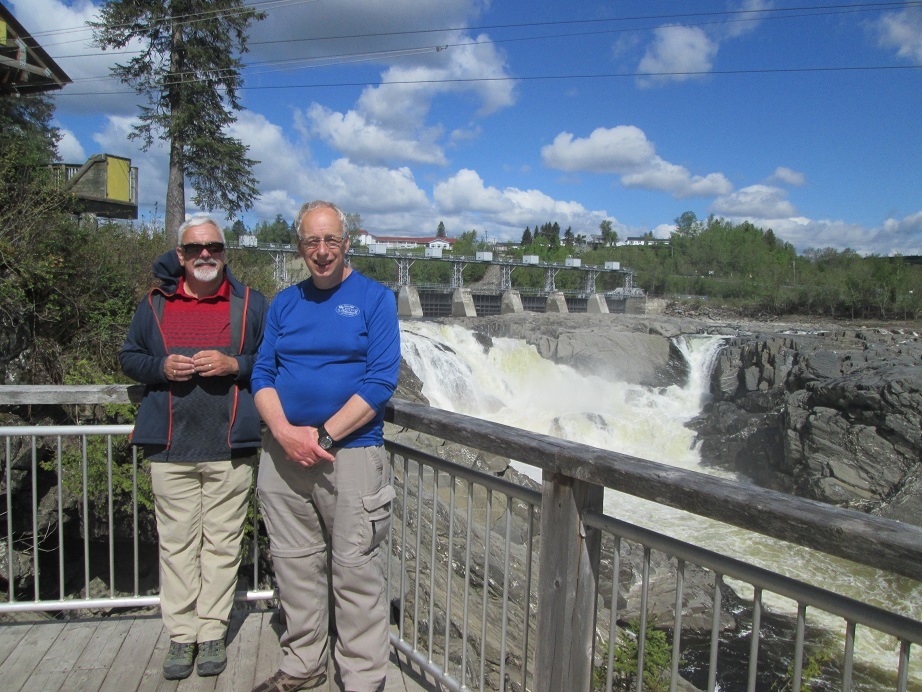 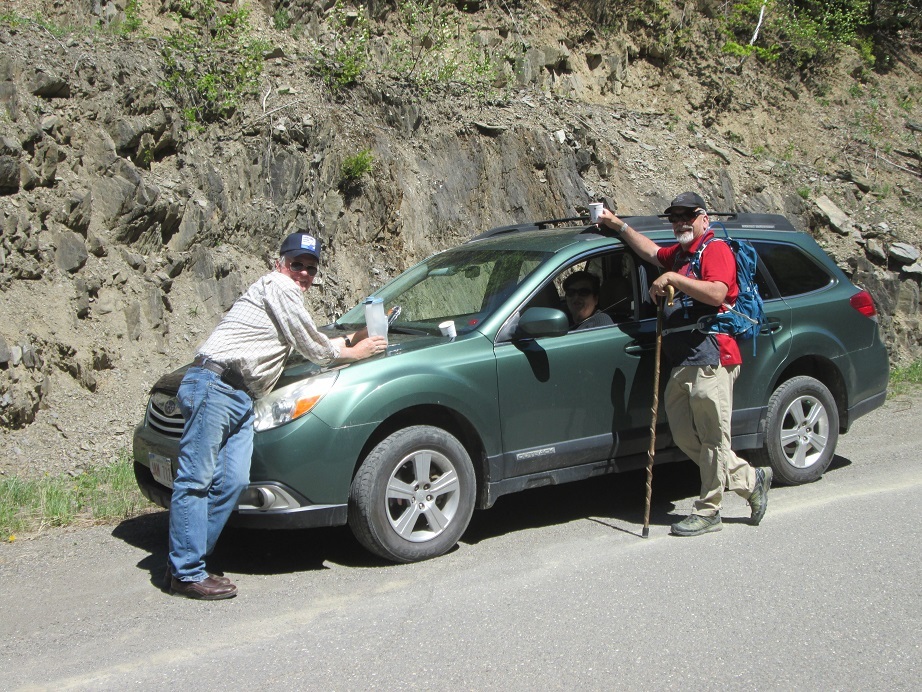 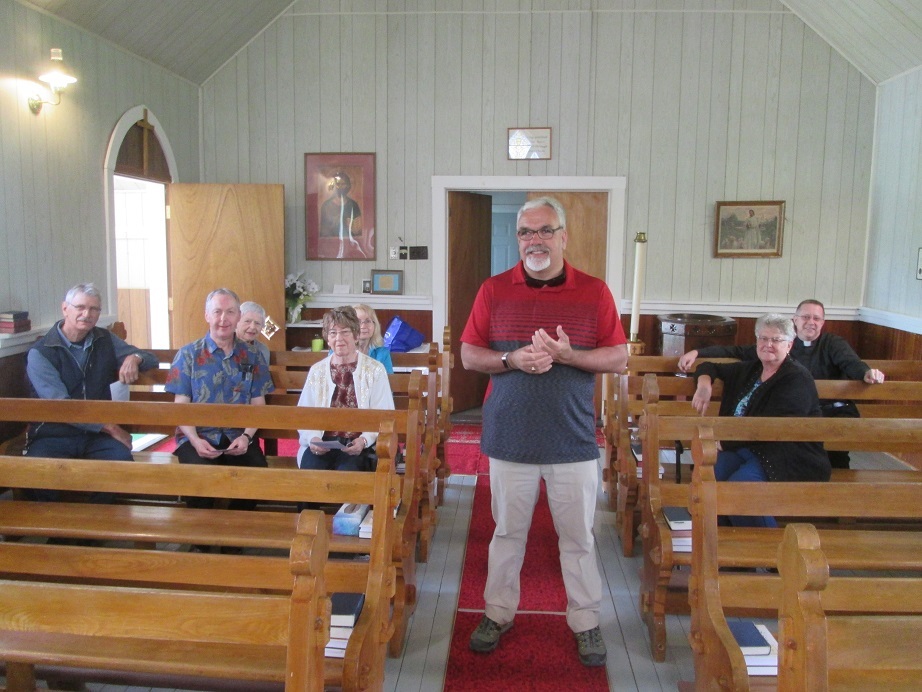 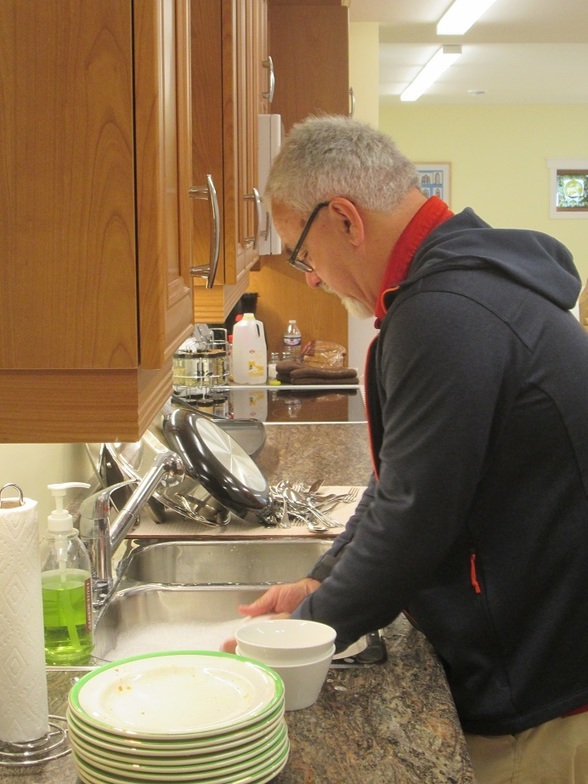 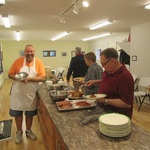 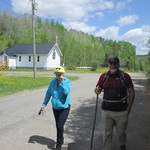 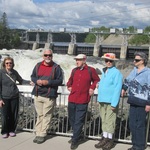 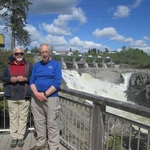 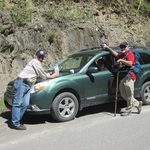 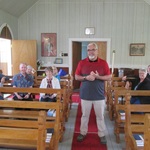 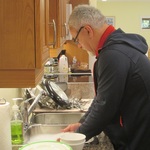 Today was another good day. As some of you may recall last night I mentioned that I had hurt my foot. The good news is that after icing it and making adjustments to my footwear, a short walk around Grand Falls this morning eased it considerably and we were not delayed at all. After lunch we walked from St. Paul’s, Limestone Siding, to St. Ansgar’s in New Denmark. It was a beautiful walk. The sun shone, there was a gentle breeze and we were able to move along quite quickly.

We had our first lung bursting stretch of the pilgrimage today. We began our walk by the St. John River, but New Denmark is high above the water, about 150 metres. The only way to get up is to climb. We decided to take the shortest, but the steepest route, Lucy’s Gulch. It is an asphalt road but requires a great deal of breath to complete it; the good news is we made it.
This morning in Grand Falls the water was rushing through the dam. It was not as fierce as it had been about three weeks ago, but still pretty spectacular. As we walked around the Falls we came upon a stone memorial with a poem written on all four sides. It was dedicated to those who worked on the second bridge across the river in the 1920s. It was a fascinating account of human hubris. The writer was certain, the building of this great structure showed the ability of people to control and defeat nature.

As the 20th century passed it became more and more obvious that human ability, though capable of wonderful things, is not able to exercise the control it once thought. The optimism of the 19th century, which dissipated over the following 100 years has left us with many scientific and technological advances, but very little in the way of meaning and security.

The killing of God in western culture went alongside the promotion of human greatness. Once this was found to have feet of clay, what then? We are left with all manner of questions about the point of ourselves and the usefulness of the things we do. To many of us, they seem to be random and without meaning. There is no overarching story into which they fit.

Walking through the natural world today it was possible to see God pointing towards himself. Despite what some might argue there is a sense of unity in the natural world which points to something that is not random, but which has a unity. It can be suggested that at the surface level there is a great diversity, yet in essence, there is a unity of purpose which lies below. For example, much of nature exists to sustain life in all its various forms.

Tomorrow we leave here early in the morning to go to Licford to say our morning prayers. Then along the rail bed to Perth-Andover. It will be one of our longer walks, so we are hoping for good weather.