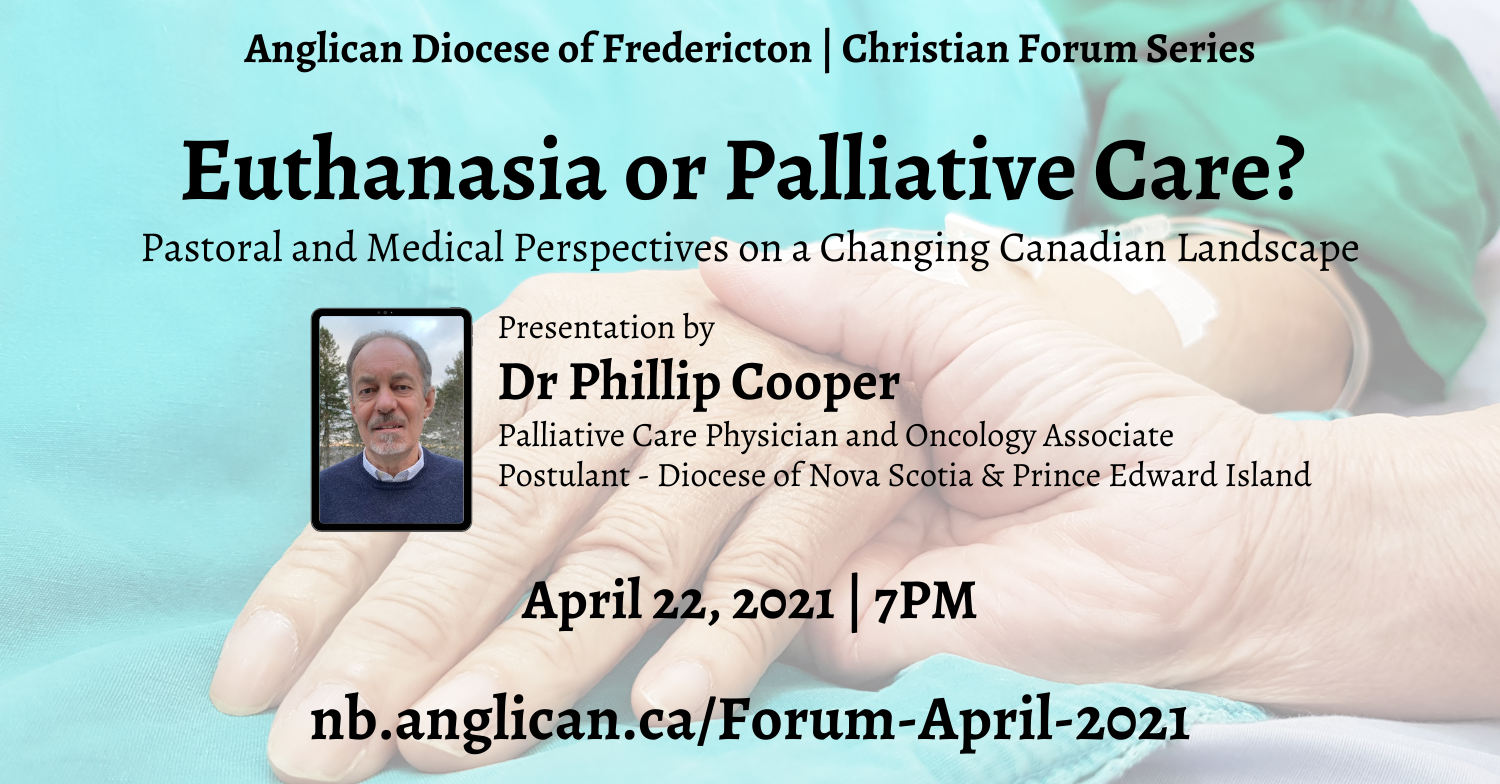 Save to your Calendar

Since the decriminalization of euthanasia in Canada with the passage of the law on MAiD (Medical Assistance in Dying) in 2016 there has been unprecedented moral distress, not only among patients and families close to end-of-life but also among healthcare workers (particularly those of Christian faith) and clergy providing medical and pastoral care for those either considering or actually undergoing MAiD.

As a physician for more than 45 years, the last ten in the practice of oncology and palliative care, and also as an ordinand for the Associate Priesthood in the Anglican Church of Canada, I often struggle to deal with this new and evolving reality and the extent to which I am ethically and bi-vocationally obliged to accompany those seeking to pursue the legal option of MAiD. In arguing that MAiD is contrary to both my religious and medical ethics and is also the antithesis of the traditional philosophy of palliative care, I will attempt to present a balanced view of how we may learn to live (and to die) with radically different opinions on this existentially fundamental issue. Referring to the Anglican Church of Canada’s past statements on the subject I will discuss the proposed amendments currently before the Parliament of Canada, which seek to further liberalize access to MAiD.

Finally, I will invite discussion around the question: How in our increasingly secularized and individualistic society can we provide the best possible pastoral and palliative care in the context of those suffering with severe or life-threatening illness, while ensuring that our own conscience rights are protected and preserved?

Dr Phillip Cooper grew up in rural England, attended medical school in London (graduating in 1974) and then studied surgery in Scotland, becoming a Fellow of the Royal College of Surgeons of Edinburgh in 1982. He spent the first half of his career working as a family physician, obstetrician, surgeon and medical educator in a dozen countries on six continents, mostly in the Developing World. He moved to Nova Scotia to take up full-time surgical positions in 1993, since when he and his wife, Simone, have called Antigonish home.

While trying to wind down his surgical practice in 2010 Phillip was asked to help out with local crises, first in  Medical Oncology and then in Palliative Care. For the past ten years, Phillip has enjoyed a ‘new career’ as a Palliative Care Physician and Oncology Associate based at St Martha’s Hospital in Antigonish, the only hospital
in Nova Scotia which has been able to formally maintain a mission of Christian healthcare.

A cradle Anglican and life-long church musician, Phillip discerned a call to ordained ministry soon after beginning this unplanned second career, and at an age when most of his contemporaries were planning their retirements in 2015 he began part-time studies at the Atlantic School of Theology in Halifax. After 5 years as a Postulant and while serving as a Lay Minister in the Parish of Three Harbours he completed the Graduate Certificate in Theological Studies at AST in April 2020 and was recommended for ordination by a pre-ordination review panel in January of this year, the recommendation being accepted by Bishop Sandra Fyfe.

Phillip remains a passionate advocate for palliative care and plans to continue with his bi-vocational ministry following his ordination, God and Simone willing!