A garden grown with love 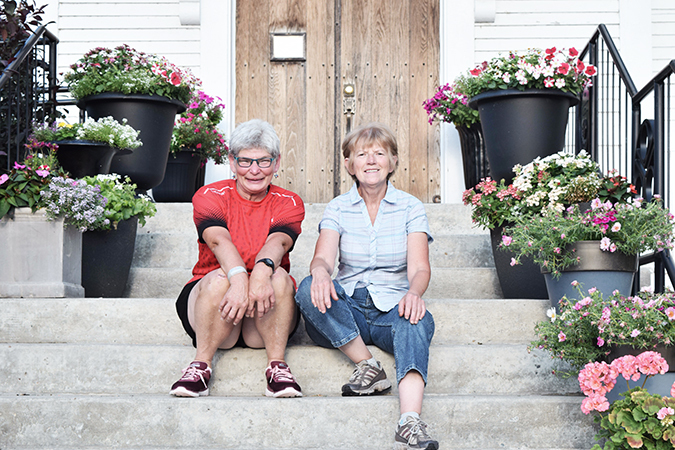 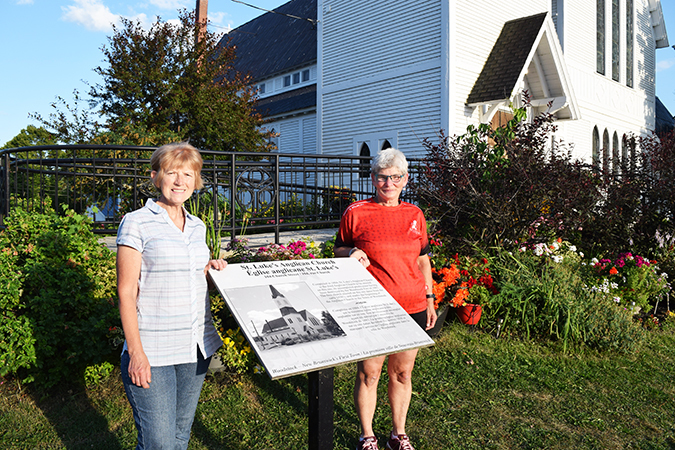 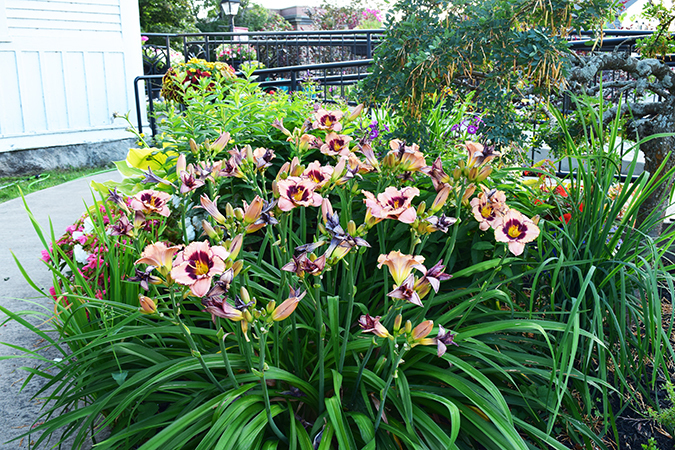 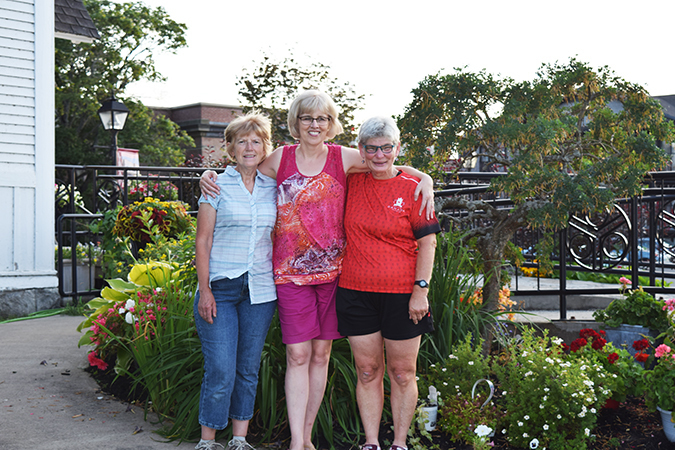 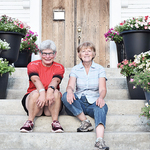 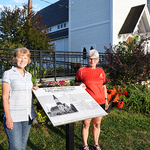 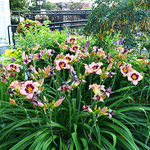 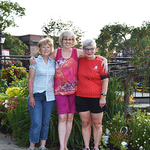 Mary Whiteway Wright shared the following on how she got started on the beautiful flower garden in front of St. Luke’s Anglican Church, Woodstock. This is Mary’s story.

I am the custodian at St Luke’s Anglican Church. I worked for my sister when she had the contract, so I have worked there for years. She retired and the rector at the time asked me to take over as an employee for the parish. This was in 2007 or 2008.

I was groundskeeper for the church, so I trimmed the small front garden. It had two trees, some lilies and a shrub. It was about half the size it is now.

The back garden had a small tree and a couple of lilies. I believe that Rosalie Brown planted the hostas along the church wall in front and some youth planted the two crab apple trees on the side of the church. One had quite a bit of dead in the branches and in the main trunk, so we removed it.

Every year I trimmed the front, but it needed some color. One year the youth planted some small flowers and it looked nice.

In 2011 my mom, Muriel Palin, passed away. She was a devout Anglican who attended the Anglican church in Hartland, and she loved flowers!

Late in her life she developed allergies and couldn't have real flowers around. She really missed them. I started doing artificial flower arrangements for her.

When she passed away, I wanted to do a pretty garden for her, something as beautiful as her soul. I thought I'd do a pretty garden at the Woodstock church, where she had many friends! I have expanded it and added perennials, more shrubs and more pots.

The first year I noticed that the flowers looked droopy in August, and I discovered slugs in the garden. If I put the plants in pots, they looked much better and lasted longer!

So the garden is eight years old and in memory of my mom. My mom was low key and liked to work behind the scenes, never drawing attention to herself. She wouldn't have wanted a sign or a plaque, just the flowers and a smile to people's faces.

Something that started as being therapeutic for me as I dealt with my grief blossomed into a place where people could smile and it would make a difference in their day.

Everyone stops and says that it is beautiful and thanks us. People from other areas make a point of coming to the garden when they come back each year. Others pick a favourite pot. Some look to see if we changed the pots around.

We get upwards of a dozen or more positive comments each night! One Ontario couple told me that the white flowers are pretty at night when the streetlight shines on them, so we added some little solar garden lights this year.

My friend, Patty Connors, helps me water the plants. She thought a lot of my mom as well. She has become quite a gardener. Recently I went to Toronto and Patty and Annette Wilson looked after the garden. They did a great job!

Patty likes to carry water, even though we have a long hose. She says it keeps her in shape and gives her a workout. She hates to deadhead the flowers, though, and doesn't understand why you have to.

I planted more perennials this year in the ground. They will look nice next year. The flowers also attract bumblebees. It is nice to see them. Last year there were butterflies. A bench or small fountain has been considered as well.

This year the Atlantic Superstore donated a lot of geraniums at their closing. Alex from the Superstore garden center was great. He dropped off a bunch of pots.

Thank you to Mary and Patty for this labour of love. You have given a glorious gift to our church and community! God bless you as you continue to bless others! Submitted by the Rev. Shirley Noseworthy, rector of the Parish of Woodstock.

David over 1 year ago