A red-yarn prayer tree for Advent 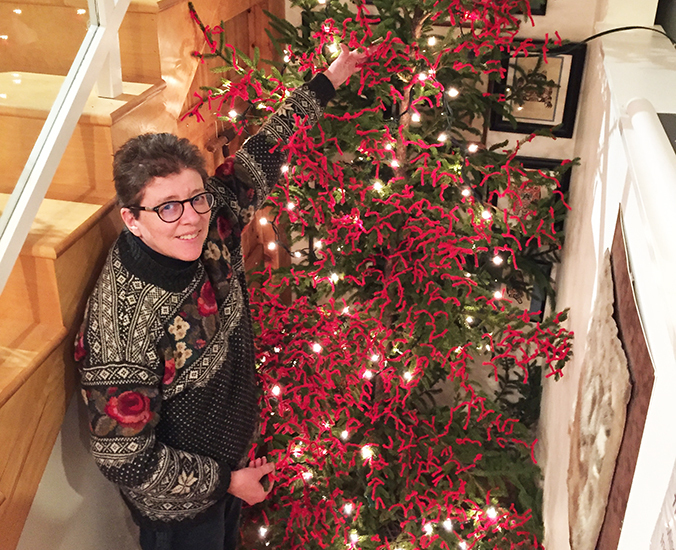 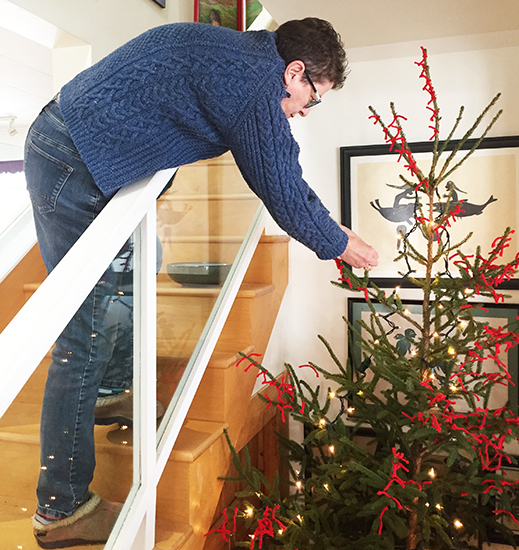 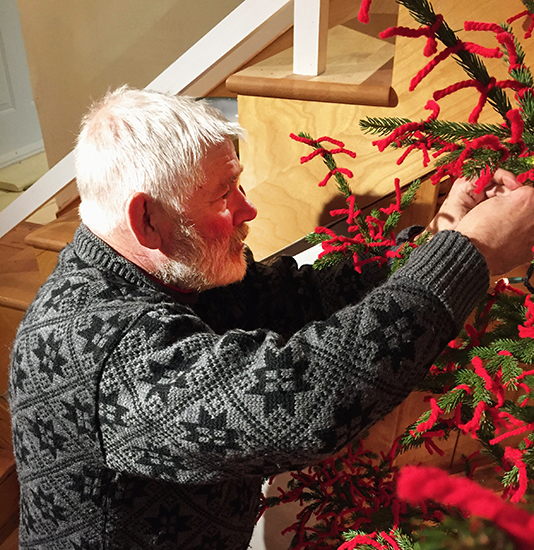 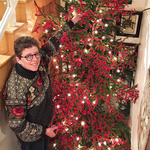 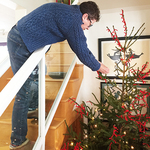 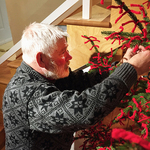 NOTE TO READERS: This story will be the featured "Good News Story" in the December issue of the Anglican Reconciliation Connections newsletter.

My husband, Bruce Langhus, and I were brainstorming what we could do for unique trees at Lang House this year. A small one with cookie cutters was one idea, but I had the idea of doing one commemorating #MMIWG, Missing and Murdered Indigenous Women and Girls.

I read news articles and John T. Fox’s book, The Fire Within: A Father’s Struggle for Justice, Dorrance Publishing Co., Pittsburg, 2019. It is not easy to read such stories. I wanted a number to show the immensity of this crime in Canada, hoping that it would lead us somewhere.

In 2019, Sovereign Bodies Institute (a nonprofit from California) confirmed 1,724 missing and murdered indigenous women in Canada since the 1900s. From 2016 to 2019, three deaths have been reported each month. As a start, I wanted to envision the number —1,724 — fully knowing that it is constantly being added to.

We chose a fir tree about 12 feet high and put it in the stairwell to the basement. I started tying red ribbon, but soon saw that with such a high number needed, the cost would be about $70 in ribbon.

I chose instead a bright red acrylic yarn. Using 10 cm (4-inch) pieces, I would need two skeins. My sister told me how to cut the yarn into equal pieces like we did for making pom-poms long ago.

It took me 12 days of working comfortably an hour or so each day to reach the halfway mark of one skein. It is not a project to rush, but I hope to have it done before Christmas.

It is prayerful time and one that entails my whole body moving around, setting up a constant motion. It is a quiet, reflective time.

In his book, John T. Fox says that all we can do is pray. Tying on the yarn is my prayer for Advent. Seeing the yarn on the tree is beautiful, but when we stop and think that each one is a murdered or missing indigenous woman or girl, I want to do more.

PWRDF has indigenous programs through the NEDC Nuu-Chan-Nulth Economic Development Corporation in Port Alberni, B.C., where indigenous youth can get training and mentoring, as well as a $5,000 loan to start a business. Check the PWRDF World of Gifts for more information https://pwrdf.org/world-of-gifts/.

As I continue to tie on the red yarn, I long to see what we can do to help indigenous people in our own province and beyond.

UPDATE: I counted up the days that we worked on the project. It took 17 days in order to tie 1,724 pieces, essentially 100 pieces per day.

Marian would be pleased to discuss this Advent project with church groups.
marianlanghus@gmail.com

Marian Langhus is a warden in the Parish of Gagetown. She and her husband, Bruce, operate Lang House B&B in the Village of Gagetown.

1. Bruce Langhus adds some yarn to the tree. Each small, red tie represents one missing or murdered indigenous girl or woman in Canada.

3. The tree is a colourful display of red yarn, but it is a poignant reminder of the 1,724 murdered or missing indigenous girls and women in Canada.

All photos courtesy of Marian and Bruce Langhus.