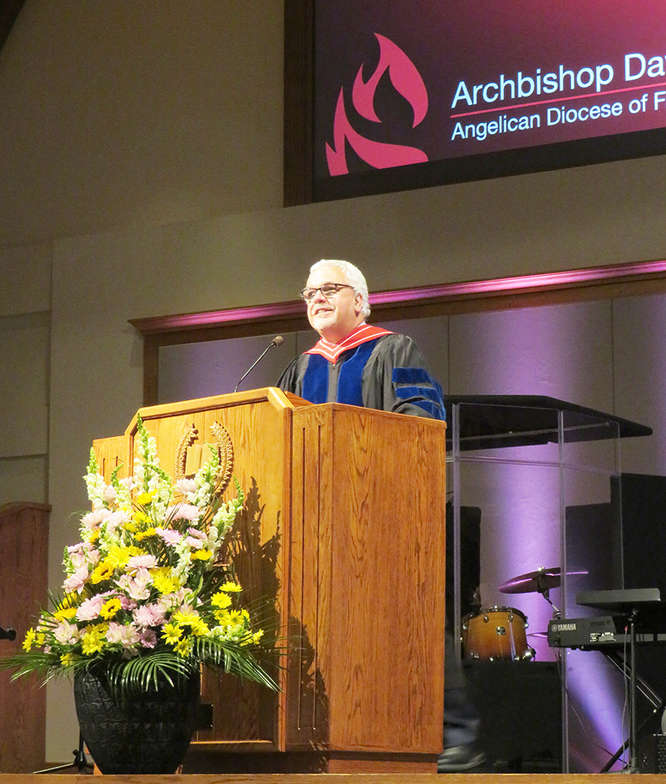 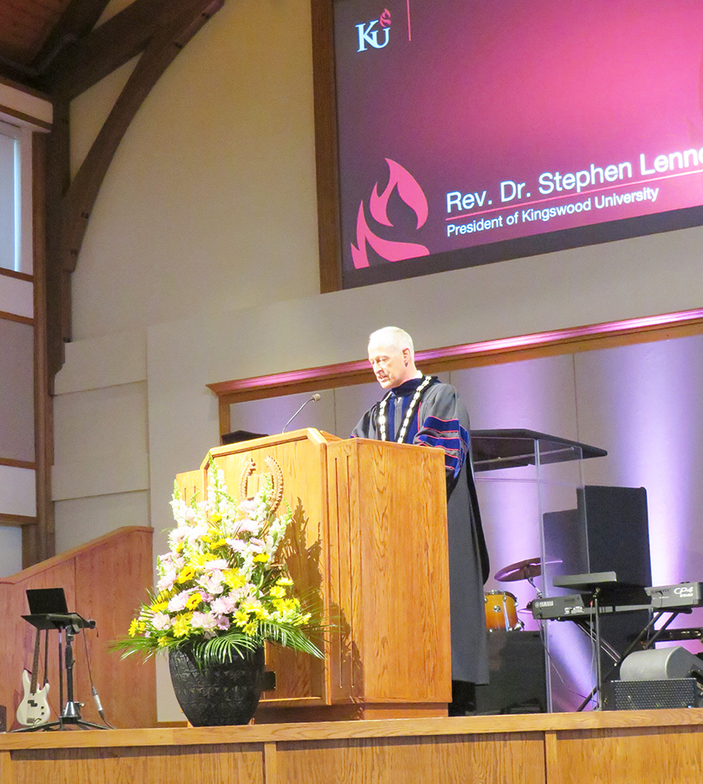 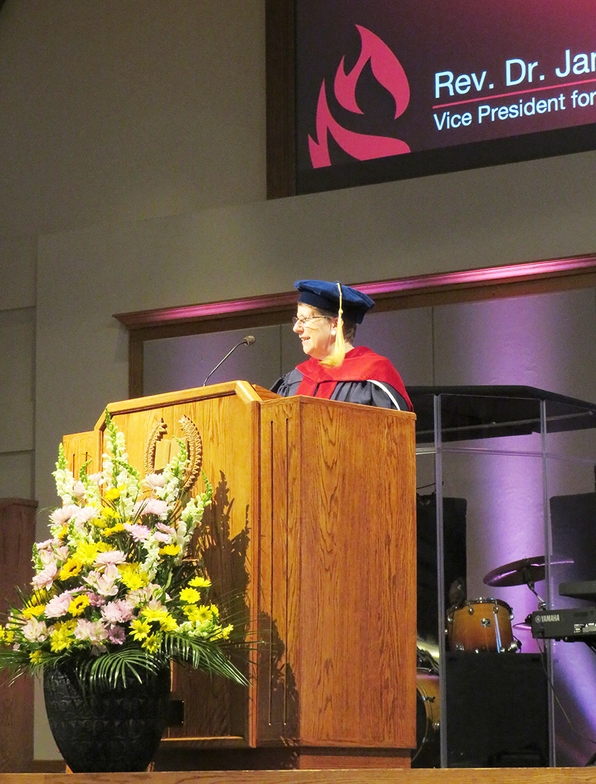 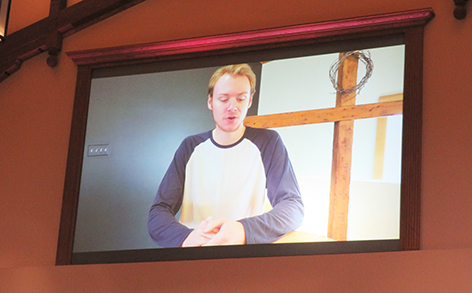 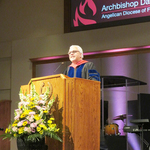 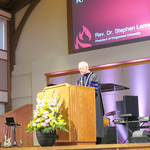 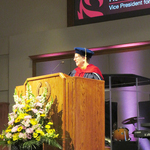 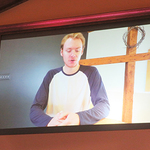 Only 14 of 50 members of the graduation class of 2020 were on hand for their delayed ceremony April 30 at Kingswood University in Sussex. COVID-19 protocols kept most at home — elsewhere in the Maritime provinces, the United States and beyond.

The next day, a slightly larger crowd was on hand for the 55-member class of 2021’s ceremony. Archbishop David Edwards was the commencement speaker at both events. He was there at the invitation of the university’s president, Dr. Stephen Lennox.

At the Friday evening 2020 ceremony, both the salutatory address, by Melanie Hingley; and the valedictory address, by Andrew Ross, were pre-recorded and played for those gathered. The Rev. Dr. Janet Starks, vice-president of academic affairs, said both students were exceptional, with their grade point averages differing by 1/100 of a per cent. Both have pursued masters programs in the intervening year.

“It’s hard to do this commencement address because you’ve already commenced,” said David to the 2020 class. “I should be asking you what you’ve been doing in the past year.”

He began by noting a pivotal point in human history — July 20, 1969, the day Neil Armstrong walked on the moon.

“People even in the most remote places of the world saw this event,” he said. “Today we watch and listen to multiple items on multiple platforms.

“But this is not some sad, old guy longing for the days of mom and dad and their 2.5 children sitting around the TV watching The Nature of Things.

“This all means we have a great deal more challenges sharing the word of God,” he said. “It’s a lot more complicated.”

David recalled when he first began as an evangelist, he preached outdoors to large crowds of “mostly uninterested people.”

He went door-to-door talking about salvation and inviting people to church, and found that most people knew the basics of God, Jesus and sin.

“These are different times now,” he said. “I believe we do not have a common language.”

With the 20th century came a shattering of images, and we are living with the results. It’s not all negative, though, he said. We are quicker to challenge injustice.

“But what we don’t have is an agreed-upon truth,” he said, adding the key word for his commencement speech was ‘adaptation.’

To be effective, we need to be flexible. It’s no longer the age of Christians downloading their ideas onto others who just accept them because those ideas are best.

“But there’s no need to change the story,” he emphasized. “It’s how we authenticate it that matters.”
David noted the authentication Jesus gave to his story. On the night before his crucifixion, he served by washing feet.

“We have to begin with humility. We have to serve, to listen, to know our audience,” he said.

When Jesus talked to the Sadducees, he used only verses from the Torah, since they were the only texts the Sadducees recognized. When Paul spoke to the Greeks, he used examples from their culture and writings to illustrate his points.

And when John Wesley was barred from preaching in Anglican churches, he sought a new path — preaching outside.

“This is verge thinking — preaching outdoors,” he said.

“We have a message to share in a society that is adverse to us,” he said. “How can we effectively communicate the gospel of Christ? You are going to be the generation who makes the changes and the differences.”

The ceremony ended with a prayer for the graduates.

1. Archbishop David Edwards during his commencement address to the 2020 graduates of Kingswood University in Sussex on April 30.

4. Andrew Ross delivered the valedictory address. From Stoney Island, N.S., Andrew was granted a Bachelor of Arts in Ministry with a Pastoral Ministry major.

What a perfect address to these graduates that reflects the realities of today's world! Once again Archbishop David, in his humble, but inspirational words to the graduates of this educational institution, provides guidance and direction to these young adults concerning the challenges that face our world today!

Dear Archbishop David,
Thank you for the address you gave to the Kingswood graduates. These words are true for all Christians in this fast paced changing world. Thank you for your leadership.
Robbie