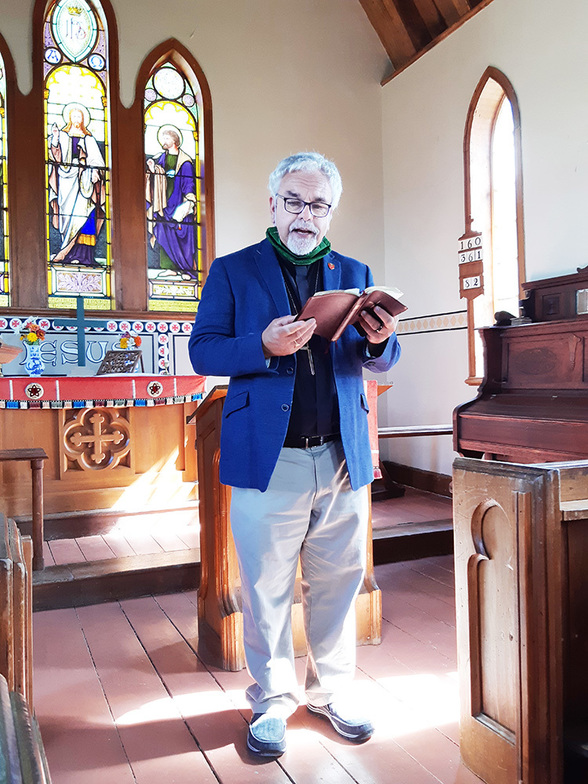 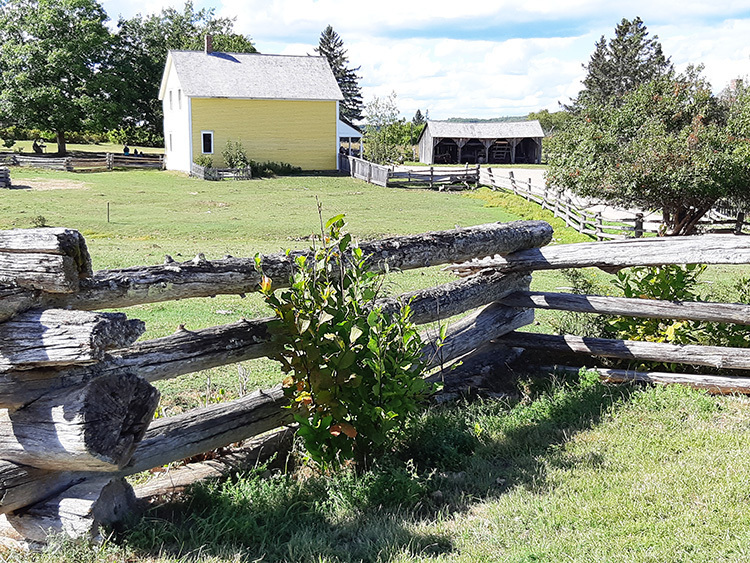 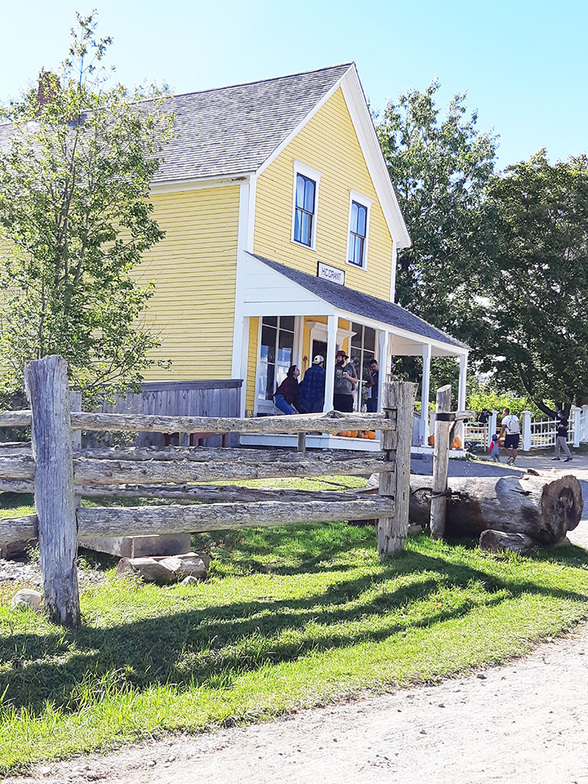 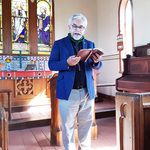 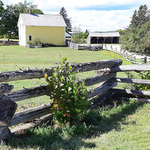 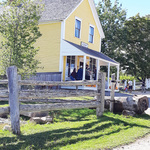 He was supposed to be there in August, but a power outage shut down Kings Landing. So Archbishop David Edwards led the service at St. Marks Chapel of Ease on the historic site upriver from Fredericton on Sept. 6 instead. His family joined him, adding to the headcount of 42 — the largest attendance so far during the 2020 season.

Patricia Graham, in her 41st year at Kings Landing, and a member in the Anglican Parish of Canterbury, Benton and Kirkland, is responsible for making sure everything is ready for each service, including the flowers and candlesticks on the altar. She takes attendance and puts everything away after the service. This is part of her role at Kings Landing.

Abp. David began by explaining the history of the Book of Common Prayer, noting it was written by Archbishop Thomas Cranmer in 1549 so that everyone could be praying the same prayers at the same time.

He explained the five main services in the book, and pointed to the service he would be leading — Evening Prayer — guiding those present in how to use the book.

During prayer, he asked everyone to think of a person in their lives who was troubled — in body, mind or spirit — and to say their name quietly or in their minds. He then prayed for those people.

He read the Parable of the Sower in Mark chapter 4, noting its appropriateness to Kings Landing. He explained that the seed is God’s message of love and outlined the four ways it is received or sown.

“The word ‘listen’ is repeated,” he said. “It’s up to us to listen for the word of God and work out how we are going to respond.”

The tiny chapel on the ground of Kings Landing Historical Settlement hosts Anglican services every Sunday at 3 p.m. from June to Thanksgiving. There is no entrance fee to attend the service. Kings Landing is located at exit 253 off the Trans-Canada Highway at Prince William.

2. Farming is a huge enterprise at Kings Landing.

3. The store at Kings Landing is a popular place among visitors.

Fredericton
St. Mark Chapel of Ease, Kings Landing
Comments for this post are now off.