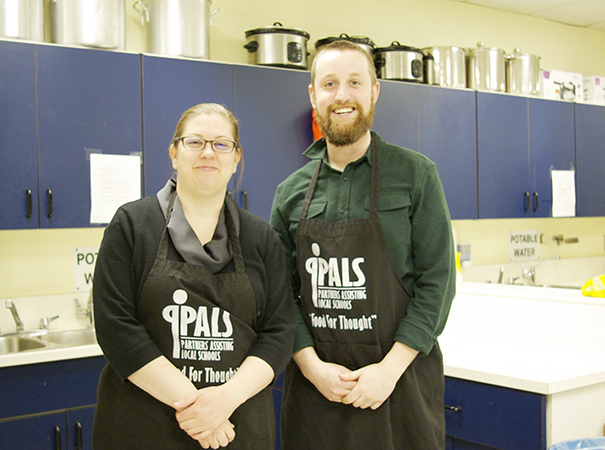 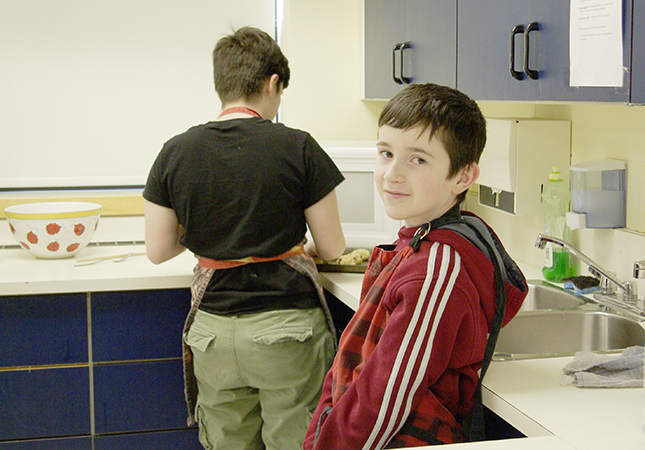 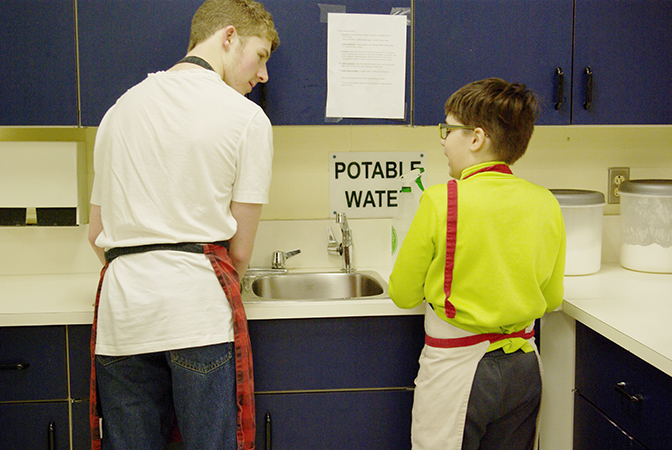 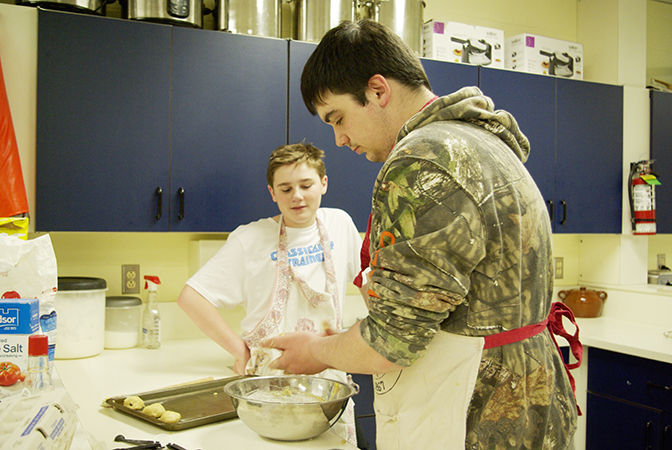 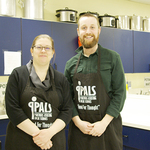 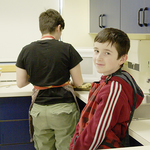 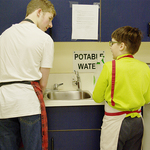 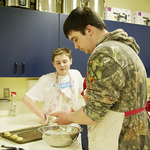 Editor’s note: This is part one of a series on rural parish ministry in the diocese. The introduction to this series ran in eNews last week, April 30. The New Brunswick Anglican visited with the Rev. Dan McMullen, a missioner serving in Upper Kennebecasis and the Kennebecasis Valley. Dan has several missions and ministries on the go, but one of particular interest is his weekly baking class at Belleisle Regional High School.

It’s not his kitchen skills that got the Rev. Dan McMullen the job of baking mentor at Belleisle Regional High School every Monday.

“I stole the idea from a program going on at Hampton Middle School,” he said. “We really try not to do much and just let them figure it out. I make a joke that we’re just here to eat!”

He and teacher Sarah Garnett, who is also the youth pastor at Midland Baptist Church, had a meeting with the principal, Micheal Chaisson, two years ago where they pitched the idea. Since then, they’ve been gathering in the home economics kitchen with six students — three from the upper grades and three from the lower grades — who pair up as a mentoring exercise.

The students are new each week, allowing Dan to meet and get to know virtually all the 225 students in this 6-12 rural school in Springfield, Kings County.

Just down the road in Belleisle Creek, it’s the ACW at St. Simon & St. Jude’s who supply the ingredients. So far the lemonade biscuits are a favourite, though muffins are popular as well.

During this visit, the recipe is for chocolate chip cookies. Dan has forgotten to pick up the chocolate chips, so a partial bag of chips in the cupboard will have to suffice for the three teams of bakers.

“Each team gets four chocolate chips!” Dan announces to the students.

Everyone is aproned and working together. They forego the electric mixers in favour of pulling up their sleeves and mixing by hand. Once the cookies are in the oven, they get to work on the dishes.

“Make sure you wipe the counters off, and the sinks too,” says Sarah.

And once the cookies are baked, they eat a few and are allowed to take the rest to share.

“Feel free to share with your teachers — who allowed you to leave class,” says Sarah.

“It’s a good way to spend time,” says Austin Proctor, 17. “I know everyone looks forward to it, mostly for the cookies.”

The purpose of all this is not really to learn to bake, though Dan is getting better, and the kids certainly enjoy it.

“It’s relationships, mentoring, blessing the community,” said Dan. “The mentoring is great. We’re just working on fundamental skills and building relationships. I come in and the kids say, ‘it’s cooking with Dan.’ It sounds like a TV show!”

Dan does more than act as a baking mentor. He also began a bible study that has morphed into an action group. They were studying the book Love Does, by Bob Goff, and the study inspired the kids to begin doing random acts of kindness. They meet about once a month to do good works at the school.

“The kids said ‘we don’t want another group where we learn more. We want to be Christians in our school,’ and that’s led to the random acts.”

“Mission in very rural areas is difficult because the kids are so spread out geographically,” he said.

“That’s why the school is so important. You go to the places where they’re already gathered.”

But the fact that Dan, an Anglican priest, is allowed to mentor the students might surprise some. Much has to do with Mr. Chaisson. He taught for 20 years in the Roman Catholic school district in Fort McMurray, Alberta, and he’s just a few courses short of a Masters degree in Theology. He’s been the principal for four years.

“When I came here, I realized there was a substantial involvement in the faith community, so I wanted to give kids opportunities to be involved at the school level,” he said.

“But we didn’t have anything and I didn’t have staff interested in taking it on, on top of the 101 other things they do.”

But two years ago, Sarah came back from an educational leave and asked if he’d support a Bible study at lunch time.

“It was like my prayer was answered,” he said. “I’d wanted to do it. Sarah connected with Dan in the faith community and the program has blossomed from there.”

The principal is pleased with the results.

“I think the kids look forward to it,” he said. “They are learning life skills and consuming what they’ve created.”

He’s also pleased that it helps reinforce the intentional mentoring strategy at the school.

“The younger kids know the older kids are here to support them,” he said. “We’ve worked hard at that.”

As for a priestly presence in his school, he describes it this way:
“If you were skiing at Poley Mountain, and you fell down and hurt yourself, and a person came over to provide first aid, would you question his religion? You’d accept his kindness as a Good Samaritan.

“When Dan comes into our school, he’s here to mentor, not specifically from a denomination. If it’s good for kids, we’ll do it.”

Eva Evans over 2 years ago

Keep up the good work! The article said the Bible study was at lunch time. Is the cooking session at lunch time too?