Basswood on Cathedral grounds given new life with carvers 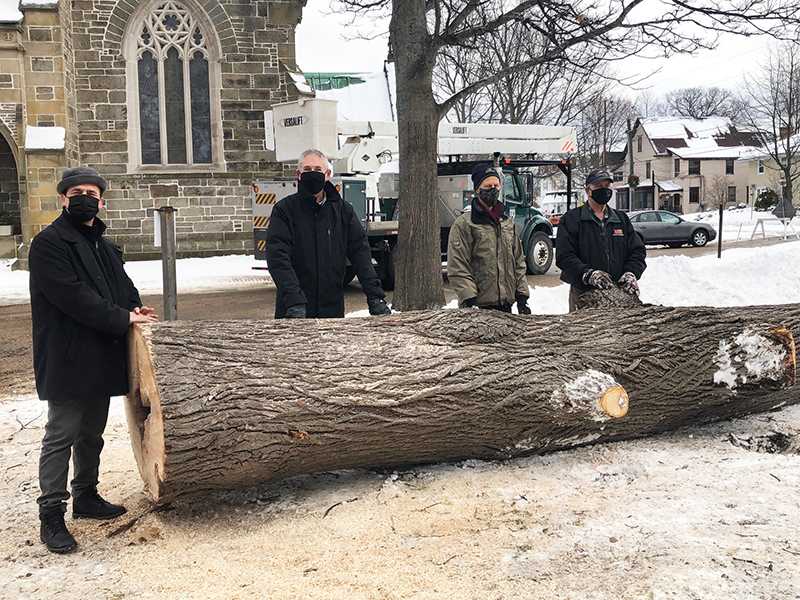 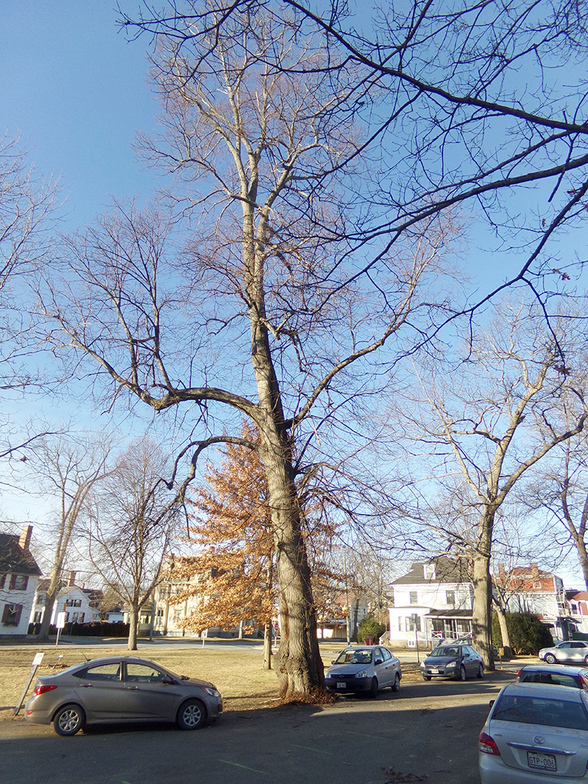 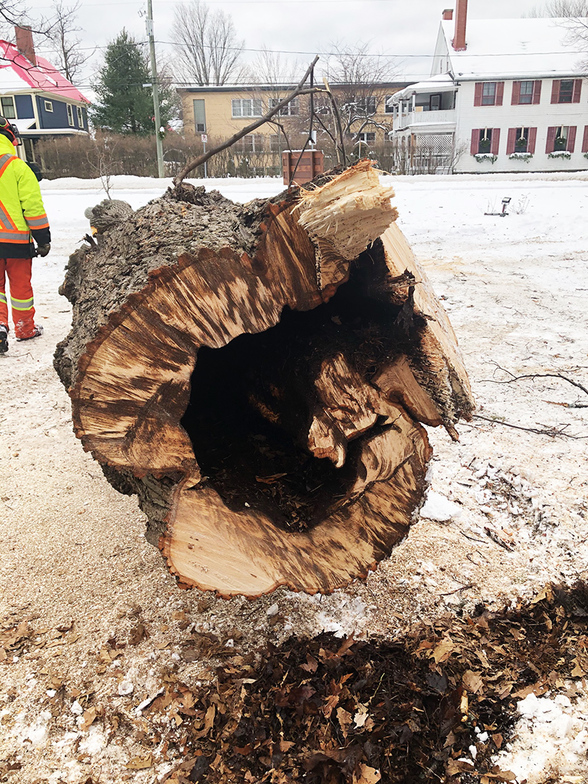 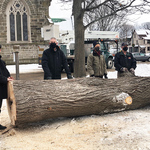 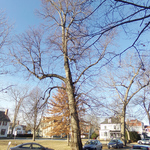 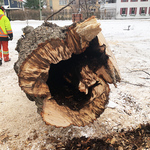 When a 2020 summer storm struck and felled a large basswood on the east end of the Cathedral Green, Christ Church Cathedral congregation member Eric Hadley volunteered to step in and help with cleanup.

Unlike many large trees felled by wind storms, Eric, a retired forester, saw that the roots of this tree had remained firmly planted while the tree trunk itself had snapped.

Closer examination revealed considerable rot within the tree. This outwardly strong looking basswood was a bit of a disaster waiting to happen. And along came Mother Nature and her winds providing just that disaster!

Since there are other Tília Americana (basswood) trees on the Cathedral property, it seemed like a good idea to check for any signs of visible rot and potential for damage to the Cathedral building itself.

Sure enough, just outside the West End (main) door and directly in line with the stained glass window over that door, stood another big, old basswood showing what Eric believed to be signs of rot.

When Eric brought in Mike Glynn, assistant manager of Parks and Trees and city forester for the City of Fredericton, he confirmed the diagnosis and advised that this old beauty posed considerable risk to the building. He recommended it be removed.

Enter Calvin Thompson, manager of First Nations relations, City of Fredericton. Calvin contacted Cathedral officials to see if there would be an interest in offering the wood to the St. Mary’s First Nations community.
The answer was a resounding yes!

Renowned indigenous woodcarver Percy Sacobie was delighted to accept the offer. Basswood are known as a softer hardwood and have long been the wood of choice for indigenous carvers, coveted for its featureless, fine-grained, white wood that doesn’t splinter or chip easily. It’s like carving butter, said Percy.

In addition, Bob Clowater of the Fredericton Woodcarvers group was interested in obtaining some of the wood for their 17 members who meet twice a week at the Johnson Street Seniors Workshop.

Thus, this venerable old tree, Tília Americana, came down Jan. 7. It is worth noting that what the experts believed about the tree was accurate. The center two-thirds of the trunk was totally rotten, leaving only a rim of solid wood partway around the outside. This hole extended about 25 feet up the trunk.

The Fredericton Woodcarvers took three pieces, each about one metre in length from the upper portion of the trunk. Percy Sacobie took all the remaining trunk. Other than the limbs, the entire trunk will be used.

This tree will leave a legacy for future generations. It may no longer stand, guarding those ancient Cathedral walls, but it will not be relegated to the woodchipper or the furnace!

Its God-given artistic form will be transformed into man-made artistic forms by New Brunswick woodcarvers and enjoyed for years to come.

2. The tree a few weeks before it was cut.

I am delighted to hear about the care of the old basswood tree and its future use. Well done!

And the old shall be made new again!! Great idea to share this natural resource for creative use.