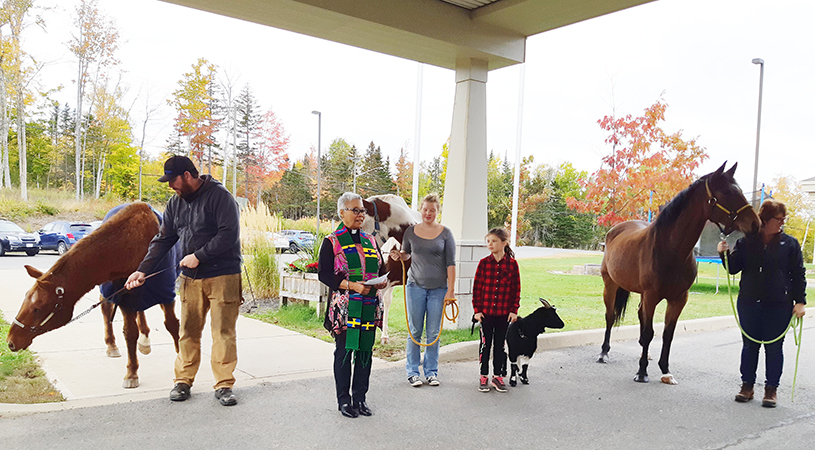 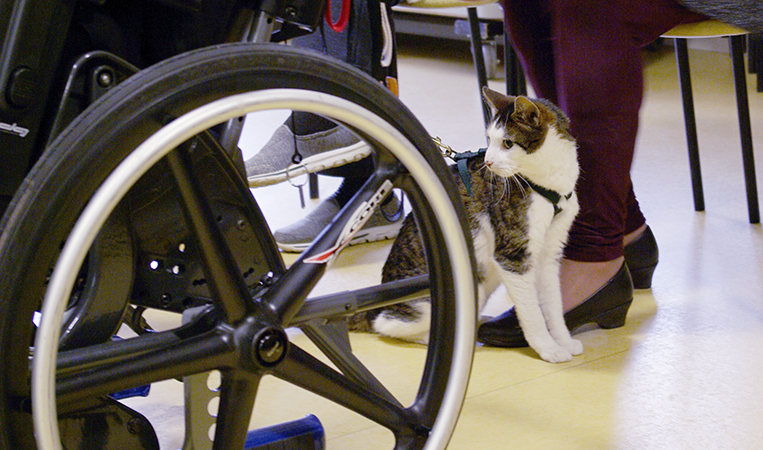 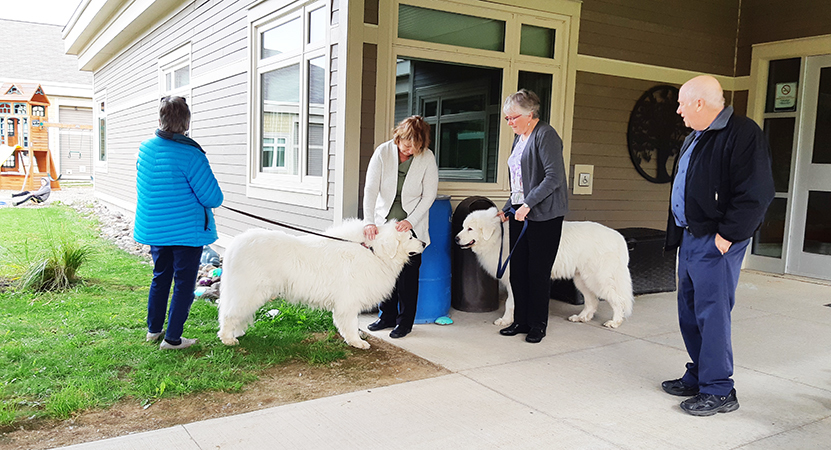 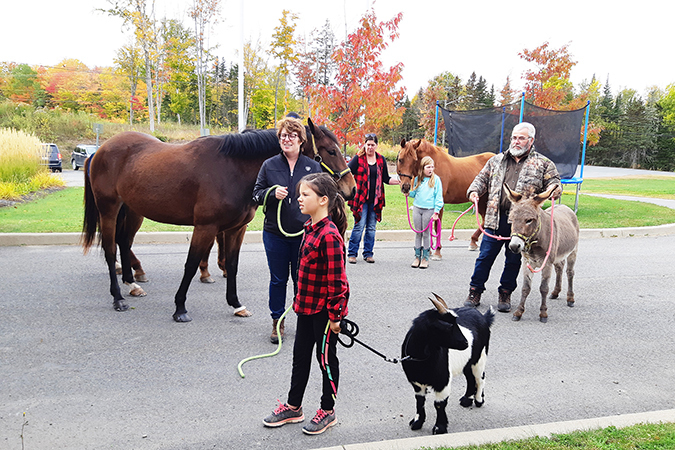 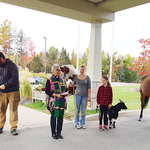 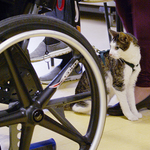 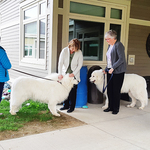 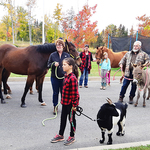 When two horse trailers rolled into the parking lot of Nashwaak Villa, you just knew this year’s St. Francis of Assisi Blessing of the Animals service was going to be a great one.

On Oct. 6, the Rev. Canon Bonnie LeBlanc led the service in conjunction with her regular service at the nursing home in the Parish of Stanley. The animal attendance totaled four dogs, one cat, four horses, one donkey and one goat.

The farm animals came with their two families, the Longs and the O’Neills, neighbours from Tay Creek.

“I’ve had him since I was 12,” said Katie Long of her 31-year-old horse, Rebel. “Unfortunately, that was a really long time ago!”

Katie was there with a second horse, Jessie, 12; dog, Emmett; her husband, Jeff; and children, Sophie and Walter. Katie’s mom, Wendy Maher, also accompanied the family.

The three generations of the O’Neill-Anderson family brought their two horses, Breeze, 12; and Bitsy, 4; plus a donkey named Bonnie; and a black and white goat named Oreo. The humans included Melody, who is director of nursing at Nashwaak Villa; Jim, Julie, Claire, Kailey, Tanner and Owen.

Other than Emmett, those animals stayed outside while Bonnie conducted a regular service inside. Emmett, Sophie the Havanese dog, Stewart the cat and buddies Bromley and Warwick, Great Pyrenees dogs owned by Ann Wetherilt, sat quietly during the service and received blessings from Bonnie at the end of the service.

Once outside, Bonnie blessed the animals enmasse, saying, “Fellow creature, friend and companion, may God your creator preserve, defend and keep you and bless your life in this family’s home.”

Then she went around to each one, lovingly stroking them and thanking them for being good companions. To the horses, she offered a thank you for allowing children to ride them.

“All God’s creatures got a place in the choir!” said Bonnie, quoting a line from a song they’d sung in the service. “We really enjoy our annual St. Francis of Assisi celebrations at Nashwaak Villa.

“This year it was thrilling to have the horses, the donkey and the goat, in addition to the regulars!”

From wikipedia.com:
Pope Gregory IX canonized Francis on July 16, 1228. He later became associated with patronage of animals and the natural environment, and it became customary for churches to hold ceremonies blessing animals on or near his feast day of Oct. 4. In 1223, Francis arranged for the first Christmas live nativity scene.

Three-quarters of a millennium after his death, St. Francis remains an important figure and symbol in and out of Anglican and Roman Catholic Churches. On Nov. 29, 1979, Pope John Paul II declared Saint Francis the Patron Saint of Ecology.

1. Jeff Long with Rebel; the Rev. Canon Bonnie LeBlanc during the blessing; Julie Anderson with Breeze; Claire with Oreo and Melody O'Neill with Bitsy.

3. Bromley and Warwick are therapy dogs at Nashwaak Villa, so they were right at home during the service. They are seen here with their mom, Ann Wetherilt, second from right.

4. From left: Melody O'Neill with Bitzy; Claire with Oreo; Katie & Sophie Long with Jessie and Jim O'Neill with Bonnie the donkey.

Thank you so much for coming to our home (Nashwaak Villa) to praise our Lord Jesus and ask his blessing on all the animals. This was a beautiful service and I am so grateful to Cannon Bonnie for arranging this very special service. And thank you, Gisele, for taking pictures and writing about our special day. Thank you and God bless.
Sincerely,
Melody O'Neill

I bet Bromley and Warwick were surprised not to be the biggest animals there! My dogs were blessed here October 5. St Francis is the patron saint of our parish.