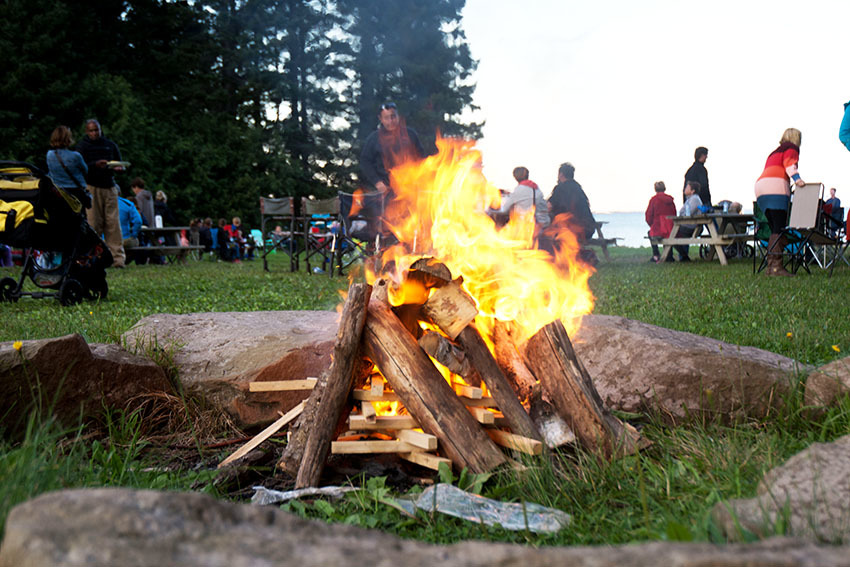 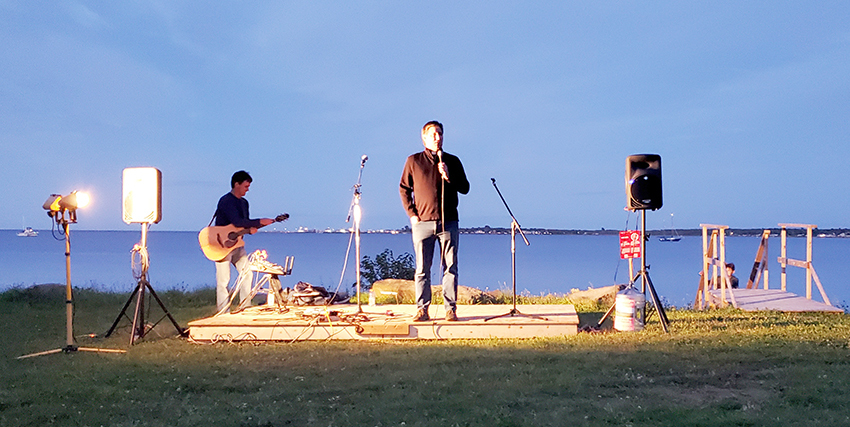 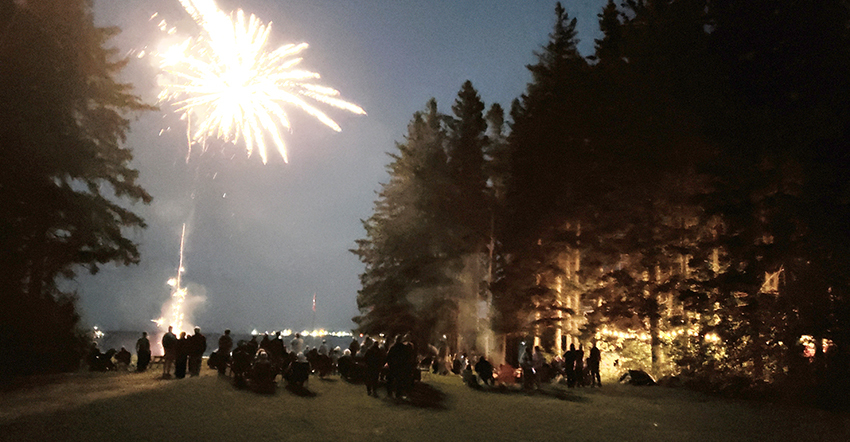 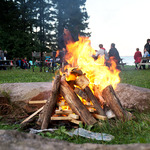 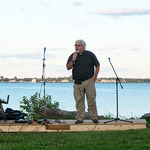 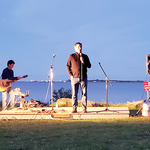 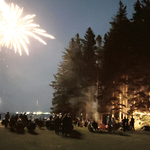 Being the Church during a pandemic requires prayerful thinking outside the box. The church family in Shediac, encouraged by their rector, Archdeacon Brent Ham, decided to do something never tried before.

Our intent was to do something that would be a blessing to our local community; encourage families as they persevered through this pandemic; provide a non-threatening event that friends and neighbours, not familiar with church, could be invited to; support our local school by financially assisting their efforts to refurbish their playground; and finally, be able to laugh a lot while making it happen.

What a surprise when we opened the gates at 5:30 p.m. on Sept. 11 and 180 people streamed through to enjoy the evening.

We began with a corn boil that was the mother of all corn boils.

Peals of laughter erupted from the kids as they took part in organized games.

On a stage at the edge of the water, Barry Williams entertained with his guitar with songs new and old.

As the sun went down, a bon fire was lit and out came the marshmallows.

Finally, the grand finale — fireworks that lit up the night sky. They were absolutely fantastic!

In the midst of it all, we were able to raise $858.10 for the school playground simply by placing water jugs around and allowing people to make a free-will donation.

Our church is growing in spite of COVID, or perhaps because of it!

Kristen McGraw is the office administrator in the Parish of Shediac.

Photo captions:
1. A campfire on the beach, with marshmallows for roasting, made for a pleasant time in the Parish of Shediac.

2. The Ven. Brent Ham, archdeacon of Moncton and rector of the Parish of Shediac, welcomes everyone to the parish’s fall kick-off event on Sept. 11, which included a fundraiser for a local school’s playground, music, fireworks, a bonfire and roasted marshmallows. Musician Barry Williams, at left, prepares his guitar for some entertainment. The backdrop for the event, held behind the church, was the beautiful Shediac Bay.

3. Archbishop David Edwards welcomes everyone to the kick-off.

4. Fireworks were the highlight of the evening.