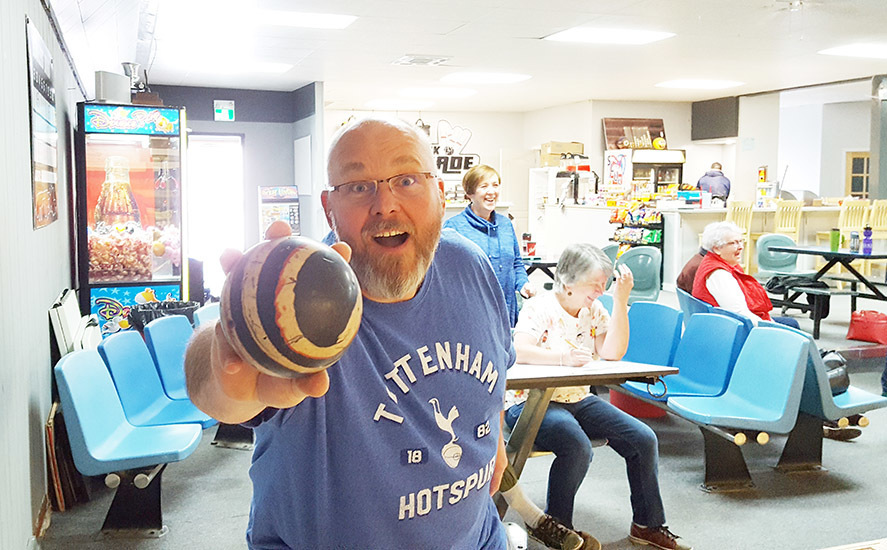 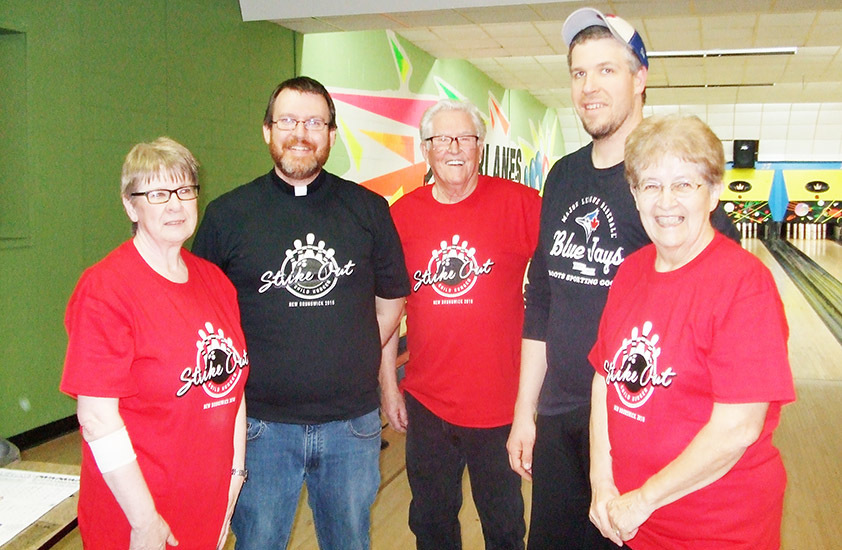 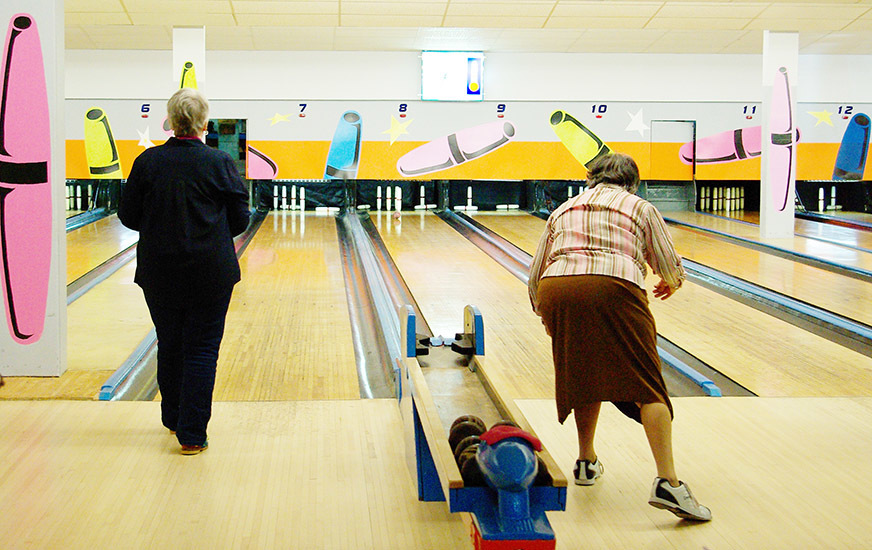 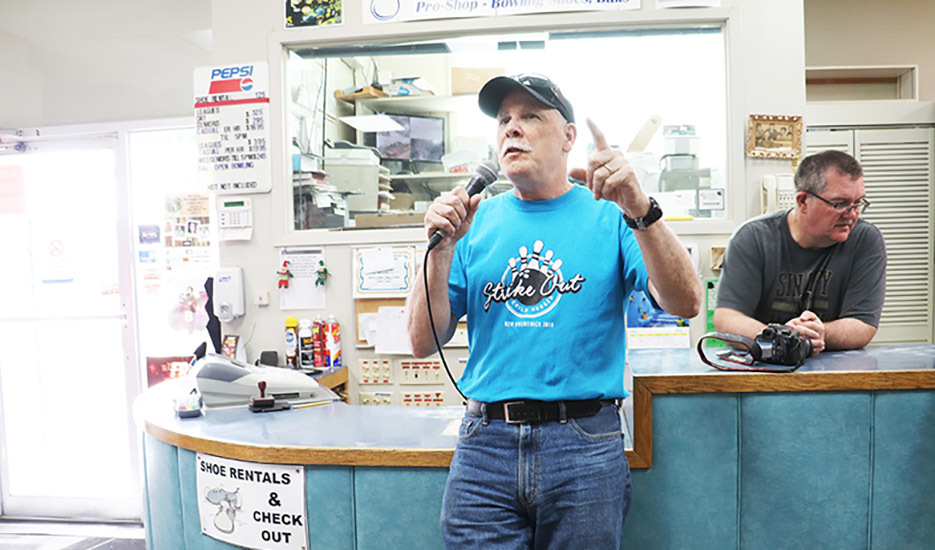 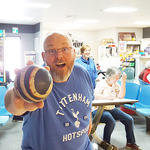 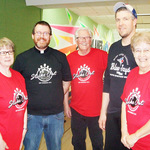 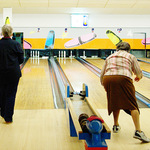 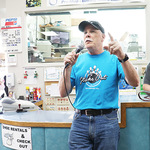 Saturday, April 18 has been announced as the date of the fourth annual bowling tournament in the diocese.

From humble beginnings in 2017, this tournament has grown beyond Fredericton to involve parishioners from all seven archdeaconries.

In 2017, the goal was $5,000, earmarked for Bishop McAllister College in Uganda. The resulting $7,500 raised helped to kick off the library building project at the college, which has just recently been completed.

In 2018, the tournament spread to the Kennebecasis Valley and Moncton, with about $25,000 raised to combat childhood hunger. The Rev. Kevin McAllister, the organizer, had heard Bishop David Edwards speak on the high poverty rates among New Brunswick children, and shifted the focus of the tournament closer to home.

In 2019, every archdeaconry participated in some way, with about $40,000 raised for various local programs that feed children.

“We’re encouraging parishes to do this again,” said Kevin. “Every year the goal goes up because the problem hasn’t gone away.”

In his Parish of Marysville, he and parishioners have a real heart for the cause. Once a month they gather at the Fredericton Community Kitchen’s Student Hunger Program headquarters and load backpacks for students.

“We pack a week’s worth of food — 15 pounds — that are sent home on the weekends,” said Kevin. “It’s been an eye-opening experience for us when you see how much 15 pounds of food is. It’s not much.”

Kevin feels this activity has helped bring the issue much closer to home for parishioners and it will again be the recipient of money raised in the Fredericton area.

“It’s been very good for our church,” he said. “We’ll be supporting the student hunger program for a long time.”

The Student Hunger Program in Fredericton prepares 355 bagged lunches every school day for children in 15 schools. They also prepare snacks and breakfasts in schools throughout the Fredericton area, and fill the weekend backpacks. For more information, check their website. http://frederictoncommunitykitchen.com/school-hunger-program/

This student hunger initiative began in 2014, with the thought that “a healthy lunch is essential to students reaching their full academic potential,” says the kitchen’s website.

THIS YEAR’S PLANS
Kevin is busy lining up leaders in the archdeaconries to organize local tournaments, hoping for even greater participation and more funds raised for the cause.

At home in Fredericton, he had to negotiate a contract with the new owners of The Drome on the city’s north side. On April 18, registration will begin at 12 noon, with bowling at 1 p.m.

Other archdeaconries will develop their own bowling plans and decide on recipients for the resulting funds, but parishioners are encouraged to participate by forming bowling teams, sponsoring bowlers and/or cheerleading at the alleys on April 18.

Insulated lunch bags, sold last year, are still available for $15. All the profits go toward the cause. Contact Kevin for details.

TRASH TALK
As in past years, trash talk among priests and parishes is highly encouraged!

Last year the Rev. Paul Ranson challenged the priest with the lowest bowling score to sing a solo at Clergy Conference in September.

“No one sang,” said Kevin. “But it was probably me [with the lowest score.]”

A rivalry between Kevin and Paul has continued to develop. This year, Kevin is thinking about instituting a minimum height requirement for all bowlers, as he believes Paul is too close to the lanes, making the competition unfair to others.

“If you can’t ride at the FREX, you shouldn’t bowl,” said Kevin, referring to the city’s summer festival. “To use Paul’s own words, ‘it’s on like Donkeykong!’”

Paul has offered a safety caution, saying, “It might be best if Kevin didn’t even show up at the bowling lanes. Someone might mistake his head for a bowling ball!

“It’s all for a good cause, so I don’t want to be THAT guy, but, I feel there should be a stronger emphasis on drug testing, and maybe an audit of the score sheets. I’m very skeptical of one church in charge of it all,” said Paul.

PHOTO CAPTIONS:
1. The Rev. Harold Boomer strikes a pose at the Woodstock bowling tournament in 2019.

2. The team from the Parish of Kent in Moncton for the 2018 bowling tournament.

3.  Bowlers were out to have fun and raise money in the Kennebecasis Valley in 2018.

4. Harold Staples, an original organizer from the first bowling tournament in 2017, gives out instructions at the 2018 tournament in Fredericton.

Fredericton
All Saints
Comments for this post are now off.