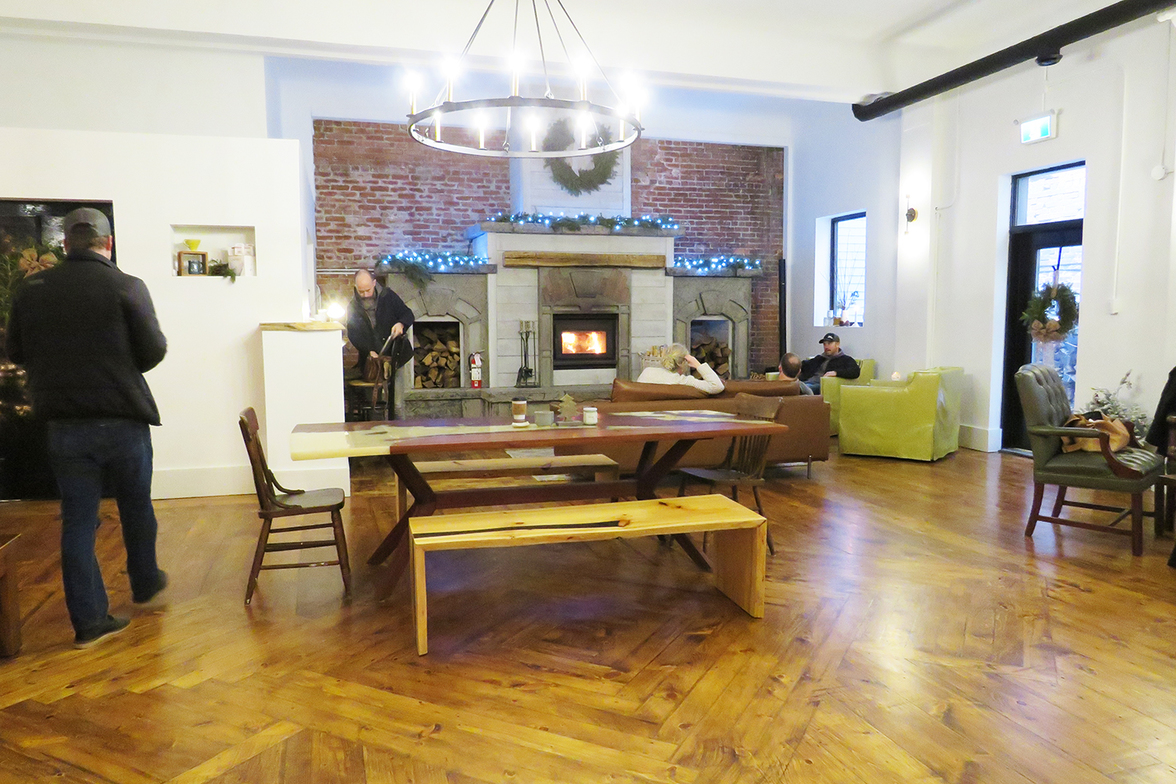 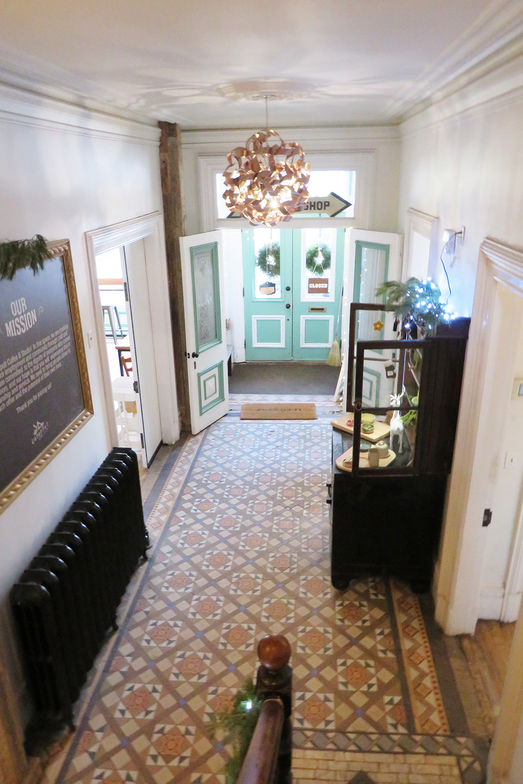 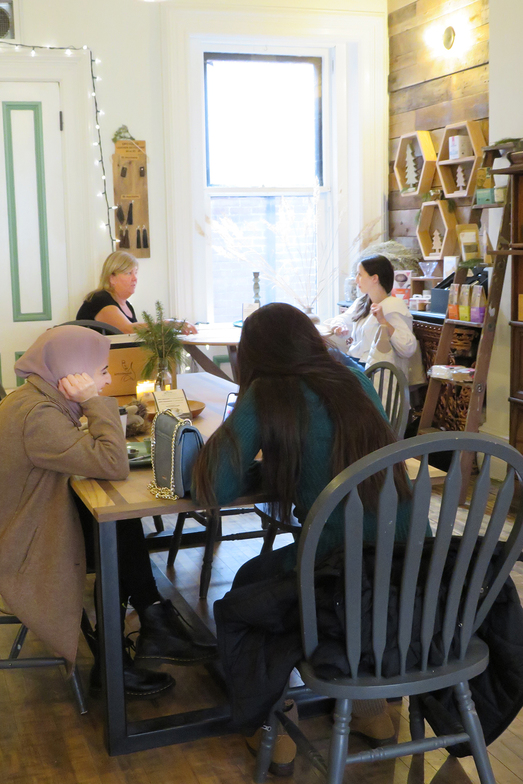 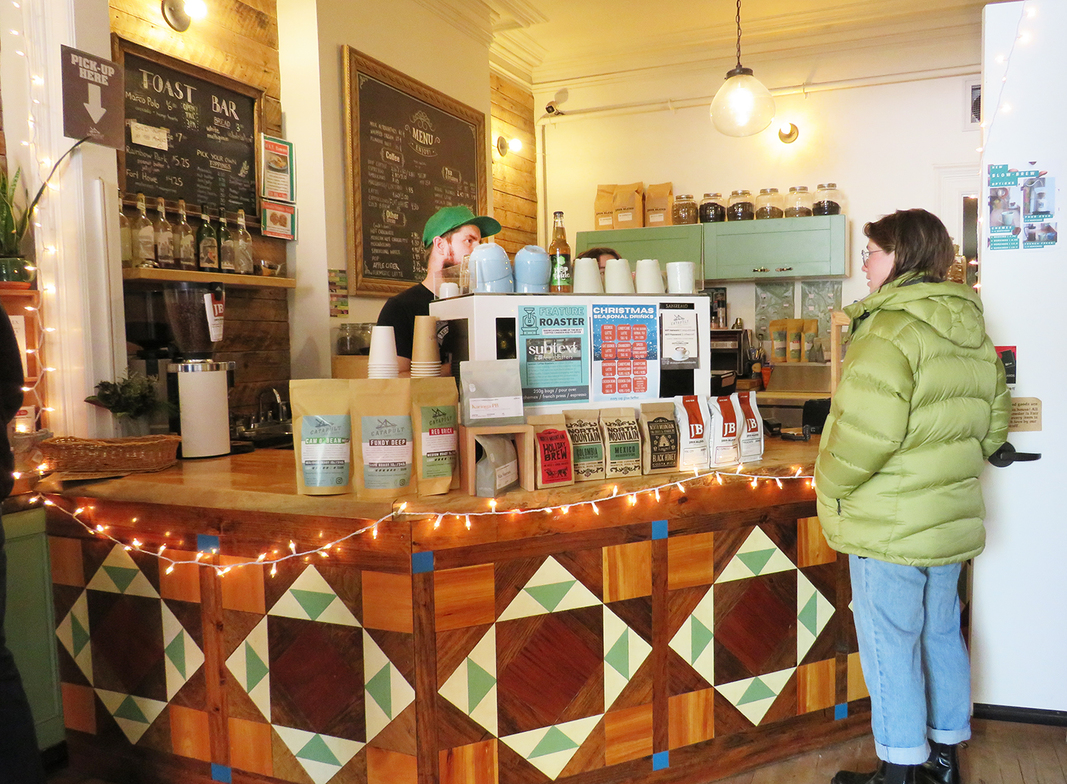 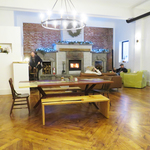 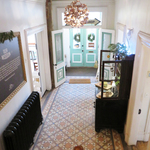 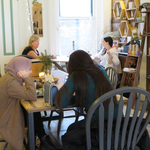 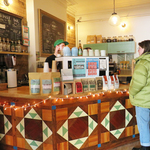 Catapult Coffee and Studio at 116 Princess Street in Saint John is a happening place. The heritage building exudes character, from its many fireplaces to its beautiful staircase, exposed brick and original floors. Coffee drinkers meet friends, hold meetings and even bring their laptops and work all day at the shop.

As of December, there is more than enough space for everyone, since the shop has more than double the square footage it began with back in 2018. The entire back half of the building has been refinished and a large, wood-burning fireplace added to give an expansive air to the shop that had operated with just three rooms for seating.

“Opening the back has brought in revenue,” said Jayme Hall, co-executive director of Outflow Ministry, which oversees the shop.

The popular coffee shop’s address might be familiar to readers. It used to be known as Anglican House — the former Synod Office, supply store and bishop’s office.

When the store closed in late 2014, the diocese was left with a building the bishop used only occasionally. It found new life with a $1 a year lease to Outflow Ministry, a non-denominational mission that provides food, shelter, job training and more to some of Saint John’s most marginalized people.

Outflow uses the profits from Catapult to fund its ministry, and it employs people who have difficulty finding or maintaining a job.

But since the coffee shop has a rather low turnover rate, they’ve shed that label to become employees who stay because they love being part of something bigger, said Phil Appleby, the other co-executive director of Outflow.

“They’ve been here since day one,” he said. “They see it as their calling.”

Phil still has days when he can’t quite believe what God had enabled them to build.

“My favourite thing is we can truly say every cup goes further,” he said. “I have these moments where I see everyone with drinks in their hands and I don’t know if they realize they’re helping with food and shelter. I do love it. It’s like an ongoing fundraiser.”

The expansion used the developing skills of their students in a carpentry training program at Catapult Construction, another arm of Outflow, who worked on the floor and the fireplace, as well as the furniture, which is itself an advertisement. Jayme has gotten orders for tables since the expansion opened.

“It’s an emotional story,” said Jayme. “Take the floor. Students who had big time barriers in life created something beautiful.”

Their coffee clientele is varied, from employees at the nearby Irving corporate office to residents of the rooming house across the street. Pastors meet for coffee, students study here, seeds are planted and generosity blooms.

“We actually had this one guy say, ‘I come here every day and have two cups of coffee. I’d like to give back,’” said Jayme, adding the man has offered his graphic design services.

Many customers read the sign outlining Catapult’s mission which often leads to smiles, discussions on faith and requests to ‘tell me more about what you’re all about,’ said Phil.

Now they can add pottery to the list. Using a grant from the Saint John Community Foundation, they bought a kiln, and Jayme’s wife, Donna, took pottery classes with an established potter. Now they sell plates, bowls, butter dishes, jars and mugs.

Finally, their roof garden provided the shop with lettuce and tomatoes for BLT sandwiches all summer.

This summer, they hope to have outdoor seating in the alleyway, which will add more than a bit of ambiance for diners and coffee drinkers.

For all this coffee shop has, the one thing it doesn’t have is a lease or mortgage payment.

“We could never have done this without the partnership with the Diocese,” said Phil. “It really frees us up to fund ministry.”

PHOTO CAPTIONS
1.  Jayme Hall, far right, is one of two co-executive directors of Outflow Ministries in Saint John, which operates Catapult Coffee & Studio. This photo shows the expanded premises, which has more than doubled the size of the coffee shop in what was once known as Anglican House, the site of the diocesan synod office.

2.  The main entry and hallway at Catapult Coffee & Studio, 116 Princess Street in Saint John, taken from the staircase.

3.  People gather to chat, have meetings, study and work at Catapult Coffee & Studio.

This is an awesome project!!! I know where I’m going for coffee on my next visit to SJ:)