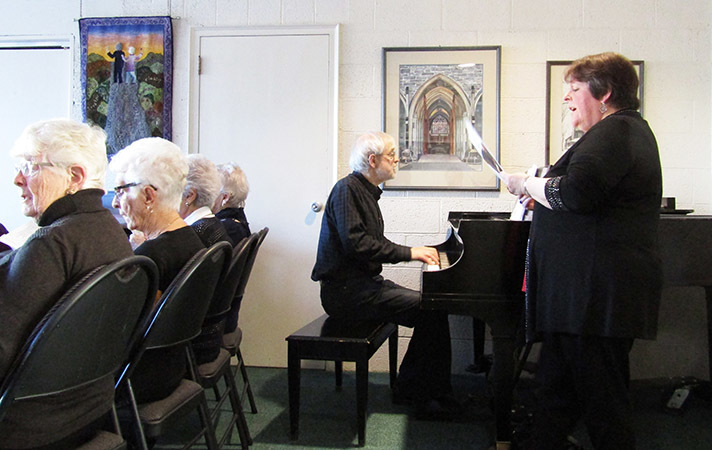 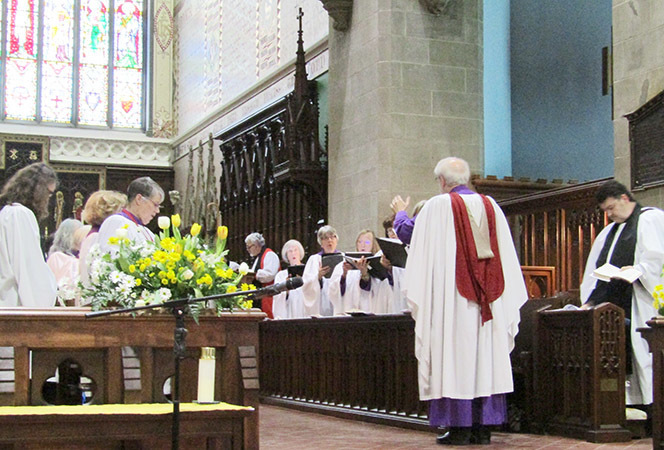 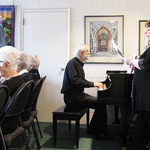 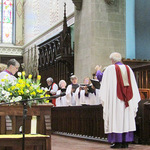 Christ Church Cathedral has the sad task of announcing the death of Mr. David Drinkell, BA, FRCO(CHM), ADCM, ARCM, and director of music and organist at the Cathedral in Fredericton since 2016.

His death occurred Sept. 26 after a brief battle with cancer. He will be remembered not only for his gift of music, but for his storytelling ability that kept so many entertained. He was treasured by his Cathedral family and many throughout the diocese. He leaves behind his wife, Elspeth.

David was born in 1955 in Colchester, Essex, UK and studied music at Bristol University. He earned a Certificate in Education at Cambridge University.

His obituary states the following: In 1979, he moved to Orkney in Scotland as an itinerant teacher of music, and was appointed as assistant organist at St. Magnus Cathedral, taking over as organist and choirmaster in 1983.

In 1988, shortly after his marriage to Elspeth, he was appointed as organist and master of the choristers at St. Anne’s Cathedral, Belfast, and in 2003 took up the post of organist and choir director at the Anglican Cathedral of St. John the Baptist in St. John’s, Newfoundland.

He was an accomplished recitalist, and gave recitals all over Ireland, the British mainland, and in Canada and Norway. His Friday noon recitals will be missed by many in the Fredericton area.

David is survived by his wife, Elspeth; his mother, Nora; sister and brother-in-law, Clare and Andrew Tate; as well as a niece and nephew-in-law Eleanor and Lewis Harratt.

His obituary may be viewed at this link: http://www.mcadamsfh.com/obituaries/141307

The Anglican Diocese of Fredericton sends its heartfelt condolences to David's family. Be assured of prayers for peace and strength throughout this difficult time.

To read what his former employer in Belfast, Ireland, reported about his death, click here:  https://www.belfastcathedral.org/news/former-cathedral-organist-dies?fbclid=IwAR2BYPA-YlnxEB1bGVgHLjPc5-Cw2xRZhpaMgJ2rB0IKKgmqL3q8-OZoY84

David directing the choir during an ordination in 2017.

What a shame. I just began to know him from participation in the Paper Bag Singers. It wasn't just his piano playing that we enjoyed, it was his understated direction, his story telling and droll sense of humour that we all enjoyed. He will be missed.

David was a wonderful musician and friend from his time at St Magnus Cathedral. So many memories of making music together with recitals, including organ duets, to choral duties in the Cathedral. He was a brilliant person to be with - now very much missed. Heartfelt condolences to dear Elspeth - RIP David.

Surely will miss David! I looked forward to his weekly Friday noon hour organ recitals at Christ Church Cathedral. I would make a point to arrive early to find David seated at the back of the cathedral. We would engage in a lively chat about everything organ related. David kept me "on my toes" as one might say to find interesting organ topics to discuss. I enjoyed sharing my many organ recordings with David which he enjoyed listening to and commenting about. David had a true interest in the organ as well as the great works written of the instrument. He enjoyed sharing his talents and knowledge of the organ with those who frequented his weekly recitals. He will be missed by many who frequented the cathedral to hear David doing what he liked best, performing on his favorite musical instrument and sharing his talent and knowledge of the organ with others.