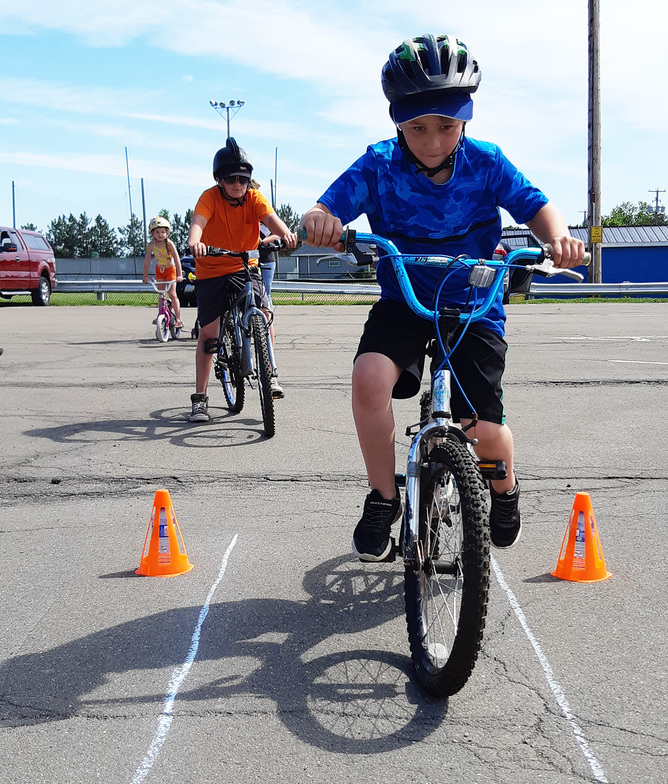 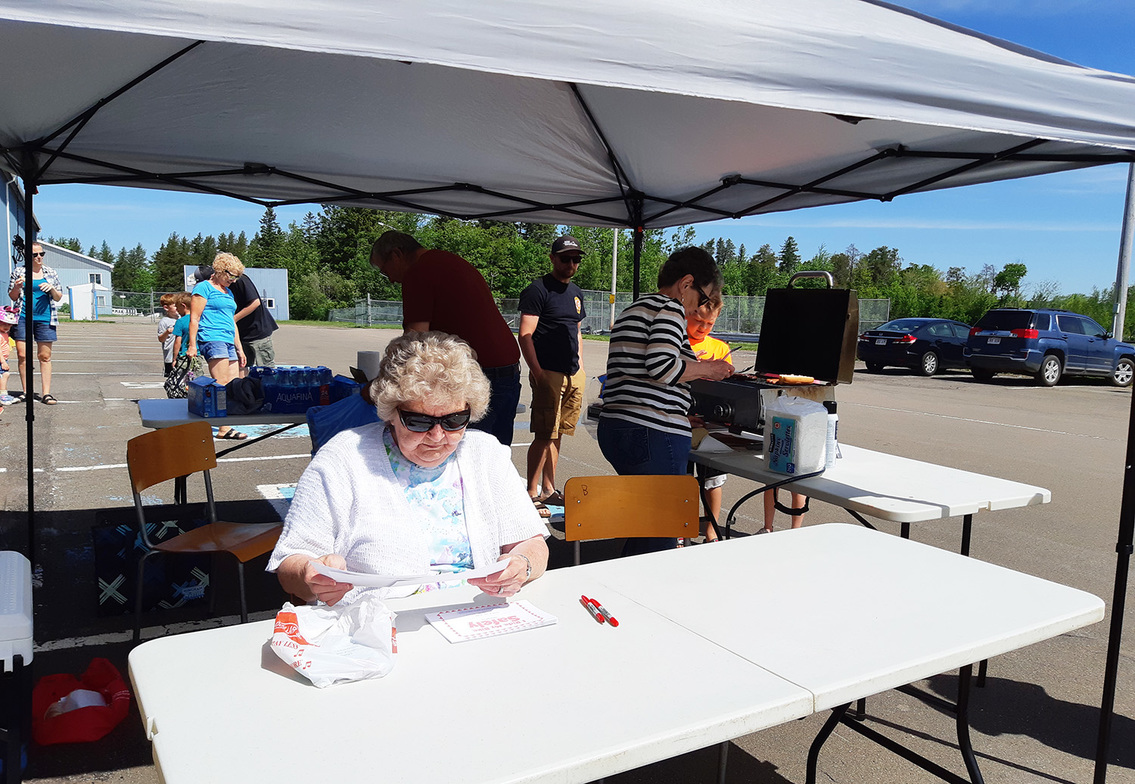 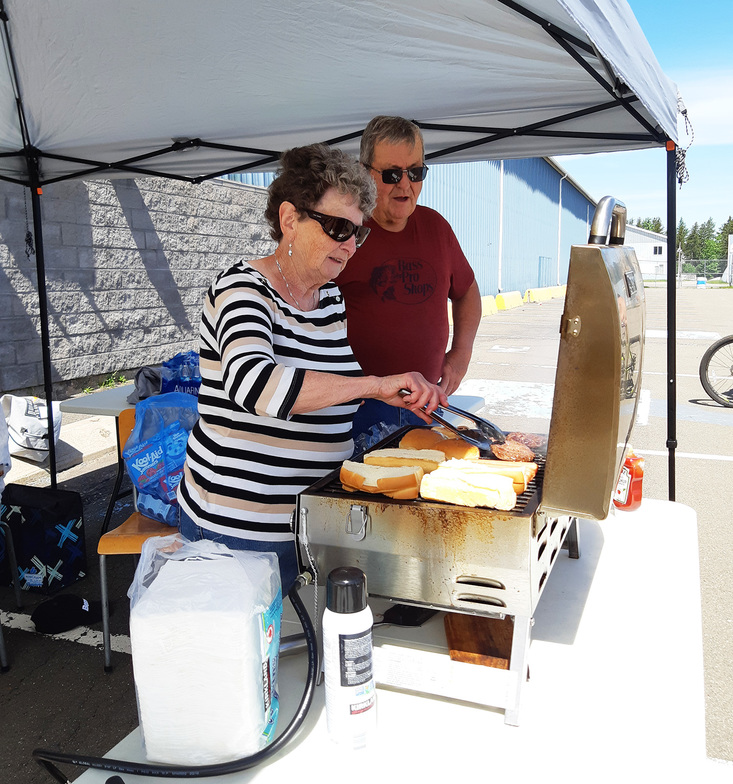 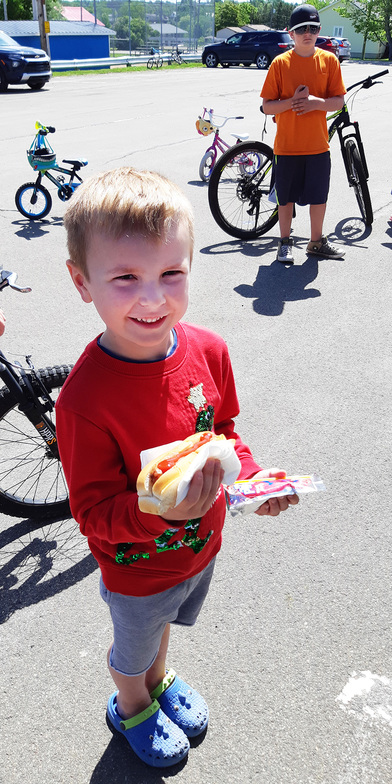 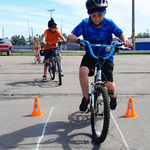 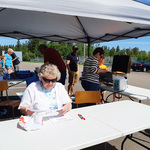 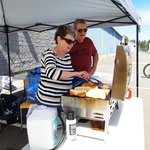 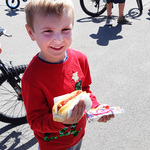 The Rev. Chris Hayes has long ago abandoned the notion that new people will simply show up at his church. He's learned waiting for that to happen is time wasted.

Instead, he believes that in order to increase the Kingdom of God, you have to start by building relationships.

He and his Parish of Salisbury & Havelock have done that with pop-up hot chocolate stands, a well-used children’s playground on the Petitcodiac church’s front lawn, and wildly popular kids’ dances.
This summer he’s using bike rodeos to forge relationships.

“We realize there is a disconnect in the community with our youth,” he said. “In some cases, neither their parents nor grandparents have gone to church. We understand we are building relationships from scratch.

“It’s not that people are non-religious, but in order to feel comfortable with the bigger things, the relationship has to be there first. It’s in keeping with the long game.”

The two rodeos, in Salisbury May 28 and in Petitcodiac June 11, allowed Chris and the 10 parishioners who joined him to meet their community, some of whom are new to the area.

“It was a chance to reconnect with people we knew and meet some new people. The service was kindly offered with no strings attached.”

Using sidewalk chalk, volunteers laid out five challenges on the parking lot of the Petitcodiac arena, checked helmets and guided kids through the course.

Rebecca Stewart brought her children because of her connection to the church, but also because bike rodeos are not as common as they were for her generation.

“They don’t have these events anymore for kids,” she said. “I brought them for the experience.”

Twenty-five kids and their parents came out to the rodeos, and each one was treated to a free barbecue and a rather impressive goodie bag:  a coupon for a free drink at Aaron’s Coffee Shop; a $5 gift certificate from the Great Canadian Dollar Store, and a $20 gift certificate from Velo Bike Shop in Moncton.

When Chris approached Steve, the owner of Velo Bike Shop, for a donation, the question on Steve’s mind was ‘why is a church getting involved with bike rodeos?’

“I told him that we saw a need for kids’ activities beyond organized sports and that our church was trying to build better relationships with youth in our parish. I added that we care about the kids around us, that God loves them too, and therefore, so should we.”

Steve’s response was to donate 50 $20 gift certificates and a promise next year to send a staff member to the bike rodeos to offer free tune-ups.

SAY YES! TO KIDS
The Parish of Salisbury & Havelock is the only parish in the diocese this year involved in the Anglican Foundation’s Say Yes! To Kids fundraising campaign.

About $1,000 has come from the parish, and another $2,000 came from the Parish of Wicklow, Wilmot, Peel and Aberdeen. The remainder has come from individuals in the diocese and the community, some not connected to the parish but acquainted with its efforts to invest in children.

“We’re still a little overwhelmed,” said Chris. “I believe the donors have seen what we’re trying to do in the past and see us as intentional in building relationships with kids. God has moved them to give, and we’ll ensure the work is carried out.”

With fundraising wrapping up, the parish will have a healthy balance of about $4,000 to run the dances, rodeos, games nights, outdoor fun nights and movie nights for the coming year, and perhaps beyond.

“Ultimately, we want to show Jesus bringing joy in our lives,” he said. “We want to convey that to everyone else. We’re grateful for God’s grace and the people who continue to support us.”

PHOTO CAPTIONS:
1.  Lincoln Stewart, 7, with his brother Jackson, 11, behind him, negotiates the bike rodeo course in Petitcodiac on June 11.

2.  Blanche Prince at the registration table, with other parish volunteers in the background.

3.  Glendine Lutes and Ron Whitehead on barbecue duties at the bike rodeo.

4.  Reid Rogers, 4, enjoying a hot dog at the Parish of Salisbury & Havelock bike rodeo June 11.  Jackson Stewart, 11, is seen in the background.