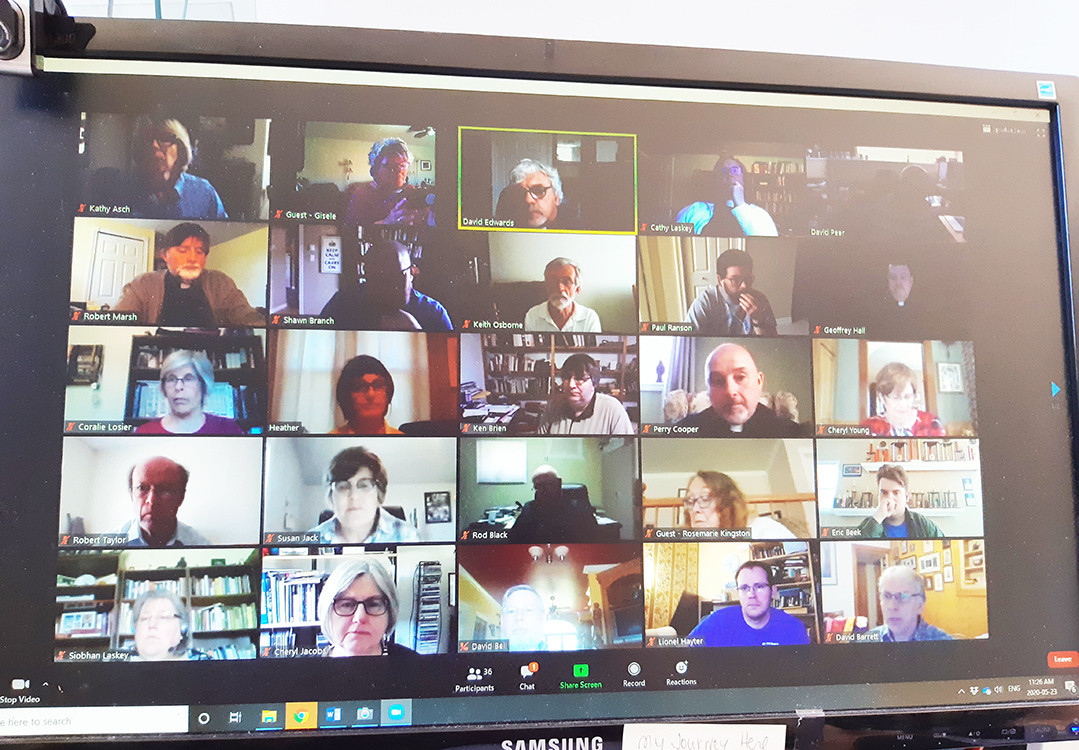 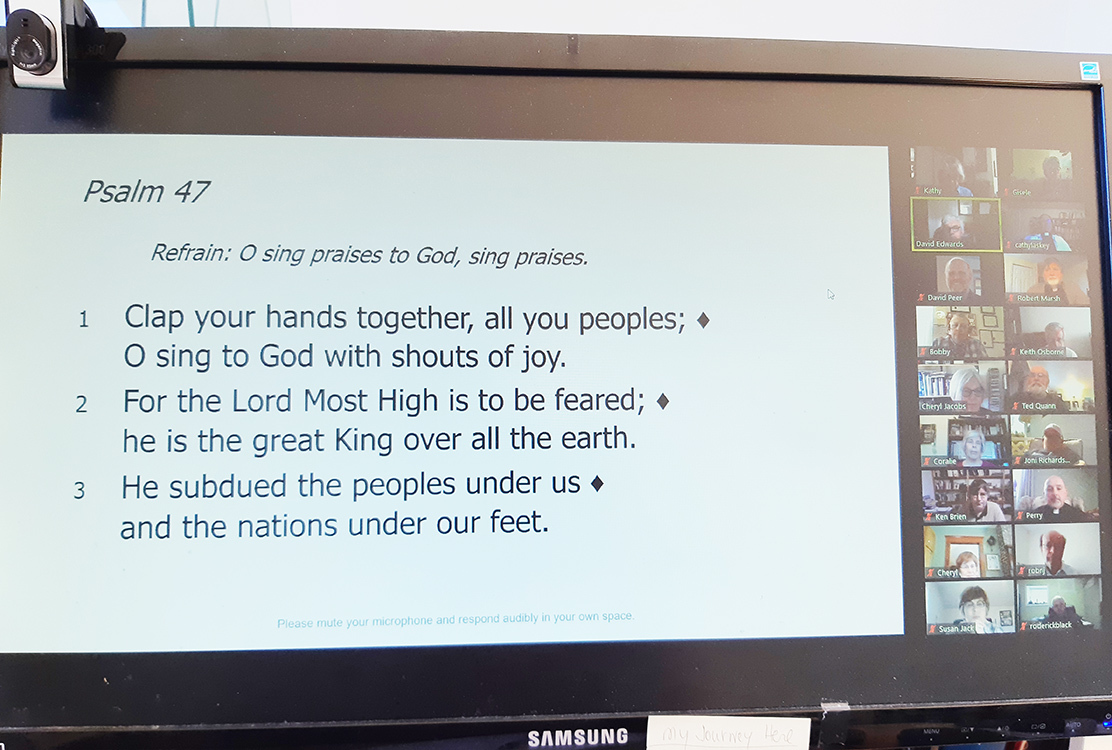 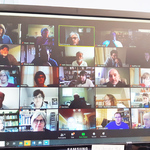 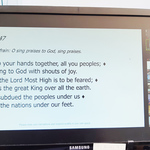 For the first time in history, Diocesan Council met on May 23 via a Zoom meeting.
The meeting began with Morning Prayer, led by Bishop David Edwards, using liturgy prepared for Thy Kingdom Come, the global wave of prayer initiative between Ascension and Pentecost.

The 36 people present sat through a short tutorial on Zoom features, particularly on how to vote on motions. Once that was taken care of, the business meeting began.

SYNOD OFFICE
The Rev. David Peer reported on the progress of finding a new location for the Synod Office.

“We are moving forward on a project between [Christ Church] Cathedral) and Synod Office, potentially building a building between Bishop’s Court and the Synod Office,” he said.

A draft rezoning plan has been sent to the City of Fredericton for approval. The lot between the two buildings would house both the Cathedral hall and the Synod Office.

“Once we get approval on the draft plan, we’ll proceed with the selling of the two buildings,” said David, adding they expect city approval before summer.

With Synod staff successfully working from home since March, it’s clear we can function as a diocese without a building, he said, noting that may be the scenario again, temporarily, as this process goes ahead.

“The parish is not functioning as a parish,” he said. “Most members have found new homes in parishes in the city.”

The parish is preparing the documents to transfer the physical assets, and the parish
treasurer is preparing to transfer parish funds to the diocese. Once this is complete, the
bishop will issue a Memorial of Dissolution, he said.

CONSTITUTION & CANONS COMMITTEE MOTIONS
Chancellor David Bell introduced two motions, one of which was timely in light of the COVID-19 crisis.

Canon 3, the election of bishops, has a very rigid timeline, stipulating that an electoral synod must be held within 90 days of a vacancy. There are two dioceses in Canada right now — British Columbia and Nova Scotia & Prince Edward Island — having to delay episcopal elections due to the pandemic.

The motion was designed to allow flexibility “in exceptional circumstances” should the office of bishop become unexpectedly vacant. Usually a co-adjutor is in place should a bishop resign or die. The circumstance is rare and has occurred once in our 175-year history.

David Bell’s second motion dealt with Canon 6: diocesan approval for parishes to purchase property, which is currently regulated only by policy, not legislation.

The motion was passed with four abstentions. Both David Bell motions will come before Diocesan Synod for approval when it next meets.

TREASURER’S REPORT
Heather Harris-Jones presented her treasurer’s report, noting the diocese has gone from a balanced budget to a one-million dollar shortfall, though that is a worst-case scenario. She will continue to develop forecasts through the upcoming months.

“In recent financial surveys, we see that parishes are doing better than we anticipated,” she said. “E-offering has helped parishes weather this situation. Still, a few are struggling.”

Finance personnel have been busy helping parishes apply for the federal wage subsidy. Fourteen parishes are not eligible for this program.

ANGLICAN FOUNDATION
Council approved a grant application to the Anglican Foundation from the Parish of Saint John for the Trinity Steeple Tower Restoration, Phase II. The parish is asking for $15,000 to help complete the $300,000 phase.

This approval is to allow the parish to submit its application to the foundation. This is the only application from the diocese during this grant period. Parishes must be members of the foundation in order to apply.

COMPANION DIOCESE PROJECT
The fundraising campaign for a mobile medical clinic in the Diocese of Ho, Ghana, has been delayed by the pandemic. The original goal was to complete the fundraising by the end of May. Cheryl Jacobs, a member of the Companion Diocese team, thanked all parishes that had already sent in donations and encouraged everyone to consider a donation.

The next meeting of Diocesan Council is scheduled for Saturday, Sept. 26.
With files from David Peer.

About Us
Synod
Comments for this post are now off.