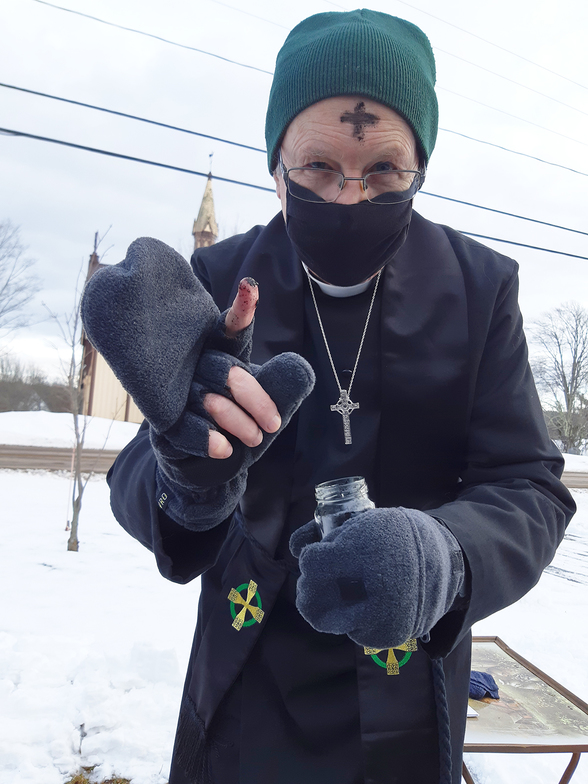 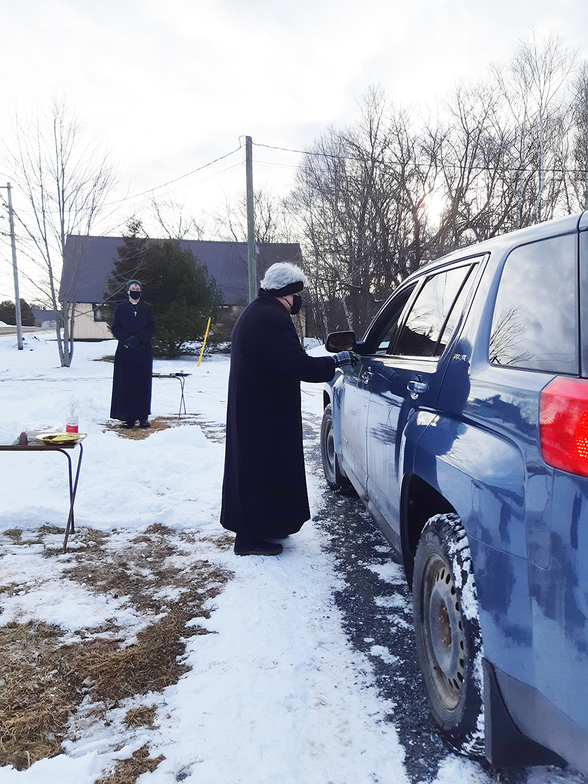 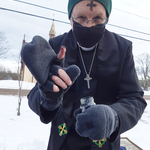 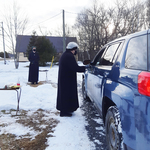 On March 2, Ash Wednesday, the Rev. Chris McMullen, the Rev. Dan McMullen and warden Bev Floyd bundled up in coats, hats, scarves and mittens to bring a drive-thru service to parishioners of Upper Kennebecasis.

This is the second year the unique service has been held, both times at the circular driveway of the Apohaqui rectory.

“It’s the natural spot,” said Chris. “It’s like the driveway was built for it.”

This year, cars arrived during the supper hour to stop at three stations: Dan guiding parishioners through the confession and absolution portion; Bev leading the prayers and offering; and Chris imposing the ashes and leading prayer.

“It’s popular,” said Chris. “We had 15, which is more than we usually have at church. We had about the same number as last year.”

In 2021, with churches closed for a couple of months due to the pandemic, Chris wanted to do something tangible to mark Ash Wednesday and came up with the concept.

“I made the suggestion and people really liked the idea,” he said. “We had a lot of comments. It’s a nice way to acknowledge the day.”

Assuming next year’s Ash Wednesday is restriction-free, will Chris continue with the drive-thru service?

“I’m inclined to say yes,” he said. “I can still see it happening. Daniel and Bev think it’s a good idea.”

Taking ashes directly to the people isn’t entirely new. Two years ago, the Rev. Canon Chris VanBuskirk was pictured in the New Brunswick Anglican imposing ashes on Main Street in Moncton. And Dan, who went to university in Toronto, is familiar with priests imposing ashes in the subways.

This year’s service included prayers for the people of Ukraine, something several people commented on.

“They really appreciated the prayers for Ukraine,” said Chris. “They weren’t expecting that.”

Photo captions:
1. The Rev. Chris McMullen ready to imposes ashes at the drive-thru service in Apohaqui.

2. Warden Bev Floyd says prayers with people in their vehicle during the Ash Wednesday drive-thru service at the Church of the Ascension March 2.

Kingston And The Kennebecasis
Church of the Ascension, Apohaqui
Comments for this post are now off.