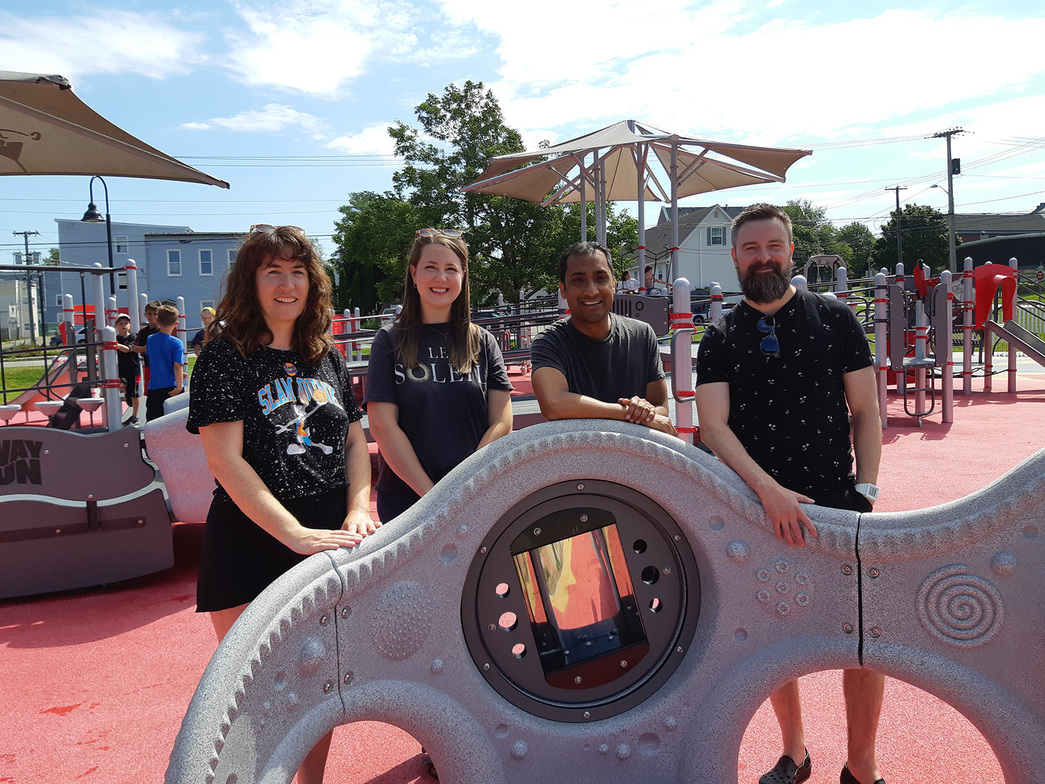 During a sunny week in late July, 20 children, 18 of them from Ukraine, gathered at Stone Church for English language camp.

“This came about as a result of the Ukrainian newcomers,” said organizer Terence Chandra. “We wanted to give the kids some exposure to English before school started.”

Terence and his wife, Jasmine, are priests-in-charge at Stone Church, and lead an uptown ministry called Pennies and Sparrows.

“We know their lives have been extremely difficult. They’ve left family behind. We hoped to provide space for them to just be kids,” said Terence. “We want them to speak English as much as possible, but even if they’re having fun, that’s a win for me.”

Terence used his contacts from the adult English classes he teaches to organize the five-day camp and recruit the children aged 8 to 13. It turned out there was a high demand and he had to cap enrollment at 20.

With the help of three volunteers, Terence organized games, crafts and activities that encouraged communication.

“Today’s theme is sports,” he said, adding a trip to Rainbow Park gave them a chance to run, play and climb.

One activity to reinforce colours meant visiting City Market and finding all the foods that matched the colours on their handout.

Their proficiency in English varies dramatically, with some surprisingly adept. Amelia, 11, arrived in Saint John with her family in late spring.

Coming to Canada was always “my dad’s dream,” she said. “When the war started, my parents more easily left. They were more fast about it.”

An IT professional, he has already found work. As for the camp, Amelia was enjoying the week.

“I like the crafts and the outdoors,” she said. “We learn new words and the people are friendly. They help.”

While she loves her new city, she cannot forget what she left behind.

“My grandparents and old friends cannot get out of Ukraine. I’m very scared.”

Corey Fairbrother is one of the volunteers who has worked with Terence in the past.

“These kids never knew each other [in Ukraine],” he said. “They were from all different towns, and now they’re forging their own community here.”

While he’s run VBS and youth groups with Terence in the past, “this time around it’s not so much religion-based. It’s more community-based. It’s building bonds.”

Anne Dykeman and Clare Andrews rounded out the volunteer list, and both were having a fun week with the kids. But it wasn’t just the kids who were benefitting.

“The parents come early to socialize with each other,” said Anne.

While he admitted to being exhausted when the camp ended each day, Terence plans on doing it again next year.

“It’s probably the most rewarding thing I’ve done this summer,” he said.

So how does an English language camp build the Kingdom of God?

“Jesus said ‘welcome the stranger.’ That’s what we’re doing with this camp.”

So touching! Thank you Terence and Jasmine. We reach out in Jesus's name in many ways as we let Him do the calling of the heart.