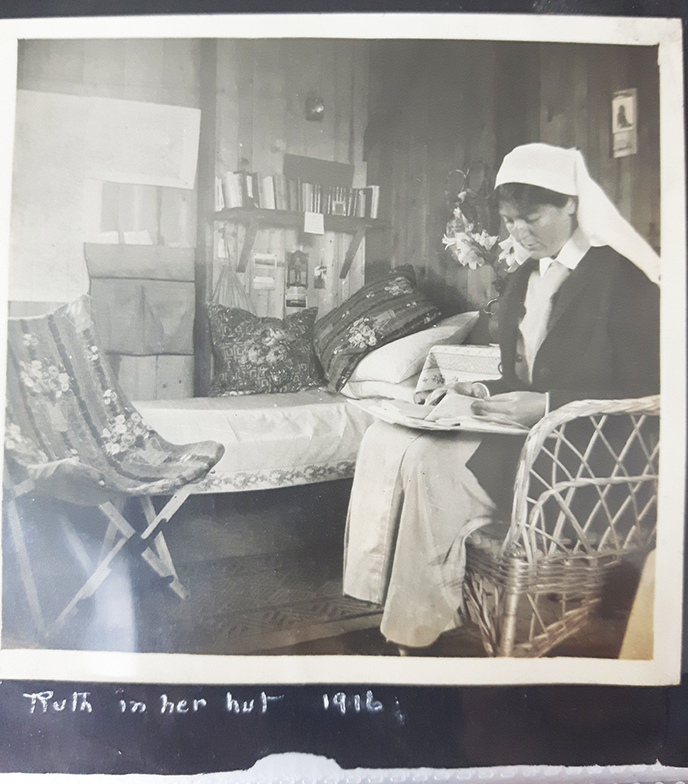 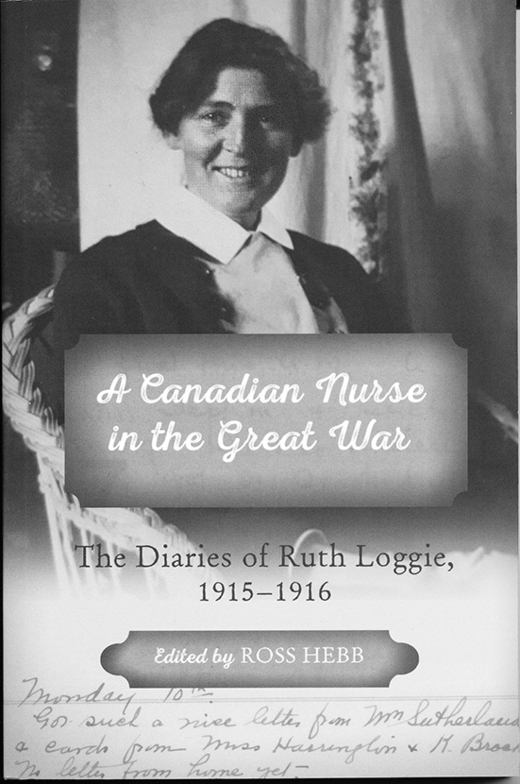 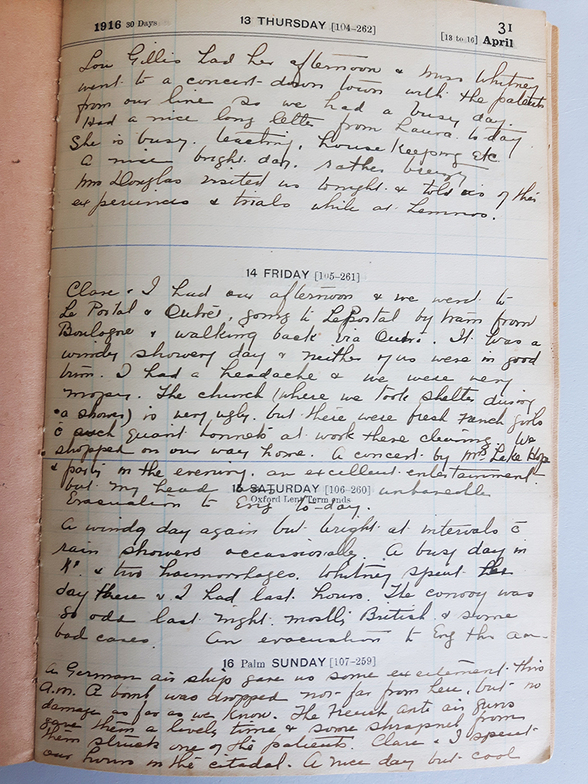 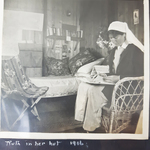 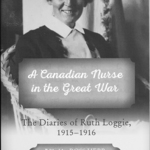 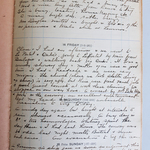 You might be correct in assuming Ross Hebb is a bit obsessed with the First World War — so much so that he’s authored three books about the experiences of Maritimers in the Great War.

His third book is out just in time for Christmas, called A Canadian Nurse in the Great War: The Diaries of Ruth Loggie, 1915-1916.

The Rev. Canon Dr. Hebb, rector in the Parish of St. Peter’s in Fredericton, is also an historian. Some of his writing has been church-related, like his doctoral thesis and his comparison of the first Anglican bishops of Canada and the U.S.

“The Great War, almost more than any other event, created the world we live in,” he said in explaining his interest in the time period. “World War I changed it all — a watershed for so many things.”

Great social and cultural upheaval came during and after the war — women’s rights, a declining deference to authority and government, a questioning of faith.

“It was the beginning of the cynicism we are fully immersed in now,” he said. “Western society was one way before the war and not the same afterwards.”

NURSE RUTH LOGGIE
The life of one New Brunswick nurse during that immensely important transitional period is the crux of Ross’s latest book.

“My interest in nurses has increased as the years have gone by,” said Ross. “Nurses tended to be older, better educated than the typical soldier. They had more life experience, they were more articulate and had a much higher quality of writing.”

But with only 2,000 Canadian nurses overseas during the Great War, the resources for research are few.

“I’m very fortunate to have these letters,” he said.

The letters came indirectly from public appeals and people pointing him to others who might have what he sought, which is how he got much of his material for his first two books.

A Newcastle woman, Barbara MacIntosh, had a complete, typed transcript of Ruth Loggie’s two diaries, one through 1915 to the end of January 1916, and the second from February 1916 to the end of the year.

It’s those diaries that reveal the life of a Canadian war nurse. Ruth, from Burnt Church, N.B., was 31 when she joined the war effort, spending much of her time in northern France.

LIFE IN FRANCE
Ruth and fellow nurse Clare Gass, from Shubenacadie, N.S., served together and became lifelong friends. Both were graduates of the McGill General Hospital in Montreal.

Clare also kept a diary, which Ross often consulted as part of his research.

“The beauty of it is Clare’s diary covers the same time. Each mentioned the other 150 times. I learned things about Ruth I otherwise wouldn’t have known,” he said.

The two nurses used much of their off time to explore the countryside on bicycles, as much for pleasure as a respite from their demanding work.

Besides Clare’s diary, Ross used Google maps and a touring guide Ruth mentioned called Peeps in Picardy, which she used to find her way around.

“I bought a copy and read it,” he said, adding the two diaries, the book and the online maps helped him form a solid picture of the bicycle journeys.

THE ARMY NURSE
While most of the book is formed by Ruth’s diary, Ross wrote an extensive introduction for readers, and each chapter has a shorter introduction to set the time, place and war context for maximum understanding and appreciation of the subject.

Ross better understands the life of an army nurse after such exhaustive research. They had to be resilient and tough, both physically and emotionally, to be effective.

“Nurses saw more of the wounded and suffering of the Great War than probably anyone else,” he said.
“Nurses saw them every day, week after week, month after month, year after year.

“So what they wrote about the war, and how they coped, make them a very special subset. Those are two things I find particularly engrossing.”

WHAT HAPPENED TO RUTH?
Ruth returned to Canada in 1919 and spent the next 19 years working in Montreal, as did Clare. She was called home in 1938 to care for her aging parents, though Clare and her brother often visited. Ruth died in 1968.

Ruth and her six siblings never married, thus no children, nieces or nephews to care for and hand down her diaries. Cousins on her mother’s Anderson side are responsible for keeping her diaries.

Ross is delighted with his latest book, particularly since finding much of anything on Great War nursing is difficult. Nurses were trained to keep patient confidentiality, and did so with great discretion.

“It’s the thrill of the history and of finding original documents. It was very enjoyable,” he said. “I realized I had my hands on something that was not just a New Brunswick treasure, but a Canadian treasure.”

A Canadian Nurse in the Great War: The Diaries of Ruth Loggie, 1915-1916 is published by Nimbus and available in virtually every bookstore in Canada. It’s also available online through Chapters/Indigo and Amazon, and Ross has a few copies for sale as well. The price is $19.95.

While the pandemic has put a stop to much of his marketing plans, he does have a few book signings scheduled this fall.

Ross isn’t at all ready to move on to a different topic of research. He has another project in the works, which will probably become his fourth book on the Great War.

1.  Ruth Loggie in her hut in France during the First World War.
2. The cover of Ross Hebb's latest book, A Canadian Nurse in the Great War: The Diaries of Ruth Loggie, 1915-1916.
3. An excerpt from Ruth Loggie's wartime diary as a Canadian nurse.

All photos courtesy of Ross Hebb.