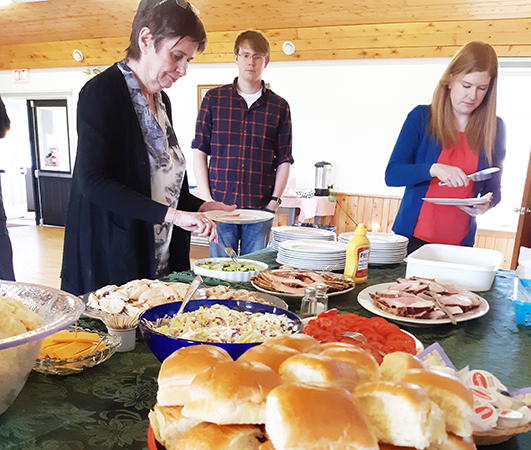 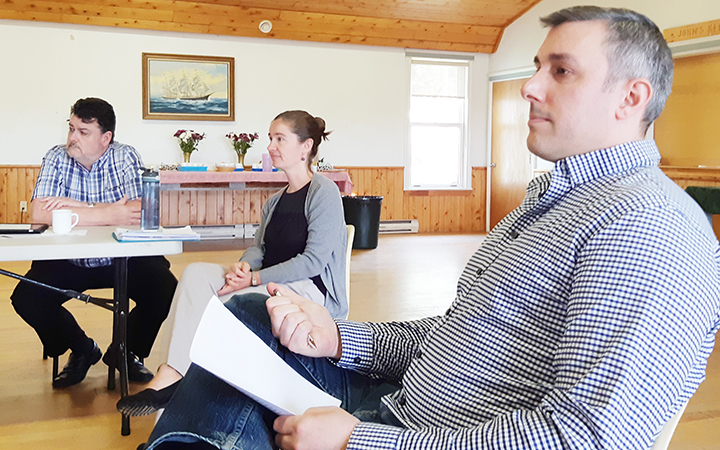 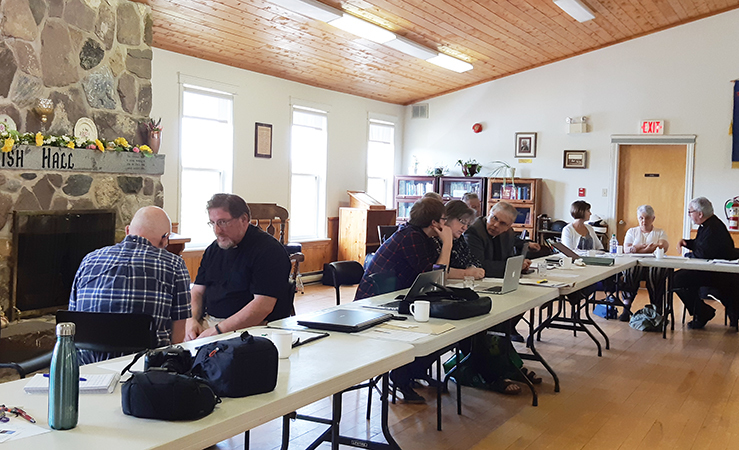 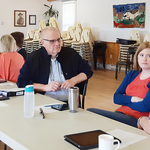 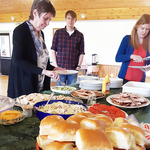 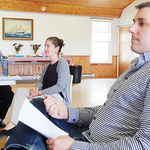 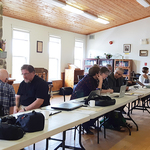 Bishop David Edwards opened the June 1 meeting of Diocesan Council, held in the Parish of Kingston, with a homily. He noted the annual initiative of Archbishop Justin Welby called Thy Kingdom Come, a program of prayer from Ascension to Pentecost.

“We tend to lose track of Ascension Day, maybe because it’s on a Thursday,” he said, adding that when his late wife, Janet, was in school in the UK, Ascension Day was a school holiday.

It is customary for a bishop to be in his cathedral these three days of the year — Christmas, Easter and Ascension Day, though he admitted to failing in that custom.

“But Ascension Day is important in the church,” he said. “It is when Christ returns to sit at the right hand of the Father.”

Then the Spirit comes to empower the church on earth, and without that power, we’re lost, he said.

“Some think that we’re to empower our own mission, but it’s the Spirit that empowers the mission of the church,” he said.

There is an important distinction some miss: “We’re not to wait for the Spirit. The Spirit was already given on the Day of Pentecost, but we’re to wait on the Spirit.”

This year during his fifth pilgrimage, the bishop said he has been “struck by the truth that we, the church, are to be the image bearers of God.”

“People who don’t know God see us, and we have to be careful how we bear the image of God,” he said, lest we be seen as hypocrites.

What does bearing the image of God look like? The bishop gave several examples.

Christ Church Cathedral plans to enter into a housing partnership in Fredericton that would result in housing for the homeless. Christ Church (Parish) Church is doing something similar.

On Thursday, the first day of his pilgrimage, the bishop was walking through the Loyalist Burial Grounds in Saint John with Archdeacon Keith Osborne and the Rev. Julian Pillay. They stopped to talk to some men who were getting drunk, but they brought Jesus into the conversation.

And when 14 pilgrims stopped at Tim Horton’s, David was able to speak about the pilgrimage to a woman who found herself in the line-up with them. And on Friday, a man very deep in mourning joined him on the pilgrimage.

“Image bearing is a mission of God, empowered by the Spirit,” he said in conclusion.

After Holy Eucharist, members got down to the business of the day, which was first appointing member William Ross to be the recording secretary, as David Peer was absent.

MOTIONS
Council appointed Eric Beek as a youth delegate to General Synod. Youth delegate Nat Fetter cannot attend, making the appointment necessary. Eric is a member of the Parish of Ludlow & Blissfield and has just finished his first year of study at St. Thomas University.

Council appointed Robert Taylor as chair of the Nominations Committee. He replaces the Rev. Ann Fairweather.

Council appointed the Rev. John Galbraith, Camp Medley director, as a member of the Youth and Intergenerational Ministries Team.

Council approved the appointment of the Rev. David Peer to the office of the Secretary of the Synod. He replaces the Ven. Cathy Laskey effective July 1.

Council approved a motion from chancellor David Bell that dealt with wording in subsection 1(1) of Part 5 of Regulation 4-1 (Regional Governance). The word “priest” is replaced with the word “cleric,” to bring documentation up to date with present day. The regulation allowed only a priest to be elected as a regional dean. In one archdeaconry, a deacon was elected to the post, so the regulation needed updating to be more inclusive.

Anna Caines, accompanied by Jamie Morrell, gave a report to council on the history, status and challenges of the play park planned for the under-used back area in the Church of the Resurrection in Grand Bay-Westfield.

After a lengthy in-camera discussion, council approved a loan application from the Anglican Parish of the Nerepis and St. John to the Anglican Foundation in the amount of $100,000, in order to help complete fundraising for the proposed play park in their building.

FAITH FORMATION
Parish development officer Shawn Branch gave a lesson on equipping new leaders in the church. His question for discussion was, what would it look like if everybody used their God-given gifts and talents to equip the rest of the church in such a way that the entire church became more like Jesus?

Council members broke into groups for discussion and came back with the following answers: some must let go of ownership and let others do things differently; stop asking and start inviting people to lead; use scripture to motivate and instill confidence; directly encourage people to get involved; build relationships so that the gifts in others are more easily recognized; when meeting resistance, stick with it; mentor by offering to work alongside volunteers; use the apprenticeship model for passing gifts onto others.

Bishop David noted that in looking for those new leaders, it is wise not to discount the talents and experience of the 70-year-olds in the congregations.

Shawn’s own focus for this question included enhancing discipleship; having the ability to notice the gifted; developing those gifts in others; giving people the foundation of any basic skills needed; mentoring by walking beside; building up people’s experiences; and being on the lookout for those with specializations and special gifts you might not have thought of.

“This is not just about young people,” he said. “It’s everyone who is not as active as they might be.”

OTHER
Shawn Branch reported to council that the Anglican Foundation has approved a grant of $10,000 to help fund the Deep Roots diocesan-wide gathering planned for June 14-15.

Marsh Insurance has become a sponsor and has agreed to pay for Michael Frost’s second book, meaning every delegate will get a free copy. Frost is the keynote speaker, and author of the book “Surprise the World.”

Diocesan treasurer Heather Harris-Jones reported that while she remains cautious and vigilant, spending is down and investments are up, at least for now. The markets continue to be volatile, affected by world trade insecurity.

“We’re doing well but I’m not going to ease up on emphasizing we need to keep finding ways to save,” she said.

Walter Williams gave an informational report on the Human Resources Committee, which he chairs. He outlined the mandate of the committee and its current business.

Bishop David gave a report on Bishop’s Court’s time as an emergency Out of the Cold Shelter in Fredericton. Two groups of volunteers recently cleaned the building and it has no issues that weren’t already apparent before the shelter opened in December. The 20-bed facility closed the end of April.

“I think it’s worked out well, but the city is very definite that there will be no Out of the Cold shelter at Bishop’s Court next year,” he said, adding that St. Paul’s United Church would provide space next winter if necessary.

The bishop also noted that the Parish of Hampton turned sod on a building project recently. They will build seniors and low income housing on property they own near their church.

As well, Stone Church in Saint John has been awarded a $19,000 grant to fund a feasibility study to see if low income housing for singles and families would work on property now vacant after the demolition of their hall.

The next meetings of Diocesan Council are scheduled for Sept. 21 and Nov. 30.