HISTORY: Assassination of an Archbishop 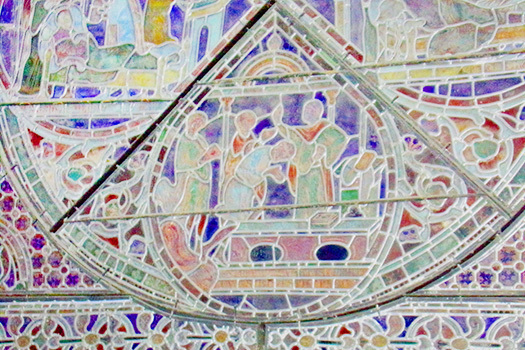 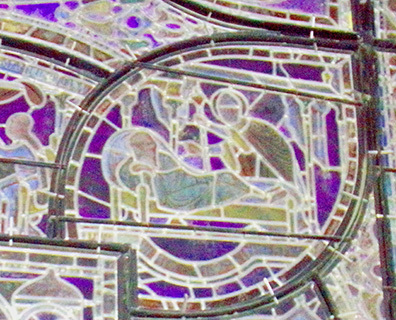 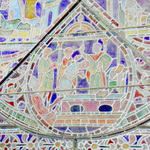 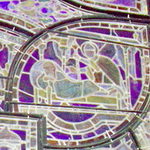 By Bobbie Ann Cole
Editor's note:  Bobbie Ann Cole has lately been telling us stories of the early church in England, where she now lives. This is the latest of her articles.

Late on a winter’s afternoon just after Christmas in 1170, the Archbishop of Canterbury, Thomas Becket, was murdered in his own cathedral. It would turn out to be the making of the cathedral and of the city.

Following an argument outside, four knights of King Henry the Second burst into the cathedral, brandishing swords and demanding, “Where is Thomas Becket, traitor to the king and to the realm?”

It was Dec. 29th at about five p.m. and the monks’ evensong was just ending; evensong for the public was about to begin.

Thomas, at prayer, got to his feet, shouting insults. There was a scuffle in full view of everyone. Though Thomas then adopted a submissive posture, the knights’ blows were already raining down.

As he crumpled, a knight’s sword broke in two, slicing off the top of his head. Brains spilled from the wound, across the floor. With a snarled, “This one won’t get up again,” the knights made their getaway.

Was this an attempted arrest that went horribly wrong or premeditated murder? A few days before, the king had burst out: “What miserable drones and traitors have I nourished and promoted to my realm, who fail to serve their lord, treated with such shameful contempt by a low-born clerk?”

Eager to impress their sovereign and knowing he meant the Archbishop of Canterbury, the knights scrambled immediately.

Thomas was once the king’s Chancellor. The two had been great friends, hunting and feasting together. He had seemed the perfect choice for Archbishop of Canterbury in 1161, when the previous incumbent died.

But he would not be the tame puppet Henry thought. Thomas turned to the Pope, to God and to penitence. A hair shirt, riddled with lice, was found beneath the layers of his clothing.

Almost immediately after his death, rumours of miracles flew. They became so widespread that, within three short years, the Pope canonised him. Pilgrims flooded to Thomas’ simple coffin in the crypt. It had portholes each side so that they could reach in and touch — or even kiss — his remains, under the watchful eyes of the monks, who ensured donations were left in the green box that sat on top. Relics of his bones and drops of his blood fetched high prices across Europe. Churches of St. Thomas sprang up everywhere.

So appalled were the people by the wanton murder of Thomas that King Henry was forced to punish the perpetrators. He sent them as penitents to the Holy Land, where it seems none survived beyond a few years.

He was also obliged to make a public display of grief himself: fasting and barefoot, he walked through Canterbury to Thomas’s tomb, with monks whipping him, there to kneel in reverential prayer.

A magnificent new chapel at the eastern end of the cathedral was built to receive Thomas’s permanent tomb. Work was begun in 1174 and his remains were finally translated up to his tomb bejewelled with gemstones in 1220.

Flanked by steep stairs, Trinity Chapel is visible on high, upon entering the nave. The altar beneath its Redemption Window, that depicts the events of Easter through to Pentecost, once housed the sliced-off crown of Thomas’s head. The Miracle Windows on either side tell the stories of miraculous healings that took place during his 50 years in the crypt.

Even more pilgrims thronged. Over centuries. Geoffrey Chaucer wrote about some of the bawdier ones in his Canterbury Tales of 1392. But it all came to an abrupt end in 1538, when another King Henry, this one the eighth — he of the six wives — made Protestantism the official faith of England and did away with idols like saints’ tombs, particularly the kind of saints who bucked their monarchs as Thomas had.

The king’s men ransacked the tomb and carried away some twenty-four wagon-loads of gold, riches accumulated from the pilgrims, although some of their donations helped finance the beautiful gothic cathedral we see today.

Thomas was gone. And there the story should end. His bones were destroyed by the king’s men, or so they claimed. Except that, in the 1950s, a member of the cathedral clergy had a vision that Thomas’s remains were in the crypt. He searched and indeed found bones, but there was no way of establishing they were Thomas’s; not even today, since the Archbishop had no descendants.

Aware of King Henry’s plans, the monks of 1538 could well have decided to move him, ahead of the raid. And where else to but inside his own cathedral? We shall never know for sure.

However, a red light burns there. Just in case.

Bobbie Ann Cole is a Christian book coach and author of two Amazon #1 bestselling memoirs available through Amazon and Lighthouse Bible Bookstore in Fredericton. She is a former resident of the Parish of Pennfield. She and her husband, Butch, now live in Canterbury, UK, where she is an assistant guide at the Cathedral. Contact her by email bobbie.ann.cole@gmail.com.

Lois Muller over 2 years ago

Thanks for sharing this interesting history lesson. Would like to see more like this. Often too busy for a deep book, these little snippets leave a window open to read more.