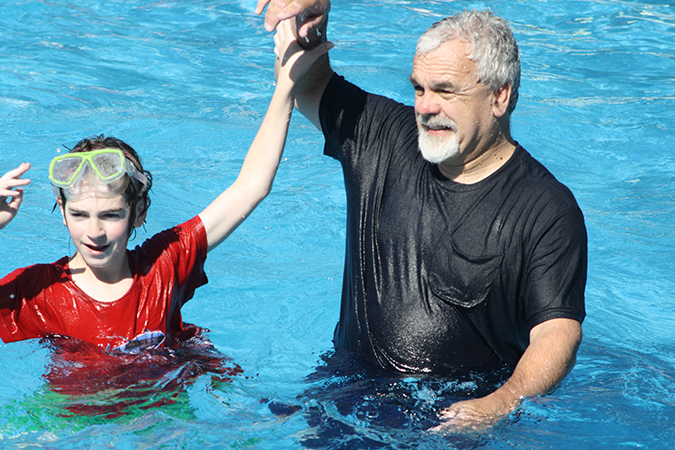 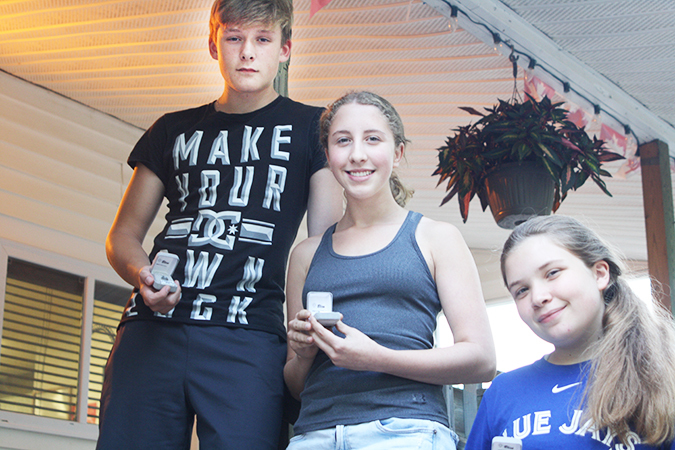 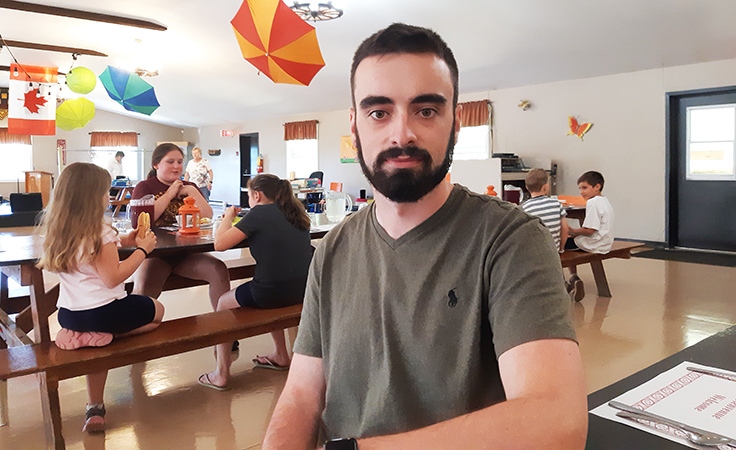 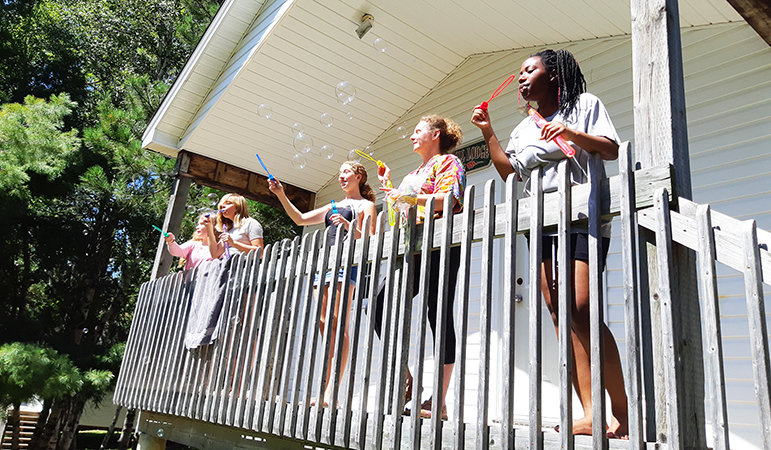 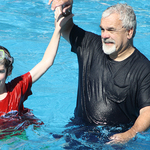 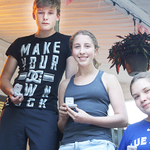 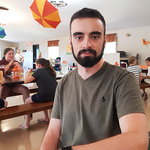 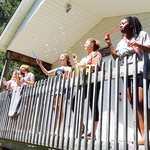 St. Michael’s Youth Conference is a success because everyone involved cares so much about it. That’s the conclusion one can easily draw from those who experience it — the instructors, the camp counsellors and the organizers. The NB Anglican made its annual visit to SMYC in late August.

SMYC, a week-long summer camp held at Camp Wildwood near Buctouche, has fewer conferees this year, but no less enthusiasm among them and the staff. This annual diocesan camp advertises a good balance of theology, church doctrine and fun. There are plenty of returning conferees and staff — an indication of the love and support it enjoys.

Olivia Lipton is an example of that support. This was her fifth year at SMYC and her first on staff as a counsellor.

“There’s a tight bond here,” she said. “Counsellors and staff are so influential. Everyone’s focus is to make the week awesome for conferees and house kids. It’s very special.”

House kids are the children of staff who enjoy the important role of cabin inspection, and at lunch each day, a report on exactly who is pulling their weight with regard to neatness. It’s a big deal at SMYC!

Organizer the Rev. Canon Kevin Stockall illustrated the strong bonds and loyalty with this story. Clara Westhaver was a house kid, then a conferee, and this year, a counsellor. She’s moved back to the UK during those years, but has returned, this year with her younger sister as a conferee, and with her boyfriend, who is also a counsellor.

“Memories of her SMYC experience, and what it meant to her, were sufficient for her to travel from the UK,” said Kevin.

The staff are varied, from priests in the diocese, to professors and authors, who all, “see this as important enough to book a week off,” said Kevin.

This is the second year on staff for the Rev. Terence Chandra, who brought his son, Sam, and nephew, Griffen, with him as house kids. He describes himself as a big fan of diocesan camps, and he especially likes the traditions that SMYC is built upon.

“I like the day starting with Morning Prayer and then there’s Evening Prayer — the bookends of the day.

At chapel, he noticed the boys struggling with the Prayer Book.

“I told them about my mother going to school in British Guyana. She did Morning Prayer and Evening Prayer every day at school. Their eyes went wide!”

Terence taught a course on the divinity of Jesus, which he was enjoying.

“I get the same this out of this as I do [being] at Camp Medley or Camp Brookwood. I feel I’m helping lay the foundation for a lifelong faith in Christ.”

The Rev. Chris Ketch, in whose parish the conference takes place, is in his second year on staff teaching a course called Diving into Baptism.

“I started out in youth ministry and this is an extension of that,” said Chris. “I have a love for teaching the faith and being involved in the spiritual formation of young people.”

After only one conference, Chris was hooked on SMYC.

“In terms of Christian formation, SMYC is top notch,” he said. “The study is rigorous. It’s not dumbed down. The expectations are high, but in a good way.

“Young people really love it here. It seems there’s a hesitancy — that maybe it’s boring because we have all these courses, but kids have a lot of fun.

“We need to acknowledge God is already at work in their lives. The teaching reflects that here.”
For Kevin, the pay-off is in what he sees happening all around him.

• • •
Who is Nicholas Saulnier?
Nicholas Saulnier has been a long-time conferee and now counsellor at St. Michael’s Youth Conference — so long, in fact, that he’s lost count.

“I consider it almost a home to my upbringing in faith,” he said. “I’ve learned a lot here.”

This past summer was a season of great change in his life. A captain in the Royal Canadian Air Force, Nicholas was an air battle manager stationed in Rome, New York as part of the North American Aerospace Defense Command (NORAD). God, though, had other plans.

This fall, Nicholas is a student at Wycliffe College in Toronto, where he is pursuing a masters degree in Divinity. The path before him is to spend three years in college and two years at Bishop David Edwards’ discretion. Then the plan is to serve as a military chaplain with the Canadian Armed Forces.

“It will be very different going from defence to pastoral care,” he said of the plans before him. “It’s been in the back of my head for a long time. Now it’s slowly come to fruition — after a long period of discernment. I’m trusting in God to lead me.”

Nicholas’s tie to St. Michael’s is so strong that he’s repeatedly made the trip from New York just to be there. But did SMYC have any bearing on his new path?

“I definitely think so,” he said. “It exposed me to different aspects of faith that I wouldn’t otherwise have seen.”

Nicholas Saulnier is a long-time conferee and now counsellor at St. Michael’s Youth Conference. He believes his time at SMYC has been a factor in his call to ordained ministry.

Blowing bubbles from the balcony of the girls’ cabin during some downtime.

Ministries
Youth & Intergenerational
Comments for this post are now off.