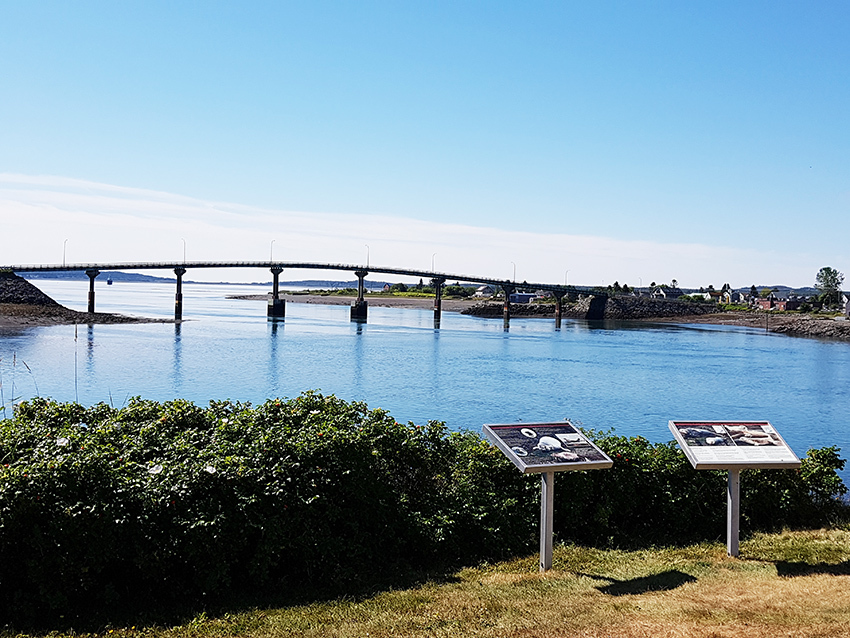 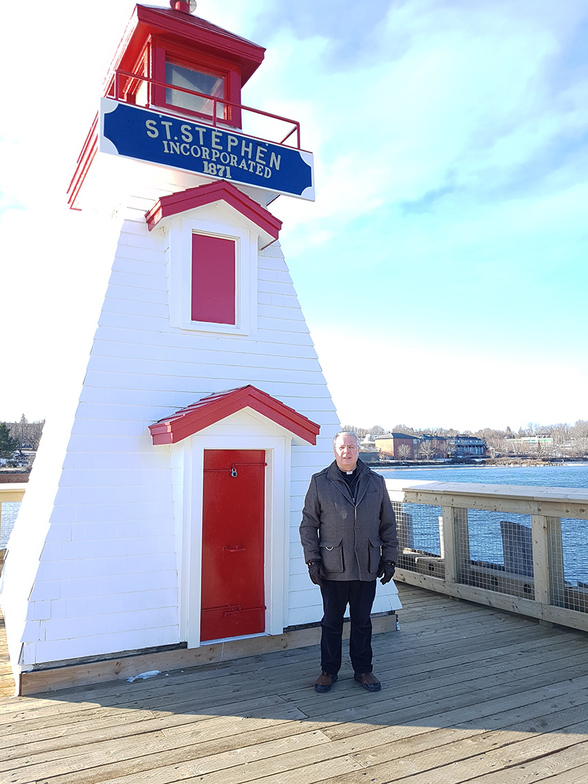 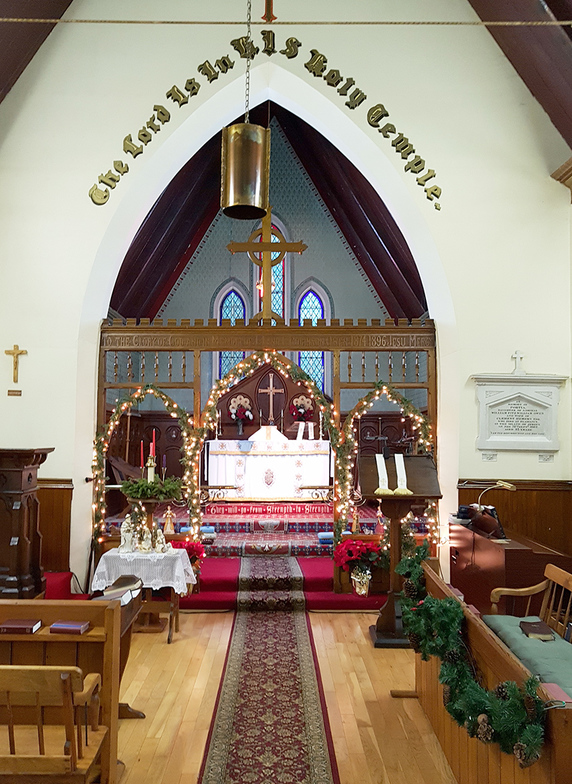 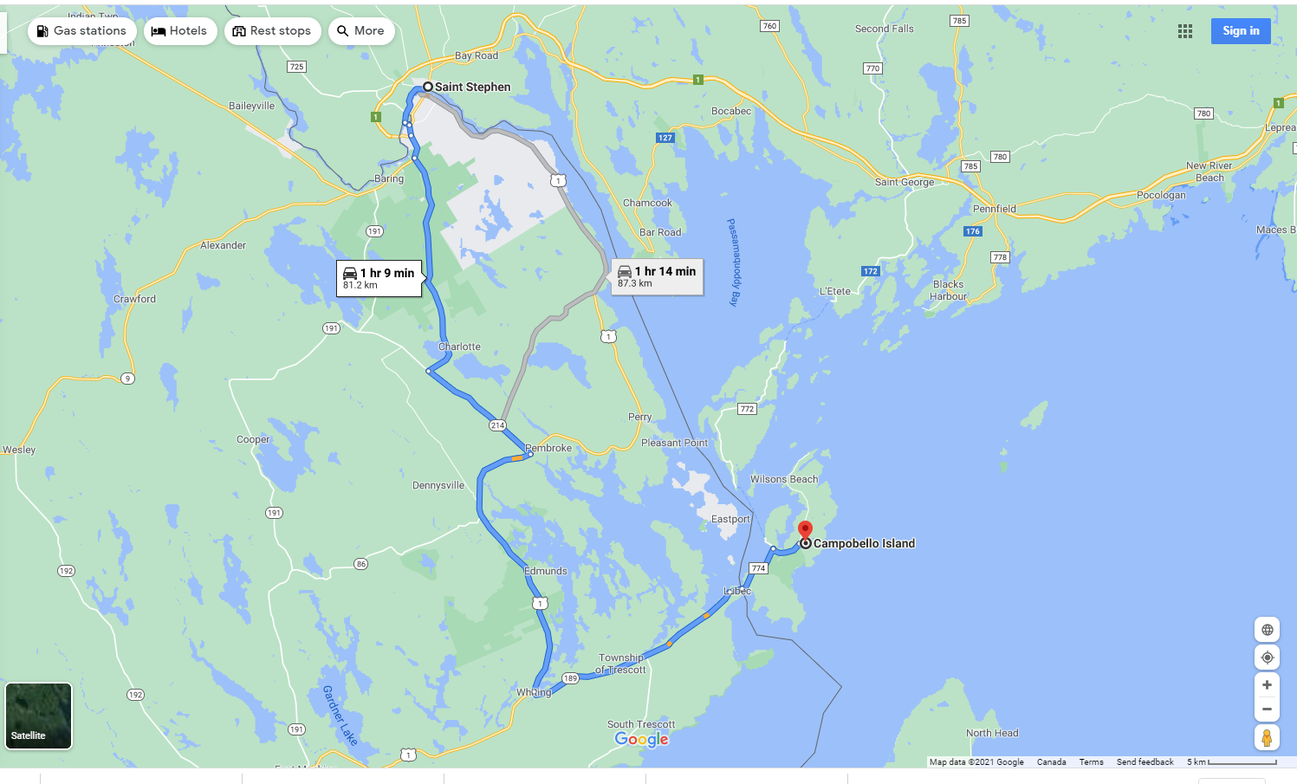 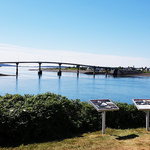 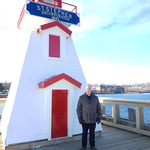 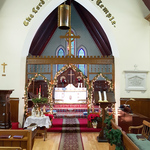 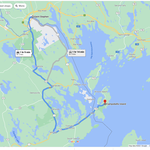 Ministering in a multi-point parish, where one of those points requires two ferries or an international drive to reach, is one thing.

Doing it during a world-wide pandemic, in the winter, is quite another.

That is the life and work of the Rev. Kevin Borthwick these days. Kevin is the priest-in-charge in the Parish of Saint Stephen, which has two congregations, and St. Anne's in the Parish of Campobello, on the island in the Passamaquoddy Bay.

Campobello Island is tucked between Grand Manan and Deer Island. Getting there requires a drive to L’Etete, a ferry to Deer Island, a drive across that island, and a second ferry to Campobello.

Either way, the island is isolated. Both journeys take at least an hour, and the Campobello ferry is not a permanent fixture. It’s lovely in the summer, but this time of year, Kevin has opted to take the land route across the closed international border.

To prepare for that, several months ago, Archdeacon John Matheson contacted two MPs and an MLA, with no success on getting an answer, a pass or permission to drive through Maine to get to the island.

“Then I called a retired customs officer and got a phone number,” said John.

That phone number led to contacts on both sides of the border, who agreed that clergy are essential workers. Even the NAFTA trade agreement confirms it.

It’s ultimately up to the border guard whether to let anyone across, but neither priest has had a problem since the crossings began. Their licence plates are registered with both sides, making their trips easier.

“The border services people on both sides have been very co-operative,” said Kevin. “But it’s not without its challenges.”

He must make sure his tank is full, because he is absolutely forbidden from stopping during the one-hour trip. There’s no quick dash into Marden’s for bargains. And when John visits Campobello, he is not permitted to stop and visit his elderly American aunt along the route.

“But the driving is easier and faster,” said Kevin. “There’s no traffic in the winter and no line-ups at the border. Campobello is lovely any time of the year.”

The guards are becoming more familiar as well. And the ferry route often takes more time, because the two schedules aren’t co-ordinated. As well, provincial government funding for the Campobello ferry could end at any time.

When Zone 2 and the province were at the Red level, no one could hold a church service, but while we’re in Orange and Yellow levels, Kevin makes the Campobello journey twice a month, three times if the month has five Sundays. The Ven. John Matheson takes one Sunday a month, and a layreader leads on the fourth Sunday.

Kevin stays at the rectory while on the island, but visits to parishioners are not permitted at the moment. He had an outdoor visit to a nursing home last summer — a memory of fellowship, sunshine and passing boats he cherishes.

The congregation at St. Anne's is geographically divided these days. The faithful organist and several other parishioners are American. Attendance, thus resources, have shrunk during the pandemic.

Despite the time commitment and pandemic circumstances, holding services in Campobello is appreciated.

“The people of Campobello are happy to have us,” said John.

2. The Rev. Kevin Borthwick in St. Stephen, where he lives.  (submitted photo)

Phyllis Cathcart about 1 month ago

Keep up the good work Kevin. I hope Cathy and you are well.

Lynda Duplissea about 1 month ago

Thank you for this feature story on the complexity of life and religion on the international border.