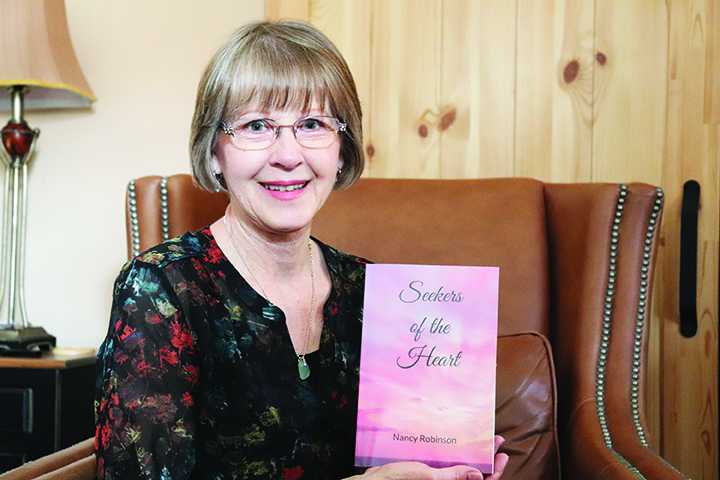 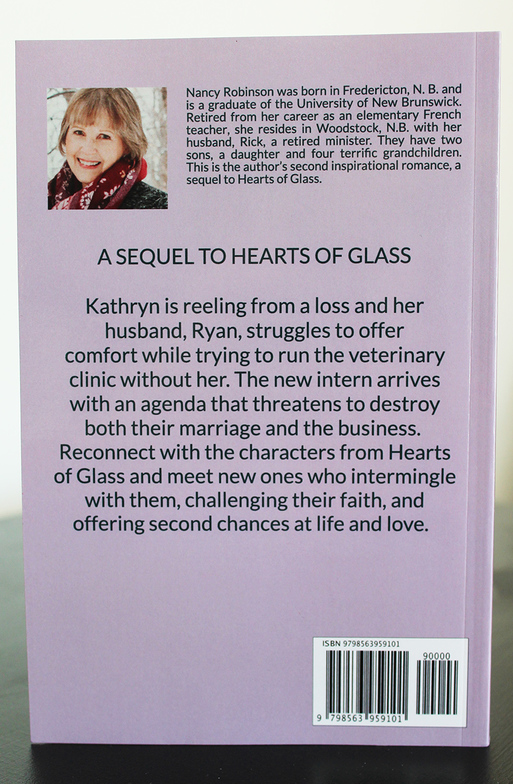 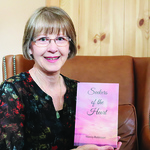 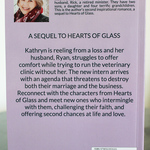 Nancy Robinson of Woodstock has recently published her second contemporary romantic Christian novel, Seekers of the Heart, a sequel to her first book, Hearts of Glass which was published in 2015.

Shortly after releasing Hearts of Glass, readers, family, and friends encouraged her with positive feedback, expressing they could hardly wait for her next book. She knew she had to write it. Sometime.

Nancy does not have a consistent writing schedule as some authors might, but when the inspiration hits, she may write for several days in a row, then let the story ruminate for a week or more.

Five years may seem like a long time between books, but the characters Robinson had initially created, lived within her and she realized they had more of their lives to share.

While she had started Hearts of Glass with a list of characters and their traits, and just let the book unfold as she wrote, Seekers of the Heart began with a well-planned main plot and three to four subplots.

Character sketches followed with a list of chapter ideas and cross checking to give equal weight to each of the subplots. New characters naturally emerged and were worked into the story.

In Hearts of Glass the main character is Olivia O’Brien, a widow on the brink of opening her dream art studio when she becomes the unsuspecting victim of a violent stalker, Tom O’Malley. It is a novel of second chances and God’s redemption.

Olivia has a son, Ryan, who is a veterinarian and a daughter, Suzanne, studying to be a translator. When book one ends, both Ryan and Suzanne have been smitten by the love bug.

Seekers of the Heart opens with Ryan and his wife, Kathryn, reeling from a loss. Ryan struggles to comfort his wife while trying to run the veterinary clinic without her. Their new intern arrives with an agenda that threatens to destroy both their marriage and the business.

In Seekers of the Heart the reader will reconnect with many characters from Hearts of Glass and meet new ones who intermingle with them, challenging their faith, and offering second chances at life and love.

Seekers of the Heart was given a professional edit by Carolyn R. Wilker of Finetune Editing. Nancy’s daughter, Kathryn Bursey, helped immensely with final formatting before the book was sent to the publisher, KDP, an affiliate of Amazon.

The author’s purpose is to weave the love of God and prayer into every chapter so the reader will be encouraged and challenged to put their trust in the Creator of the universe.

Nancy says, “Remember, if you seek Him with all your heart, you will find Him.”

Seekers of the Heart is available as both an eBook and paperback from Amazon.ca, or individual copies can be purchased from the author at nerobinson54@gmail.com. Discussion questions for book clubs are included at the end of the novel.

Photo captions:  Nancy Robinson with her second book, Seekers of the Heart; the back cover of the book. Submitted photos

Nancy, I am so happy you have written a second book and it sounds like an exciting read! Will be looking forward to getting my copy soon! Blessings!

Blessing to Nancy- the books are a testimony to her faith. She is a sister-in-Christ to me...Cindy