Local named to Mothers’ Union board of trustees 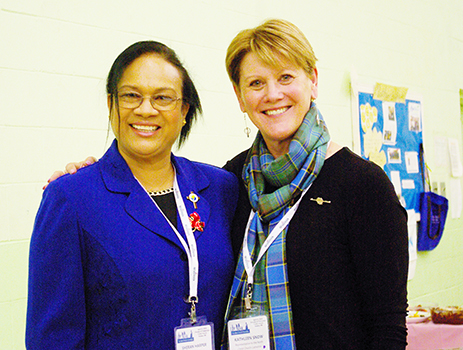 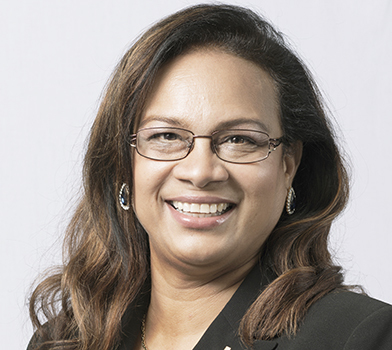 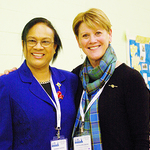 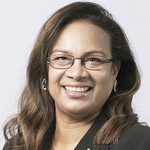 Mothers’ Union has been making history this fall, both internationally and right here in our diocese. The changes stem from elections held this summer, the results of which were announced in October.

First, MU has elected its first worldwide president from outside the British Isles — Sheran Harper of Guyana. It also elected its first man as one of 12 trustees, which function like a board of directors for Mothers’ Union. Paul Tindle was elected to represent Scotland.

And finally, the trustee to represent Zone B (South America, Central America, North America and the Caribbean) is Kathleen Snow, a Christ Church Cathedral member and also its parish nurse.

“I don’t know how this happened!” said Kathleen. “But for me, Mothers’ Union is a way of life. I have a passion for it, and that’s where my faith has grown — through Mothers’ Union.”

It was 30 years ago, when Kathleen was a young mother of three children under five, that she, Donna Crowe and a few others responded to Dean John Wright’s request that they start a branch of MU.

“Over the years I ended up in various positions — diocesan president, branch leader, Canadian presi-dent,” she said.

Kathleen has steadily taken on more responsibility with MU. Three years ago she was elected as a representative member of the MU Worldwide Council and a member of the Central Fundraising & Communications Committee. During that time, the committee produced the Dear Lord Prayer Book. Over 11,000 prayers books have been sold since February 2018 and £31,000 raised to date.

Kathleen has been heavily involved in MU’s parenting program, becoming one of its two worldwide trainers.

And now she is taking over for Sheran, who, until October, was the Zone B representative on the board of trustees. The trustees represent geographic regions of the world where MU operates — 12 people representing four million members in 84 countries.

Sheran is no stranger to MU members in the diocese. She has visited Canada three times. The most recent trip was in April when she attended the annual MU rally held in Sussex, and a visioning retreat at Villa Madonna in Rothesay with members from the Americas and Caribbean.

Sheran gave up her profession as a physiotherapist to volunteer with MU. She became a worldwide parenting program trainer, visiting 26 countries.

“She is a master trainer and a strong woman of faith,” said Kathleen, adding that the first time Sheran trained Kathleen, “I remember thinking, ‘I want to be just like her!’”

Appointments to MU are without pay. Kathleen’s appointment is for a three-year term, which is re-newable.

“My role is representing my zone,” she said. “Sheran’s been a communicator, bringing together pro-vincial presidents as a way to share information. They have a Facebook group and other avenues. She’s really fostered that.

“I hope to continue that and bring back trustee issues to the provinces. It will be busy, but that’s OK.”

Kathleen will travel to Britain in January for the commissioning of the newly elected members, which will be officiated by the Archbishop of Canterbury.

Mothers’ Union was founded by Mary Sumner in 1876. Its website says, “She wanted to create an or-ganization for women that brought together rich and poor to build a network that would support mothers of all kinds as they brought up their children in Christian faith.” To read more about Moth-ers’ Union, visit mothersunion.org .