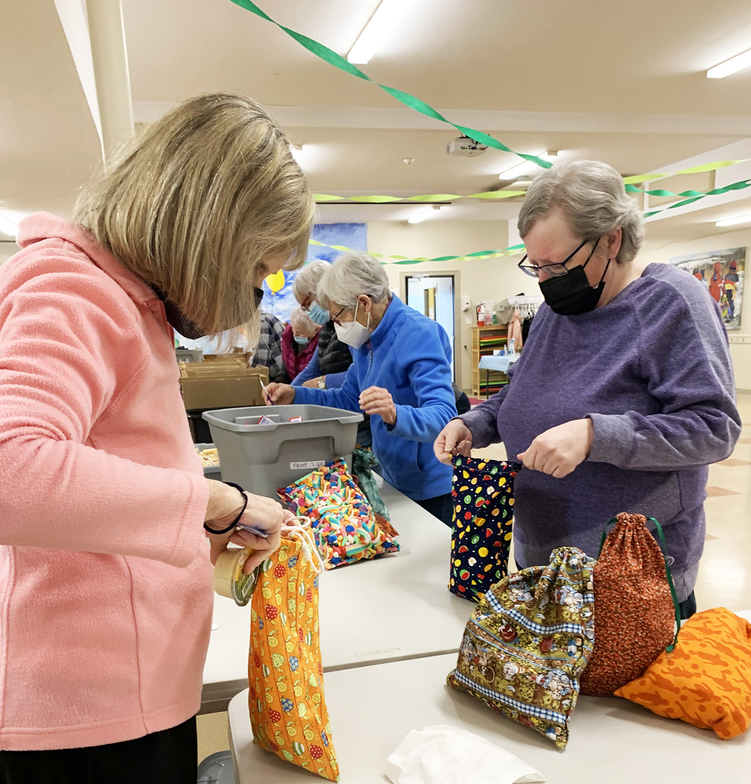 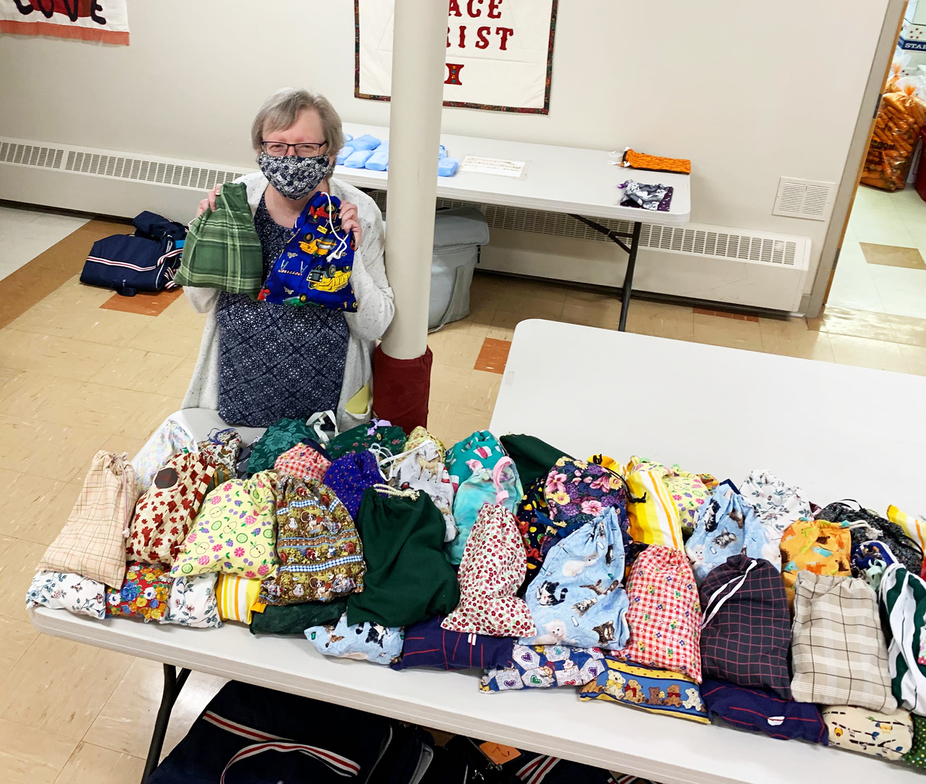 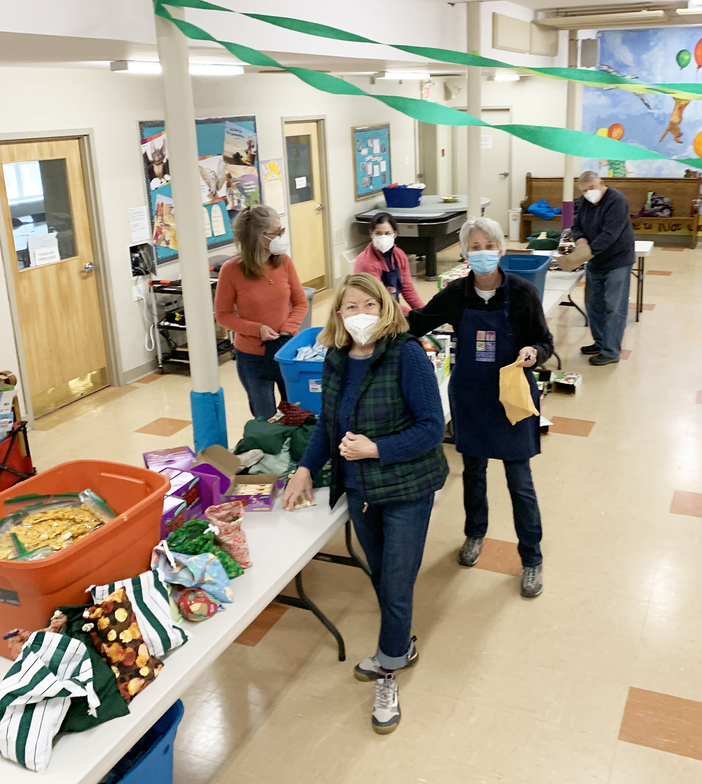 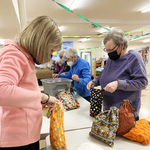 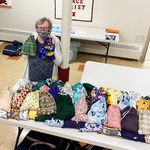 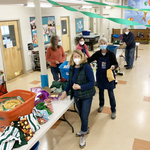 Believing there’s always room for improvement, this past winter, Erin decided the paper bags they’d been using had to go. Too much money, too much waste, too many trees were all factors, as was the desire to follow the Fifth Mark of Mission, which seeks to protect creation.

Foregoing paper, Erin put out a call for small, washable, reusable cloth bags. She developed a sewing pattern and hoped for the best. By the end of April, helpers came through all over the diocese, with about 1,000 cloth bags sewn and delivered.

But with the number of lunches they prepare climbing, the need for more bags has risen — to 2,400.
The 2,400 goal is enough to give the ministry time for washing and some flexibility for growth. So Erin’s call for cloth bags has been renewed.

“With 1,200 bags, it will get us through three lunch days for one week at all six schools,” said Erin. “The tricky part is getting them all back from the schools and then getting them washed. The more we have, the more flexibility we have with laundry.”

So if you’ve put your sewing machine away, Erin is hoping you’ll reconsider and sew a few more.

RESPONSE
The response to the original call for bags was astounding.

“They are from so many different places and different people,” said Erin, adding they came from Anglican parishes, individuals, ACWs, other groups and even non-Anglican churches.

“It’s been a collaboration, a widespread effort,” she said. “And it came about a lot faster than I thought.”

After March Break, they had enough bags to roll them out, in a test run, at one school. They found some were too small, and some drawstrings came out, got frayed or even melted in the dryer. But by Earth Week in mid-April, they had a full launch.

The volunteers find the cloth bags easier to pack, though the production lines have slowed somewhat as the bag designs are admired, said Erin.

“They all love them,” said Erin of the volunteers. “We’ve heard nothing but positive. Teachers love them too. The kids were excited to get them.”

A vocational group of adults practicing life skills is taking care of the laundry, which is a huge burden off her plate, said Erin.

Photo captions:
1.  Bonnie Hunt, right, and other volunteers on the packing line at Inner City Youth Ministry. Packing is easier with the new cloth bags, but the line has been slowed by everyone admiring the patterns and colours on the bags.

2.  Bonnie Hunt show off some of the cloth lunch bags ready for distribution to Saint John-area schools.

3.  Volunteers on the packing line find the cloth bags easier to pack than paper bags.

Hi there,
Please let me know what type of drawstring worked the best. Also what finished size is large enough. I made the bag per the instructions but found the bags on the small size so I started cutting them larger.
Many thanks,
Alice Kennedy