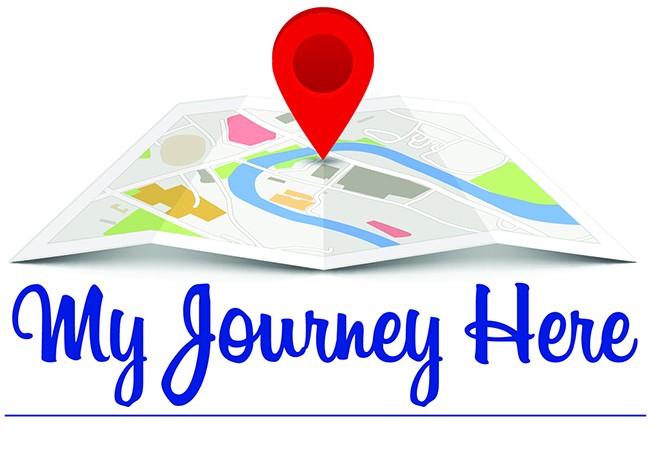 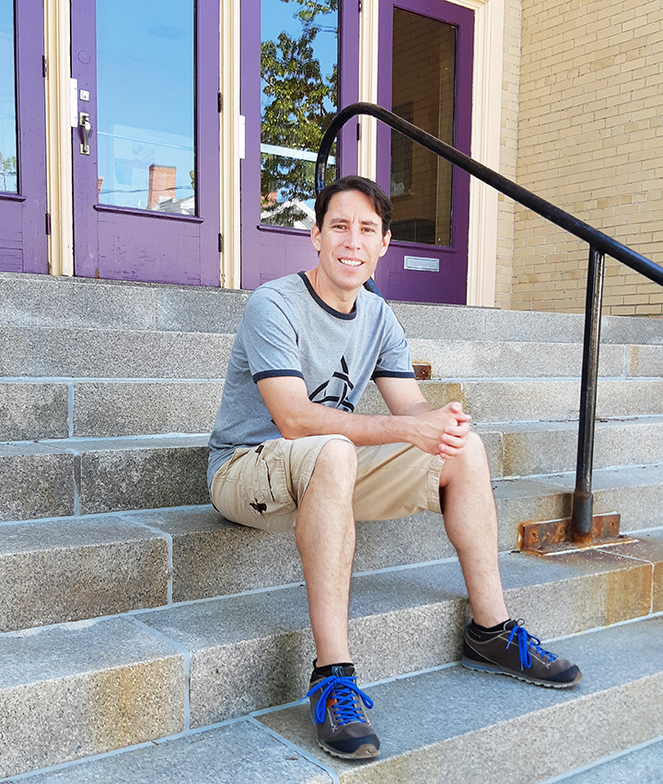 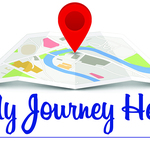 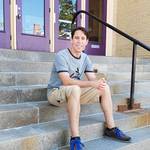 Had it not been for a conversation with a nun from Chicago, Kurt Schmidt might never had ended up in Fredericton. Between then and now, there were stops in Cape Breton, Tanzania, Tacoma, Halifax and Windsor, Nova Scotia.

Kurt, 45, was raised a Roman Catholic in Littleton, just outside Denver, Colorado, and attended a Jesuit high school.

“I grew up in the Roman Catholic tradition,” he said. “It’s pretty deep in my family. My mom is the only one in her family not a monk or a nun at one time. We’re Irish Catholic and German Catholic.”

After high school he studied mathematics and African studies at Colorado College, and connected with a small monastic community, called Nada, which had a relationship with his college. In his final year, Kurt did an independent study that included a stay at the monastery.

“While there I followed the rules of the monastery,” he said. “I was living as a monk while doing the study.”
There, over chores, he met the nun whose conversation would change his life.

“She asked me what I was doing after university, and said ‘why don’t you check out this remarkable community in Cape Breton?’”

She’d visited and had written a story about L’Arche Cape Breton. He read the story, and promptly wrote a letter asking if they had any room for him.

The L’Arche website says it is a worldwide organization that creates inclusive communities where the members, with and without intellectual disabilities, share life together. Each member receives support to grow, achieve goals, and contribute their gifts and abilities to create a more colourful, welcoming, creative, compassionate, and joyful community. Members live life together while working, learning and sharing their gifts. It has strong Catholic roots and United church influences.

From Colorado to Cape Breton
Kurt’s letter to L’Arche was obviously well-received.

“Four weeks later I was on a plane to this mysterious place called Cape Breton,” said Kurt. “It was my first experience of intentional community living. L’Arche Cape Breton is the only rural L’Arche community. It has a very special character. It was a really transforming experience for me.”

Transforming indeed, because while there, he met Catherine, his future wife and an Anglican, who was from Guelph, Ont.

Kurt spent one year at L’Arche as an assistant, in exchange for room and board and a small stipend, “but it’s not really a practical career move,” he said.

From Cape Breton, he moved to Tanzania to teach for a year with Jesuit Volunteers International, another communal living experience in “the most beautiful place I’ve ever seen, and another non-paying job.”

Meanwhile, since this was 1999, he and Catherine kept in contact through letters, though he knows many were lost in the mail.

Married life
“On my return to North America, my first stop was Cape Breton,” he said. “Catherine and I got engaged.”

They spent their engagement year in another L’Arche community, this time in Tacoma, Washington. It was here, through L’Arche’s help, that he was able to pay off his student loan.

The couple was married in 2001 in Ancaster, Ontario at Canterbury Hills, an Anglican camp. It was an Anglican-Catholic service to honour the religious backgrounds of the bride and groom. Kurt’s uncle, a priest, was one of the celebrants.

The date was Sept. 9, and those guests who hadn’t left Ontario by Sept. 10, including his parents, were stuck there for a week as North American air travel was halted due to the 9-11 attacks in New York, Washington and Pennsylvania.

Kurt and Catherine chose Halifax to begin married life, and as they arrived Sept. 11, learned of the attacks.
That first year of marriage was a lean one, said Kurt, with Catherine finding work in home health care. Kurt, ineligible to work in Canada, managed to do some private tutoring.

A year later, his employment visa came through just in time for him to find work as a math teacher at King’s-Edgehill, a prestigious, very proper old Anglican boarding school in Windsor, N.S. He’d sent his resume on a whim. The day before it arrived, the math teacher had backed out of his contract.

With just eight days before the term began, they made a very quick move to Windsor, ultimately spending four happy years there. For three of those years, Catherine was a student at Dalhousie University, taking occupational therapy certification.

From Windsor to Fredericton
At graduation, Catherine was offered a job in Fredericton, and like she had done for Kurt, he resigned at the end of the term and followed her to the city that is now their home.

Once in Fredericton, Kurt found contract work with NBCC and at the Mi’Kmaq Wolastoqui Centre at the University of New Brunswick.

Their daughter, Rachel, was born in 2007, and after Catherine returned to work, Kurt became a stay-at-home dad, teaching a few courses at UNB as well.

“By the time Rachel was school age, Catherine and I had carved out part-time employment — me teaching and she doing occupational therapy — and both of us home schooling Rachel. It was awesome.”

From 2009-12, Kurt studied part-time for a Masters in Education and taught at UNB, while also home schooling and taking care of Rachel.

“At the very first service, we happened to sit behind Nathan and Isabel Cutler,” said Kurt. “After the service, Isabel swung around and made us feel welcome. She really extended a warm welcome. We came and never left!”

Two other women in the congregation — Kirsten McKnight and Cindy Pope — were pregnant, and they and Catherine all gave birth to baby girls within six weeks of each other in early 2007.

“I’ve felt like our experience here at the Cathedral has been one of very deep empowerment,” he said. “We’ve had two deans and found both of them very empowering and the entire congregation has been nothing but empowering.”

In 2017, Kurt was hired as the half-time director of Christian formation at the Cathedral.

“It was the right time for me, our family and the Cathedral,” he said. “I’m working on my own formation as well as others’.”

It’s a cross-generational position with “a spectrum of freedom. It’s been really positive.”

So what’s it been like to make the move from Catholicism to Anglicanism?

“Frankly, I still consider myself a practicing Catholic,” he said. “I don’t experience any conflict. My faith is richer by having two approaches to it. I appreciate being able to explore more Anglican traditions.”

He was preparing for reception on Easter Sunday, but has had to wait until COVID-19 restrictions are lifted.

Rachel is 13, and attending middle school with her friends. Catherine is an occupational therapist for the New Brunswick Extra-Mural Program. Kurt became a permanent resident of Canada while at Kings Edgehill, and has been a Canadian citizen for more than a decade.

“I’ve lived more than half my life in Canada,” he said, adding, though, that he misses family back home, and he misses the Rocky Mountains “a lot.”

EDITOR'S NOTE:  The New Brunswick Anglican's new series, My Journey Here, features a member of the Anglican Diocese of Fredericton whose roots are far from New Brunswick. If you are, or know of a
parishioner who is from away and would like to tell the story of ‘how I got here,’ send the name and contact information to the editor: gmcknight@diofton.ca or 506-459-1801, ext. 1009.

This is a beautiful story!
We have an awesome God!

Kurt, Catherine and Rachel have endeared themselves to our congregation. Using their unique individual gifts they have each offered quiet but strong leadership in various Cathedral ministries. We are grateful that God has led the Schmidts and several other young families to the Cathedral. Their presence is a real blessing!

And we're so glad (and blessed) that you folks are here.

What a journey! We're so glad God led the Schmidts here. They've been a blessing to our family, and to the Cathedral congregation as well! :)

Kurt, Catherine and Rachel, the Cathedral family is indeed a richer place with your presence and the many ways you have all contributed to our life together over many years. . Nathan and I are so pleased we can stay connected through on line Taize. We look forward to meeting you again whenever we are in Fredericton.
God Bless you and thank you.

A beautiful story How determination following a life of study ,survival and a strong Christian faith leads to love of Jesus , a loving marriage and family, and strong work commitment. Good Bless Joan

Wonderful story of God's leading and your love!

Great article Gisele. Interesting story of the journey here... I too am so glad you're here. We are blessed and lucky that you chose Fredericton and the Cathedral as your home.