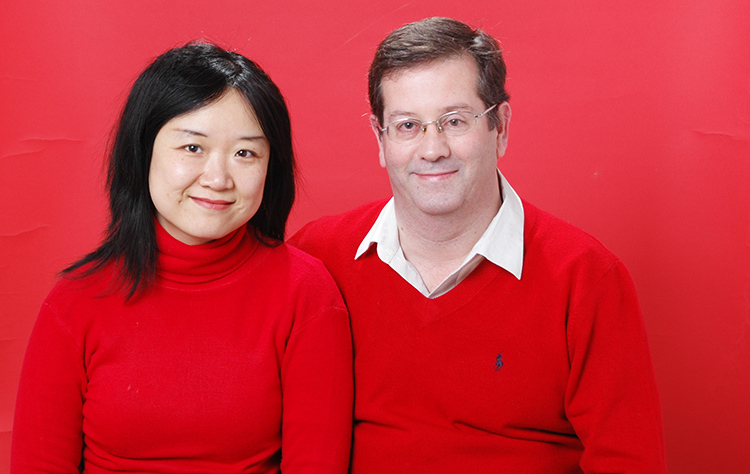 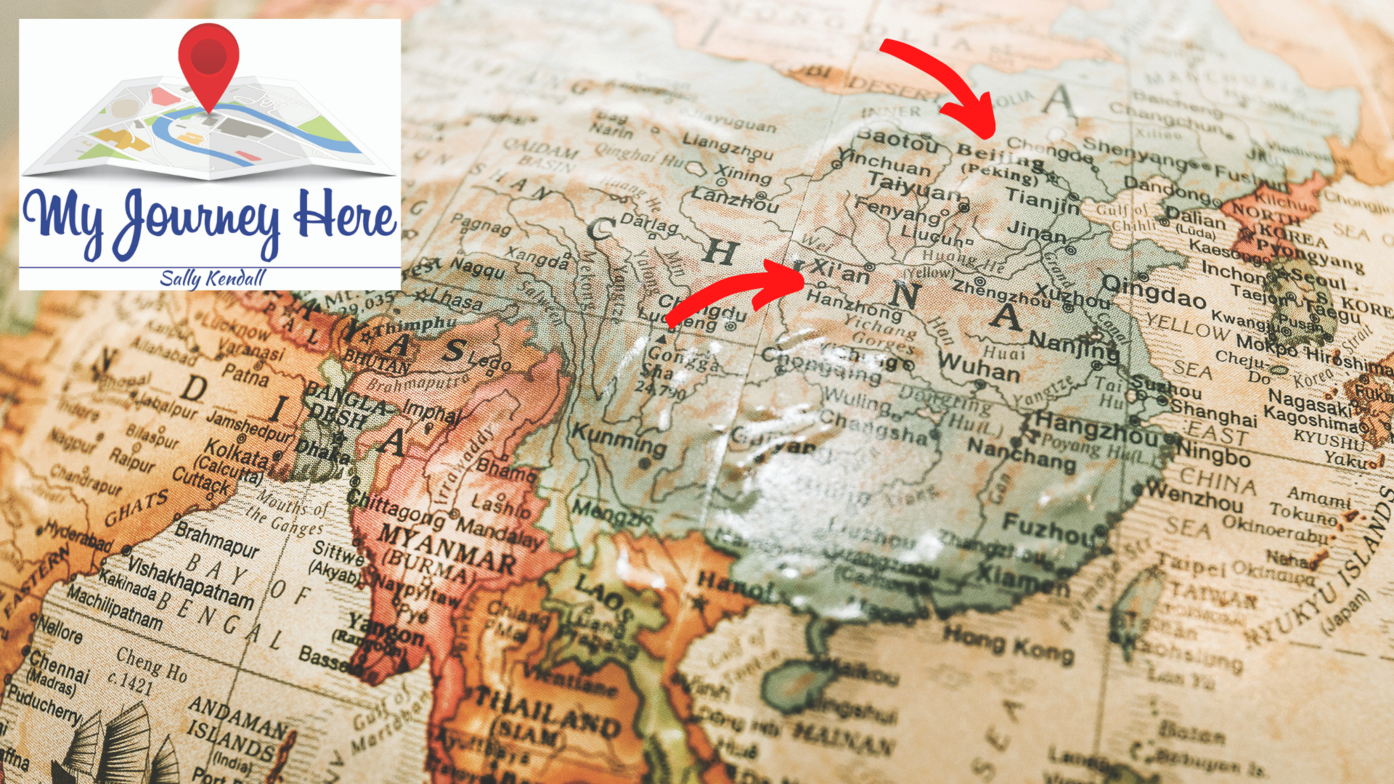 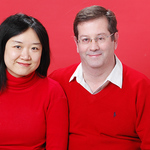 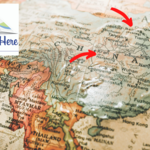 “What if” is a recurring theme in the lives of Sally (Jing Zhang) and Walter Kendall. What if Walter never had heart issues? What if Sally had never left China? What if she’d never read the ad in the Chinese newspaper? What if they’d never stayed at the Howard Johnson’s hotel in Miramichi? And what if the elderly Chinese lady on the streets of Vancouver had never invited Sally to church?

All those seemingly unrelated factors in their lives came together through God’s own hand, landing them in the Diocese of Fredericton in 2016. But let’s go back to the beginning — to the faraway, ancient city of Xian, China, an important cultural and political centre in northwest China and the starting place of the Silk Road — and Sally.

SALLY
Xian is Sally’s birthplace and she still has family there, but she and her parents moved to Beijing for work when she was three. As a young adult, Sally was a television producer for a weekly show.

“Every week I had to make this program, but I needed challenge,” she said. “I decided to immigrate to Canada. I was always interested in culture and wanted to see the world.

“My parents at the beginning didn’t want me to go. I am an only child,” she said. “They really wanted me to stay with them, but they understood.”

It took three years to get here, and she stayed one month.

“I didn’t quit my job [in China]. I couldn’t find a proper job in Toronto.”

But the lure of Canada was strong, and over the next several years, she went back and forth, this time focusing on Vancouver.

“I liked Canada. I really valued the opportunity to stay,” she said, adding she still had a career as an independent film maker in China.

WALTER
A native of Newfoundland & Labrador, Walter also had a sense of adventure, brought on by major heart surgery at the age of 18.

“The doctors told me I might not live past 30, so I thought I might as well hurry up and start living,” he said.

He travelled the world on Irving Oil tankers, toured Asia for months, and lived in the Canadian Arctic. When he decided to move south, he sought out the most snow-free climate around — Vancouver — and went to work for the federal government.

The couple met online in 2006. Sally read the ads in a Chinese paper in Vancouver, went online and found Walter. They’ve been together ever since, but with many trips back and forth to China, both together and solo for Sally.

After a few years, Walter took a leave from work and they visited China for nine months. Then in 2010, they got married there.

Afterwards, Sally stayed for awhile in Beijing and Walter returned to work in Vancouver. It was not a pleasant return. While walking through a park one day on his way to work, Walter was suddenly struck with frightening symptoms, that, after years of tests, consultations and treatments, turned out to be severe environmental allergies.

“They were year-round and they kept getting worse,” said Walter.

The damp, wet climate was thought to be an aggravating factor, so Walter asked his employer to relocate him, hence, the move to Miramichi in 2016.

FINDING FAITH
While waiting to cross a Vancouver street one day, Sally was approached by an elderly Chinese woman who asked her a question: “She asked me if I had ever been to church before. No, never. She invited me on that weekend.”

She took Sally’s address and arranged for someone to pick her up, and Sally began attending.

“At the beginning, I didn’t believe. I’d sometimes go for Bible study. I had a bible and I took it to China with me and brought it back, but I never read it.”

It took a crisis and much change in her life to make her open that book.

It was the spring of 2010, just after she and Walter had gotten married. She was still in Beijing when her mother was diagnosed with cancer.

“I was very afraid to lose her,” she said. “I had just married Walter. I was unsure of the future with Walter and me. I couldn’t sleep. I wanted God’s help.”

At the time, she was making a movie, looking for actors to add to it. She saw a beautiful actress on TV and sought her out for her movie. God sent her an actress, a good friend and a Christian, all in one.

“She started to give me some [Christian] knowledge,” she said.

By November that year, her mother was recovering, and Sally returned to Vancouver. She promptly sought out her church friends and rejoined them. Then a friend gave her a book about near-death encounters, where some in their dying moments saw peace and love, and others were terrified. It had a big impact.

“I told myself, ‘I think it’s time to have faith,’” she said. “A friend led me to do confirmation.”

Confirmation, she explained, is the act of asking forgiveness, asking Jesus to be your saviour and following his example. To further cement her commitment, by the end of that year, she was baptized.

MIRAMICHI
The couple arrived here in February 2016, staying at the Howard Johnson’s in downtown Miramichi for two months before finding a home.

“She wanted to go to church, and St. Andrews [Anglican Church] was very close,” said Walter.

“After the church service, they had a [coffee] meeting,” said Sally. “The people were so friendly. They make us feel very warm.”

Even when they bought a house in Chatham, they made the 20-minute drive to St. Andrews, passing many other churches along the way. That drive continued until Walter’s allergy issues returned.

For a couple of years, the Miramichi climate and air were helpful in keeping the severe symptoms at bay. But dampness had always been a trigger and lately, there have been a lot of damp winters that have had an adverse effect on Walter. He’s been put on medical leave indefinitely.

One of the triggers, sadly, was the 160-year-old St. Andrews building.

“It got so I couldn’t stay inside for more than 15 minutes,” said Walter.

They sought out a newer church, St. Mary’s, on the Chatham side of the river, though they still have connections to St. Andrews.

“We made a lot of friends there and the ladies are very, very nice,” said Sally, adding she’s joined in activities and volunteers at Hope Café.

“She got me going back to church, kicking and screaming!” said Walter, who described himself as somewhat reluctant after distancing himself from the church he grew up in. “She’s slowly bringing me back.”

THE FUTURE
Sally and Walter don’t plan to spend much more time in Miramichi. They spent a recent winter in Beijing where Walter’s allergies were completely under control. So that’s where they’re headed.

In fact, if it hadn’t been for another heart surgery and a worldwide pandemic, they’d already be there.
As for church, they are not at all sure of the safety of attending in China.

In China, he endured a two-and-a-half-hour sermon, after which he told his Canadian pastor he would never complain about the length of his sermons.

But beyond that, there is real fear.

“Right now is a very sensitive time,” said Sally. “The underground church in China is beginning to be persecuted. I think it will be getting worse.”

But family and health are propelling them east.

“My career is basically over,” said Walter. “She put her career on hold and now it’s her time. We still have an apartment in Vancouver that we hope to retire to one day.

But in the meantime, “our plan is to sell our house in Miramichi and relocate to Beijing. We have [parental] responsibilities there,” he said.

“The only thing that helped my allergies was traditional Chinese medicine. I love Beijing. The Chinese food is incredible. I plan to cure my allergies and eat my way through China,” he said.

I have met Sally and Walter through Olive and others at St. Andrew's and I knew some of their study but I loved hearing the rest. Best wishes and I know you will be missed in the Miramichi.

Sally and Walter, Thank you so much for sharing your story. It is amazing how God has worked in your lives.
May God continue to guide you when you return to China. Beijing is a beautiful city.
It is interesting that we share the same last name and I am also a native of NL. I was born in Ramea on the south coast of Newfoundland.