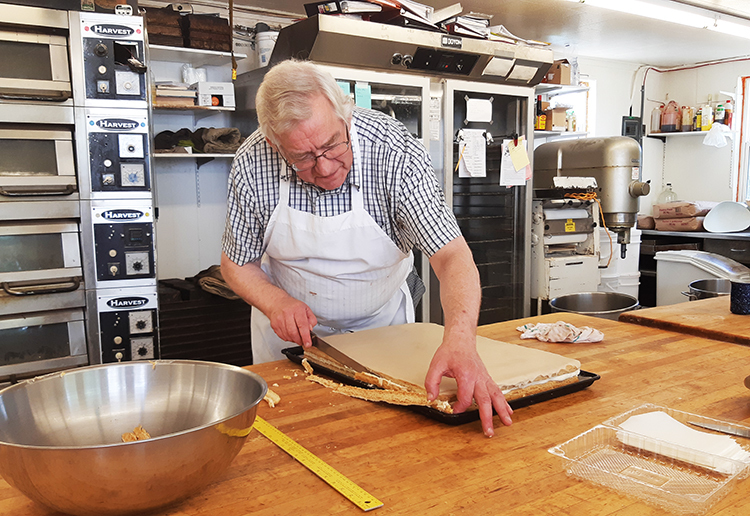 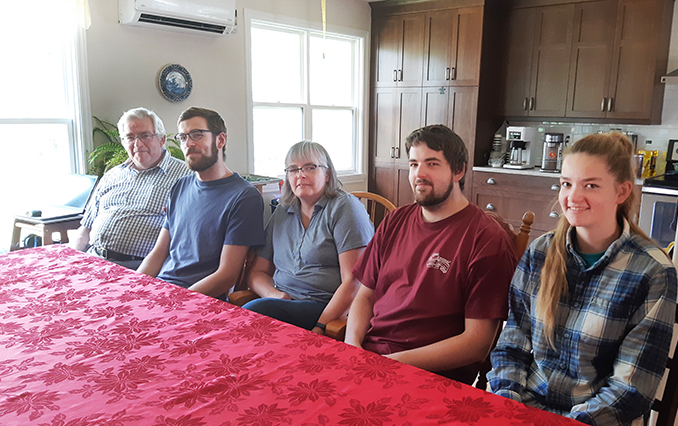 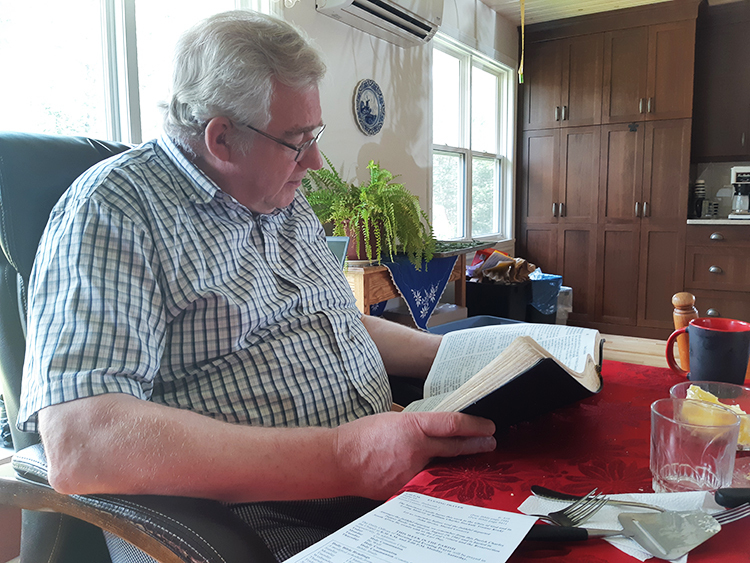 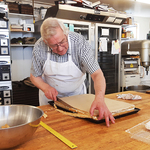 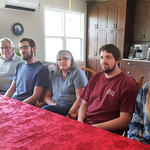 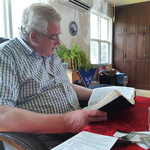 Saturday is a big day in the Stam household. Almost everything Nick the Dutch Baker and his crew — his wife and children — do all week is for Saturday.

Because they have no storefront, all the breads, turnovers, cookies, vanilla slices, cinnamon rolls, crumble cakes and meat pies they prepare all week are for the Saturday markets in the Moncton-Bouctouche area.

But Sunday? Well, Sunday is a different matter altogether. There is no work — only worship.

But let’s back up to where Nick’s journey began — in the Netherlands.

COMING TO CANADA
Nick was 23 when he left his country of origin.

“Why did I come to Canada? Adventure,” he said. “I thought I’d live in Canada for a year, see the country and go back home.”

But at a Dutch Reformed Church service in southwestern Ontario, he met a Dutch woman named Christine. They married in 1980.

Nick had been a baker in The Netherlands, and he continued that trade in Ontario, even opening his own bakery.

But then their church opened a school, and he became the principal.

“Four years later, I wanted to go back to baking,” he said, adding costs were high in Ontario, so they took a trip to the East Coast to check out the prospects here.

“Frank McKenna was premier of the province in 1996 and he said ‘come to New Brunswick,’” he said, adding, “It was a little adventurous and a little stupid.”

COMING TO MONCTON
By this time the couple had nine children, no income and no job, but Nick had one highly popular skill — baking.

They used the money from the sale of their house to help fund their new set-up. They found Moncton too expense, so on a map they drew a circle around the city, and found their home in Notre Dame, just 20 minutes north.

Then they bought a mobile school trailer, which became the bakery, though it’s been expanded since then. And they began selling their products at local markets, starting with one at the Sussex Train Station many years ago. Now, they sell in Moncton, Dieppe, Bouctouche and at the Boyle Farm — all on Saturday.

They need a small army, not only to bake, but to organize, package and run the booths at the markets. That’s where several of their 12 children come in.

John, Peter and Juliana work daily, with the boys baking and Julianna taking care of social media and online orders. That’s a new service brought on by COVID-19 — specific orders to your door. Three or four other children help out on Saturdays.

“Everybody can fill in at each place,” said Nick. “I am always at Bouctouche; Maria always works in Dieppe; John is always in Moncton; Juliana does deliveries.”

Once Saturday is over, it’s time for rest, worship and family.

ANGLICANS
“We were not Anglican. We were Dutch Reformed,” said Nick, adding it’s similar to Presbyterian.

There came a time to look for a new church, and they discovered St. George’s in Moncton through a friend.

“We started to go to Evening Prayer here and there,” said Nick. “The more we came, the more we liked it. For a city church, it is very friendly. The beautiful prayers and dignified service — we felt at home.

“So I went to Father Chris (the Rev. Canon Chris VanBuskirk) and said, ‘listen, we are here, we’d like to stay here and we want to become confirmed.’"

Christine, Nick and their son Martin were confirmed by Bishop Claude Miller in 2014. Over the past few years, several more children and grandchildren have been baptized and confirmed. Five of their children attend St. George’s.

“We’re thankful for that,” said Nick. “We are quite involved. Church is a really important part of our lives.”

One of Nick’s favourite times is a monthly Sunday evening hymn sing. It began within their family, but became too big for their house, and Chris invited them to use the church basement.

Nick plays the organ, and some of his children play guitar and drums. It’s got a following both within and outside St. George’s, with people coming from other denominations, or even coming because of their market connection to Nick.

RETIREMENT
Editor’s note: For this story, I was invited to meet Nick at his bakery and home, and share lunch, which included a delicious savory chicken pie, one of his best sellers.

Around the massive kitchen table were Nick, Christine, John, Peter and Juliana. Nick asked the blessing before the meal, and afterwards, turned to a large family bible to read the day’s scripture from his church bulletin — the story of Saul’s jealousy of David in the book of Samuel. Reading scripture after a meal is a Dutch tradition.

Then Nick played a tune on the organ as the kids went back to work. Nick is 64, celebrating 50 years in baking this fall.

The goal is to start by working one day a week less than he is now. Perhaps eventually, Nick and Christine will have more time to visit their children and 28 grandchildren, who are spread from Saskatchewan to Prince Edward Island.

In the meantime, you will find him meticulously cutting vanilla slices into equal pieces, trying new recipes, making raisin bread, cookies, turnovers and more, leading the family business that has become an icon in the Moncton area.

3. Nick reads from the family bible after lunch. It's a Dutch traditions he has maintained all his life.

Christine Bartlett about 1 year ago

What an awesome story. I can say I have the pleasure of knowing them and it’s a pleasure to be in their presence. Their love of God and family shines forth.

Cynthia Derksen about 1 year ago

Lovely story- thanks for sharing.

Robyn Searle about 1 year ago

Wonderful family and the Moncton Area so lucky to be able to enjoy the talent of this beautiful family with the best baked goods I've ever tasted!

Caroline staal about 1 year ago

saw the program on cbc or ctv. Very interesting then and this gives it a more personal feel. Thank you

Cindy Radford Ross about 1 year ago

A truly lovely, hard-working family with important morales & values. We were blessed to worship with them. The bread & pies are nourishment at so many levels. Thank you for sharing your gifts & caring for others.

Wonderful article & thank you for sharing such a good news story. We need more of these.