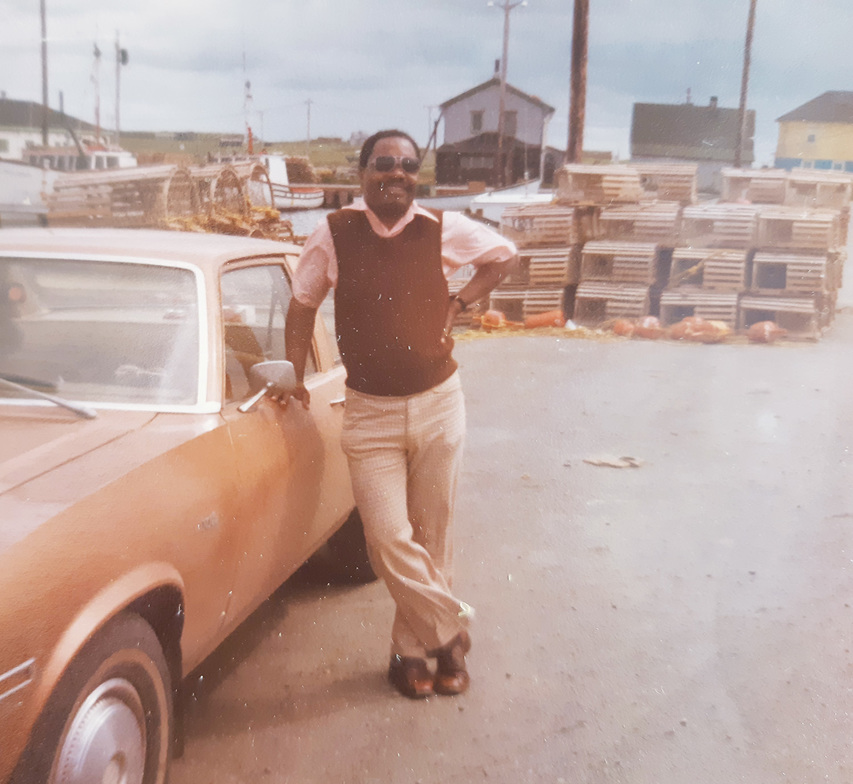 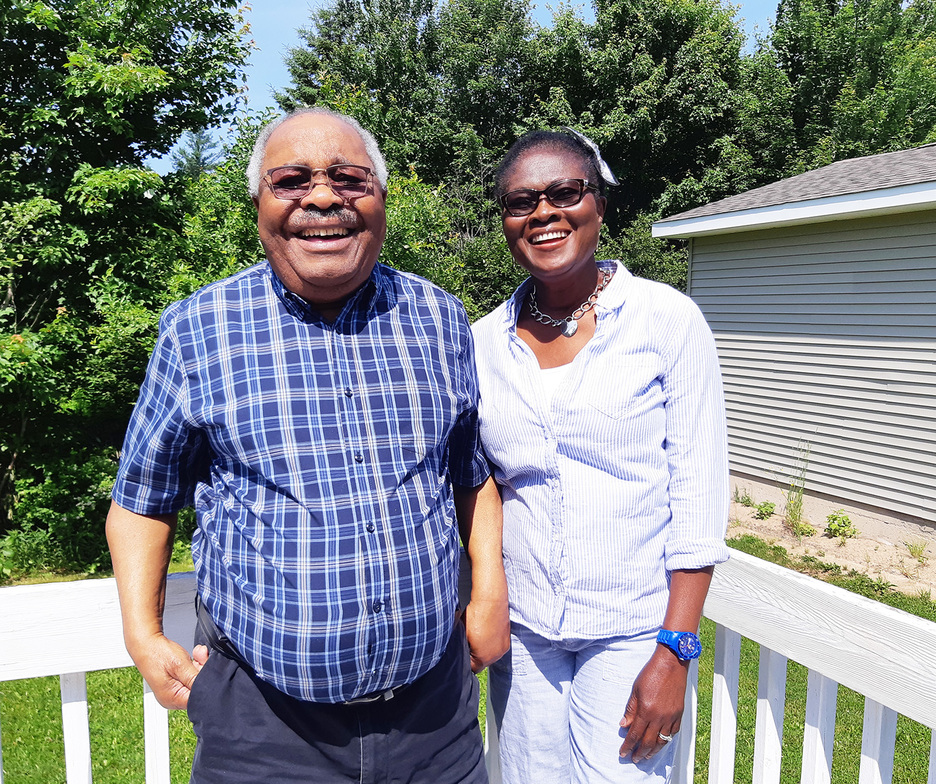 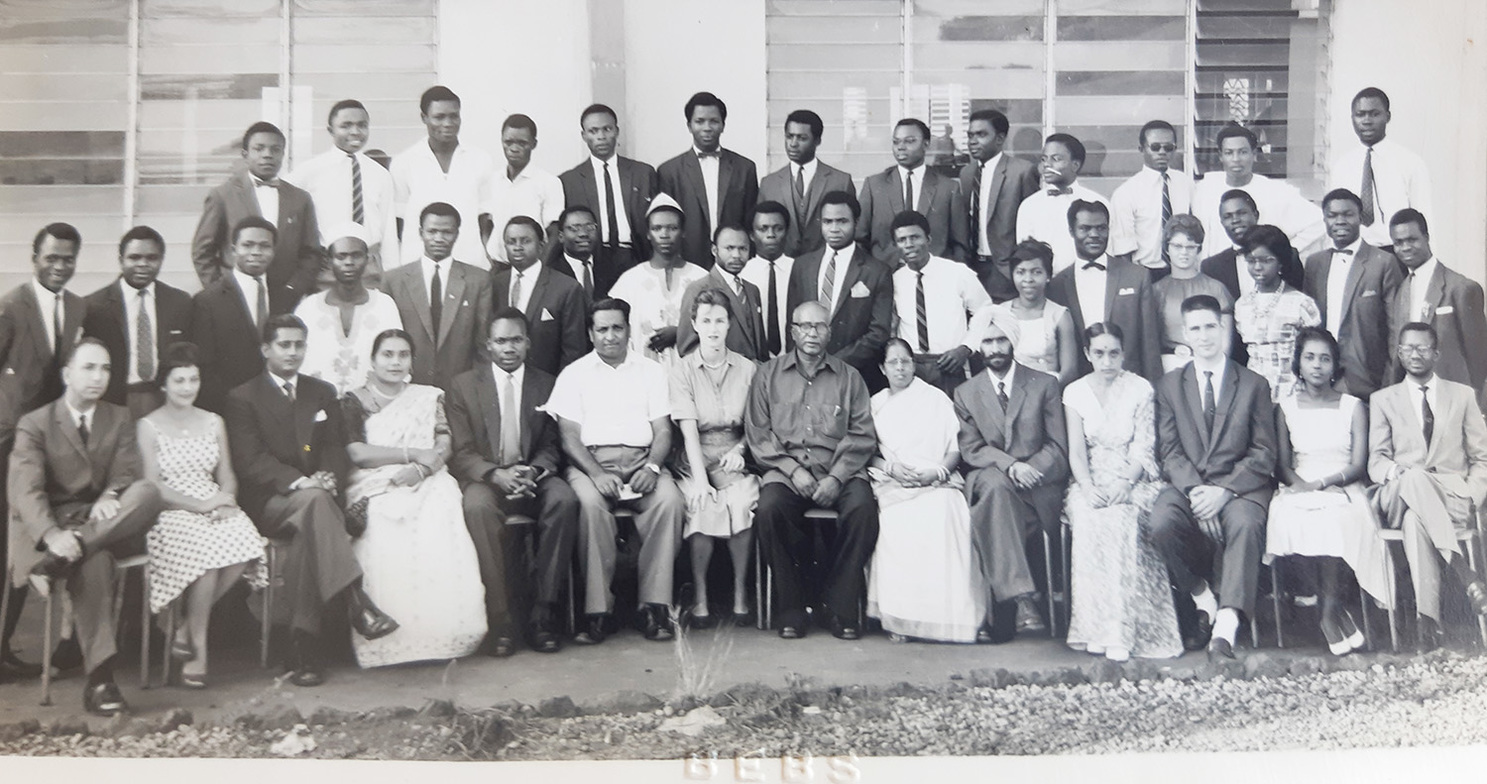 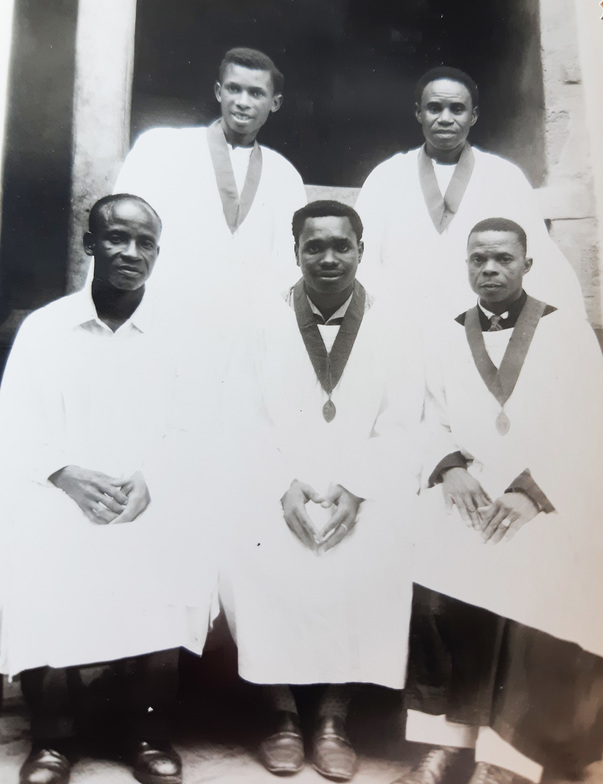 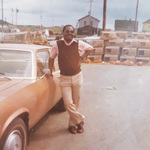 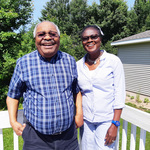 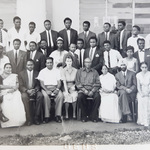 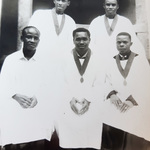 How did the son of an African chief end up as a parish priest in the Diocese of Fredericton? The short answer is that, desperate for a job, the Rev. Rufus Onyewuchi took a job selling encyclopedias door-to-door.

The long answer saw Rufus take a great many twists and turns on his path from chemistry lab technician, to life in Canada, and to ordained ministry.

LIFE IN NIGERIA
Rufus’s story begins in Nigeria. He is the oldest of nine children, born to a father who was the local chief and had two wives. His childhood, a happy one, had a certain amount of privilege. He was born an Anglican to a mother who attended church regularly.

After primary school came boarding school 56 miles away from his home. When he graduated from high school, he began working as a clerk in the Ministry of Education in the city of Enugu.

After two years, he took a job as a chemistry lab assistant at the Nigeria College of Technology.

“I enjoyed that very much,” he said. “That’s the beginning of my story, really.”

He moved on to the newly opened University of Nigeria (Nsukka campus) in 1961.

“They were looking for a lab technician in the chemistry department and they came for me,” he said, adding he was the first lab technician to be hired and there was no chemistry lab set up when he arrived.

LIFE IN THE UK
While working, he took up studies to get certified. After passing the exam, he decided to go to the UK for more studies. He attended London’s Paddington Technical College for the two-year course, graduating in 1966.

But by this time, much had happened at home.

“The Nigerian government had been overthrown by a coup,” said Rufus. “My father told me not to come home yet. So I got a job with the UK government as an assistant scientific officer.”

While he worked at his new job, the situation at home grew worse, with Biafra, and his Igbo tribe, breaking away from Nigeria. He was upset to learn that his employer’s foreign policy on Nigeria did not favour Biafra.

Rufus wanted to publish an article critical of the UK government’s stance, but realized he couldn’t do that and keep his job.

He briefly considered Germany, but didn’t want to learn a new language. Thus, he chose Canada and applied for a student visa to study chemistry. Just in case, he took a study leave from his UK job, though he never returned.

He applied and was accepted to Bishop’s University in Lennoxville, Quebec.

“I chose it because, according to the profile I had, it was an Anglican university and I had been Anglican all my life.”

LIFE IN QUEBEC
His first Sunday there, just a few hours after arriving, saw him seeking out an Anglican church. Instead, he found a United Church and enjoyed the service. Afterwards, the pastor approached him, noted his fine tenor voice and asked him to join the choir.

Some time later, the Anglican archdeacon sought him out, saying ‘we’ve heard you’re singing in the United Church choir. You were a layreader in Nigeria. Why not be a layreader here?’

“So on Sundays I was at the United Church singing, and during midweek, I was at the service at St. George’s in Lennoxville.”

Rufus and the archdeacon, Tim Matthews, formed a friendship, and as Rufus was about to graduate in 1972 with a Bachelor of Science in chemistry, the archdeacon approached him.

“He called me into his office and said, ‘are you going into ministry or not? I thought you’d make a good priest.’

Rufus was shocked, admitted he’d not thought about it and promised to pray.

Six weeks later, the archdeacon was elected Bishop of Quebec. And those promised prayers revealed a truth for Rufus he could not deny.

“While praying, I came to realize something important. I’d always worked in the scientific field. But I realized I felt more fulfilled working with people than with instruments.”

He was accepted into the Montreal Diocesan Theological College, attended diocesan synod, was appointed a student minister in Latuque the next summer, and went home to bury his father — all in all a busy year.

It turns out Rufus loved his time at the college, especially the pastoral training. He graduated in 1974, was ordained a deacon, and sent to Baie-Comeau. He married a woman named Elizabeth, and stayed in Baie-Comeau three years.

The marriage lasted 23 months, its end due largely to Elizabeth’s insistence that Rufus leave ministry.
When he went to his next post, in the Magdalen Islands, he went alone.

“That added to my misery,” said Rufus.

He found life difficult for many reasons, and on a Sunday morning at 8 a.m., he walked up to the altar seething with anger.

“That scared the hell out of me,” he said, adding he knew it was time to leave.

He tried contacting his bishop, by this time a new one, but he was at Lambeth.

The bishop apologized for it once he knew all that had taken place, but by then, Rufus had lost his way.

“I went into spiritual exile,” he said.

He had to make a living, and the only job he could find was selling encyclopedias door-to-door in a territory that stretched from Montreal to Newfoundland.

“In Newfoundland, I sold books to a lady who became my wife.”

His manager wanted him to open a sales office in St. John’s, but new wife Amy wanted to leave Newfoundland. She got a job transfer to Moncton, and Rufus convinced his boss that the office should be there.

LIFE IN MONCTON
Once there, he promptly quit and took a job as a rehab counsellor at a sheltered workshop. This was 1985, and the couple was married at St. George’s in Moncton. For 18 months he sang in the choir, though he was not officially in the Diocese of Fredericton as a member of the clergy.

They eventually moved on to St. Philip’s and on their first Sunday, they talked to the rector, Stuart Allan.

Four days later, Stuart came to their house to visit.

“I told him I was a priest in Quebec. He was shocked!”

‘Does the bishop know?’ was his question.

Bishop Harold Nutter had an inkling of Rufus, because the priest who took Rufus’s place in the Magdalen Islands was his own son, Bruce.

“The encounter with Stuart was very important,” said Rufus.

It was the beginning of his new path as a priest in a new diocese. He was released from Quebec, and Bishop Nutter welcomed him as honorary assistant to Stuart at Easter 1987.

By December that year, he was the interim priest at St. James in Moncton. And by February 1988, he was their rector.

“We were there six years, til 1994,” he said. “We had a good time there. I enjoyed it. I learned a lot about what a priest should and shouldn’t do.”

His next stop was Saint John, leading St. Paul in the Valley until 2003. Then he moved to the Parish of Westmorland, from where he retired in 2005.

He and Amy built a new house for his retirement, but by 2007, after 22 years, the marriage was over.

RETIREMENT IN MONCTON
Shortly after retiring, Rufus found a new role as chaplain at the Moncton Hospital and its facilities. COVID-19 has been hard on chaplains, since visiting was prohibited. Now, with fewer restrictions, he is welcome, but Rufus needs a phone call to let him know a patient wants a visit. He encourages anyone wanting him to visit to call him: 506-857-8826.

He is also the honorary assistant in the Parish of Riverview.

Rufus has an adopted son, Darnell, who lives in British Columbia. He also has a new wife, Geraldine, whom he met at a friend’s home in New York. They married in 2010.

“Geraldine is from the same tribe as me. She is from Nigeria,” he said, adding she works for TD Canada Trust.

From chemistry lab technician to priest, from priest to encyclopedia salesman, and from salesman back to priest, Rufus, at 81, has lived quite a varied life on three continents.

“I have enjoyed myself in ministry,” he said. “You meet a lot of people.”

PHOTO CAPTIONS
1.  The Rev. Rufus Onyewuchi when he served in the Magdalen Islands (1977).

2.  Rufus and Geraldine at their Moncton home.   McKnight photo

3.  The chemistry department at the University of Nigeria, 1963. Rufus is in the second row, seventh from left.

4.  Layreaders in Nigeria, with Rufus in the centre.

Rev. Valerie Hunt about 1 month ago

Didn't realize Rufus's road to the priesthood had so many twists and turns. Interesting to read.

Janice Irvine-Meek about 1 month ago

I so enjoyed reading Rev. Rufus' story. I was privileged to work with Rufus in his role as Chaplain to the Geriatric Team at the Moncton Hospital. His thoughtful and insightful contributions were frequently helpful as patient care issues were reviewed. Best wishes, Rufus!

A very interesting story that I had know knowledge of. Bill and I always enjoyed the times we spent with Rufus when we lived in Saint John.

Gisele McKnight about 1 month ago

FROM ROBERT TAYLOR: I have fond memories of Fr. Rufus' term as Rector of my Parish of St. Paul's Valley, and before that of his marrying me to the late Jean (Murray) in his and her parish of St. James Moncton. Ours was his first marriage as a licensed Priest in this Diocese.