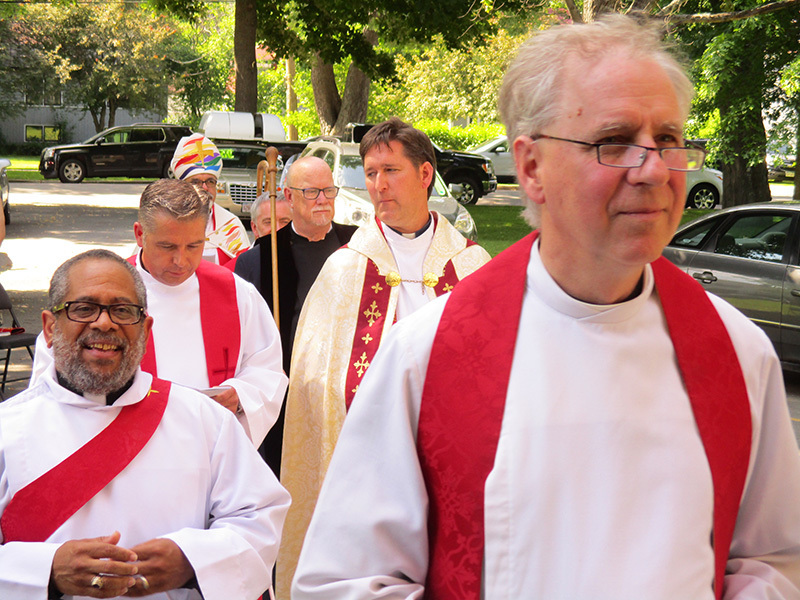 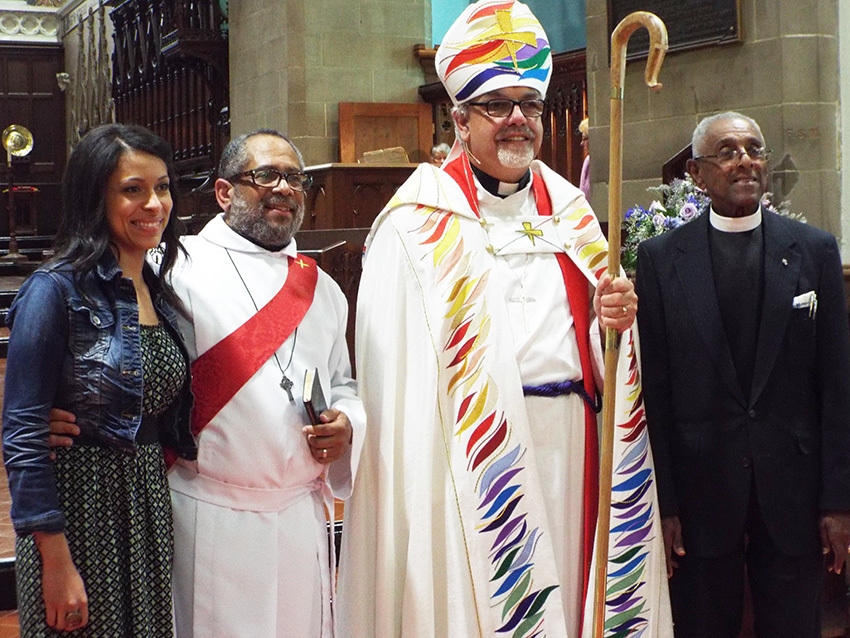 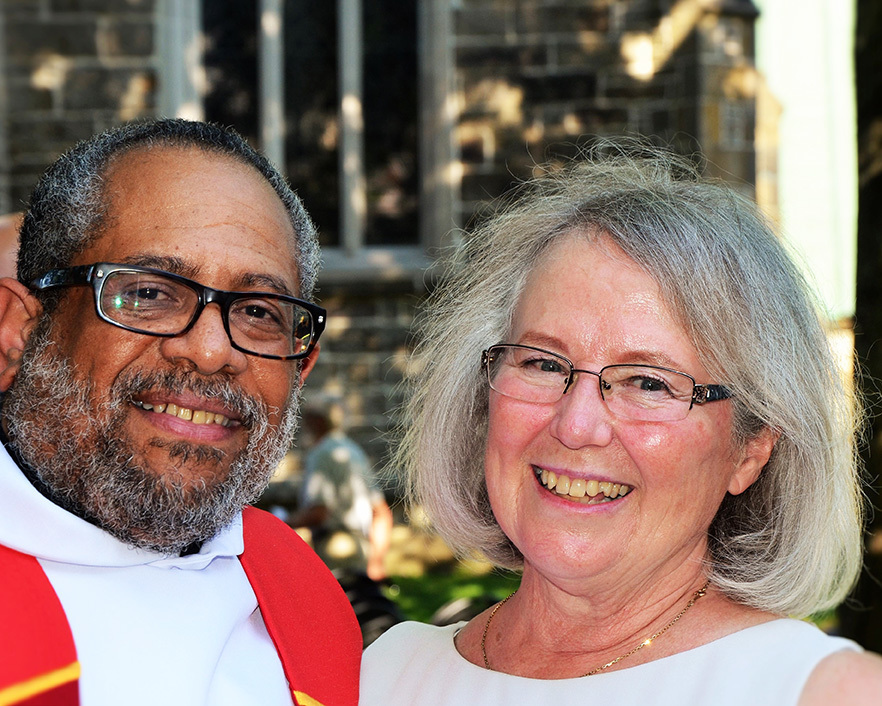 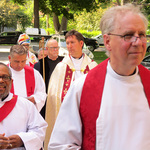 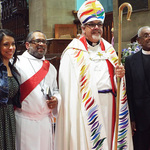 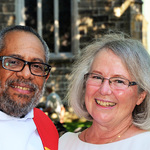 When Thomas Nisbett was 16 years old, Campus Crusades came to the island of Bermuda where he lived, and his family hosted one of the leaders.

This visitor spoke prophetic words to Thomas while there: 'I think you have a very good future in ministry.'

But this son of a Bermudian Anglican priest disagreed: “No way! I’m going to be a businessman.”

And that’s just what Thomas did. For decades he excelled in business. But God had his way eventually.

FAMILY LIFE
The Rev. Thomas Nisbett describes himself as “an Anglican before I was born.”

His father, also named Thomas, made history in Bermuda as the first Black Anglican priest. But making that history put him on a difficult path.

Thomas Sr. left Bermuda for his divinity studies, moving his wife and son to Barbados. When he graduated, the bishop of Bermuda would not ordain him, so he was ordained and served in Barbados.

“I was born in an apartheid country,” he said, adding there was not the brutality that we normally associate with that word, but blatant discrimination was everywhere.

“It’s probably had an impact on my thinking even to this day on how I view the world.”

It was 1965 when Bishop John Armstrong arrived in Bermuda and Thomas Sr. flew home to have a chat. He was welcomed and told a parish would be found for him.

Today, the Rev. Canon Thomas Nisbett Sr. is an honorary assistant in the Parish of Pembroke where he grew up, still serving at the age of 95.

UNIVERSITY LIFE
Despite this pedigree, his love of God and his Church, and his love of Bermuda, Thomas Jr. left after high school to attend St. Mary’s University in Halifax. This was on the recommendation of the Roman Catholic bishop of Bermuda, a friend of the family.

Thomas dived into university life, playing trumpet in the school band, loving every moment, other than playing at football games in November snowstorms.

He joined student government as vice-president of students, where he got quite an education outside the classroom. As part of that job, he was in charge of the student radio station, newspaper and pub.

“In addition to all that, I had to deal with people who thought freedom of the press was more important than being nice,” he said.

The student paper, trying to push the limits, published a photo of a penis on the front page.

“The next day I put a padlock on the door. At 19, that was a hard thing to do,” he said, adding a rogue paper sprung up and then died a couple of months later.

WORK LIFE
He graduated with a degree in commerce in 1980 and returned home to work at the Bank of Bermuda while doing his mandatory military service.

But Halifax was calling his name, and he returned to complete a BA in economics, and transferred his military service to Princess Louise’s Fusiliers. He went to work, first for the Halifax Board of Trade and then to the Atlantic Provinces Chamber of Commerce.

“I was able to use my economics and business degrees in ways I never really dreamt,” he said.

He was, as predicted, a businessman, but the Holy Spirit was always on the sidelines.

“All through that, I always felt God calling me to something, but I said, ‘that’s not for me, man.’”

Then God started using others. At Trinity Church in Halifax, Dr. Dennis Andrews asked him to pitch in with some projects.

“I remember Dennis sitting me down one time, saying, ‘You should consider the ministry.’”

His response: “That’s not for me. I know what that life’s like.”

By 1991 he was living in Moncton working for the Chamber. Another pastor, the Rev. Lawrence Hartley, asked him to help out at Simon Peter Outreach, and eventually, as a prison chaplain at Dorchester Penitentiary.

Then he met the Rev. Rufus Onyewuchi, who told him they were in need of on-call hospital chaplains.

“The hand of God was pulling me,” said Thomas. “Looking back, I see the Holy Spirit kept at it.”

But business was still the priority, to the point of starting his own company, Petrel Communications, which took Thomas all over Europe, Canada, the U.S. and the Caribbean consulting on import and export marketing, organizational development and change management.

With his business partner, Kathy Malley, they eventually joined their business with her husband’s company, Malley Industries.

CLERGY LIFE
In 2013, the company was in the process of mapping out its future. It seemed like a good time for Thomas to rethink his career path.

His wife’s response: “What took you so long?”

It so happened that Thomas had been taking courses at the Atlantic School of Theology for years, telling himself it was to become a layreader.

Even when an advisor told him he was well on his way to earning a theology degree, he was still in denial. But the break from the job was a turning point.

It wasn’t one “aha!” moment, but many moments along the way that confirmed he was finally headed in the direction God had planned for him so long ago.

He credits the Rev. Canon Albert Snelgrove and the Ven. Brent Ham, his parish priests in Riverview through the years, and the congregation, for their guidance and support.

His studies at AST were completed by December 2014. He was ordained a deacon in June 2015, and spent a year as assistant curate in the Parishes of Waterford and St. Mark in the Sussex Corner area. Then he was ordained a priest in June 2016 and appointed to the Parish of Newcastle-Nelson-Hardwicke.

Travelling from Boundary Creek, outside Moncton, to Miramichi has not been without his challenges. His wife runs a horse farm, which requires a great deal of daily physical labour.

“It’s been a lot of sacrifice on her part,” said Thomas of Colleen.

He spends at least five days a week in the Miramichi, sometimes seven depending on the demands and circumstances. And during the pandemic, Colleen has not been able to participate as much in his parish life, nor has she been able to find farm hands as easily.

Thomas and Colleen have been married almost 20 years. She is a retired medical imagining technologist and a certified equestrian coach.

Each has one grown daughter. Colleen’s daughter, Erin, lives in Calgary and works for a large multi-national company.

Thomas has a daughter, Chelsea, known professionally as Chelsea Amber. She is a musician and singer who sang at her father’s ordination. She is also a teacher and lives in British Columbia.

Thomas will turn 62 this year. What’s in his future? Pastoring, business, retirement?

“Who knows? I really enjoy ministry in the Miramichi. It’s a wonderful place, although it has been hard on Colleen.

“Bottom line — I’m extremely grateful to my Dad, my parents and grandparents, examples of people who worked in the Church in spite of the impediments.”

Thomas Nisbett and his wife, Colleen on his ordination day in June 2015. (Submitted photo)

Thomas’s daughter, Chelsea, and father, the Rev. Canon Thomas Nisbett, joined him and Bishop David Edwards during his ordination to the diaconate in 2015.  (McKnight file photo)

Thomas Nisbett, left, enters Christ Church Cathedral for his ordination to the diaconate in June 2015 with his two mentors by his side — the Rev. Canon Albert Snelgrove in the foreground, and behind him, the Ven. Brent Ham. Both were his parish priest in Riverview for many years.  (McKnight file photo)

Anne Marie LeGrand over 1 year ago

I am getting to know Rev Thomas from my visits to Miramichi. But it is nice to read about his life journey that led him to the gentle and caring man of God he is...

Gail MacGillivray over 1 year ago

What a lovely article. I first knew Thomas from my work with the Province and a trade mission to Iceland!

Cynthia Derksen over 1 year ago

We have a wonderful God who sometimes does not take no for an answer!
Blessings in your ministry

Brenda Williston Desmond over 1 year ago

Really glad you made it to Bay du Vin Thomas! A God send really.....

Ric ashley over 1 year ago

Enjoyed reading this story of your life an your call to ministry.
I had the pleasure of meeting, talking to you, helping out at your outreach programs well I'm in New Brunswick. You may never know first hand on the impact you made on people's lives, but from what I've experienced your imprint is truly amazing. God bless you.

Andrew Broadhurst over 1 year ago

Very nice to catch up with your story from over the years...
It is nice that you have followed in your fathers footsteps, although indirectly! St Johns, Pembroke, the Sunday School and of course Burts Island are a distant memory!

Dan O'Brien over 1 year ago

A wonderful story of your life's adventure. I am proud of you and your accomplishments and a better person for having the pleasure of your friendship for these many years. Cathy thanks God for you being who you are "a ray of sunshine in everybody's life".

Patrick Guignard over 1 year ago

God always knows best. He took his time, but he finally put you where you can do his work best.
God does wonderful things through Thomas Nesbitt Jr. God bless you and your family.

Margot Margot Williston over 1 year ago

A beautiful & very interesting story!! I am so Happy that God's plan for you worked out in the end. We are so Blessed to have you at St, John the Evangelist!!

Frances Devost-Cormier over 1 year ago

I have certainly enjoyed talking to you when I have been home and I too share the same opinion as my sister Brenda. You have been God sent to this parish and they are so fortunate to have you. The Lord knows who he wants to serve his people and I am so happy that you answered the call. Look forward to talking to you again soon. Thanks Be to God!!

Paul Harney over 1 year ago