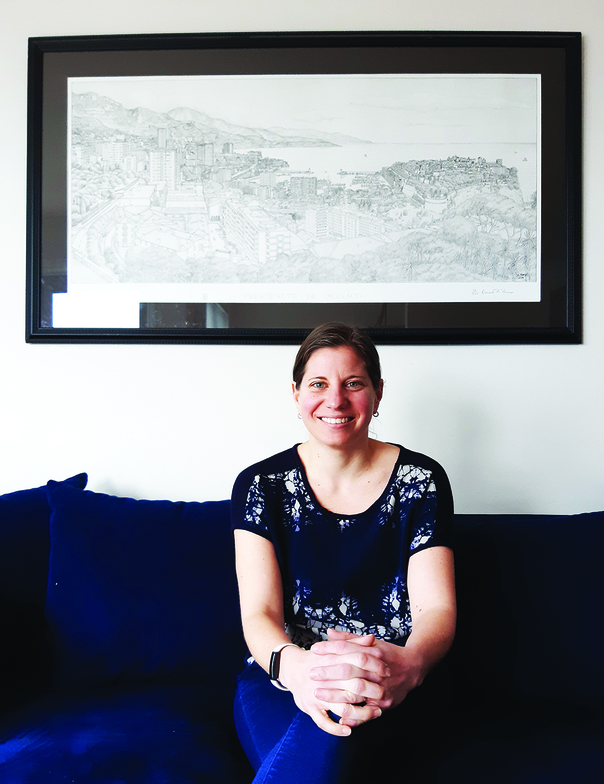 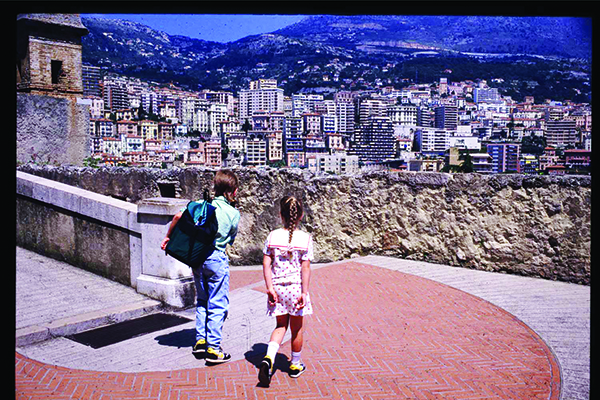 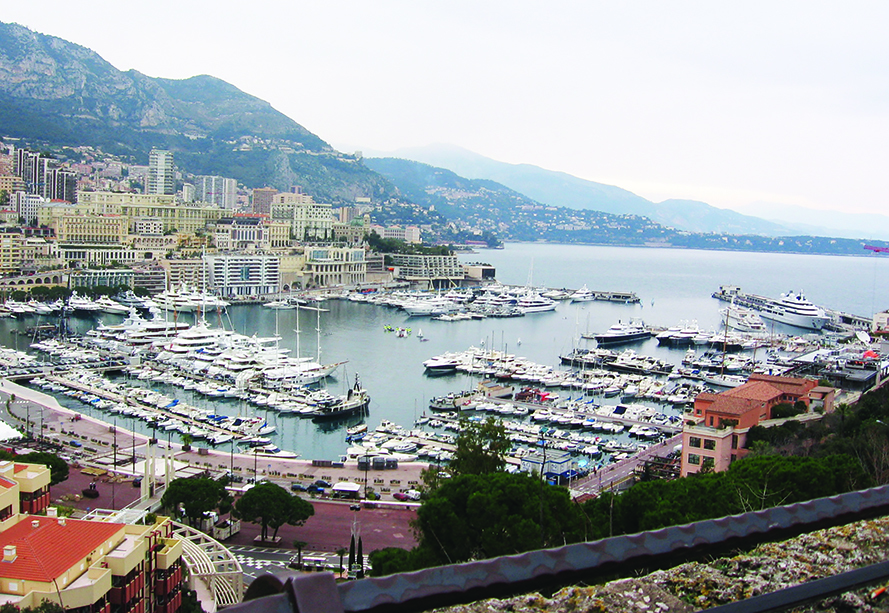 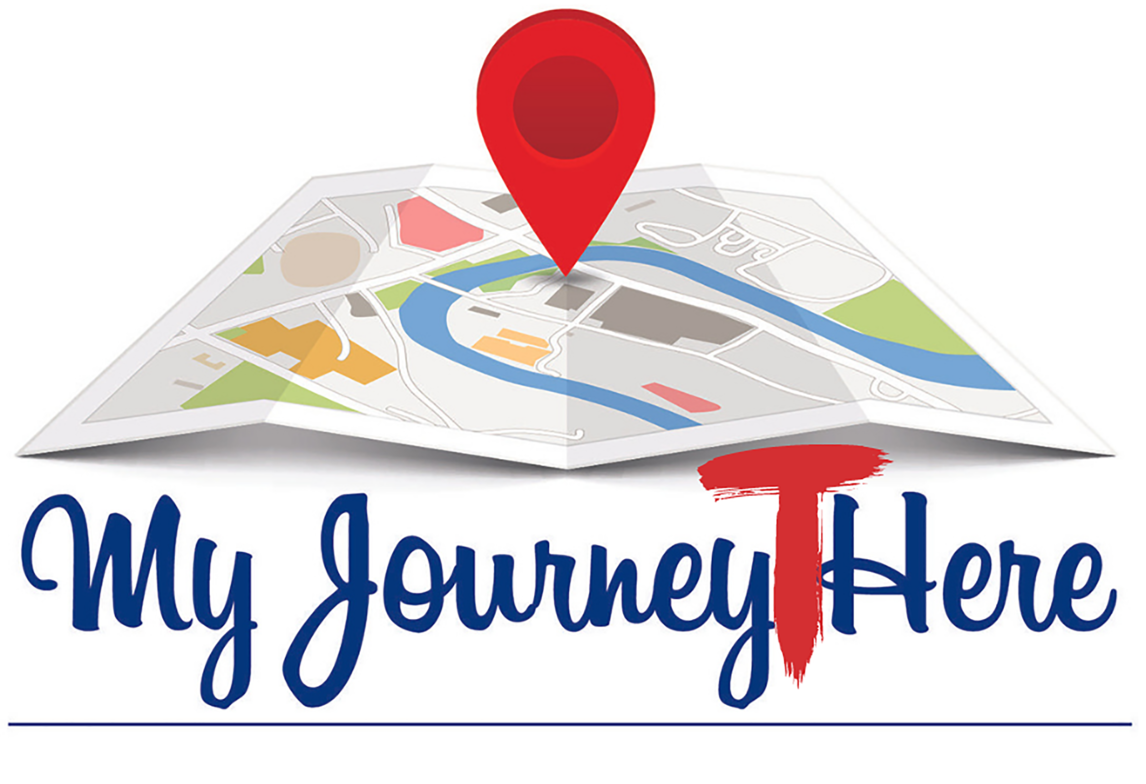 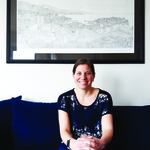 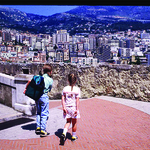 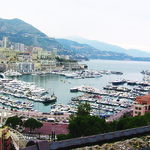 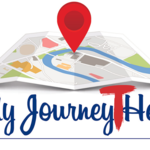 While the Rev. Jasmine Chandra was born in Cambridge, Ontario, she had a rather unusual — and at times, charmed — upbringing when her parents joined the mission field.

It wasn’t just any mission field. It was Monaco. Yes, that Monaco, the tiny, two-square-kilometre city-state, playground of the rich and famous on the coast of the Mediterranean Sea. Of its 38,000 people, one in three is a millionaire.

Jasmine and her family were among the two of out three. They lived in an apartment and she and her brother, Aaron, attended a French-language public school. Jasmine was just one when they arrived.

WHY MONACO?
What brought Steven and Barbara Shantz and their children to Monaco harkens back to the Second World War and the tiny principality’s perfect location.

“Hitler built a [radio] transmission site there just outside Monaco,” said Jasmine. “It could reach North Africa, Europe and Eastern Europe from that location.”

The Allies bombed the site, so the Nazis never used it, but later, Radio Monte Carlo rebuilt it. In the 1950s, Trans World Radio, the mission organization Jasmine’s parents joined, was searching for a location from which to reach beyond the Iron Curtain of communism into Eastern Europe, as well as North Africa.

“They were looking for places missionaries were not able to go because of the danger, so they found this site,” said Jasmine.

TWR used shortwave radio to spread the gospel, and the Monaco site needed the skills of Jasmine’s father, an electrical technician. That is why Jasmine spent 12 years of her life living on the French Riviera.

“My dad worked on the transmission towers,” she said. “He was never on the air.”

To check on his work, Steven would travel, as a tourist, to places like the Soviet Union, and call in with pre-arranged phrases after testing the signal. He would also smuggle in bibles, said Jasmine.

When the Soviet Union dissolved, the family’s life because less stressful. And when computers became a household item, her father transitioned to IT.

Eventually, the Monaco office was closed. It lost its significance due to changing geo-politics and increasing technology, though Steven is still with TWR.

“It’s very hard going from a luxury private yacht to anything else!” she laughed.

The warm climate produced snow only a couple of times during Jasmine’s childhood.

When the Shantz family was preparing to leave Monaco permanently, they sold their furniture. A poor artist came to look at their armoire, but he couldn’t afford it. In lieu, he promised a piece of art he was working on — a sweeping print of Monaco — and four years later, the print arrived in Canada. It now hangs in Jasmine’s living room.

BACK TO CANADA
The family moved to the Okanagan Valley of British Columbia when Jasmine was 13.

“Typically, the most marginalized people are the most welcoming,” said Jasmine. “I went from hanging out on yachts to hanging out in trailer parks. People are people.

But taking a young teenager from the only home she knew didn’t make for a smooth transition.

“I hated it. Thirteen is not a good age for that experience. I was falling in with the wrong crowd.”

But God pulled her through, and Jasmine successfully completed high school. As she graduated, her parents moved to TWR headquarters in North Carolina, and she went to Rocky Mountain Bible College in Calgary, where she earned a BA in religious education, with a minor in counselling.

During this time, Jasmine pondered her future, considering youth pastoring, counselling and other possibilities. On a bus ride home from visiting her brother, she was reading a book on spiritual direction.

Here Jasmine recounts a watershed moment in her life: “I had felt the Holy Spirit speak through the words on the pages, and when I turned the book over to learn more about the author, I ‘met’ my first female Anglican priest — Margaret Guenther.

“I stared at that picture of Rev. Guenther in her clergy collar for a long time. The thought slowly formed in my mind that perhaps I, too, could be an ordained priest.”

Jasmine shared her thoughts with others who affirmed what the Holy Spirit was saying. That led to her Wycliffe College in Toronto.

BECOMING ANGLICAN
Jasmine’s church exposure in childhood was what she called “various interpretations of Baptist.”

“When I moved to Calgary, I went to about 30 different churches, including a Mennonite Brethren church for six months,” she said.

But the influence of her Catholic friends, and her growing appreciation for liturgy, sent her to an Anglican Church across the street from her apartment. By the time she arrived in Toronto, it was with the expectation of becoming an Anglican priest.

Jasmine never felt called to the mission field as her parents had. In fact, the rich Monaco life prompted some career questions before Wycliffe.

“I went though a period of time when I didn’t want to do ministry,” she said. “I wanted to make money.

“That changed as I saw relationships fall apart, like with friends’ parents. I also saw how money shields people from reality. So then I didn’t want to be rich.”

THE FAMILY IN NB
Jasmine met Terence during the first month of classes at Wycliffe, and 16 months later, they were engaged. After they were married and graduated, Terence, from New Brunswick, wanted to explore options in his home province.

But in a smaller diocese, it’s difficult for clergy couples to work with or near each other. It took eight years for Terence and Jasmine to achieve that. In the meantime, there was interest from a few Toronto parishes, but Jasmine felt called to remain in N.B.

During their time as parish priests in Perth-Andover, Jasmine’s brother, Aaron and his wife, Shelley, came for a visit from Edmonton. A year later, they bought 50 acres in St. Marie de Kent, north of Moncton, and now operate L’hirondelle, a woodlot and organic garden. They have two young sons.

When Jasmine and Terence had Naomi, Jasmine’s parents moved from North Carolina to Saint John. In fact, they live across the street from their Chandra grandchildren, Sam, 11 and Naomi, almost five.

MINISTRY
Jasmine and Terence have had an interesting career as priests. They began as parish priests, but realized that was not the sort of ministry they felt called to. It took some serious prayer and soul searching, the thought of leaving the priesthood, and several years to map out their path.

It was unconventional, for sure. They approached then Archbishop Claude Miller with a proposal. They would be priests without a parish in uptown Saint John. Instead of ministering to a congregation, they would consider the people of the uptown peninsula — where poverty, victimization, crime and addiction are high — their congregation.

Funding and ministry parameters were worked out, and since 2014, they’ve simply been present, lending a hand, getting to know the agencies, churches and people of the uptown, and partnering with Stone Church and Trinity for space to hold drop-ins, mentoring, bible studies, and language classes for newcomers. They call their ministry Pennies & Sparrows.

“Moving out of the rectory and into an apartment in the uptown, it felt like we were jumping off a cliff,” said Jasmine. “But we have no regrets. It’s all worked out. We feel we are doing what we are meant to do.”

Since July 2020, they’ve held, between them, a half-time position at Stone Church as priests-in-charge, and they split one full-time position with Pennies and Sparrows.

The diocese, Stone Church, several parishes and ACWs, and a long list of private donors — old friends, those they met in seminary, and even newcomers Terence has taught English to — all help fund Pennies and Sparrows.

While some years have been tight, donations are enough that they have no financial worries for their ministry.

For Jasmine, that stability is God keeping his word.

“That was my deal with God,” said Jasmine. “I didn’t want to be begging for money. I never wanted to be in that position. I grew up in the mission field. But we’ve never had a single year where we didn’t reach our goals.”

Now the priest who grew up next to the rich and famous is using some of the lessons learned there to help fulfill her ministry in Saint John.

“Those years helped me to navigate social situations, both with people who have, and people who have not,” she said. “Because of my upbringing, I value community. I pay attention to non-verbal cues. Those skills are valuable in ministry.”

Now when she walks to work, from their home on the lower peninsula to Stone Church at the other end, she has to build in an extra 15 minutes for chats along the way, and she’s just fine with that.

“We know everyone, from the panhandlers on the street, to the mayor, the MLAs and the MP.”

PHOTO CAPTIONS:
1.  The Rev. Jasmine Chandra in her living room in Saint John. The print behind her is from an artist in Monoco who traded it for the family's armoire. McKnight photo
2.  Siblings Aaron and Jasmine in Monaco.
3.  Monaco, at two square kilometres, sits on the Mediterranean Sea between France and Italy. Its strategic location led Jasmine and her family to live there for 12 years.
4.  My Journey There chronicles the lives of Anglicans in the diocese who have spent time far afield.

We are so blessed to have Jasmine and Terence in our Diocese!