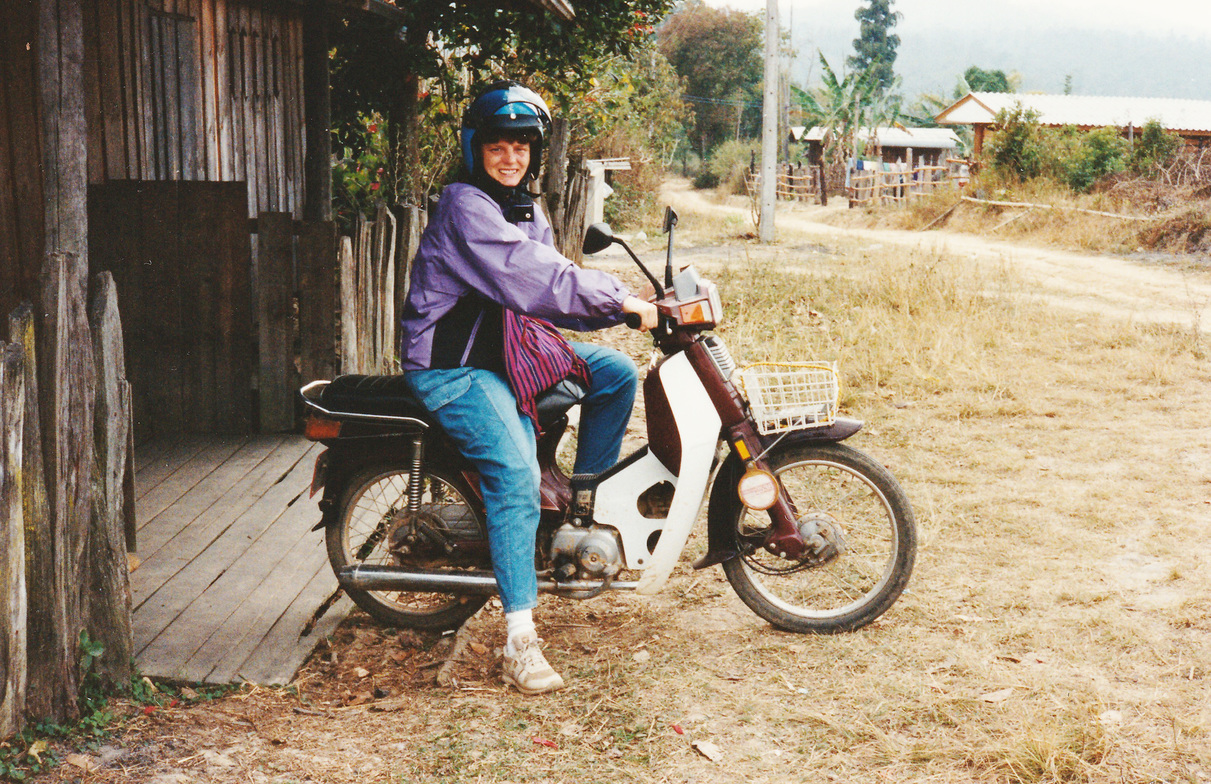 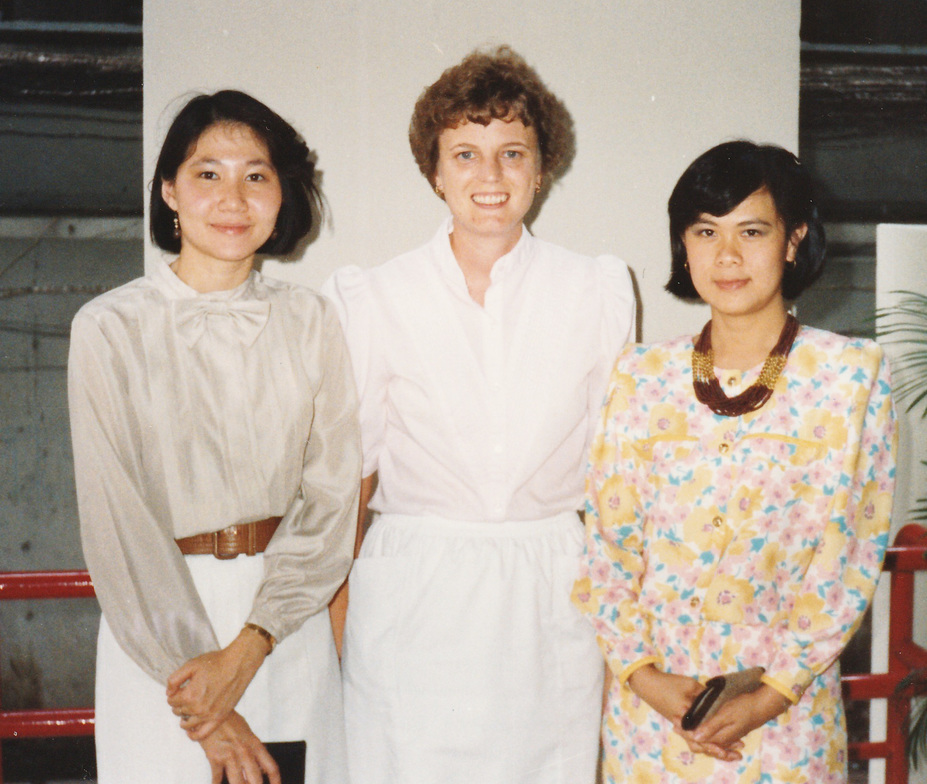 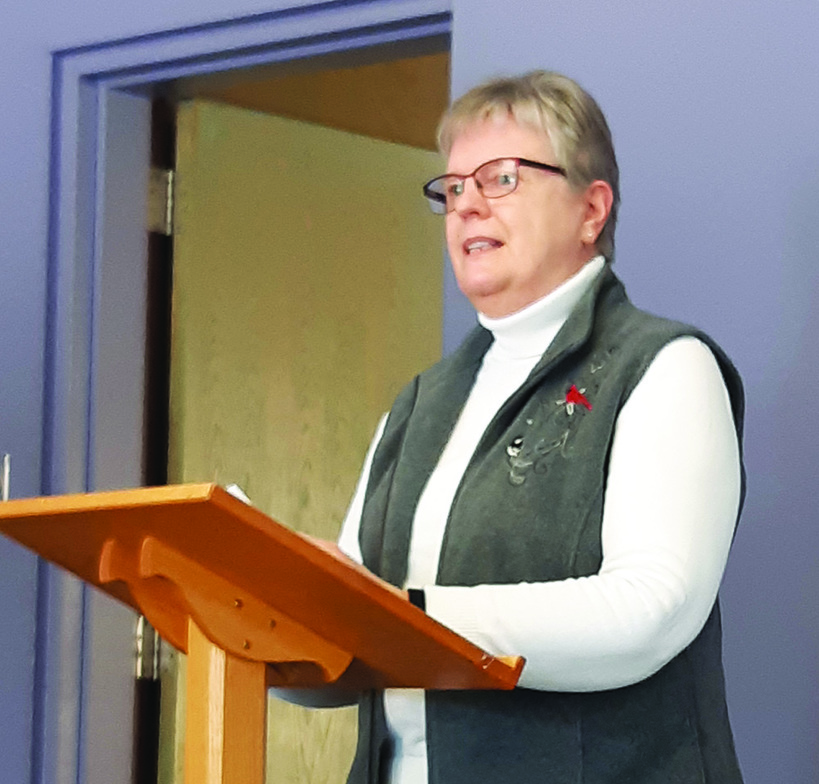 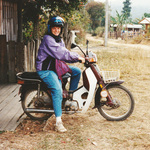 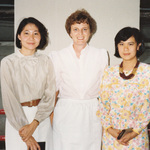 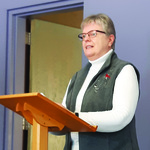 For about 18 months, the New Brunswick Anglican has been publishing the stories of parishioners who began life far away in a series called My Journey Here.

But with this story, we highlight Nancy Stephens, whose story might well be called My Journey There, because she spent much of her life far away from home.

Her years were spent in northern Thailand, where she learned not one, but two new languages, and went on to work on a team that translated the New Testament into one of those languages. That was in addition to her time spent living in a village, working to share the gospel.

BEGINNINGS
Nancy grew up in Blackville on the Miramichi River. After graduation, she went on to study arts at the University of New Brunswick.

“I was raised in the Anglican church but didn’t come into a personal faith in Christ until I was at UNB,” said Nancy. “It impacted my life on every level, including what I wanted to do with my life.”

Part of that impact saw her leave UNB after two years to attend Prairie Bible College in Three Hills, Alberta, where she earned a Bachelor of Biblical Studies.

When her program finished, she found herself back at UNB, entering the Faculty of Education, and graduating in 1979 with a Bachelor of Education.

With no teaching jobs in the province, she happily accepted an offer from Prairie Bible College to teach in its Christian school.

“I taught English for six years, and I loved it,” she said.

‘STIRRING MY HEART’
Along the way, though, the idea of overseas ministry slowly began to creep into Nancy’s focus. In 1973, she attended Urbana, an inter-varsity Christian fellowship conference where cross-cultural ministry was the focus.

“I responded by dedicating myself to it — if I was called,” she said. “It took me several years to discern if, indeed, God was calling me.”

During that time, she learned a great deal more about mission work around the globe.

“I continued to say, ‘yes, Lord, I will go if you want me to’ but I didn’t have any clear guidance.”

While teaching in Alberta, she began attending a monthly prayer meeting run by OMF International – Overseas Missionary Fellowship. She learned about the organization and prayed for its workers.

“One night at a prayer meeting, someone shared a need for workers in northern Thailand,” said Nancy. “I felt like God was stirring my heart. This was the guidance I was looking for.”

It took a couple of years to sort it all out, but Nancy left for Thailand in 1986 to be a church planter, not that she had any experience planting a church.

WORKING IN THAILAND
The first thing Nancy had to do upon arrival was learn the language.

“I studied Thai for two years, first in Bangkok, then I moved to the largest city in northern Thailand, Chiang Mai.”

In her new city, Nancy lived in total immersion with four Thai women. None of them spoke English.

Then it was time to move ahead with preparations to live and work among the Pwo Karen people, a designated minority group. But there were two roadblocks.

The first was the Pwo Karen people are animists, who believe spirits control everything. They fear these spirits, and spend their lives appeasing them with animal sacrifices.

“All of life is tied into keeping the spirits happy so you can live your life,” said Nancy.

The other roadblock was the language of the Pwo Karen.

“In order to share the gospel, I needed to speak their language, so I started over,” she said.

She found help in the form of a Christian man named Dee Kheng, who was a translator for another missionary in a small Thai town close to some Karen villages.

But all this language learning was frustrating to Nancy. She was there to be a missionary and she felt unfulfilled in that role, mainly because it hadn’t really happened yet.

“I had lived in Thailand for more than three years and I had yet to live among the people God was calling me to live with.”

OMF found her a spot in a small Karen village, though she would be there alone, which was unusual for OMF, but Nancy was eager.

“Finally I was living among the people!” she said. “It was what I needed.”

There was a small group of believers in the village who attended services with Nancy. She taught Sunday school, held adult literacy classes and made connections among the people.

By 1990, it was time for her year-long home assignment, once known as furlough. It was a time to reconnect with family, friends and supporters, raise money and return for another term of missionary work.

Still, she continued on, grateful she was doing what she felt was her calling.

TRANSLATION
Two years later, she was asked by OMF to join a bible translation project.

“It was an answer to prayer,” she said. “It was very task-oriented. It fit my personality better. And it meant I would be working with others.

It also meant a move back to Chiang Mai, where she would help translate the New Testament into the Pwo Karen language.

But she was the go-between, not the translator. Such a position is reserved for a native-tongue speaker, and her translator turned out to be her old friend, Dee Kheng.

“He was very gifted in terms of understanding his own language,” said Nancy. “At the time he had about a Grade 2 education.”

Nancy’s dream job lasted four years, until 1998, when, after a few angry conversations with God, she realized it was time to go home.

BACK TO BLACKVILLE
“I came home to care for my parents,” she said. “I moved back in with my parents in Blackville in my mid-40s.”

But Nancy still needed a job. She was offered a role as OMF’s Atlantic representative, which included travel within the four provinces, speaking engagements and recruitment.

While she enjoyed meeting people and speaking, once again, it did not give her the results she longed for, and she was restless.

“I was praying to God, ‘what can I do?’ I didn’t find it very fulfilling.”

It was in 2004 that God handed Nancy her final dream job: a role in OMF’s personnel department as its candidate co-ordinator for Canada.

It had all she wanted: defined tasks, meeting people, some teaching and mentoring, and it all relied heavily on her field experience in Thailand.

She accepted the position with the condition that she stay in Blackville, rather than move to OMF’s Canadian office in Scarborough. She blazed a trail as OMF’s first home-based head office employee.

Her job was to screen, select and conduct pre-field training for new workers, “and I could do all that from my home in Blackville,” she said, thanks to the internet.

Over the next 15 years, she sent 130 missionaries into the field, and travelled throughout Asia — Singapore, Indonesia, Vietnam, China, Japan and Taiwan — to attend meetings and view progress.

Nancy retired in 2019 and now lives in Fredericton, worshipping at St. John the Evangelist Church. She just finished a stint as chair of the diocesan Mission and Outreach team that presents the Christian Forum speakers several times a year.

Her parents have passed on, but she has sisters in the city, and brothers in Riverview.

AN ENRICHED LIFE
Life as a missionary deepened Nancy’s faith in God.

“There were lots of times I felt totally overwhelmed and that forced me to lean on God. He’s been faithful to me every step of the way.”

Nancy has amassed a wide range of friends all over the globe, many of whom live in Thailand.

“It enriched my life to live in a cross-cultural setting, to live among people so different from me. It has given me a greater outlook,” she said.

Such a life has also come at a cost — lost time with family, especially when her nieces and nephew were growing up, and the financial security she might have enjoyed had she never left Canada.

Still, she doesn’t dwell on what she might have missed.

“I have absolutely no regrets,” she said. “God has been faithful.”

What is OMF?
• The Overseas Missionary Fellowship, known as OMF International, has 18 offices worldwide, all focused on cross-cultural work in East Asia. The international headquarters is in Singapore. The organization serves in 14 East Asian countries.

•  OMF is an interdenominational, evangelical faith mission which relies on donors to do its work.

•  It was founded in 1865 by Hudson Taylor, who was a pioneering missionary in China. It was originally called the China Inland Mission.

•  When China became communist, the mission was forced to leave. Instead of closing, it broadened its geographic focus and changed its name.

Photo captions
1.  Nancy Stephens on her main form of transportation in a Pwo Karen village in 1991.

2.  Nancy Stephens with teachers from Union Language School in Bangkok in 1987.

Jerry and Eva Stewart 6 months ago

It was so nice to ready about your Christian Journey, it was very interesting. Although we did not know you personally, we knew Harry and Deidre (your parents) very well. Harry attended lodge with me on many ocassions and Deidre was usally at the ACW deaneries that Eva attended. They were a wonderful couple and we have some great memories of them. Harry also donated a chair to our lodge here in Carrolls Crossing and it has a plaque on it showing that he donated it. I wish you all of God's richest blessings as you continue on your Christian Journey. One can never go wrong when we walk with God, he is ever faithful. God Bless You

What an inspiring article. I have known and admired you for years and didn't know half of what you told us. Now I admire you even more.

Thank you for sharing. I thank God, the Prairie Bible Institute, Urbana Missionary Conference, Inter-Varsity Christian Fellowship, Overseas Missionary Fellowship [OMF], old and young missionaries, prayer groups, Bible translation workers, and even the Anglican Church for you. You made a lasting missionary impression during several visits to the churches that I served in Nova Scotia. I still treasure your gift of a Pwo Karen New Testament.
God is faithful and God still seeks people, like Nancy, to follow Jesus to the ends of the earth.
Don Shephard,
OMF Community Engagement Team for the Maritimes.