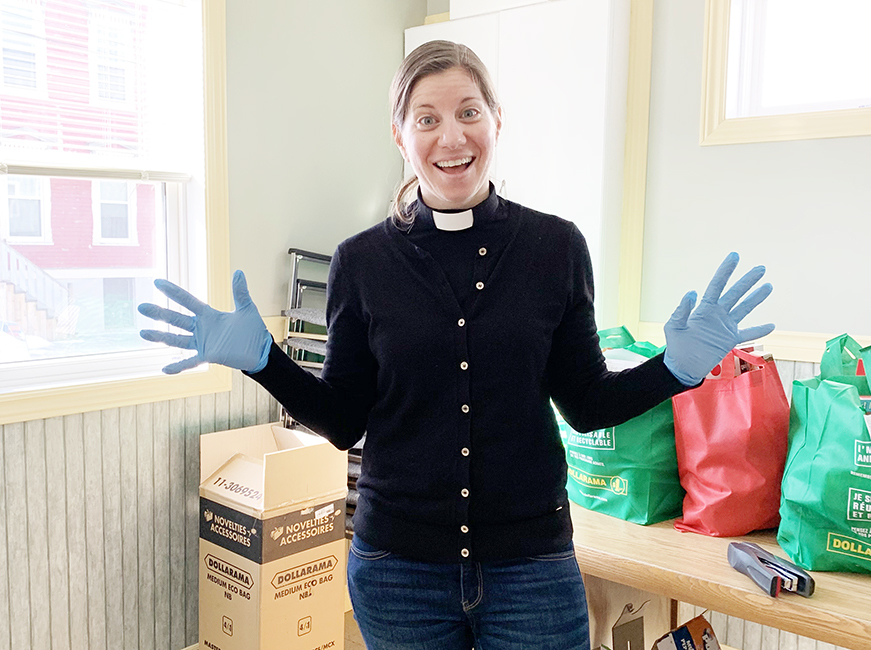 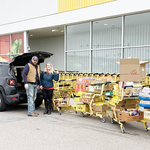 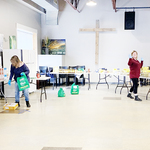 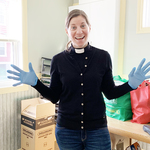 When schools closed indefinitely on March 13, Erin Rideout had an uneasy feeling. The Saint John group she leads, Inner City Youth Ministry, feeds school children in three priority neighbourhoods in the city through the week. Would the children get a lunch at home?

“I spent the weekend running on adrenalin and coffee,” she said on March 17, adding she and others brainstormed ways to bring food to children at home. “Families were unprepared for the school closure,” she said. “Also, family members were being laid off. So we’ve got extra need on top of the huge needs in Saint John for food security anyway.”

By Monday, $7,000 had been raised for ICYM and its partner, PULSE (People United in the Lower South End), via an online campaign begun by realtor Bob McVicar. That proved to be the fuel to launch a feeding program.

On Monday, a fleet of volunteers packed 550 bagged lunches.

“We came up with the plan at 9 a.m. and started packing bags at 11 a.m.,” she said. “Normally it would take weeks to plan, but in crisis mode, it took us an hour. That’s the thing with grassroots organizations!”

Erin and the others were prepared to continue five days a week, “but last night we realized that was not really going to work,” she said on March 17. Trying to sustain that effort when many of the volunteers were elderly, themselves needing to take extra care, while wanting to limit the number of people in contact with the food, were determining factors.

“And yesterday we realized people are afraid to leave their homes,” said Erin. “They’re not comfortable coming to get [the lunches].”

Bringing food to doorsteps was Plan B, and to say that has worked well since is an understatement. Since this crisis feeding program began, they’ve moved twice due to space requirements. They’re now headquartered at the Vineyard Church in the city’s South End. As well, a half dozen community groups have joined the efforts as well.

“A lot of different organizations have stopped what they’re doing to help us,” said Erin. “It’s a collective. The Boys & Girls Club are now our delivery drivers. We’ve essentially moved to a staff model. By having staff instead of volunteers, we limit the number of contacts.”

It’s a way for the organizations to continue their community action and keep their staff employed. And everyone has already been vetted to work with vulnerable populations.

The group has expanded beyond the three priority neighbourhoods of the Old North End, the South End and Crescent Valley. Now the entire city is included, and they’re beginning to meet needs in the neighbouring suburbs.

“It’s for anyone who needs it,” she said. “We’re taking the food to them, packing bags based on the size of the family.”

Foods include such things as pasta and sauce, beans, granola, milk, cheese, bagels, cereal and fruit. Everything is tracked on a spreadsheet: names and addresses, size of the family, who delivered the food and the date on which it was delivered. People simply contact PULSE or ICYM, give their family size and address, and food will be delivered.

Three days a week, the group spends $1,300 on groceries, then staff get busy packing shopping bags according to the size and age of family members. Statistics are recorded and drivers leave to deliver the food. It’s a team of about 15 keeping Saint Johners fed, and the need keeps rising.

Though they’ve been the recipients of several corporate and individual donations and a United Way grant, money is in short supply.

“We’re very much still in need of cash,” she said. “Especially if this goes beyond an eight-week program.

“The big thing I’m seeing is that people are really fearful and anxious,” said Erin. “I see my role, and the church’s role, to ease fear. It can be as simple as saying ‘food shouldn’t be your worry right now.’”

STATS: In 10 days, 566 packs of food were delivered, enough food for 1,750 individuals. Each pack yields a minimum of 10 servings. Therefore, a minimum of 5,660 meals were provided in the 10-day time period.

PHOTO CAPTIONS:
1. Shopping for food is a major task.
2. Packing grocery bags inside the Vineyard Church in Saint John's South End.
3. The Rev. Jasmine Chandra was a volunteer early on.