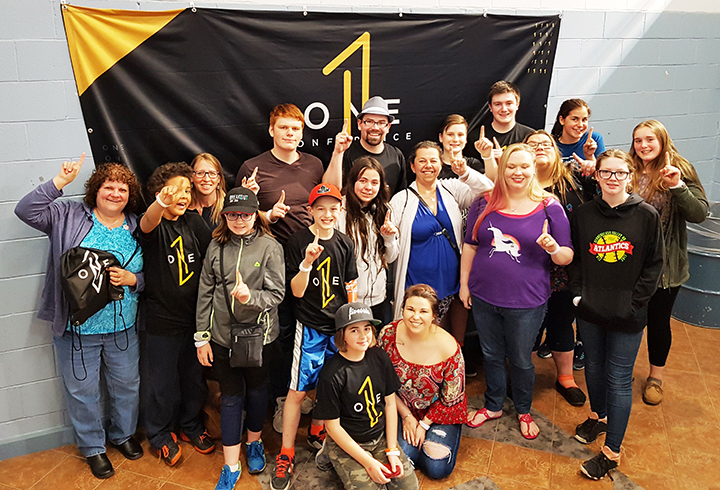 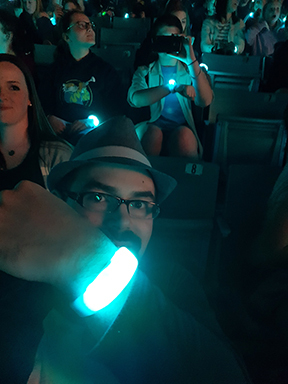 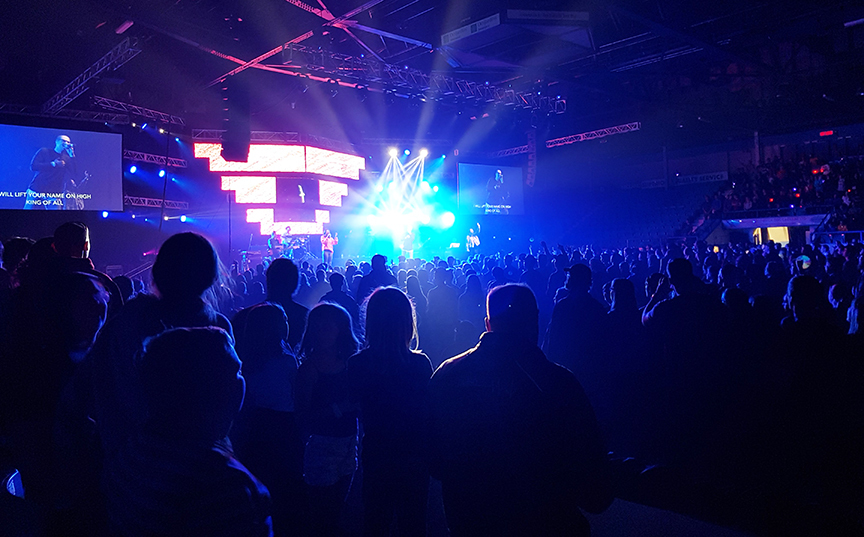 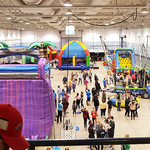 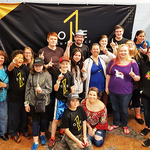 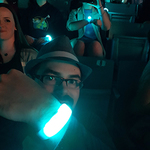 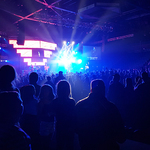 On May 11 and 12, more than 50 Anglicans from four parishes joined 2,300 other youth and leaders at the first annual ONE conference in Moncton.

ONE is an inter-denominational youth conference for youth and leaders to get together and worship, unite and live under ONE God.

The ONE conference was a combination of two previous youth conferences, one from the Baptist Conference called Springforth and the Wesleyan Rally in the Valley. Both served youth and leaders for decades and often the same youth attended both.

The leaders of the two groups decided to join forces for “a regional event that inspires and equips students to unite as one body, under one God, for one mission.” And ONE was born!

The conference was held at the Moncton Coliseum. It was amazing to see 2,300 youth and leaders gather together. Friday night included the band Mosaic MSC, Harris the III (illusionist) and first keynote speaker Clayton King, an evangelist from South Carolina.

Clayton was an amazing speaker and showed us how we can have a relationship with God. At the end, he had everyone close their eyes and he prayed and invited anyone who hadn’t accepted Jesus before that night to stand up and accept him, and over 1,000 youth did. It was an amazing experience.

St. George’s Anglican was a big help. They allowed the Anglican groups to spend the night on their church floor and provided us with a great breakfast. It was a short sleep as Saturday was a fun-filled, packed day that included keynotes Danielle Strickland from the Salvation Army, talking about how the Holy Spirit fills you and how you can be used by God; and Jason Ballard from Youth Alpha discussing how you can serve in your schools and communities.

Workshops for high school students and their leaders took place at Crandall University while middle schoolers and their leaders stayed at the Coliseum. Saturday afternoon was open free time which included a large Activity Zone with bouncy castles of all shapes and sizes, bungee jump, rock climbing, archery tag, laser tag, and so much more. Some groups signed up for one of the trampoline parks in Moncton. It was great for both youth and leaders.

During lunch, John Galbraith and the YIG team organized a barbecue in the parking lot. A big thanks goes to John. This was a great plan — as you can imagine 2,300 others trying to find lunch at the same time.

If I could sum up the ONE conference in one word it would be inspiring. I led the Nerepis and St. John parish who took 18 youth and leaders and it was amazing seeing the youth engage and immerse themselves in the conference.

We had a mix of middle and high school students, and the conversations that arose from the conference were meaningful and worthwhile. The majority of the Nerepis and St. John youth enjoyed Clayton King’s keynote the best. He had some very well-illustrated, memorable stories.

One of the coolest aspects of the conference was that each participant received a Fitbit-type wristband that lit up in multiple colors during the gatherings. It was often synced to the music or one’s movement during the large group gatherings.

Overall, the conference was amazing and organizers have decided to continue with ONE 2019! I hope more parishes participate. Even though it is a youth event, the leaders take part and get something out of it as well. You will be hearing about ONE 2019 from the YIG team in the coming months.

Jason Smith is the chair of YIG — the Youth & Intergenerational Ministries team.

Ministries
Youth & Intergenerational
Comments for this post are now off.