Our bishop becomes an archbishop 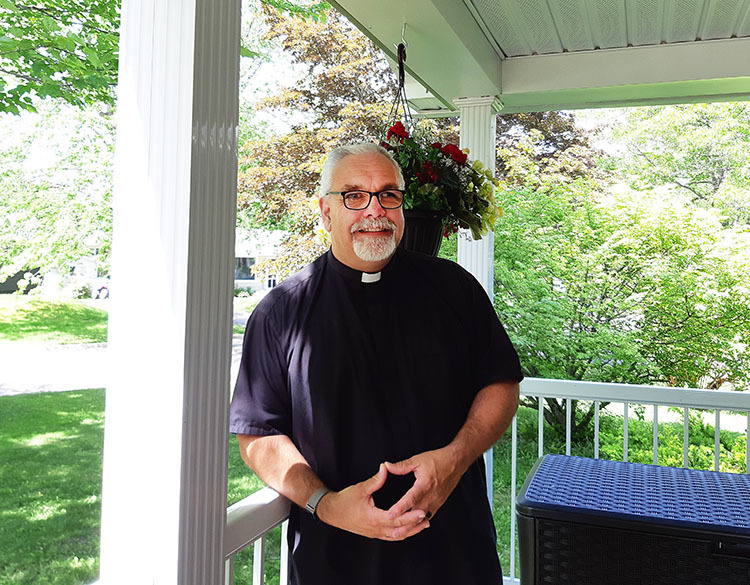 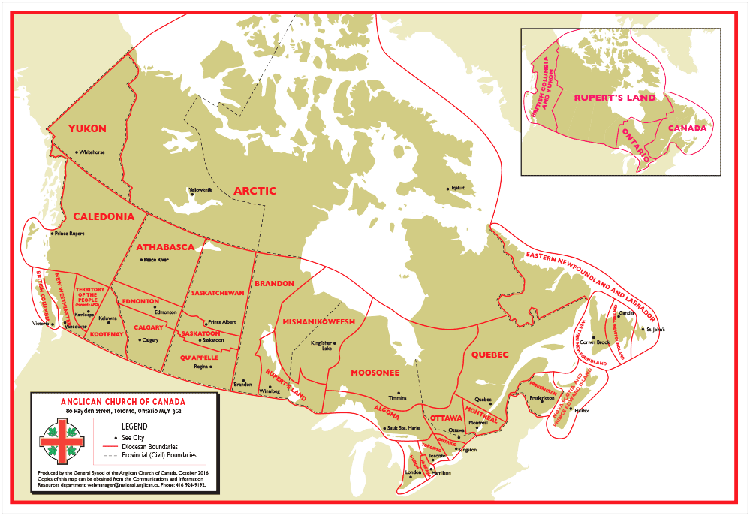 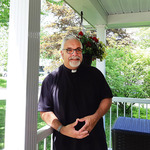 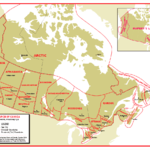 The Rt. Rev. David Edwards, Bishop of the Anglican Diocese of Fredericton, has been elected Metropolitan of the Ecclesiastical Province of Canada. The Province announced the news June 17.

“I’m looking forward to being able to serve in this new role both within the Province and nationally,” said Archbishop-elect David.

The election became necessary with the retirement of Archbishop Ron Cutler, bishop of the Diocese of Nova Scotia & Prince Edward Island and current Metropolitan.

Despite its name, the Ecclesiastical Province of Canada’s region includes the Dioceses of Montreal, Quebec, Fredericton, Nova Scotia and Prince Edward Island, Western Newfoundland, Central Newfoundland, and Eastern Newfoundland and Labrador — much of the land from Montreal eastward.

David, 60, was chosen by three groups of delegates: bishops, clergy and laity, and was elected on the third ballot. He will be known as the Most Rev. David Edwards. The role is effective Aug. 1 until he retires or resigns.

As for a ceremony, the effects of COVID-19 will dictate when that happens, though it will likely take place during the installation of the not-yet elected new bishop of Nova Scotia and Prince Edward Island. That election is planned for September.

In explaining what led to this change of title and increased responsibility, David said, “Every bishop has to allow their name to stand and write a vision of ministry for the Province of Canada.”

His vision, he said, is difficult to perceive due to the pandemic’s effects, but “the National Church appears to be making strides towards a more missional approach, and I’m almost certain the Province of Canada will be playing a role in that.”

The roles of archbishop are to chair provincial synods, call provincial meetings, consult with other archbishops across the country and with the primate, and be involved with the discussions surrounding the future of the Anglican Church of Canada.

“I’ll probably have a few more meetings to go to, but really, it’s a continuation of my role as bishop of Fredericton, which will continue to take up most of my time,” he said.

“I want to offer my congratulations to Bishop David on his election as the next Metropolitan of the Province of Canada,” said Archbishop Ron. “In my time as Metropolitan, I very much enjoyed getting to know people throughout the seven dioceses which are our Province.

“I wish Archbishop-elect David every blessing as he assumes leadership of the Ecclesiastical Province of Canada.”

Debbie Collicott Edwards, married to David for almost six months, is proud of her husband and his new role.

“I’m not surprised at all,” she said. “Whatever role David is asked to fill, he’ll do it with grace, dedication and conviction. David does things with integrity.”

There are six Anglican archbishops in Canada, mostly based on geography: Canada (as noted above); Ontario; Rupert’s Land (the Prairies); British Columbia & Yukon; the National Indigenous Archbishop; and the Primate (head of the Anglican Church of Canada).

Malcolm and Anne 3 months ago

David and Debbie: We are absolutely delighted by your new appointment as Archbishop. Love Debbie's profound response, to which we say Amen!
Anne says Wow!
Assuring you of our ongoing love and prayers

David,
Many congratulations on your elevation may you find a few more Eagles to keep you company in your widened circle of fellow Anglicans.
Jackie and I are returning to live in the UK (Dorchester) in early September so we probably won't see you before we leave. We wish you every success in your new role. It has been our great pleasure to have known you here.
Brian and Jackie

Your (soon-to-be) Grace,
Congratulations on your election as Metropolitan of the Ecclesiastical Province of Canada.
Robbie

Karman and Valerie Hunt 3 months ago

Congratulations. We are so pleased for you and wish you blessings as you accept this new role. We are sad to see Ron retire as we knew him from Cape Breton but are pleased for him and you. Take care.

Congratulations on your new appointment as Archbishop (elect) of the Anglican Church of Canada. I received the news from Church Army this morning. Every blessing and our prayers as you prepare for your new role, and of course for Debbie. Robert & Janice

Congratulations David! Never imagined you would end up being an Arch Bishop when. Especially when me and my bro Andrew were kids... you were funny man with a beard then.... still are but with a cool title now.

My kids thought I was joking earlier when I said my God Father is the Arch Bishop!

Steve Murphy about 1 month ago