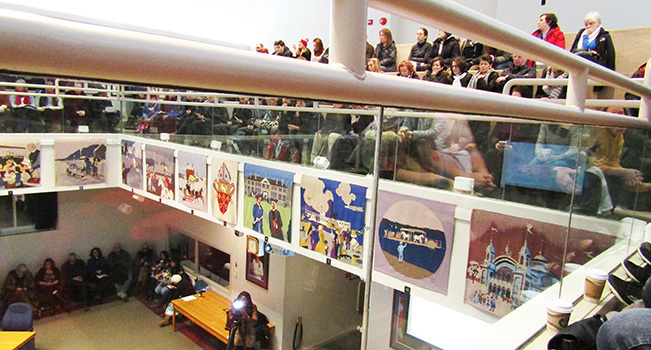 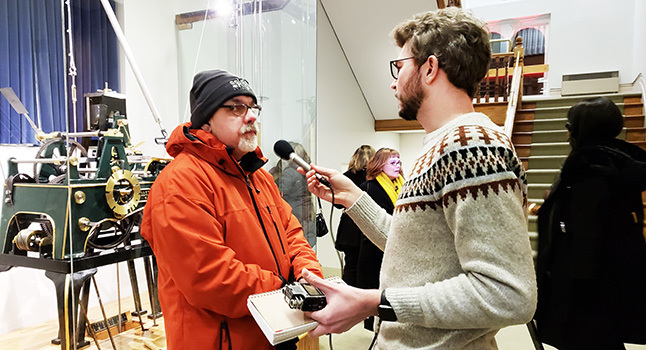 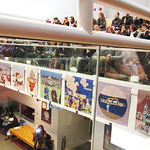 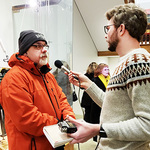 About 90 people crowded into the gallery at City Hall in Fredericton Dec. 12 to hear the Planning Advisory Committee vote on whether to allow Bishop’s Court to continue operating as an emergency shelter.

After about 10 speakers, all of whom except one spoke in favour of the shelter, the committee voted unanimously to allow the variance. That means the 20-bed shelter will continue to operate until March 31 in the large house designated as the bishop’s residence at 791 Brunswick St.

Bishop David Edwards had offered the empty house to the Community Action Group on Homelessness in November as way to alleviate the urgent problem of people sleeping outside in Fredericton as winter came on.

Faith McFarland, who runs CAGH, applied for the variance in late November after it became clear, despite assurances from the city, that Bishop’s Court would not open as planned on Nov. 29 due to zoning issues.

That led to the city asking the province for a letter of indemnity to allow the house to operate in violation of zoning rules until the PAC meeting on Dec. 12. It granted the request and the shelter opened temporarily Dec. 1.

City staff reluctantly recommended to PAC that a one-time variance be granted, with several conditions, making the committee’s decision easier. The conditions included a monthly meeting with neighbours, a telephone number they could call with concerns, operational hours from 8 p.m. to 7:30 a.m. daily, the provision of a smoking area and daily inspection of the grounds.

Faith made a presentation at the PAC meeting, where she noted that in the 11 nights open, there had been 35 different people who spent 191 collective nights in the beds.

Also in the 11 days, there had been zero ambulance calls, zero police interventions, zero bylaw enforcements, and zero direct complaints. There had been, however, 18 letters of support from neighbours, and 120 volunteers had come forward. Volunteers plus two shelter employees are at the house each night. The workforce is backed up by two registered nurses and one social worker.

Two clergy from the local United Church of Canada spoke in support of the shelter. A few people, some homeless and some formerly homeless, also spoke.

“We are all just a tragedy or a loss away from experiencing this issue,” said one young woman. “People just need hope and help. You are in a position of power right now to change lives.”

A veteran of the Canadian Armed Forces, Valerie Chabassol is now a student of photography. She described how she’d spent the past two months taking photos of the homeless population in the city. She held up large prints of the photos as she spoke to the committee.

“Everybody deserves to sleep in a bed at night,” she said. “These are the people I’ve grown to love.”

Two neighbours spoke in favour of the shelter, while one, who lives next to Bishop’s Court, expressed misgivings.

“All of a sudden, it’s like living next to a 40-unit apartment building,” said Catherine McCain. “Since day one I’ve been picking up empty bottles — not liquor bottles, just mouthwash. I’ll pick up the bottles. But I can’t see the needles.”

She fears for her daughters, and asked why people can’t sleep in city hall or the public library at night.

Bishop David was in attendance but did not speak. Afterwards he was widely interviewed as several media outlets were on hand to report on the decision.

“I’m glad the PAC was able to grant the variance for Bishop’s Court. This is a good outcome for the homeless in the city,” he said.

“But we should also get ourselves into a place where this conversation doesn’t have to happen again at the end of 2019.”

He was referring to the need for more affordable housing in Fredericton, known for high rents and low vacancies. The average rent for a one-bedroom apartment is $710, while a single person on income assistance receives $537 a month.

The CAGH has been working to build micro homes on small, unused pieces of land in an effort to alleviate the high number of people needing emergency shelter. That initiative continues.