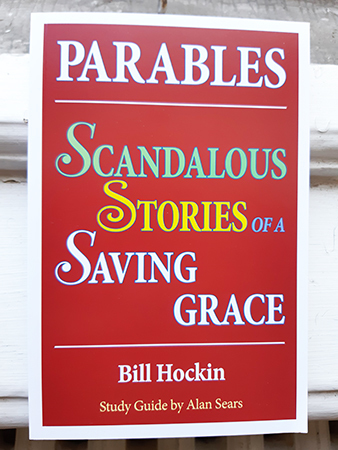 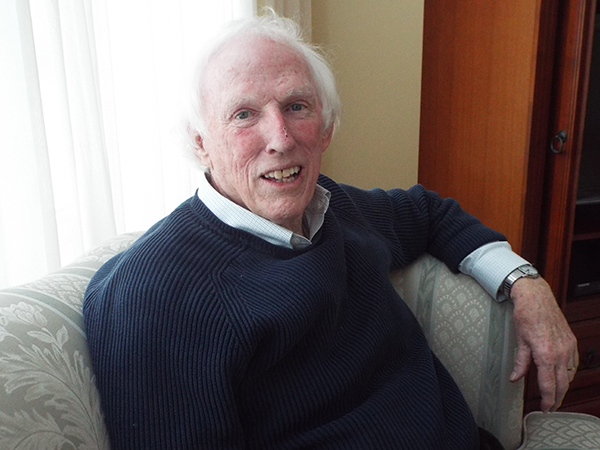 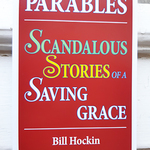 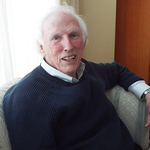 For several years now, whenever retired Bishop Bill Hockin published a book, he’d preface it with these words: “This is my last one!”

“I won’t say that again!” he said in showing off his latest and 10th book called Parables: Scandalous Stories of a Saving Grace.”

The book has been several years in the making. It’s a combination of some of his Lenten talks and information he’s gleaned over the years from several books by favourite authors.

“I’ve been working at it, reworking it and even rewriting,” he said. “All these books come out of my talking ministry.”

His ‘talking ministry’ is the very popular Advent Talks and Lenten Talks he holds each year in Fredericton.

Bill has a fondness for parables and described them as ‘gold mines.’

“The more you read them, the more you find new things,” he said. “They are Jesus’s own stories.
“You get a feel for his heart, and it’s never comfortable.”

He used the example of The Good Samaritan to illustrate the discomfort employed to make the points.

“Often when it’s preached, the emphasis is on the Good Samaritan, but we forget about the other two guys — the bishop and the archdeacon — who knew what to do according to the scriptures. It’s religious failure and a lack of compassion.”

He cited New York Times columnist David Brooks, who wrote about parables, saying, “The parables of Jesus puncture the pretention of those who believe they are superior to others.”

The book has a study guide with questions by Alan Sears, who readers might remember as the speaker at last year’s Christian Forum. With the study guide, it’s a great book for use in small groups, said Bill.

“My books are not deeply theological, but they are pastoral,” he said.

As is the case with the bishop’s books, this one is financially supported by the Fredericton Christian Forum.

“This is paid for by the revenue from the last book. I get nothing,” said Bill, adding that when there is money left over, it goes to needy non-profits in the Fredericton area.

Parables: Scandalous Stories of a Saving Grace is available at Westminster Books and The Lighthouse in Fredericton, or from Bill directly.

The Bishop
Past Bishops

Congratulations Bill. Glad you continue to use your God-given gift.