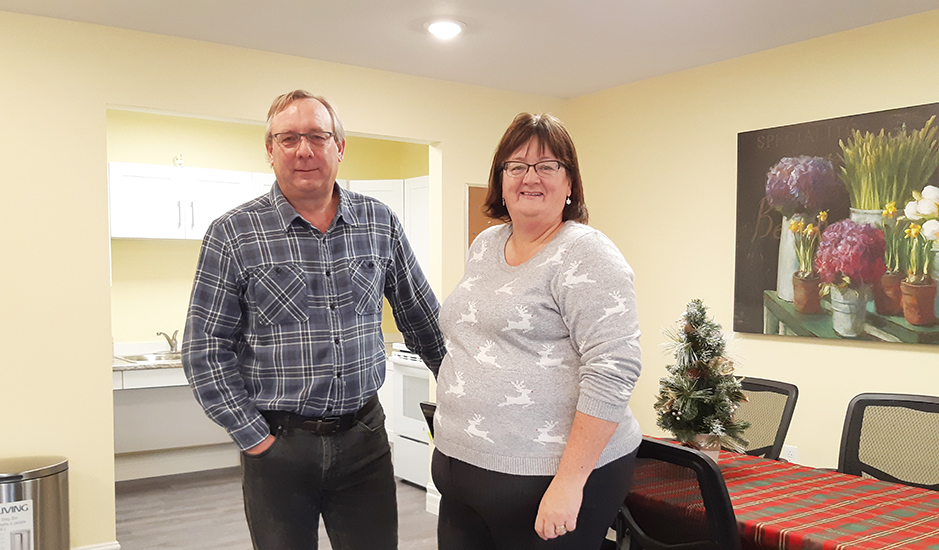 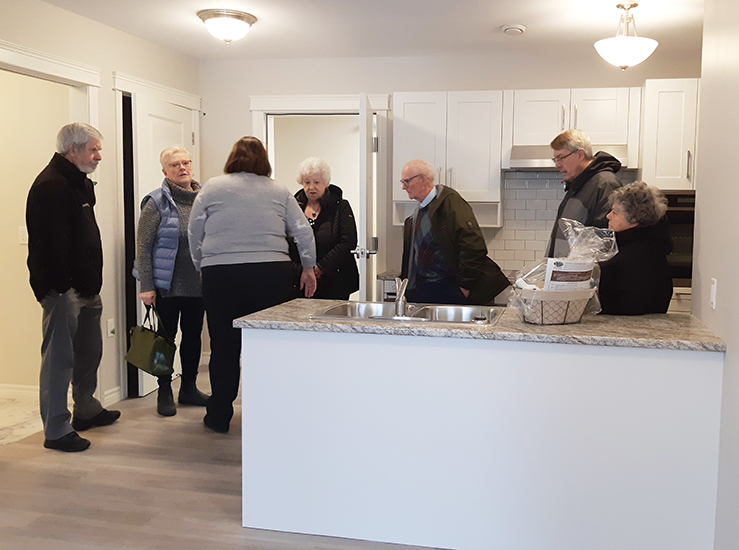 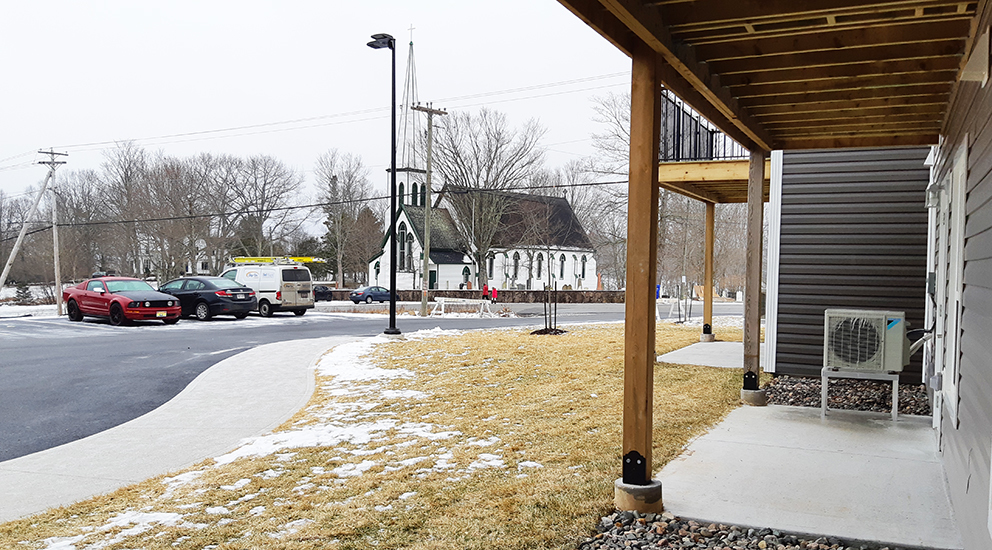 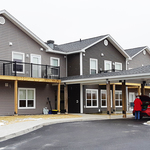 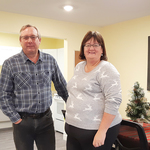 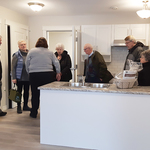 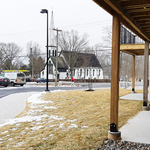 If it weren’t for some idle conversation at a yard sale, perhaps DeMille Place would not exist.

But the seniors’ housing complex across from St. Paul’s Anglican Church in the Parish of Hampton just opened its doors — to 21 one and two-bedroom accessible and near-accessible apartments. The New Brunswick Anglican attended the open house Dec. 22 and has this account.

It was at the Hampton town-wide yard sale in 2016 that a fellow parishioner came up to Donna Leonard, pointed to the land the church owned and said ‘what are we going to do with that property across the street?’

So Donna asked that same question at a church meeting and was promptly asked to form a committee to answer that question! She became vice-chair of the parish’s building committee, which is headed by Steve MacMackin. The land had been donated by the DeMille family and was once part of that family’s dairy farm.

“So we looked at selling it, building apartments, building seniors’ apartments,” she said. “And we met with the bishop and kept rolling from there.”

Their focus on seniors’ housing was set after doing a survey. Next came a feasibility study and a pitch to the Province of New Brunswick for funding.

“We were told no many, many times,” she said. “By the province, the federal government, but we didn’t give up. We just kept going.”

First they were told there was no need for seniors’ housing, but they countered with research to prove that wrong. Then they went to agencies that served clients in need of housing and encouraged them to register with the Department of Social Development. That’s when the province changed its mind on the need.

“Then we heard about the National Housing Strategy (NHS), but were told no, it’s not financially feasible,” said Donna. “We just kept going back to the well. I’ve learned that no doesn’t really mean no until you accept that answer.”

That tenacity has led to DeMille Place enjoying the lowest interest rate that will probably ever be issued by the federal government’s housing authority, the Canada Mortgage & Housing Corporation. For them, it’s locked in at 1.22 per cent over 10 years. That rate has since risen for other projects.

“Without that rate, we wouldn’t have been able to afford the units. I firmly believe God’s hand has been on this,” she said. “It wouldn’t have happened otherwise.”

There are eight subsidized units and 13 market-value units, and all units look the same, making no distinction of which is which.

The units all have heat pumps and are extremely energy efficient, something CMHC demanded. The NHS has three components: accessibility, affordability and energy efficiency, and those high standards were a challenge.

“This means it must be 25 per cent more efficient than the 2015 building code,” said Donna. “It was a high, high hurdle to get over. It took the most work. It was a brand new concept.”

THE PLANS I HAVE FOR YOU
Stephen described the old parish plans from almost two decades ago that did not come to fruition, with good reason, it turns out.

“We were going to build a new church, so we raised money,” he said. “In the end we didn’t go forward. We took the money and bought more land up the hill, but then we didn’t do anything with it.”

As the housing plan moved forward, they wanted something that would fit into the neighbourhood.

“We spent a lot of time looking around and saw what would fit and what would work,” he said, adding they chose a good team to bring the plans together, which included NBCC, Graham Moore and Kelly Peters. Bird Construction broke ground in May, and the whole thing went up quickly, he said.

One of the spin-offs of the building’s opening, said Stephen, was the sale of 10 houses in the community.

Building committee member Pat Hanratty was one of many proud parishioners attending the open house.

“I’m really pleased with how well it got done — and on time,” he said as he toured an apartment.

“A number of people felt something like this was necessary and a good mission for the church,” he said. “And I wanted to be part of it.”

The Rev. David Turner, rector, sized up his role in the project as one of spiritual support, owing in large part to the building committee members’ impressive talents to get things done.

When the answers were consistently no, “we prayed together. At meetings when the problems were discussed, we prayed. And here we are!

“I feel like I spent a long time learning what can be done when it’s determined by faith,” he said. “It was God’s plan to connect and mobilize.”

Donna sums it up this way: “What does God tell us to do? Take care of the elderly.”

THE DONATIONS
The parish donated the land.

Many parishioners and the nine-member board put a lot of effort and time into the project.

Individual donations were received; the Town of Hampton donated water funding of $60,000; the well driller gave a large discount.

The Anglican Diocese of Fredericton donated $35,000.

ABOUT THE BUILDING
Three large wells provide the water for the complex. There is a common laundry room and a room for garbage storage as well.

The first room you see when entering is a large community room with kitchen, where residents can enjoy shared meals, board games and conversation. A hair stylist will be a regular visitor, as will a foot care specialist.

In the apartments, there are shower curtains but no glass shower doors, making life safer for residents and easier for first responders should the need arise.

While five units are deemed accessible, the entire building has what is called a universal design, which means any unit can be easily converted to accessible should the need arise.

A maintenance man, a building manager and a property management company will take over operating DeMille Place. The church board will meet monthly with the company.

1. The exterior of DeMille Place.

2. Steve MacMackin and Donna Leonard show off the community room.

4. The view from the front door of DeMille Place includes St. Paul's Anglican Church across the road in Hampton.