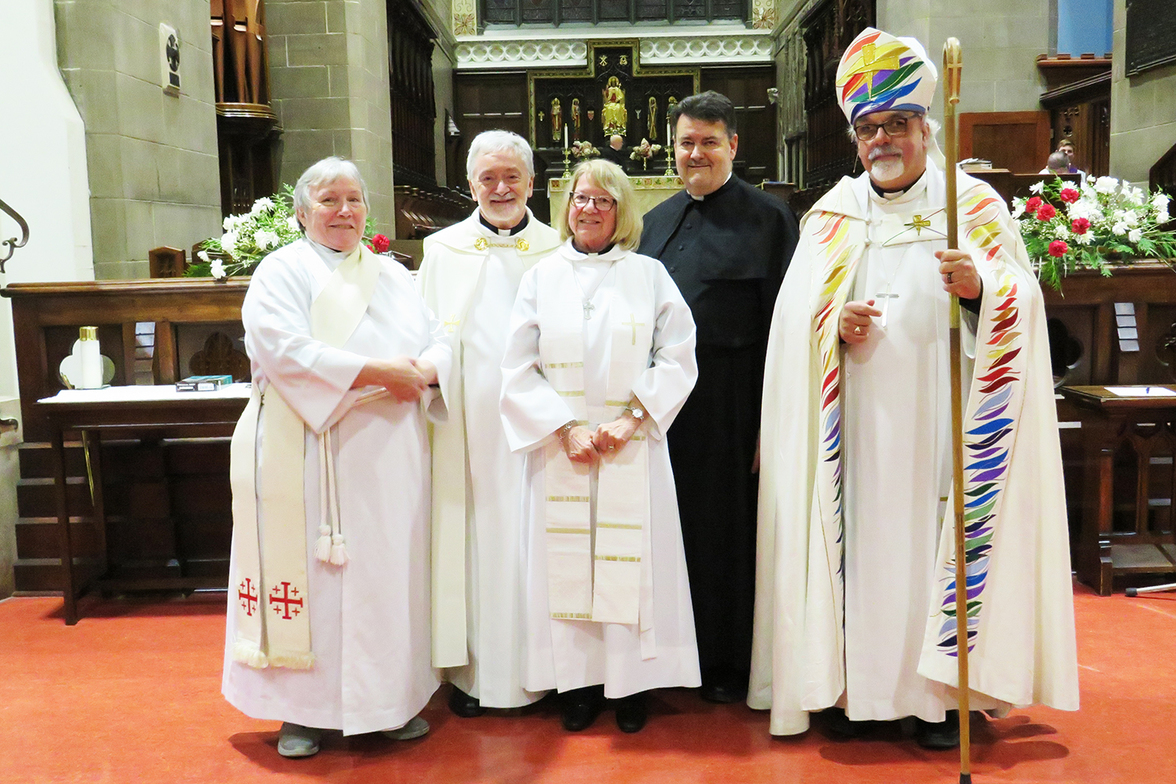 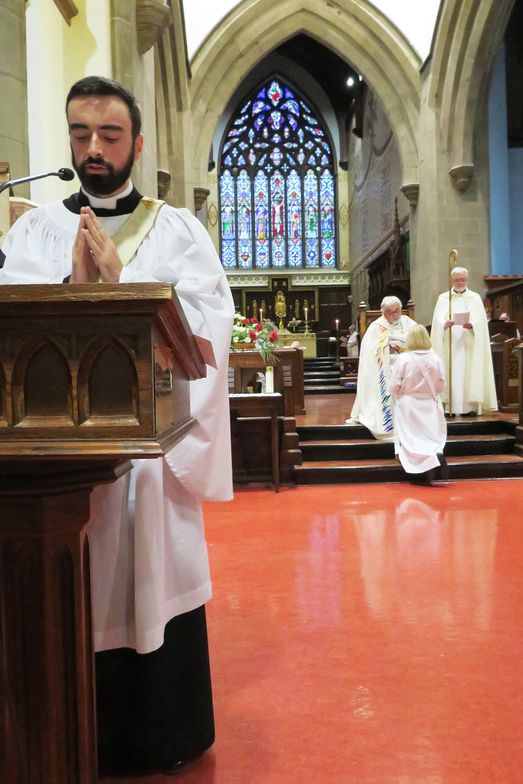 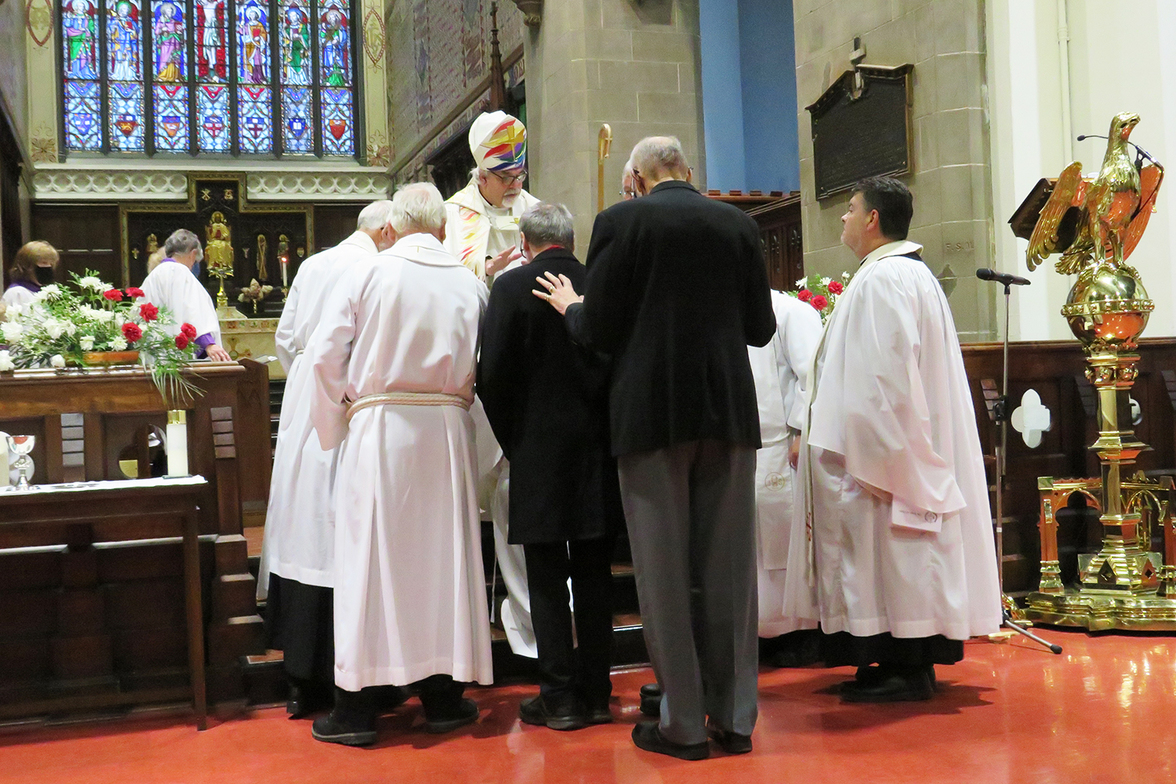 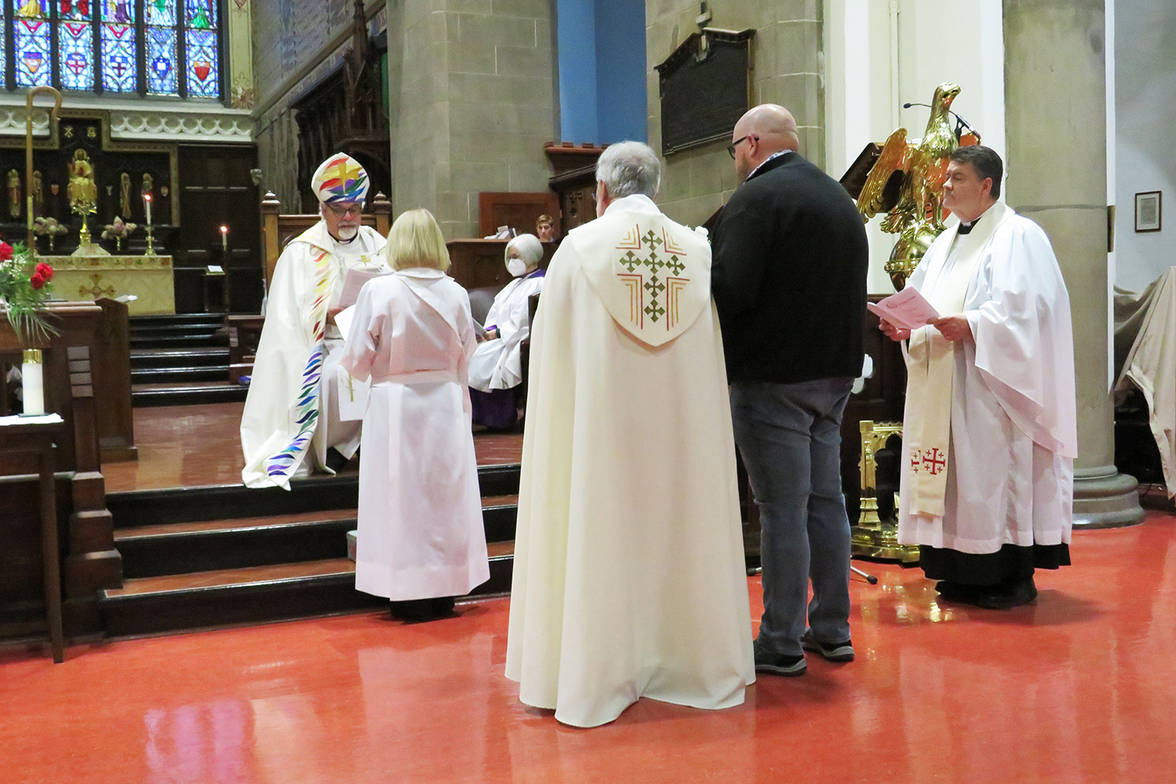 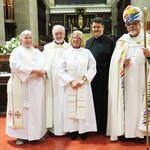 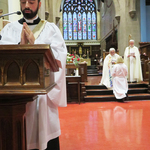 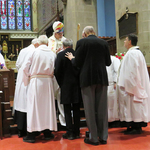 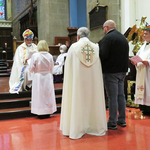 Christ Church Cathedral was the gathering place for the ordination of the Rev. Paulette Black to the priesthood on Nov. 20. She was ordained to the diaconate one year ago at her church in the Parish of Fundy and the Lakes in east Saint John.

It was Janet, Bishop David’s late wife, who identified Paulette as someone who should consider licenced ministry, said David in his homily.

David spoke of the role of priests and the importance of them speaking truth to power.

“There are several of our priests involved with the homeless, standing up to councils and governments,” he said. “There are times when we priests are called to speak beyond our walls in order to bring beauty into people’s lives.”

Whether it’s homelessness, heath care, senior care or something else, priests can be the advocate’s voice while politicians wrestle with the issues.

“Do it with reverence and gentleness,” he said.

“With Pilate, he allows the government to find out who he is. Then the servant king emerges,” he said. “We are all called to serve those around us, to follow in his footsteps.

When Jesus washed the disciples’ feet, Peter voiced objections, “but Jesus says if you can’t do this, you’ll have no part of me at all.”

In his charge to Diocesan Synod two weeks earlier, David told delegates, “One thing we have to do more than anything else is to look into the heart of God and see who he is,” he said.

Christ is the image of the invisible God and we are called to be the bearers of that image. But what are we to bear?

“The whole Church is looking at the character of God, dwelling in that character of love, compassion, peace, and carrying that out.”

Practically speaking, how do we do that? David recalled his time as rector of Stone Church. While walking the uptown neighbourhood in prayer one day, he noticed a marked absence of dryer vents on the apartment buildings.

From that, Stone Church installed washers and dryers in the basement, which was the beginning of a laundry minister still in existence today.

In the priesthood of believers, we all must play a part in that calling — to reflect God to the whole of creation.

David’s prayer was that we would all reflect God’s image. He thanked God for Paulette’s call to ministry.

A few days after her ordination, Paulette had time to ponder the day and what it meant for her.

“In my teen years I wanted to be an Anglican nun,” she said. ‘But being a priest never crossed my mind.”

Instead she became a high school teacher, and when retirement began, she envisioned a relaxed lifestyle. But God had other plans.

“When God called, it amazed me, surprised me,” she said, adding it was the last thing she expected in retirement.

Like many, she ignored that call for several years.

“I really struggled with it, but it persisted, and I knew what I had to do,” she said. “I eventually accepted it, but couldn’t help wondering ‘why me?’”

She gave up trying to answer that question and now, a few years later, she is a priest in her home parish, assisting where she can, mostly in pastoral care.

“There are a lot of shut-ins, a lot of elderly people,” she said. “That’s where I feel called.”

In thinking about the past few years, she described the process as humbling.

“It’s a humbling experience to be called by God,” she said. “It’s a privilege and an honour to be serving.”

Paulette has three main takeaways from her ordination experience.

The laying on of hands, when the bishop and priests lay their hands on her during the Prayer of Consecration, was a high point in the service.

“I felt the weight of those hands on me and the support from them. I felt the responsibility and the commitment. It was powerful.”

Her second takeaway began many years ago.

“My parents would take us to worship at the Cathedral every once in awhile,” she said. “It was a treat. We lived in northwestern New Brunswick and it was quite a trip.”

She never thought, as a girl visiting the cathedral, that she would one day be ordained there.

At the point in the service when she joined David at the altar, she said, “it seemed like a very long walk from the chancel steps to the altar. I thought, 'this is our journey as Christians.'”

Her third takeaway was during the Eucharist when she, as a newly ordained priest, distributed the bread.

“I was surprised at how emotional I was. I experienced a deep sense of connection to each person as they came and a love that seemed to overflow.”

Paulette had the added joy of having her children and grandchildren present to witness the event. With pandemic restrictions, it’s been some time since they were all together.

“Our children and grandchildren were there, and it added so much,” she said.

2.  The Rev. Nicholas Saulnier sang the litany during the consecration.

3.  The laying on of hands during the ceremony was particularly powerful for Paulette.

4.  The Ven. Leo Martin and parish development officer Shawn Branch during the presentation.